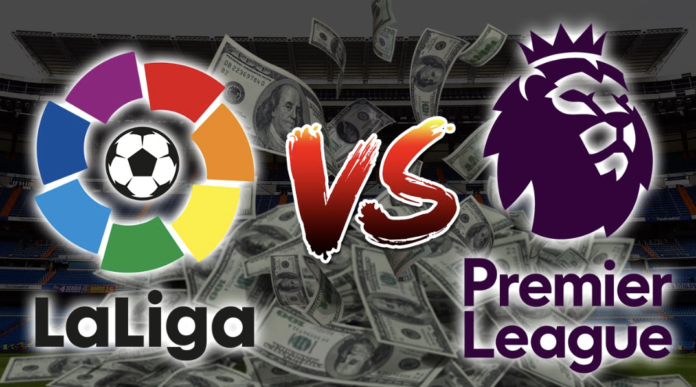 One of the sports that most attracts the attention of men and women is, without a doubt, soccer. Being the “king sport” par excellence, there are countless people who practice it and many more who enjoy it as spectators. However, this is not a coincidence. There are a series of factors that place soccer in a privileged position, such as the fact that it can be played with practically no means or that the set of rules that define it are internationally known.

Another factor is the existence of different sports cultures in each country and also the rise of sports streaming, which brings the incidents and emotions of what is happening on the playing field to any place. For example, in Spain, coaches and fans say that the focus on ball possession and combination attack defines the soccer played by the best teams. In England, direct play and the intensity of the duels seem to explain what happens on the pitch. And when it comes to streaming, each country also has its own particularities.

In addition, soccer also encompasses other perspectives or visions: sporting model where everything related to the playing staff and the team’s philosophy (quarry, signings…), sporting management where everything related to merchandising (tickets, shirts…) would be included. In the case of the Premier League and the Spanish League, which compete for the honorary title of best league in the world, some of these aspects help to make a comparison and reach some conclusions.

Regarding the differences in the style of play of each championship, it is valid to point out that despite the fact that there are many coaches and players from outside England who come to the Premier League, the games are much more intense and frenetic than those of La Liga. There is a lot of direct play and second plays. In Spain they look more for control through ball possession and tactical order. LaLiga is a tournament with a higher average technical level than the Premier League.

And if we talk about systems, they are increasingly similar, 4-2-3-1, 4-3-3-3, 4-4-1-1 and 4-4-2, are used in both countries. The level of the team conditions the style of play. In Spain they look more for passing and support, but in England many teams also try to move the ball on the ground, although the game in general is more direct as we have seen in the long passes and with more presence in the opponent’s area, as reflected in the shots taken and goals scored.

And on the technical differences between the two leagues, we note that the highest values in relation to duels played and won were for the center backs and fullbacks. The strikers in the Spanish league were the ones who won the most duels compared to the English ones.

Another of the attractions of the Spanish league in 2022, one of the reasons why it steals the limelight from the Premier League, from a media point of view, is the duel between Lewandowski and Benzema, a battle of ‘nines’ that epitomizes the historic struggle between FC Barcelona and Real Madrid in this edition of La Liga. The reinforcements of the culé team try to raise the fight for the title to the top again, a little decaffeinated by the weakness of the azulgrana squad last season.

Both players are veterans and are called to lead every project. The Pole is 33 years old and the Frenchman 34, but they never stop scoring goals. Last year, it was the Catalan player who won the battle, with 50 goals in 46 games, while the ‘gato’ scored 44 in the same number of matches. The ‘gato’ scored 44 in the same matches. Who will emerge as the champion of this particular dispute?

When it comes to the sale of the clubs’ broadcasting rights, the English league has once again shown itself to be one step ahead of the rest of the competitions when it comes to negotiating. Its ability to sell the clubs’ broadcasting rights centrally at such a high price not only empowers the whole championship, but also allows all clubs to grow in a similar way without there being big differences between the most powerful and the most modest. Whereas, in Spain, the differences between the entities are increasingly higher, resulting in an unequal tournament in which surprises are practically non-existent.

These analyses allow us to conclude in relation to these two leagues that although the Premier League is a more open competition than La Liga Santander, there is no comparison in the greatness of Real Madrid and Barça. In England there are no teams with that tradition and demand.

It was also demonstrated that the Premier League is a competition that has much more purchasing power than LaLiga, also as in England the television distribution is more equitable than in Spain, of course the income is also more substantial and is that the Premier knows how to sell its product very well. However, in terms of style of play, LaLiga is a tournament with a higher average technical level than the Premier League.

Barcelona Travel Tips to Ensure You Have a Great Vacation

Barcelona Players that Have Represented Brazil at the World Cup

Are the new structural changes at Barcelona a good thing for...

Barcelona Players that Have Represented Brazil at the World Cup