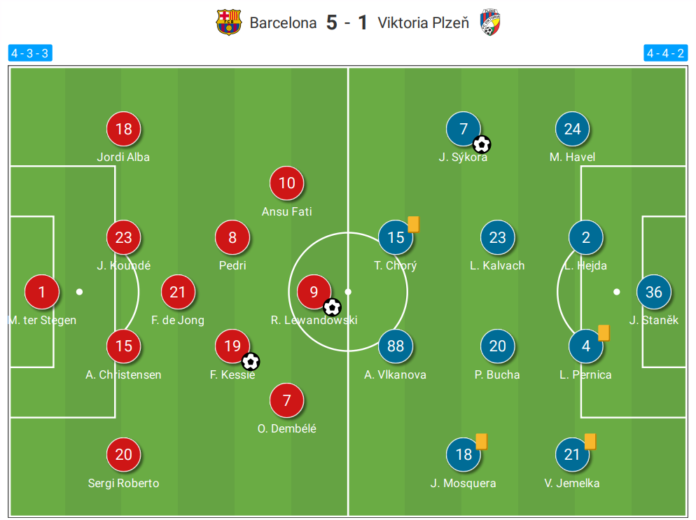 Barcelona lead Group C in the UEFA Champions League after a thumping 5-1 victory over Viktoria Plzen. Robert Lewandowski scored a hat-trick in his first appearance for Barcelona in the elite competition and became the first player to score a hat-trick with three different clubs. Ferran Torres and Franck Kessie also scored their first goals for Barcelona in the Champions League.

How many positional attacks were created by Barcelona? Who won the highest number of aerial duels for Viktoria Plzen?

To navigate the stats gallery, simply click on the numbers to move through the pages. 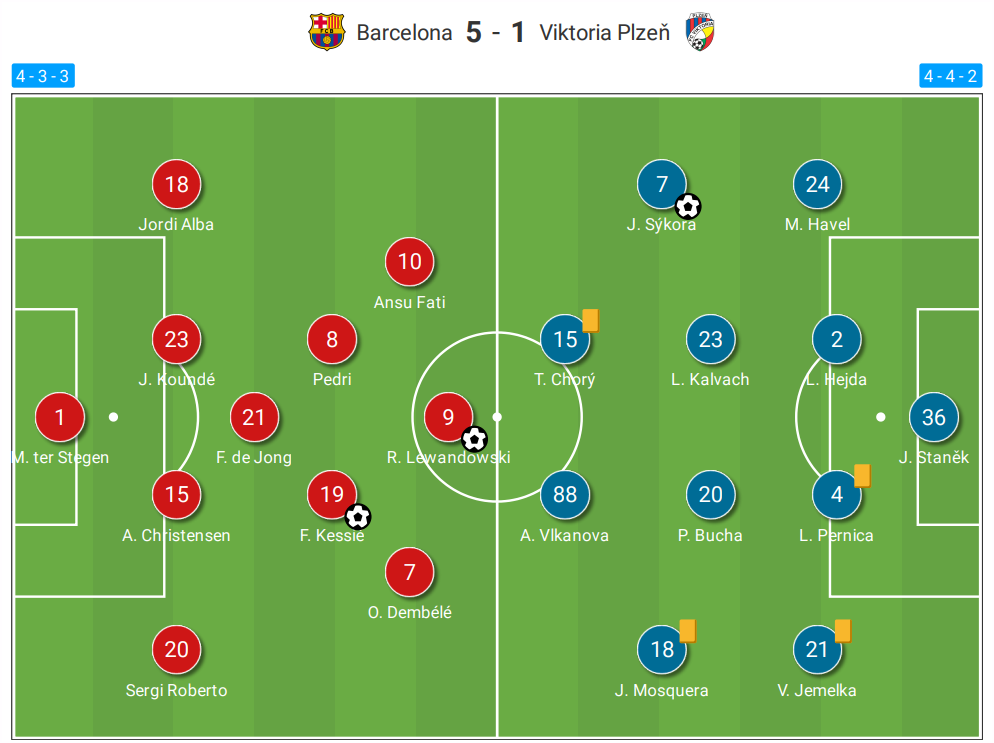