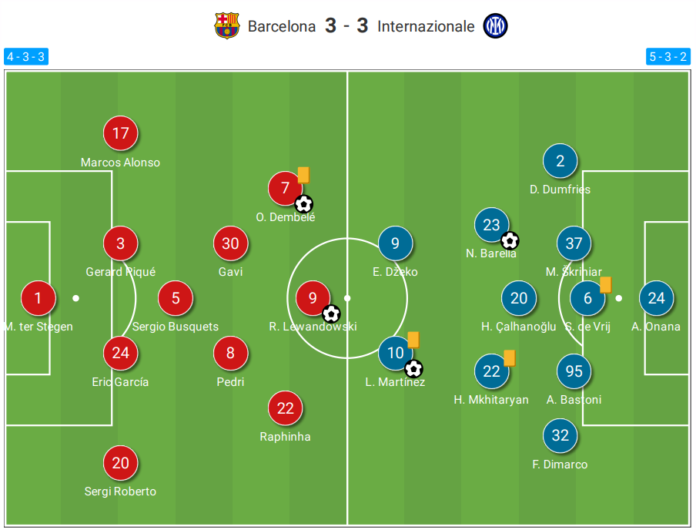 Barcelona and Inter Milan played a thrilling 3-3 draw in the UEFA Champions League. This draw has kept their hopes alive for qualification for the knockout stage of the competition. The home team was leading 1-0 at the end of the first half. Inter Milan scored back-to-back goals and took the lead. Three goals in the last ten minutes of the match handed one point to both teams.

How many crosses were attempted by Barcelona? What was the shot accuracy rate for Inter Milan? 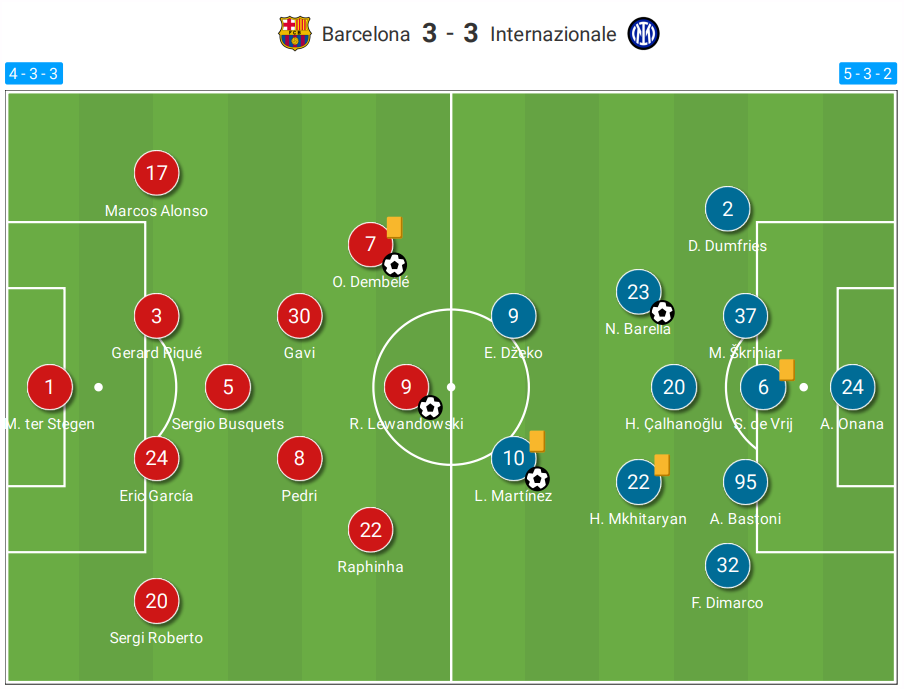 ‘Cream of the crop’- Barcelona should consider Willian free transfer

Is Ousmane Dembele’s time over at FC Barcelona?

Ilaix Moriba: Is Barcelona’s 16-year-old the next Paul Pogba?

Under the microscope: How could Barcelona line up in their UEFA...