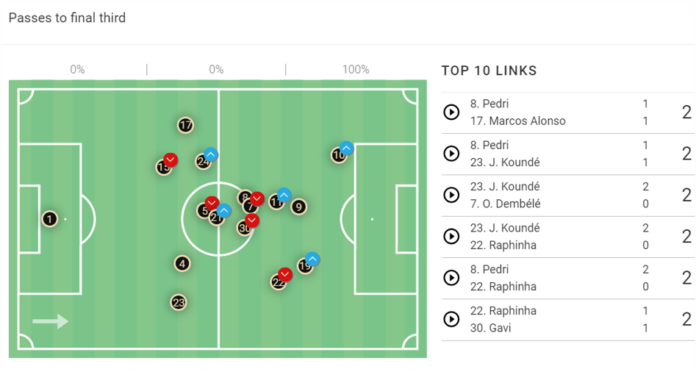 Inter Milan have scored and conceded two goals each in the first two matches. They average 1.29 xG and 1.65 xGA per match. They struggled against Bayern Munich but were the better team against Viktoria Plzen.

Barcelona started the season with a 5-1 win over Viktoria Plzen, and their last match ended in a 2-0 defeat. Xavi’s men average 2.5 goals with an average xG rate of 2.8. Their defence has conceded 1.5 goals per match, with an average xGA of 1.04. 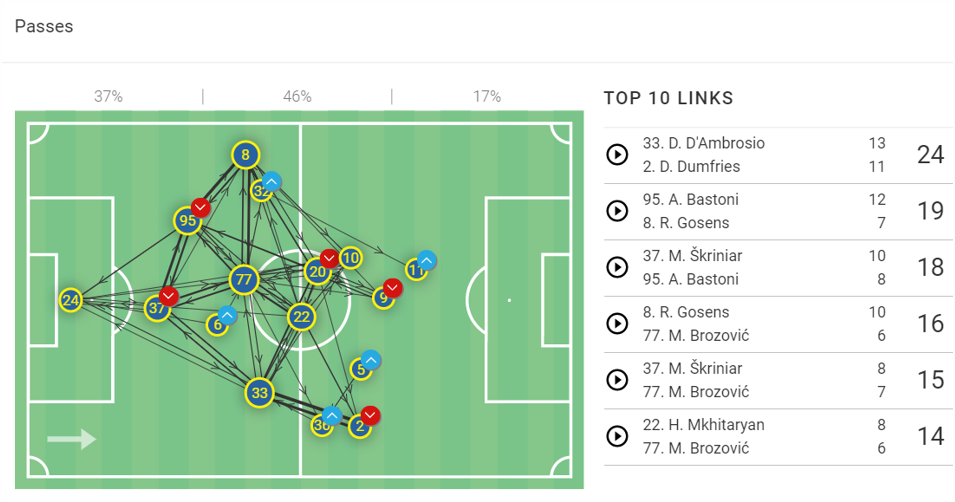 Inter Milan plays in a 3-5-2 formation. They have been playing in the same formation since the past season. The above viz shows the average position of the players against Bayern Munich. It shows that the right wing-back played a high attacking line and his average position was inside the opposition half. One of the midfielders plays as a defensive midfielder while the other two take on a more attacking role. 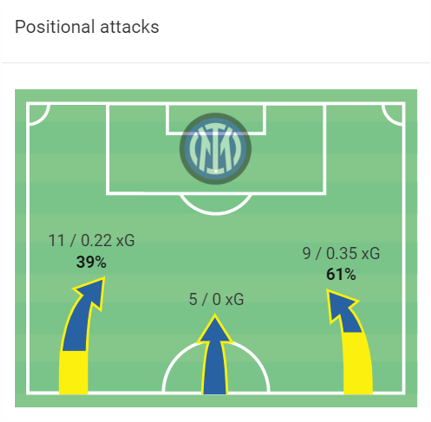 Inter Milan averages 27 positional attacks and 12 shots per match. They create most of the chances from the flanks. Inter Milan will try to hit Barcelona on the counterattack. They average 3.5 counterattacks and will look to break against a possession-based Barcelona side.

Barcelona in the second half 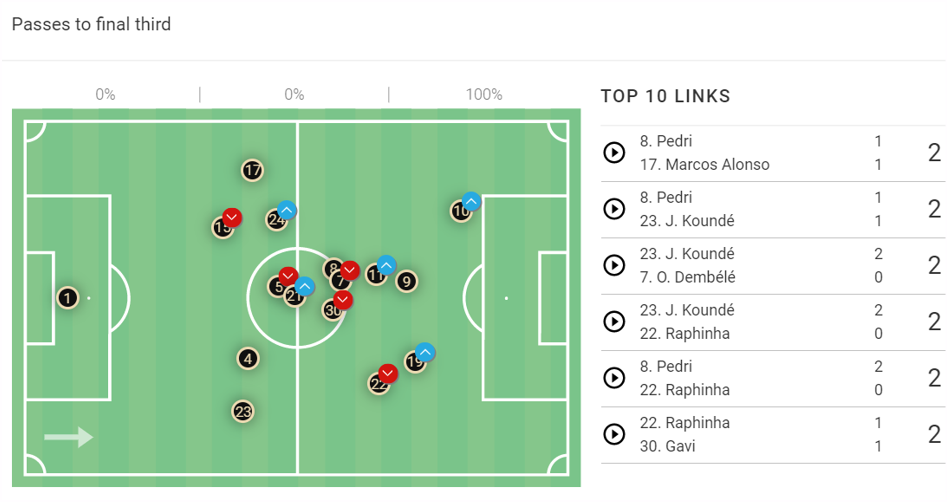 Barcelona will try to create chances from the flanks as well as from the centre. They average 36.5 positional attacks and 17.5 shots per match. Xavi’s men also average three counterattacks. The above viz shows the passes to the final third in the second half against Bayern Munich. This shows that they will try to find Dembele or Raphinha in the attacking third. 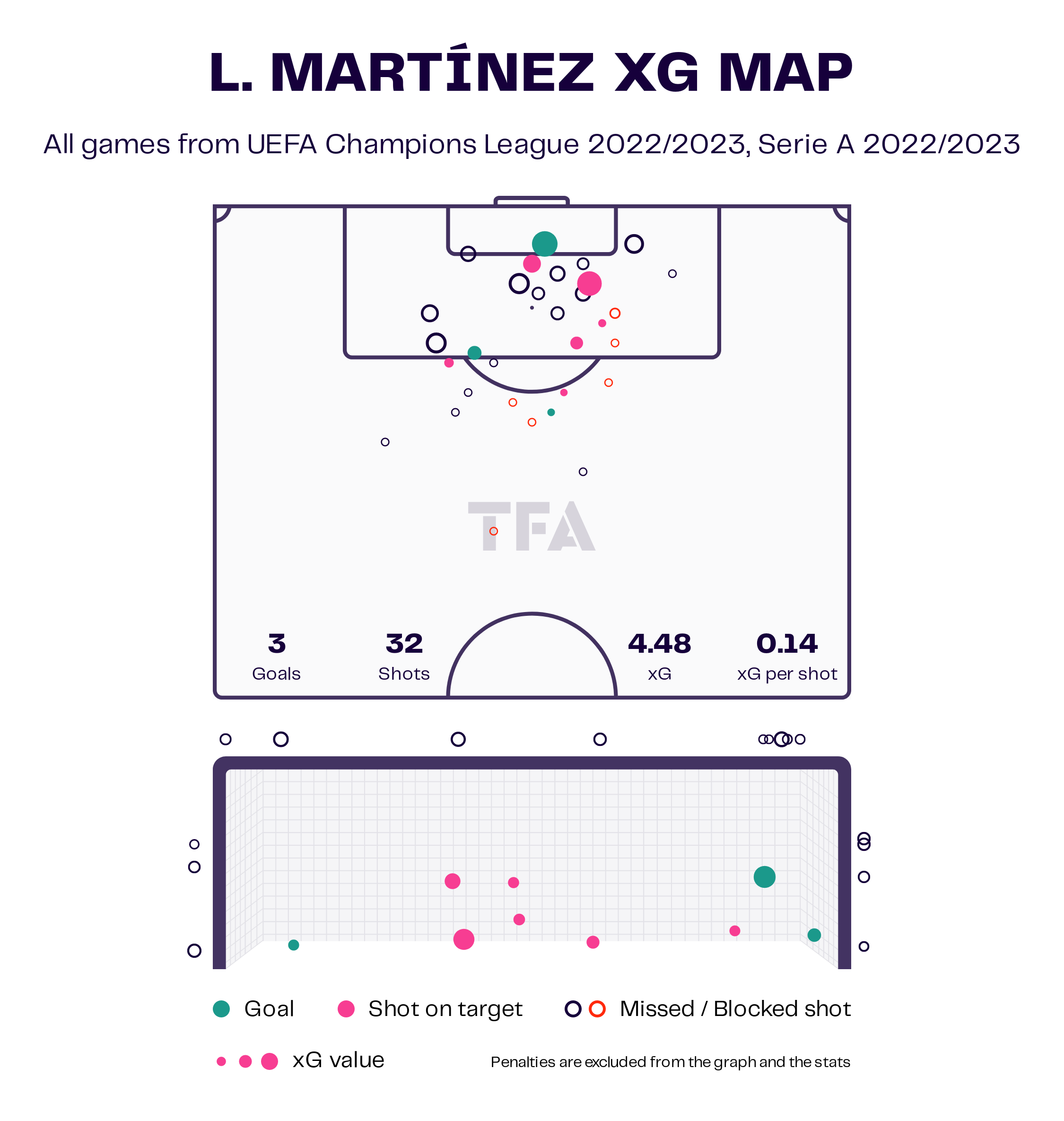 Inter Milan’s main threat will be carried by Lautaro Martinez. He has appeared in ten matches and scored three goals. The above viz shows that Martinez can find space inside the box and likes to attempt a shot. He will look to trouble an injury-hit Barcelona defence. 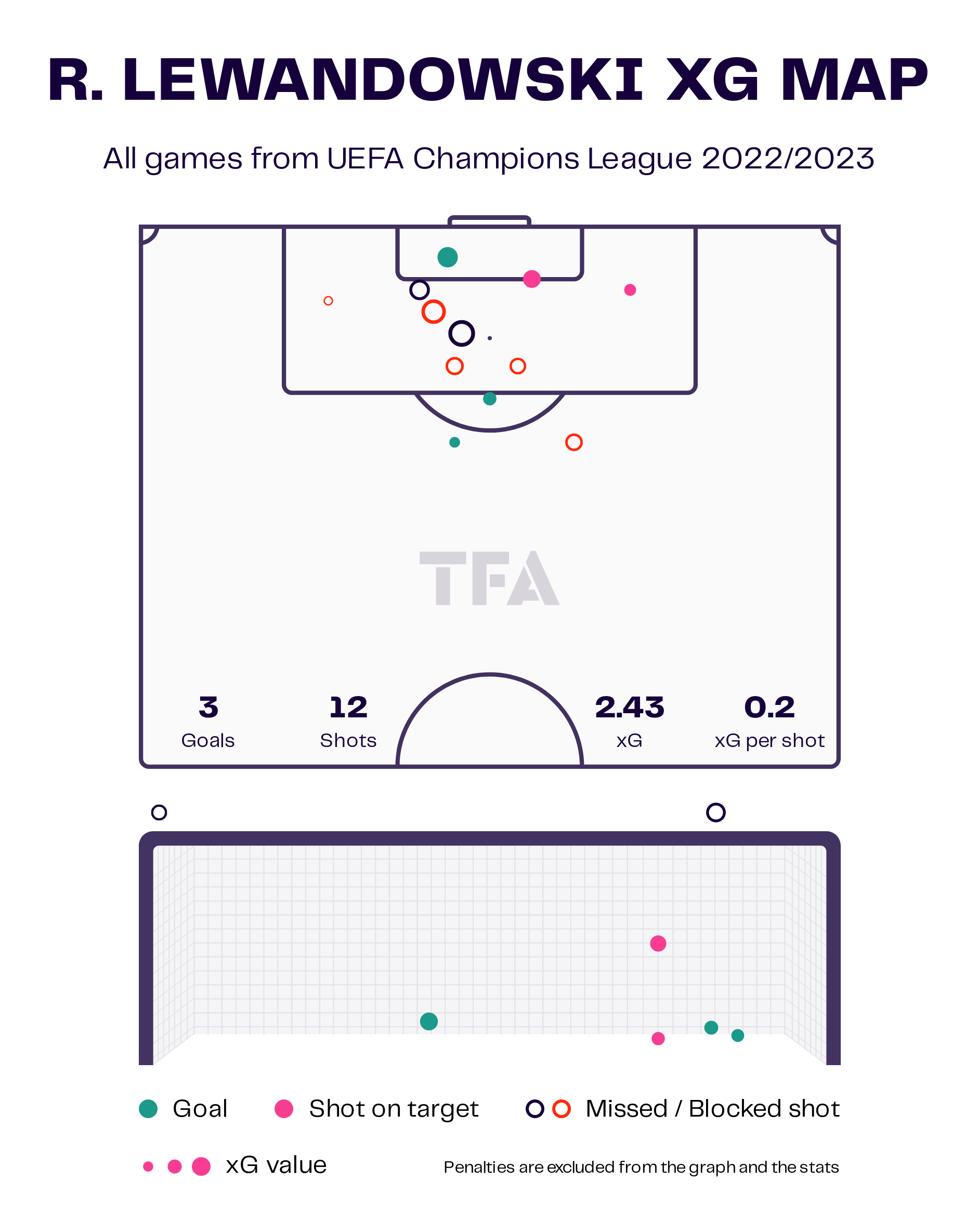 Robert Lewandowski will be the main threat for Barcelona. The Polish international has scored 12 goals in nine matches for Barcelona in his first season at the club. The 34-year-old scored a hat-trick against Viktoria in the first leg and will look to add more goals to his tally.

Inter Milan will be without their key midfielder Marcelo Brozovic, who sustained an injury on international duty. Romelu Lukaku is still out with an injury.

Barcelona have a few injury concerns as Frenkie de Jong, Memphis Depay, and Jules Kounde got injured while playing on international duty. Ronald Araujo and Hector Bellerin are also injured. If Xavi decides to play, Sergi Roberto could feature in the right-back role.

This is a must-win game for both teams. With the kind of form they have shown this season, Barcelona will have the edge over Inter Milan. They have been a better attacking side and created more threats. Barcelona have also conceded only four goals in nine matches this season. The match promises to bring a lot of excitement.

Draw at Camp Nou sees both Spurs and Barcelona advance to...