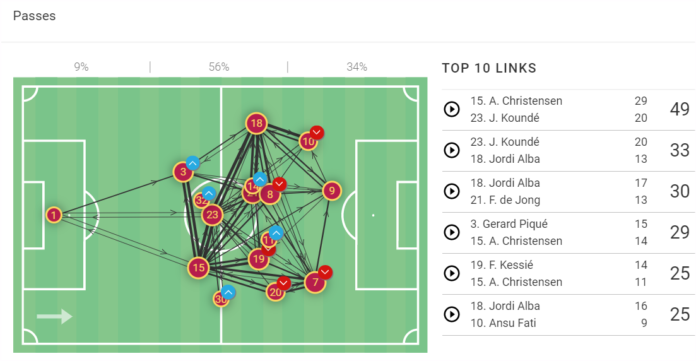 Bayern Munich will play host to Barcelona in their second round fixture of Group C in the UEFA Champions League. Both these teams have already registered a win in their first matches and now aim to replace each other at the top of the group table.

Bayern Munich started the season with an impressive 2-0 victory away at Inter Milan. The Germans scored two goals with an xG rate of 2.94. The German side are struggling in the Bundesliga and have drawn their last three matches.

Barcelona faced rather easy opponents, Viktoria Plzen, and registered a 5-1 victory. They ended the match with an xG rate of 2.72. Barcelona recently won their fourth consecutive game in the LaLiga and will be high on confidence. 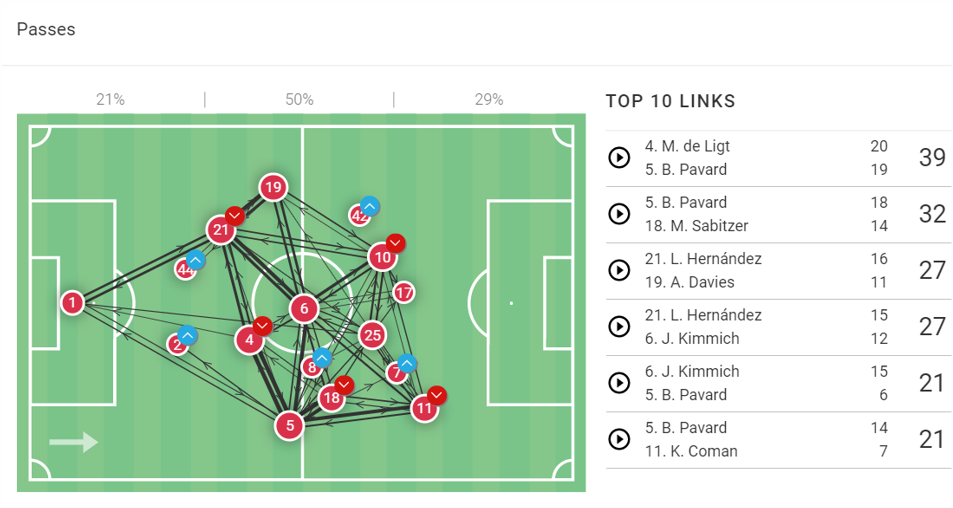 Bayern Munich like to dominate possession in the game and are very direct with their attacking approach. The German club prefers to play in a 4-2-3-1 formation. The above viz shows the passing channels and the average position of Bayern players. We can observe that Joshua Kimmich stays in the heart of the midfield and acts as the main distribution channel. The German side attempted 602 passes with an 89.4% accuracy rate in the last match. These included 55 passes to the final third with a 92.7% accuracy rate. They might use the same game plan and break Barcelona’s sturdy defence. 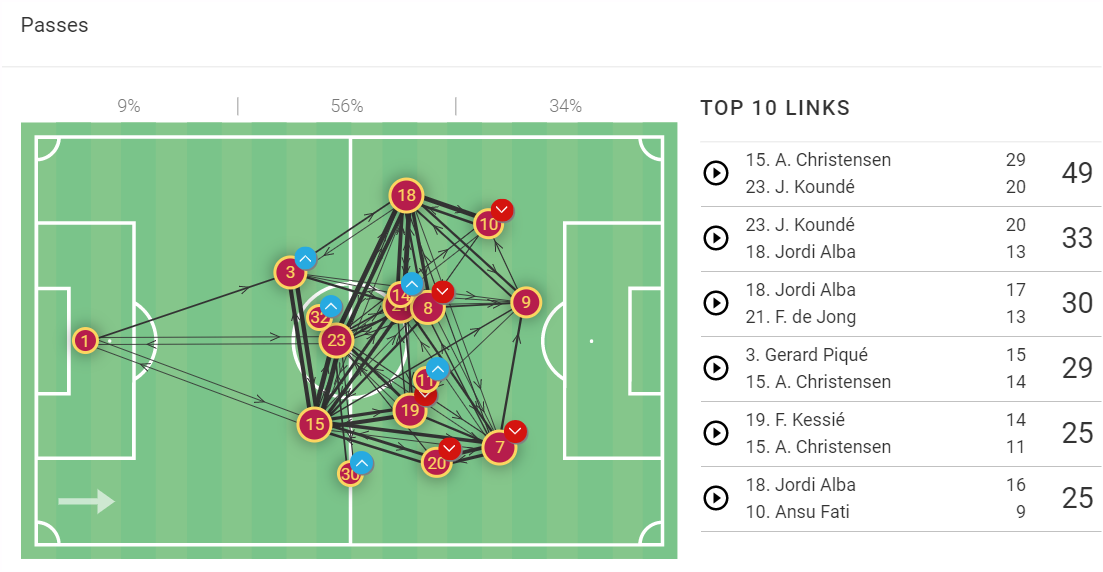 Barcelona plays in their preferred 4-3-3 formation. The Spanish side also like to keep hold of the ball, and this match could feature a few midfield battles. Sergio Busquets plays a similar role to Kimmich, but the former makes few forward runs while Kimmich likes to run box-to-box. The two wingers will play a key role for Barcelona and will be their main creative forces.

Bayern Munich on the counter 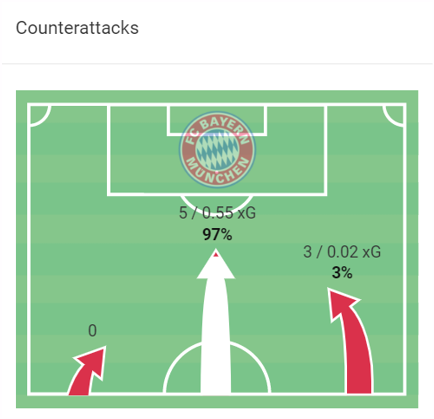 Barcelona must keep in mind Bayern Munich’s counterattacking threat. In the match against Inter Milan, Bayern players made eight counterattacks and attempted five shots from these attacks. Most of the attacks came from the centre. Other than this, 32 positional attacks were created, and most of them came from the right side. 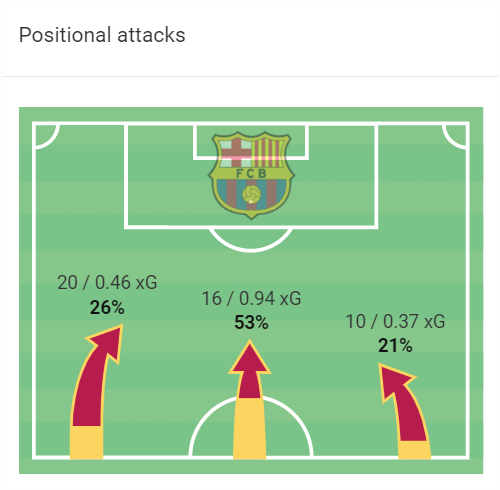 Barcelona possesses most of the threats from the flanks. However, their midfielders are also finding their touch and have started to create some chances from the centre. Pedri and Gavi have improved under the guidance of Xavi and will play a key role in this match. Ousmane Dembele and Raphinha will be the constant suppliers of dangerous passes to the penalty area. 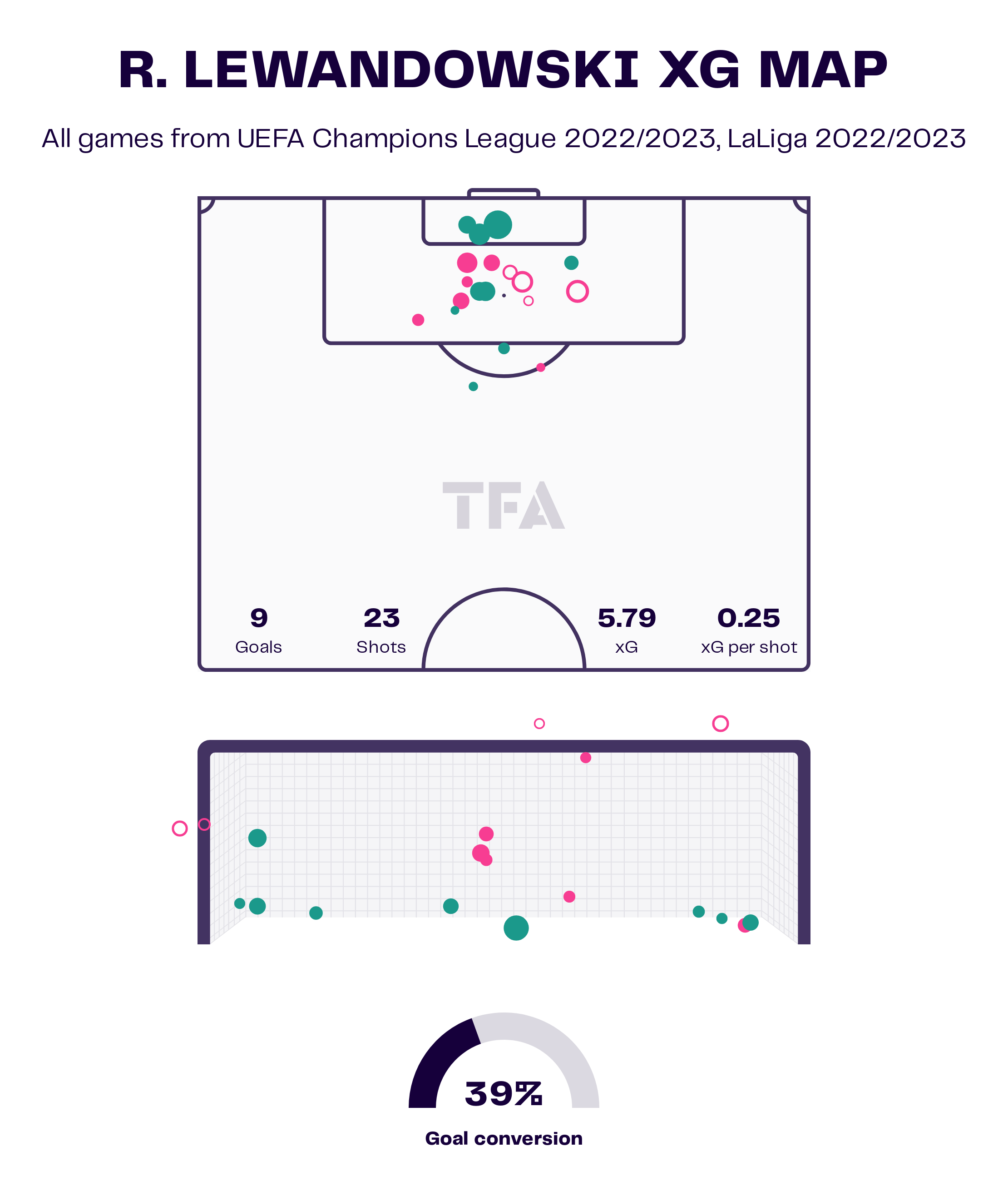 Robert Lewandowski will be the figure of attraction in this match. The Polish international joined Barcelona in the summer and has been a key figure in the Spanish side’s attack. He has scored nine goals this season, including a hat-trick in his first UEFA Champions League appearance for his new club. Lewandowski will look to haunt his former club and score a goal or two to help Barcelona secure three points. 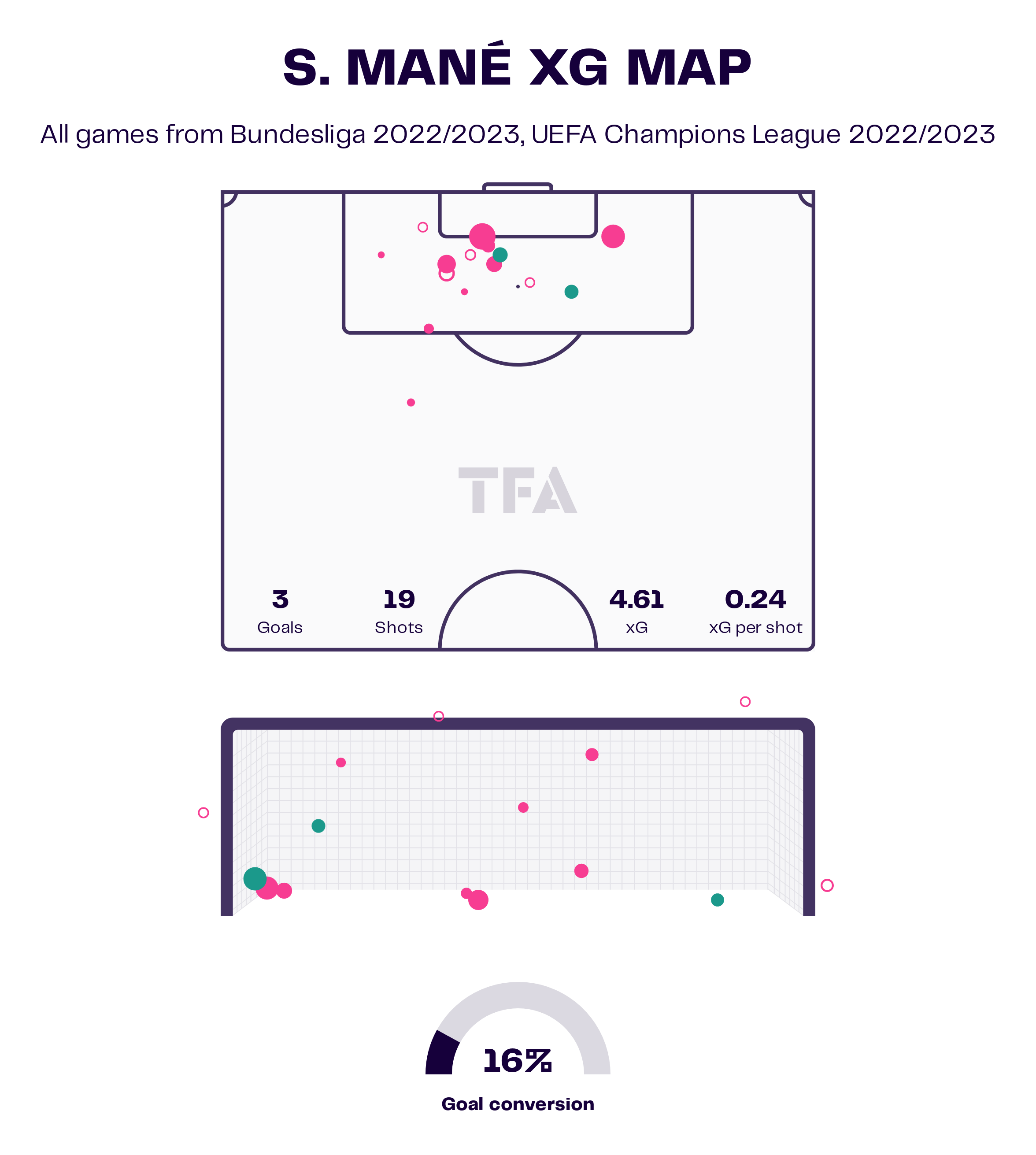 Sadio Mane was the marquee signing for Bayern Munich in the summer. He has scored three goals already and will be hungry for more. This will be a perfect opportunity for him to establish his name in German football. He will look to make full use of the opportunity in this match.

Bayern Munich will be without Kingsley Coman and Bouna Sarr for this match. There are no new injury concerns in Bayern’s camp.

Xavi also has no new injury concerns and will be starting his best 11 against a tough Bayern Munich side. He has already rested his key players in the weekend’s match, and they will be fresh to start against Bayern Munich.

This will be a tough test for both teams as they look to take hold of the top of the group table. Both teams are in-form and have quality players in their squads who could change the result of the game. A win for either of the two teams could cause a lot of changes in the standings. This is a crucial match for both these teams.

‘Cream of the crop’- Barcelona should consider Willian free transfer

A shocking transfer target for Barcelona; After Braithwaite nothing looks unreal...

Barcelona finish the job at the Camp Nou and advance to...