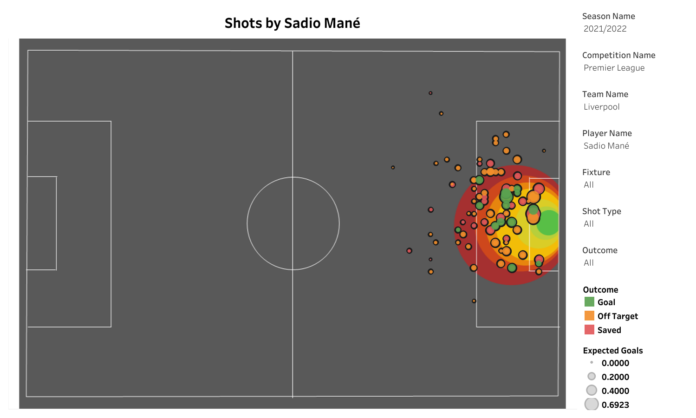 Barcelona are looking to spend money on a quality forward who could win silverware for them in the upcoming season. They are eyeing players who have already performed well at the top level and could help their side to reach newer heights. One of the players identified as a potential target by the Spanish club is Liverpool’s Senegalese forward, Sadio Mane. He has impressed on the big stage and is linked with a move to other clubs towards the end of every season. His consistency has impressed everyone, and he has proven to be a match-winner for his side. Liverpool will play in the UEFA Champions League finals and are still in the English Premier League race. Sadio Mane has played his part, and here are some of the stats which show why Barcelona are after the forward.

Sadio Mane has featured in 33 league games and has netted 15 goals, along with two assists. The player has already scored more than 20 goals this season, with five coming in the UEFA Champions League in 12 appearances, and two in the FA Cup. 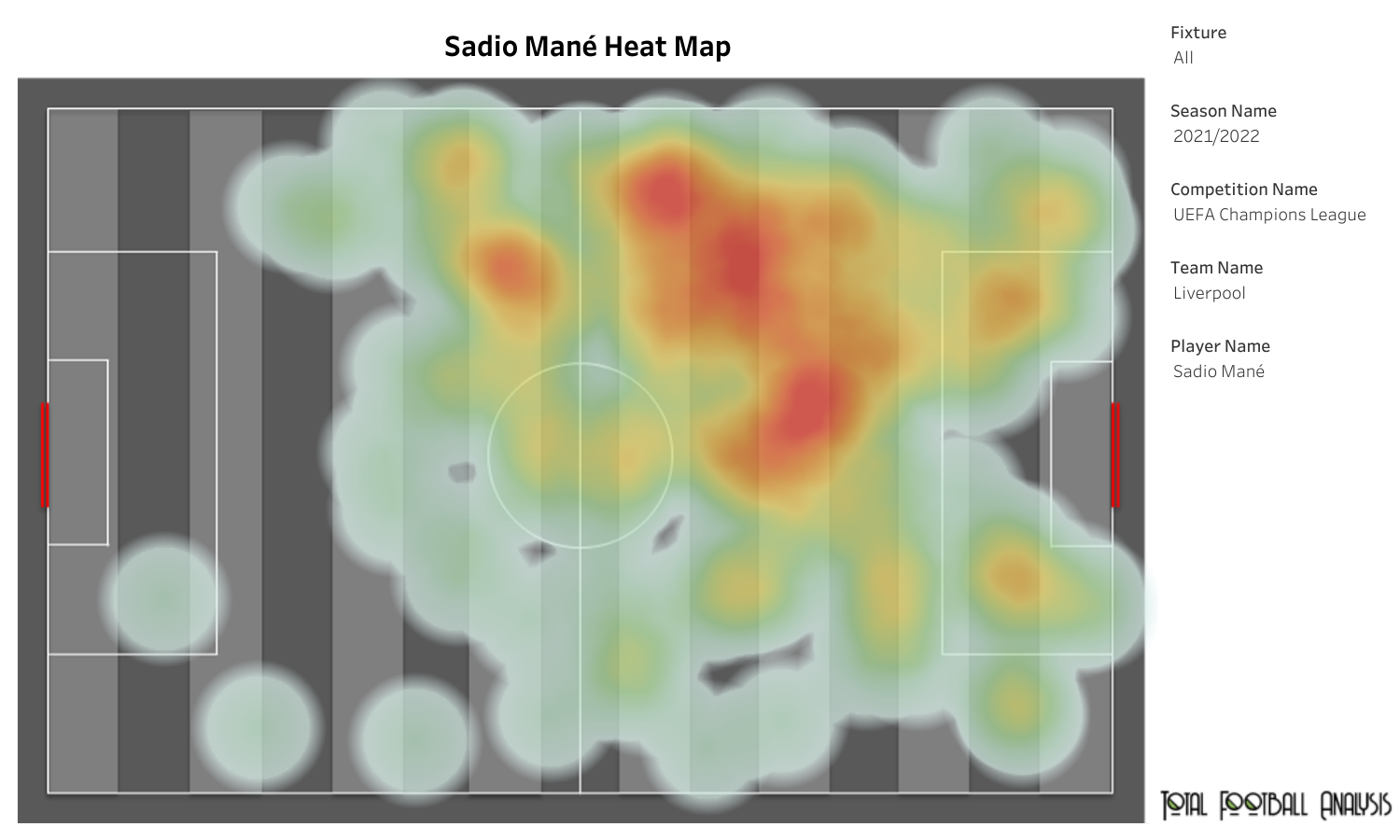 The above heat map shows Sadio Mane’s position this season. Barcelona and Liverpool play in a 4-3-3 formation. Sadio Mane featured on the left and used to swap positions with Diogo Jota, who played in the centre. Luiz Diaz was signed in the winter transfer window, and he has impressed the manager from day one. Since his signing, Mane has played through the centre for the Reds. Barcelona have Pierre Emrick-Aubameyang, Ferran Torres and Ousmane Dembele in the attack. Ferran Torres can play wide as well as in the number nine role. The situation is similar to that of Sadio Mane. 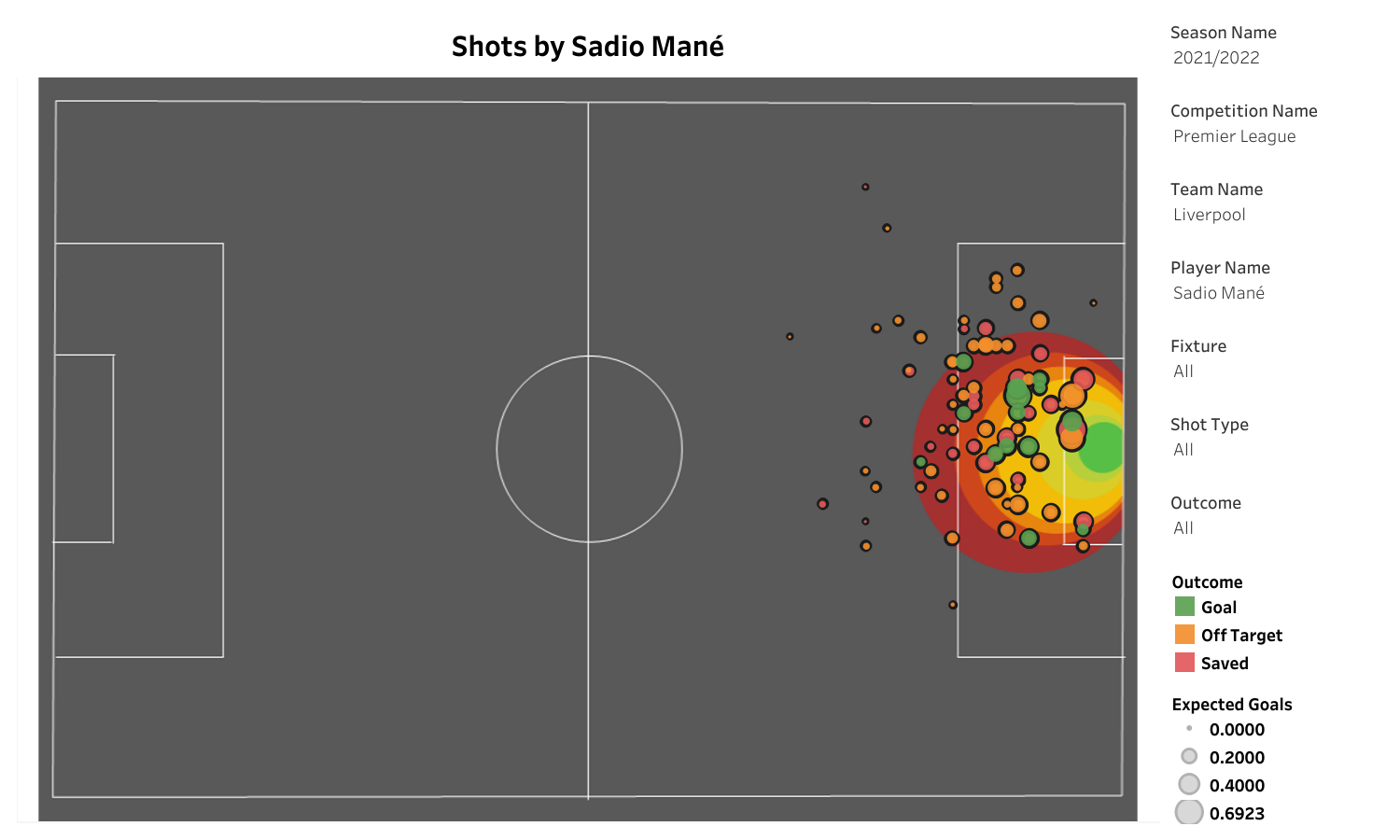 Sadio Mane is the second-highest goal scorer for Liverpool this season. The above viz shows all the shots attempted by him in the English Premier League. The 30-year old has impressed since the start of the calendar year and has managed to score eight goals in 14 appearances. The other seven goals came in 19 appearances. Sadio Mane has attempted 88 shots in the league and has managed to hit the target 37 times. All the goals have come from open play or set-pieces, and none of the goals have been scored from the penalty spot. The player has found space inside the opposition box and has converted most of his opportunities. In the UEFA Champions League, Mane has attempted 17 shots, with seven of them on target. He has attempted shots from similar positions, as shown in the above viz. 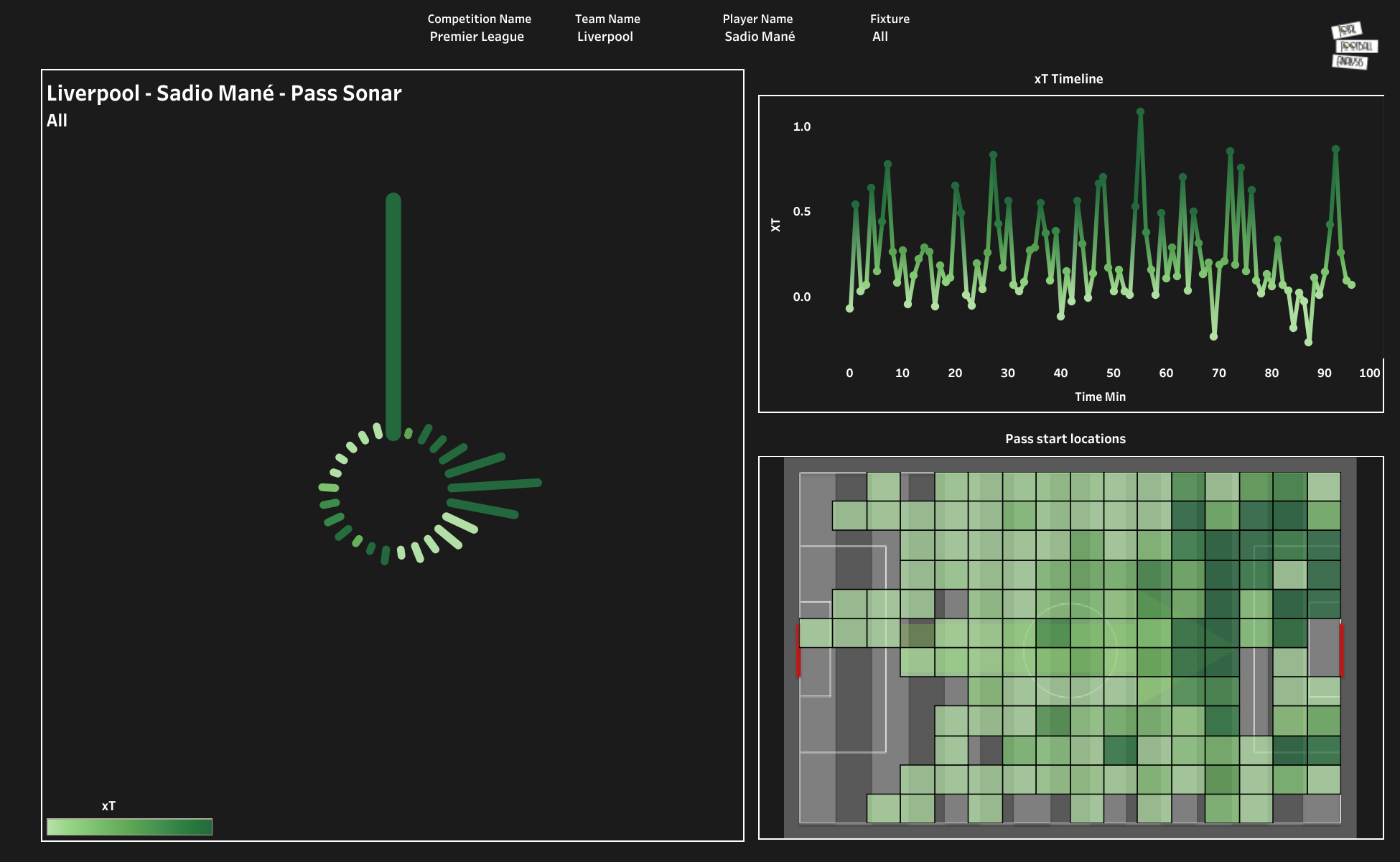 By looking at the pass start location chart in the above viz, we can observe that the forward likes to penetrate the opposition’s penalty box from the left side. He likes to stretch the opposition defence and find his teammates with low crosses into the penalty box. The xT timeline shows that Sadio Mane always creates threats whenever he has the ball at his feet. He has attempted most of his passes towards left-back Andrew Robertson. However, the highest threat is created by the passes attempted towards Mohamed Salah. Mane has provided two assists, and both were provided to Mo Salah.

Sadio Mane could be the player that Barcelona are looking for. He could easily fit into Xavi’s plan and help him to win his first silverware as Barcelona manager. The Senegalese international has pace and strength that could trouble the opposition’s defence. However, it could be hard for Barcelona to convince the forward, and Liverpool might also demand a high fee. They will try their best to sign the player.