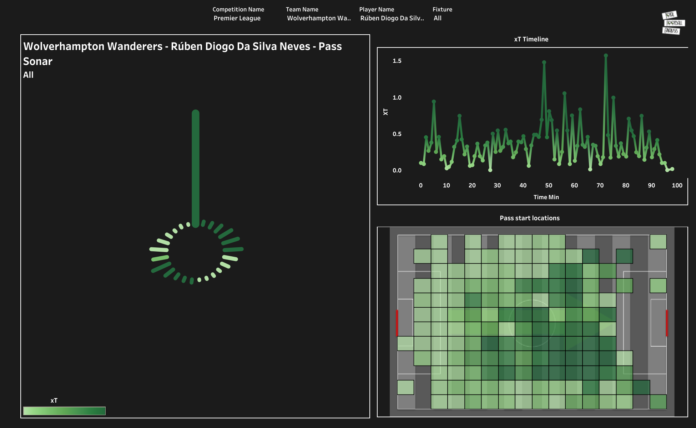 Ruben Neves could be on the move away from Molineux after getting linked to a move to some of the biggest European clubs. The 25-year-old has spent four seasons in the English top division and is regarded as one of the best midfielders. He was ever-present in Wolves’ midfield and was the main supplier of the ball. His ability to pass the ball and control the play has impressed Spanish club FC Barcelona, and they are keen on signing the player. Frankie de Jong could be on the move away from the club, and Neves, who is playing at the top level, could be the ideal replacement for him. Here are some of the stats that will highlight his performances from the 2021/22 season. 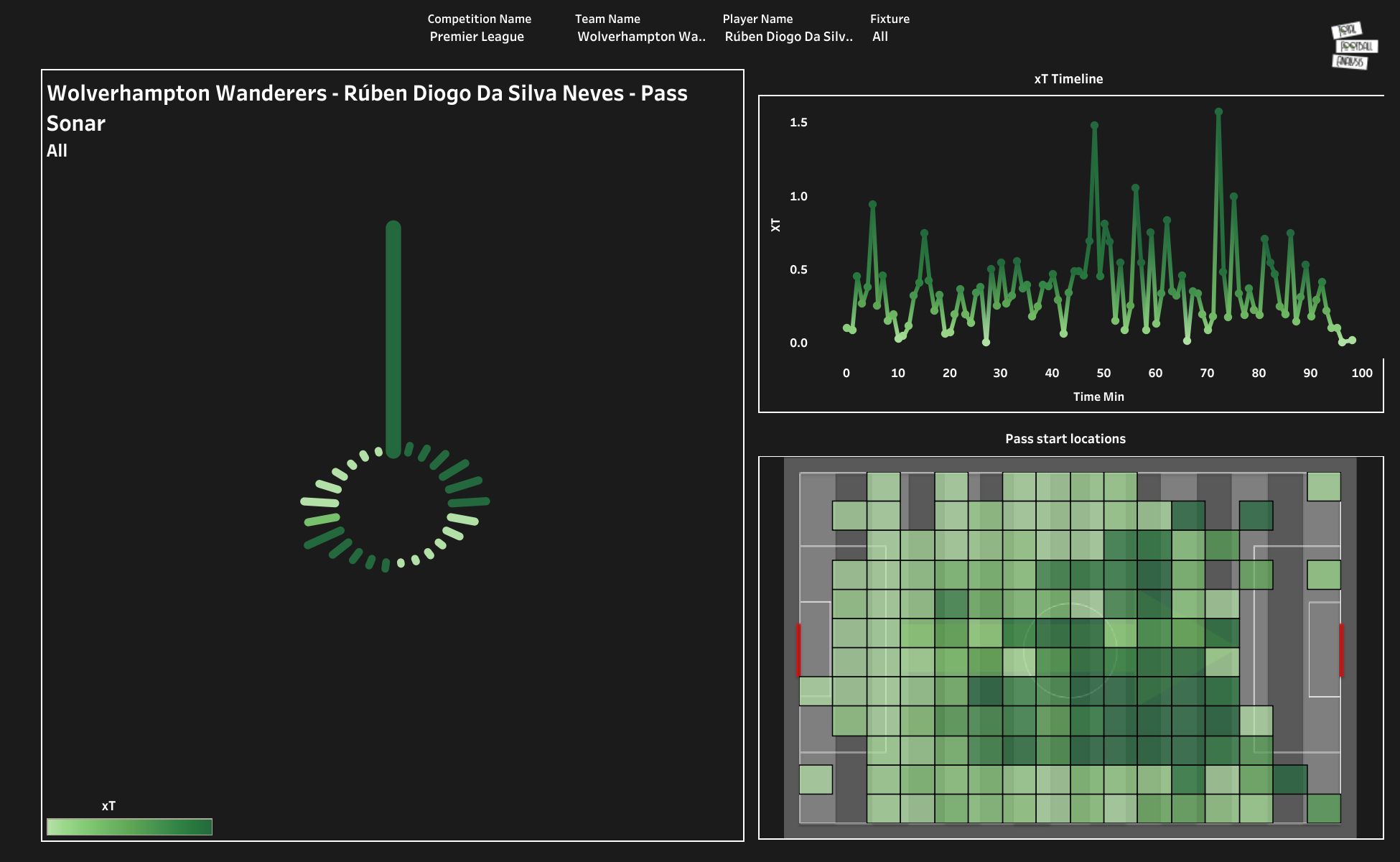 Ruben Neves made 33 league appearances for Wolves this season and was ever-present in the heart of the midfield. Wolves play with a midfield three, and Neves plays more in a defensive midfield role. He bagged four goals and provided two assists this season. The above viz shows the pass start location as well as the expected threat timeline. Ruben Neves has attempted most of his passes from the midfield third into the attacking third. He takes his time in the first half, and that allows him to create more threats in the second half. The midfielder is also active on set-piece duties for his side. It can be observed that the player likes to hold his position and dictate the play from the centre. 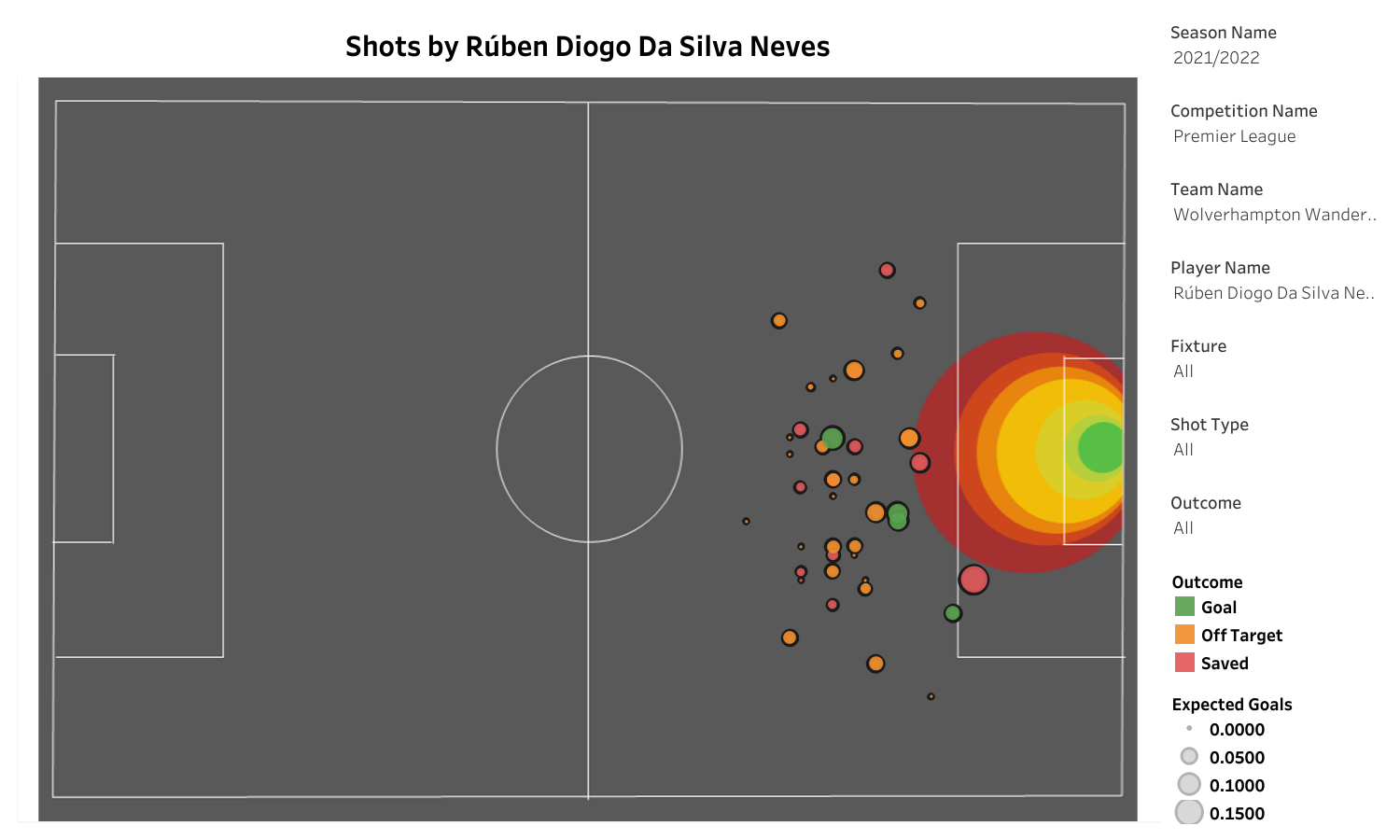 Ruben Neves is famous for scoring long-range goals from outside the opposition’s penalty box. He attempted 42 shots and managed to hit the target 16 times. The midfielder attempted only two shots from inside the opposition’s penalty box and both were on target. He scored three goals from outside the box and from a similar position. Neves creates space for himself and likes to attempt shots. Some of the shots have also been attempted from set-pieces. 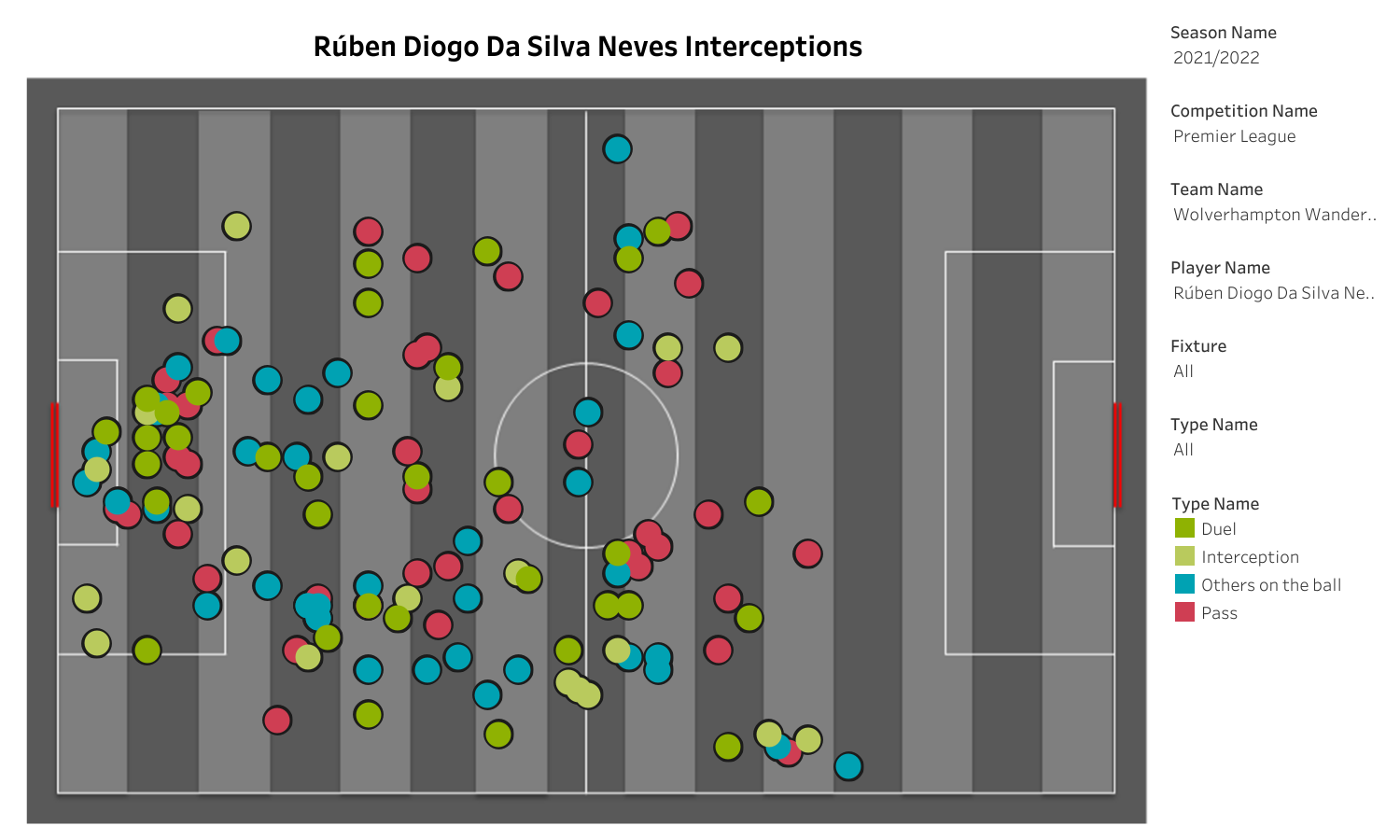 The 25-year-old Portuguese midfielder likes to break the opposition’s play. He made 133 interceptions, and most of them were made inside the defensive third. He covered a lot of area on the pitch, especially on the right side, as noticed from the above viz. Other than this, the player has won aerial duels, defensive duels and loose ball duels for his side.

Ruben Neves could become a great addition to the FC Barcelona squad. The player can hold the play and control the pace of the game. He can create plays from the middle and score goals from long range. He is currently on the radar of other Premier League clubs, and Barcelona will have to pay a heavy amount to acquire his services. They would assess the situation of their own players and make a move accordingly.

How Barcelona are adapting to life without Iniesta (and Paulinho)