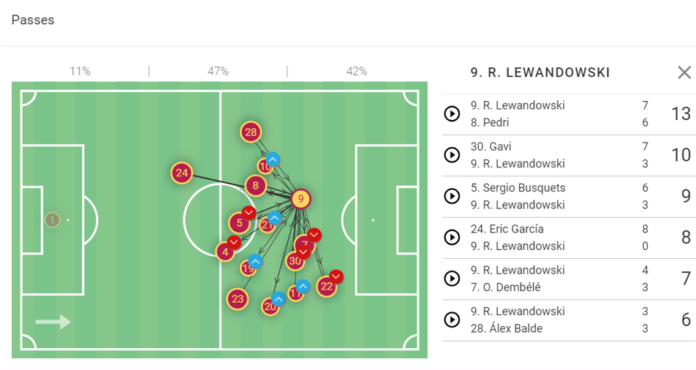 Barcelona will be happy with the transfer business they did this summer. They had their sights on a few players and were able to get them ahead of other rival clubs. One of the main signings for Barcelona this season is the Polish national team captain, Robert Lewandowski. The 34-year-old secured a move to the Spanish club after spending eight years at Bayern Munich. He won eight Bundesliga titles and a UEFA Champions League crown. Now, the player has set his eyes on more glory with Barcelona. Lewandowski has featured in every LaLiga game for his new side and has proved his worth. In the first three games, he has shown why Barcelona were keen on signing the striker.

Lewandowski has played all three matches in LaLiga. The opening game of the season was a bit disappointing as Barcelona had to settle for a goalless draw against Rayo Vallecano. The Polish international failed to make his mark in the opening fixture. However, he showed his class in the next two games by scoring a brace in both of them. Lewandowski has every ability that a manager wants from his striker, and he is starting to prove why Barcelona wanted him.

Lewandowski in the attack 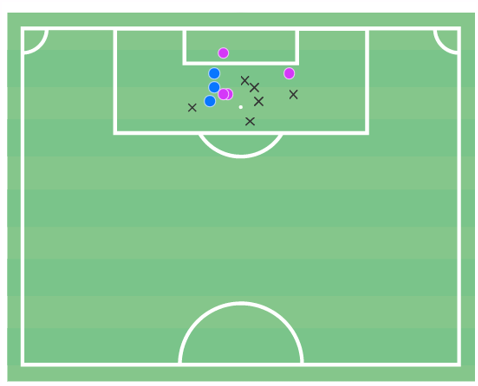 The forward is a clinical finisher and has scored a lot of goals in his career. This season, he has scored four goals in the league with an overall xG rate of 3.35. Lewandowski has attempted 13 shots with an accuracy rate of 53.8%. This shows that the player has the ability to create chances in every game. The above viz shows the shot map of the player. All the shots have been attempted from inside the box, and this also shows his presence of mind inside the box. He tends to find space and attempt shots whenever he gets a chance to score. 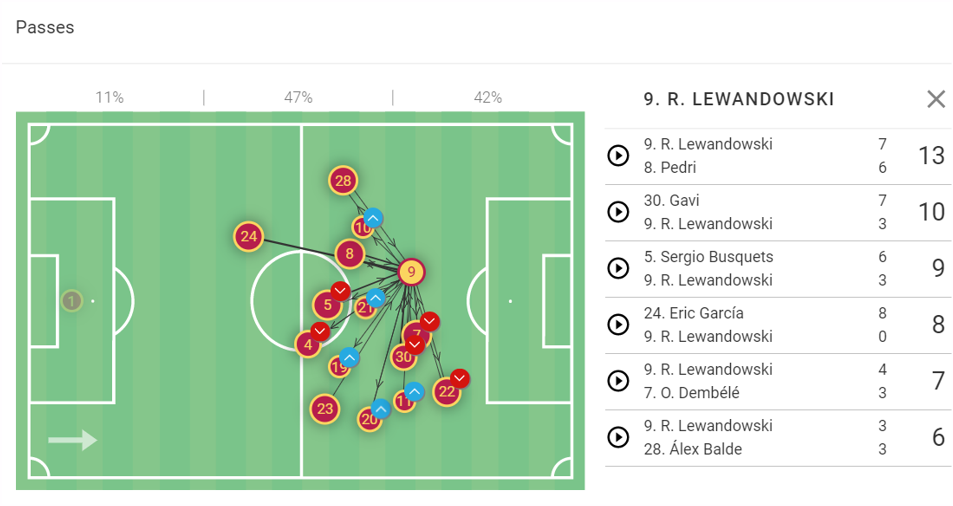 The forward is also known for his link-up play. Lewandowski’s physical presence allows him to hold the ball, and he has good vision that helps him provide key passes in the final third. He’s already had one assist this season. Lewandowski has attempted 80 passes in three matches with a high accuracy rate of 88.8%. These passes include nine passes to the penalty area with an accuracy rate of 89%. In the last match, the striker attempted 32 passes. The strongest link was created with the three midfielders. He is a target man and is often relied on to create chances for his team. 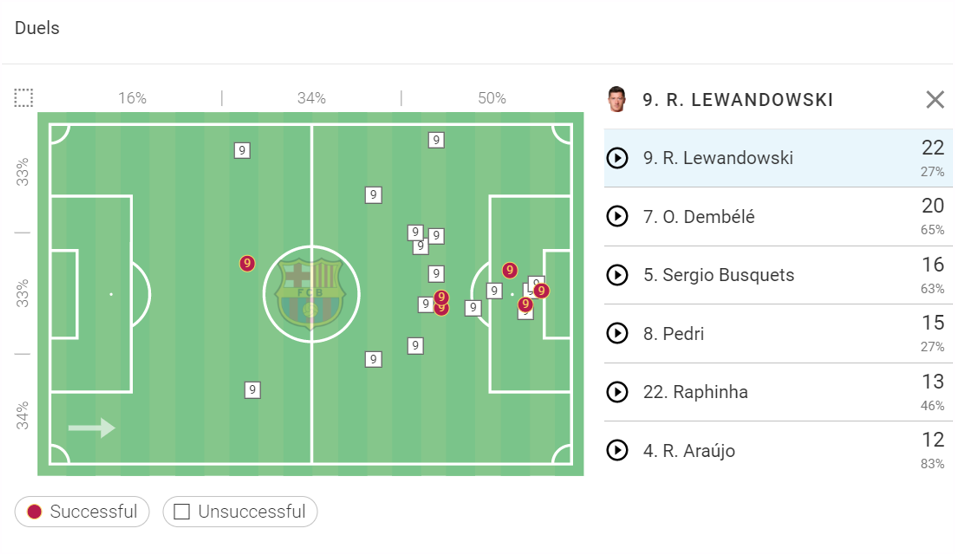 Lewandowski has shown aerial dominance whenever he is attacking. Overall, his duels’ win percentage is a bit low, but when it comes to aerial duels, the striker wins them in crucial areas. He has contested ten aerial duels and won five. The above viz shows the 22 duels contested by the player in the last match, including seven aerial duels. He won six duels in the match, and that included three aerial duels. This shows that Barcelona can deliver crosses and hope that the crosses find the head of the striker.

Robert Lewandowski has given an advantage to Barcelona this season. He has won a lot of trophies in his career and brings that winning mentality to the team. The 34-year-old will be a key figure in the attack, and Xavi will expect him to score goals in his quest for his first silverware as a Barcelona manager.

Not Real Madrid: This one thing is Barcelona’s biggest obstacle from...

#ValverdeOut: Does Valverde deserve the hate he’s getting from fans?