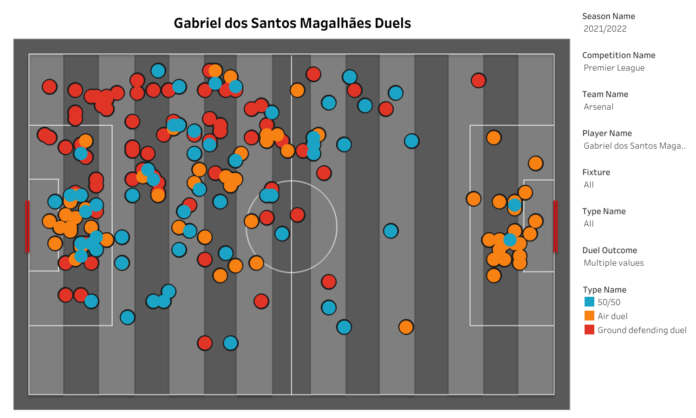 Arsenal centre-back Gabriel has been the backbone of their defence this season. He has impressed with his performances on the pitch and has gained the interest of some of the biggest clubs in Europe, including Spanish giants FC Barcelona. Since Xavi’s arrival, Barcelona have improved a lot and wants to rebuild their team for the next season. They are looking for options that could strengthen their team and lead them to glory in the coming years. Gabriel has been a regular starter for Mikel Arteta’s team this season, and here are some of the stats that will show why he is gaining the interest of one of the biggest clubs in the world. 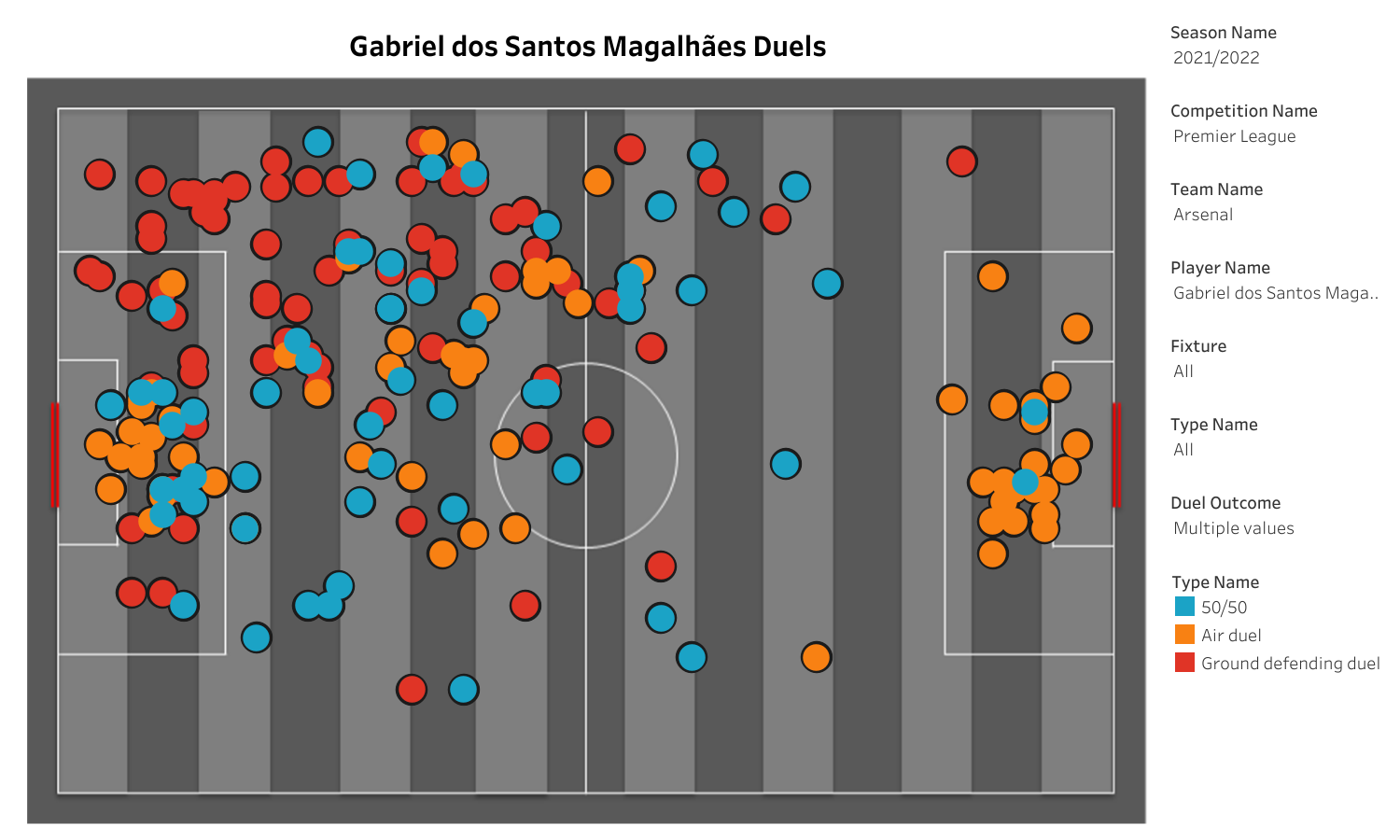 The Brazilian centre-back has made 27 appearances in the league this season. Gabriel has helped his side to keep 13 clean sheets and made some crucial contributions in their run for the UEFA Champions League spots. The above viz shows all the duels won by the player or the duels that ended in a neutral result. Gabriel features as the left-centre back and has contested most of the duels towards that side. If we look at the opposition penalty box, we can see that he is strong in the air and has won a few aerial duels inside it. The player has managed to score a few goals past the opposition keeper. 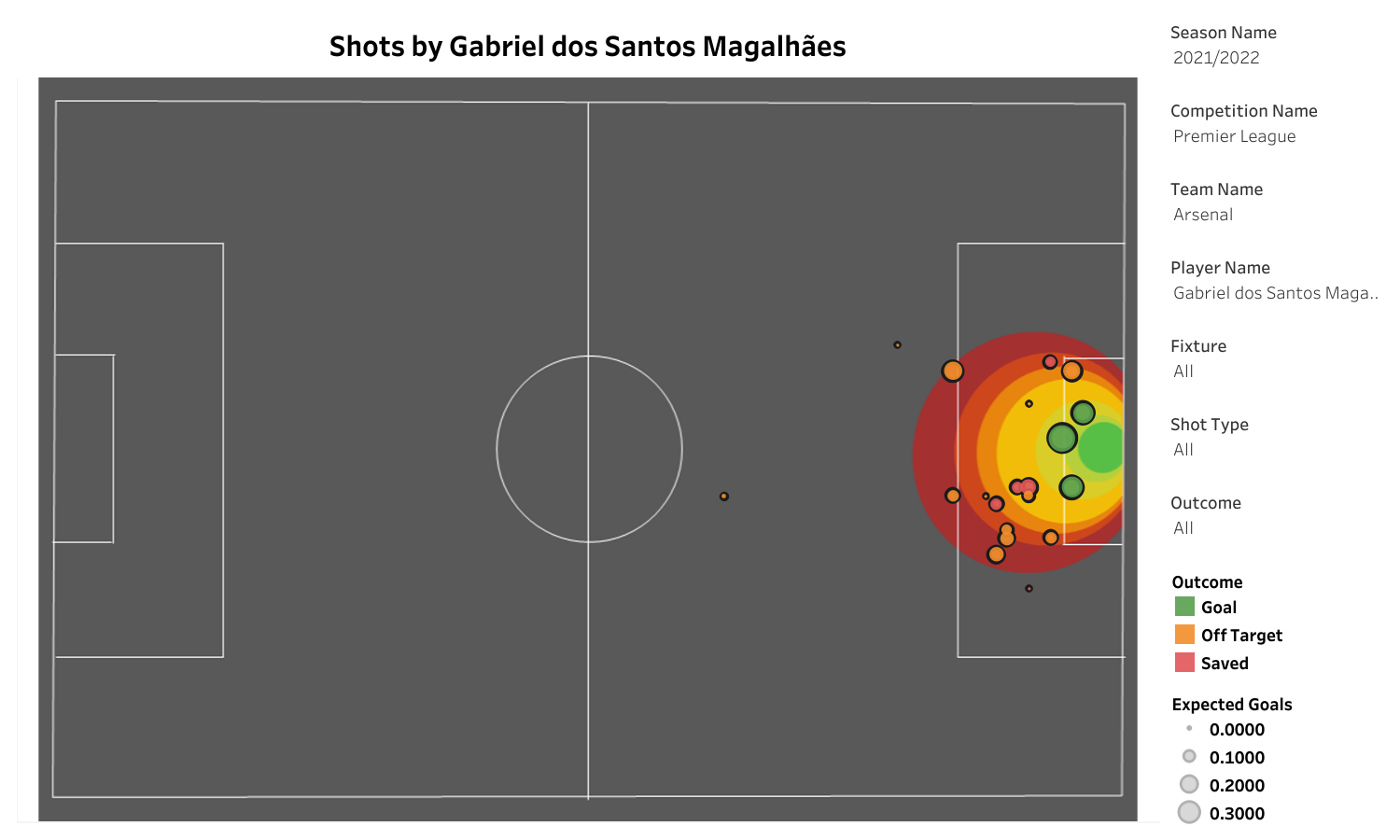 Gabriel is a threat while going forward on corners and other set pieces. He has attempted 20 shots and has found the back of the net three times. Of these 20 shots, eight were on target. From the above map, we can observe that all the goals have been scored from inside the opposition’s 6-yard box. 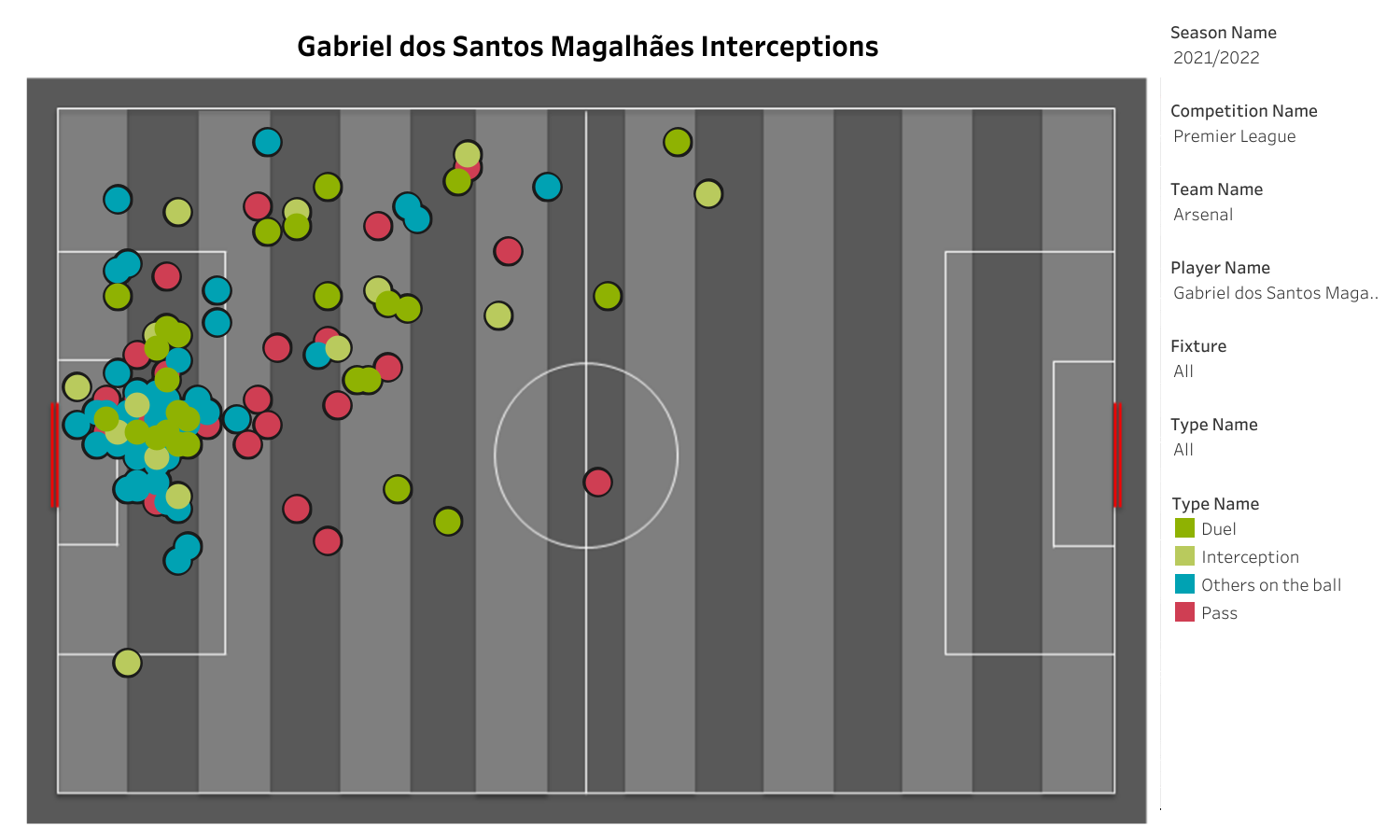 Gabriel, 24, has a bright future ahead of him, and a move to one of the top clubs could pave the way for him to become one of the best defenders in the world. He is strong aerially and can score goals. The player is also not shy about making tackles and could form a good partnership with other centre-backs like Eric Garcia, Ronald Araujo and the likes of Gerard Pique. Barcelona would like to acquire his services to give a new look to their defence and improve it for the next season.

Barcelona out of sorts away from home and it’s not for...

Is French striker the answer to Barca’s striker woes?