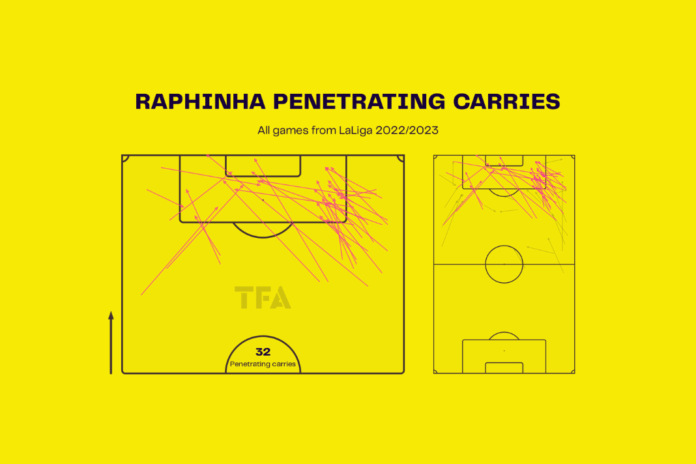 Raphinha became one of the most in-demand players in the summer transfer window. He was being chased by a few English Premier League clubs and Barcelona. The Brazilian was happy to see Barcelona’s interest in him and decided to move to the LaLiga side. Xavi was also happy to sign the winger. Since match week one, Raphinha has made his place in the starting XI. He is a first-choice winger along with Ousmane Dembele. The player has added a bit of pace and creativity to Barcelona’s attack.

Raphinha has spent 257 minutes on the pitch in the LaLiga this season. He scored his first goal in the league against Sevilla on matchday four. The winger provided an assist in the match before that. Raphinha has played his preferred right-wing role, and sometimes, the manager has used him on the opposite side. 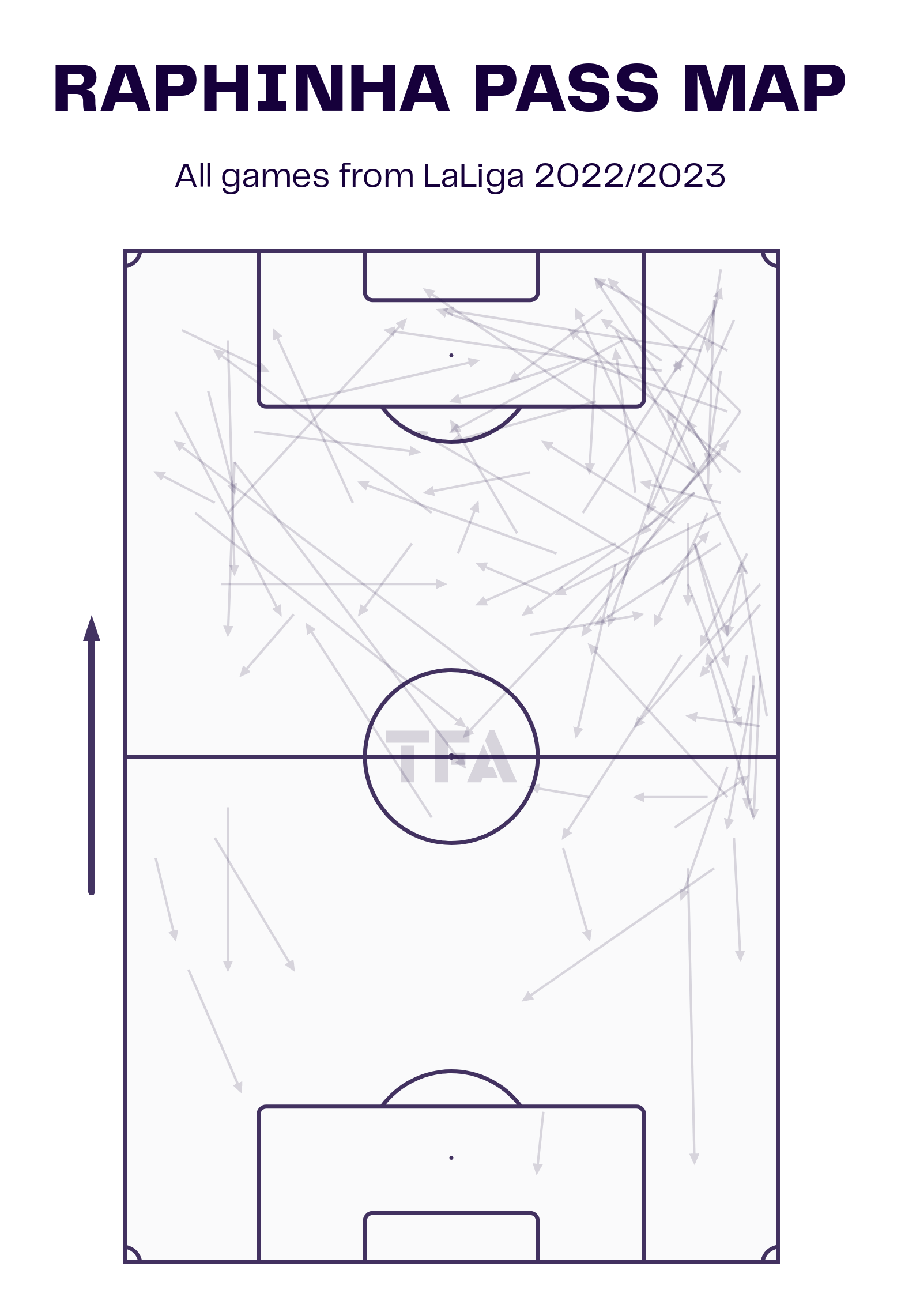 The 25-year-old averages 44.12 passes per 90 minutes but has a low accuracy rate of 75.4%. However, the player is very dangerous when it comes to passes to the final third. Raphinha averages 6.65 passes to the penalty box with a 73.7% accuracy rate. The above viz shows that Raphinha has tried to find a teammate in front of the opposition box and that these chances could have been converted into a goal. 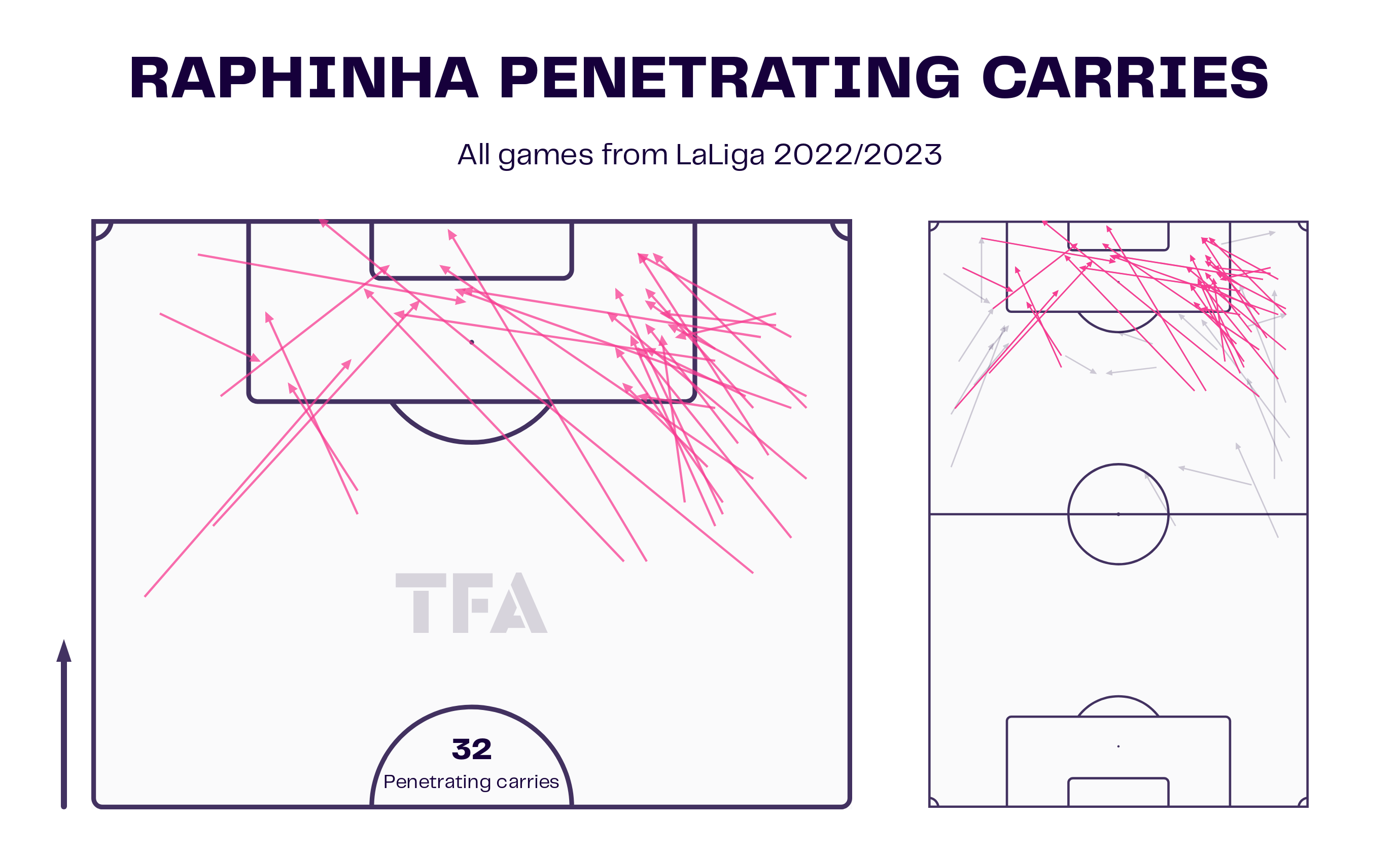 Raphinha’s pace and dribbling skills allow him to get past the defenders, and this has allowed the Brazilian to make 32 penetrating runs with the ball. Most of these runs have been made to enter the penalty box and attempt a cross or a pass from inside the box. 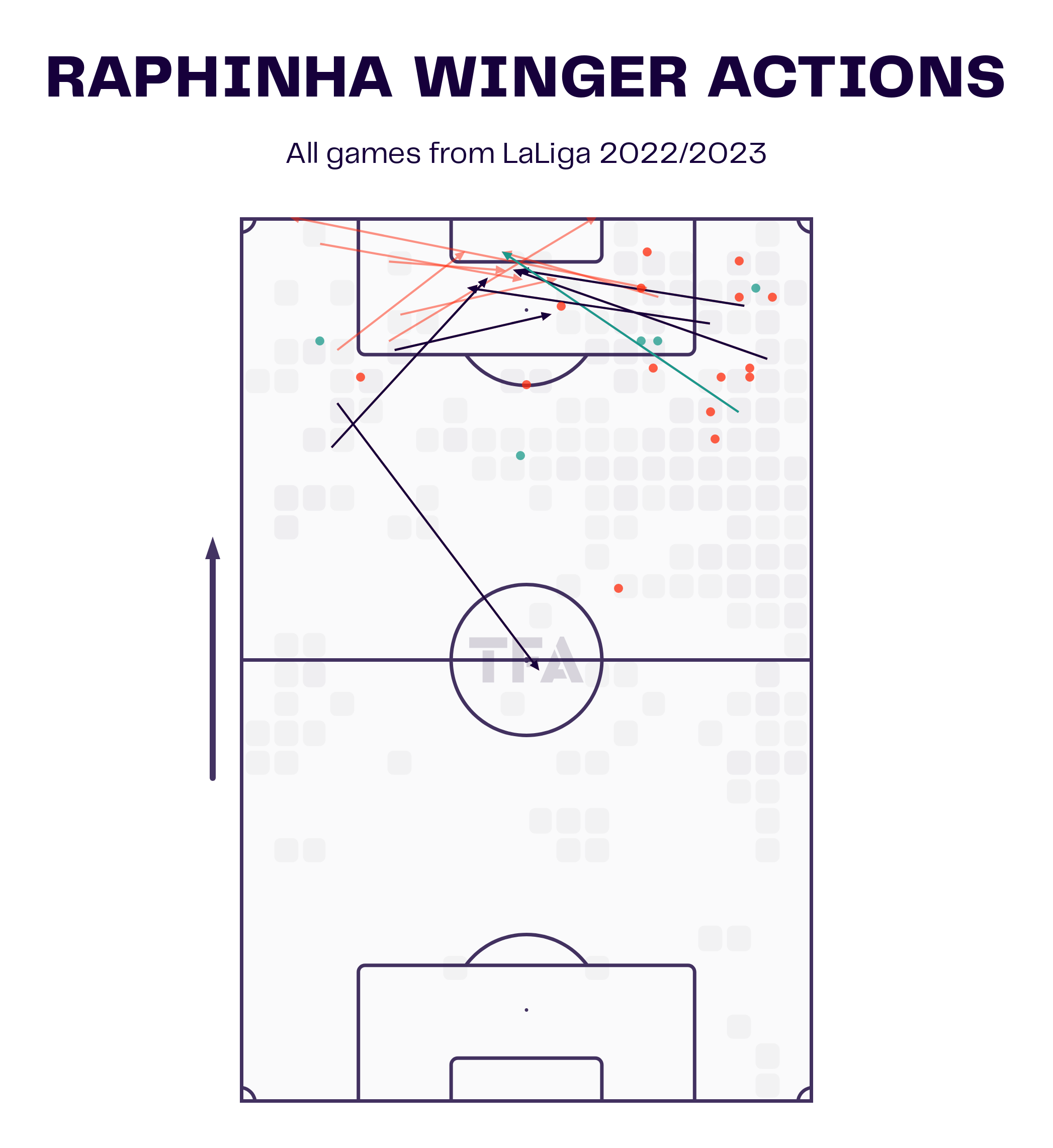 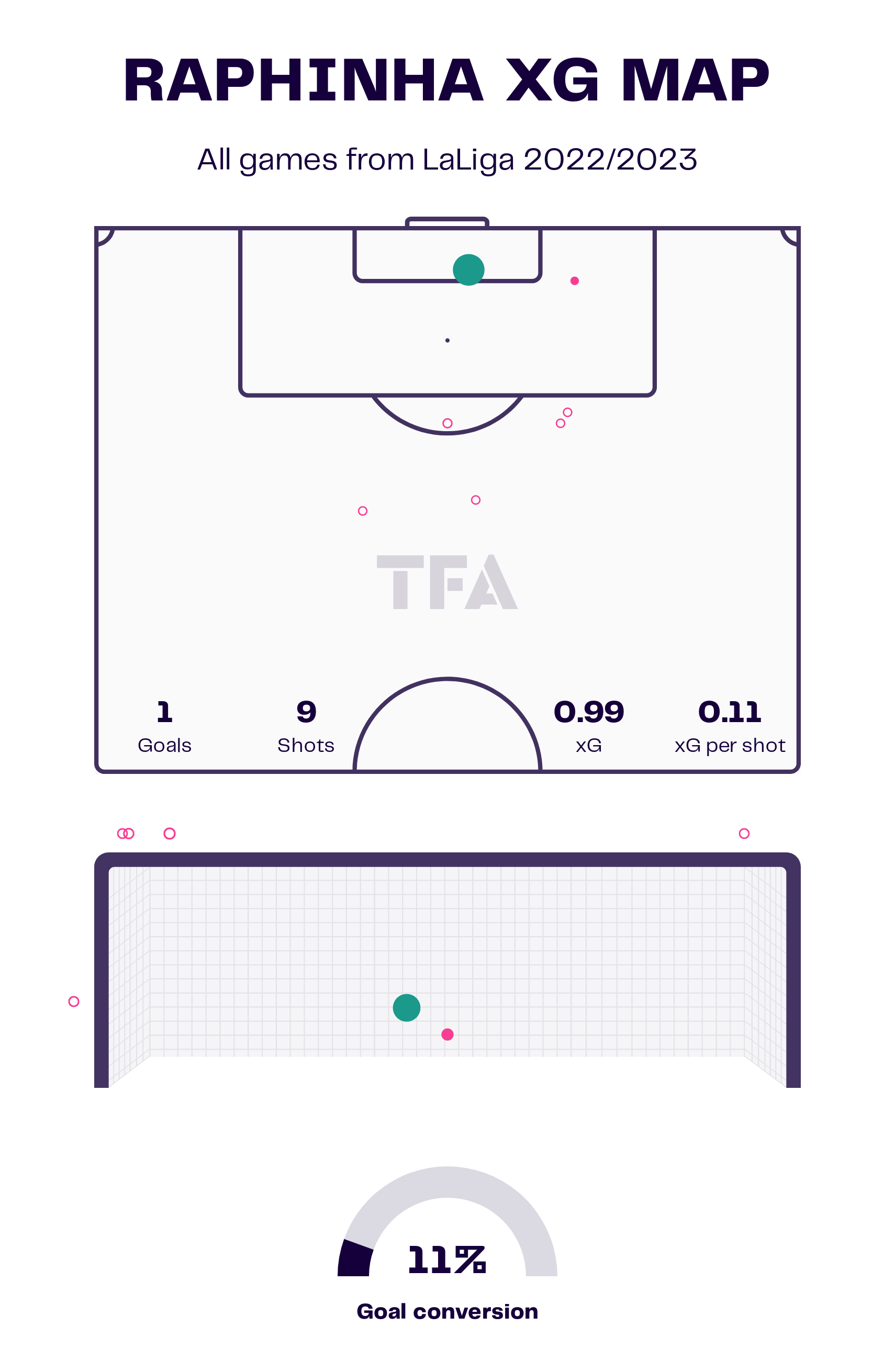 The winger likes to cut inside and attempt shots from his dangerous left foot. This season, Raphinha has attempted nine shots, of which two were on target. Five shots went past the post, and the other two shots were blocked by the defence. The winger will look to improve his accuracy in the coming games and add more goals to his tally.

Barcelona had to pay heavy fees to sign the Brazilian. He is settling into the team and is becoming the number one choice under Xavi. The player needs to be more accurate with his passing and shooting. This will help him to add more goals and assists for the team.

“If football were a religion, Messi might be God” – Braithwaite