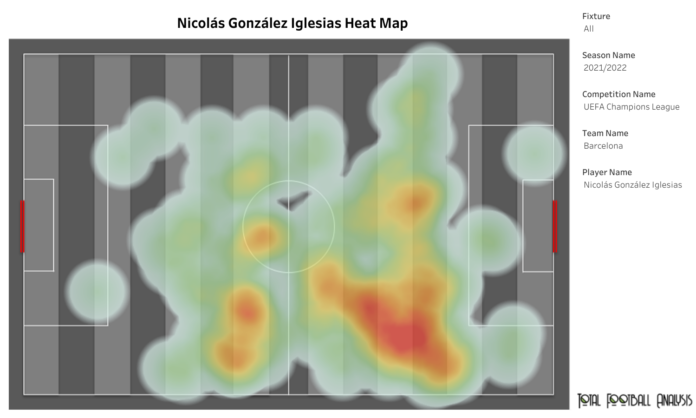 Nico González is one of the three midfielders who came through the Barcelona academy and played a lot of football last season. The other two players were Pedri and Gavi. Pedri had already played for the Spanish club, and Gavi played in his breakout season. These two have caught the eye of many and could be regulars under Xavi next season. They have Frenkie de Jong and Sergio Busquets in the midfield and recently added AC Milan’s Franck Kessie. This means that Xavi has 6-7 options to choose from. González appeared in 39 matches for Barcelona and would be expected to get the same amount of game-time or more minutes on the pitch. He even played in the UEFA Champions League, and some of the stats show why the player could play a crucial role under the former Barcelona player. 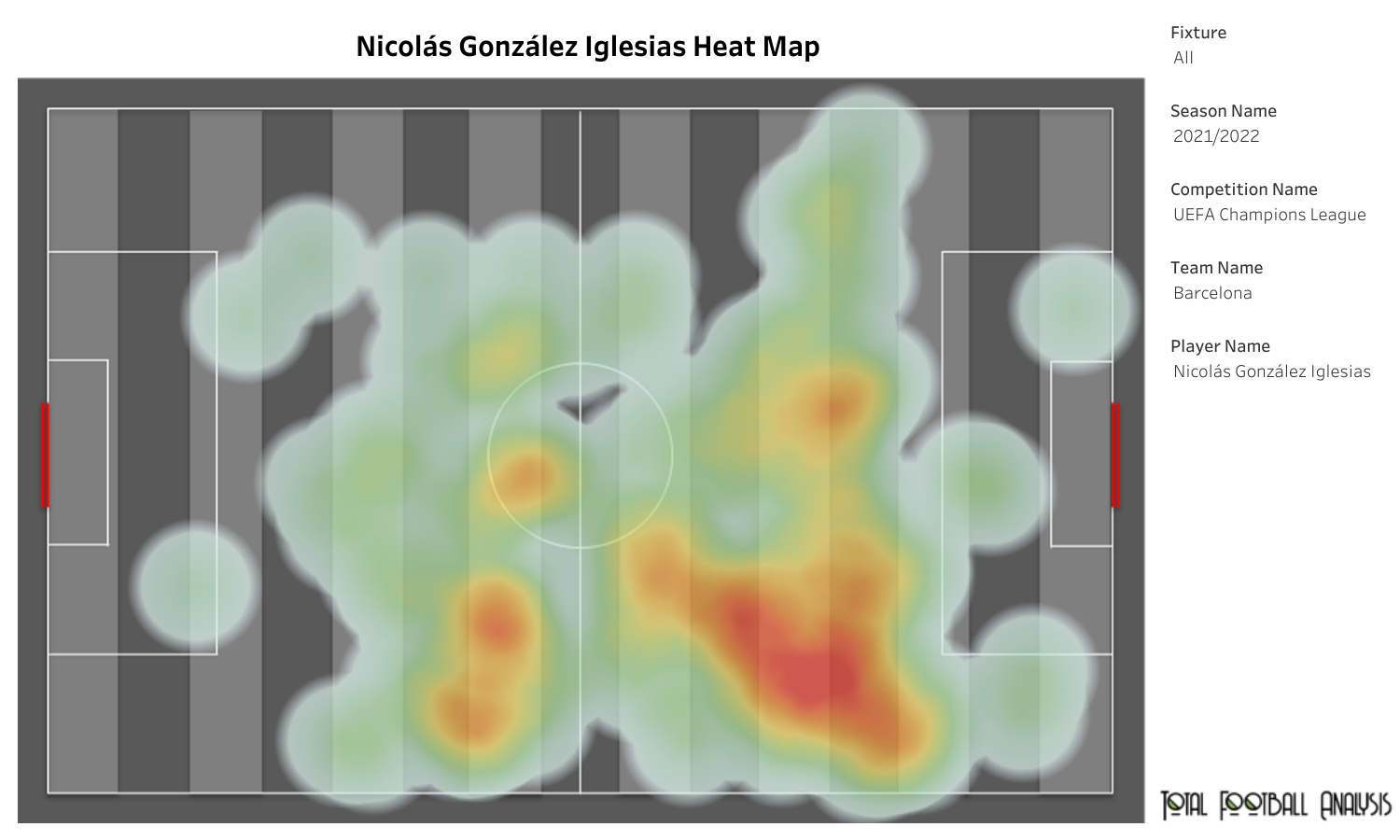 Barcelona played with a three-man midfield and González played on the right side. He made 27 LaLiga appearances and four UEFA Champions League appearances. The above viz shows the heat map of the players in the elite competition. González played a high attacking line, and his average position was inside the opposition’s half and in the middle third. Barcelona were disappointing and were knocked out from the group stage. The 20-year-old was unable to make much of an impact in the competition. 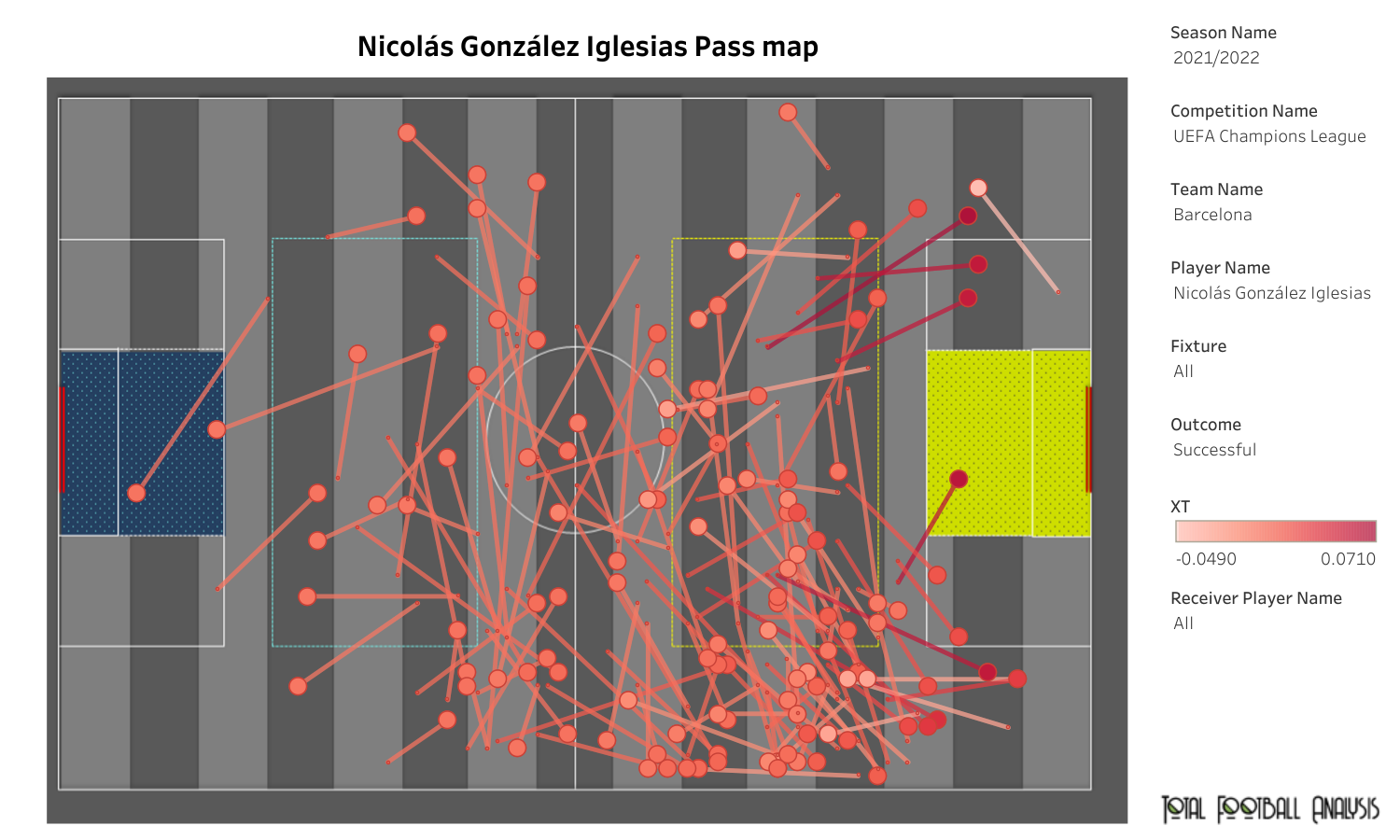 González averaged 56.1 passes per 90 minutes with an accuracy rate of 89.62%. The above viz shows all the passes that were successfully delivered by the player. González averaged 15.35 forward passes per game, and most of his passes were made to distribute the play towards the wings. His pass map shows that he likes to build play and deliver very few passes into the opposition’s penalty box. He averaged more than one smart pass per 90 minutes. 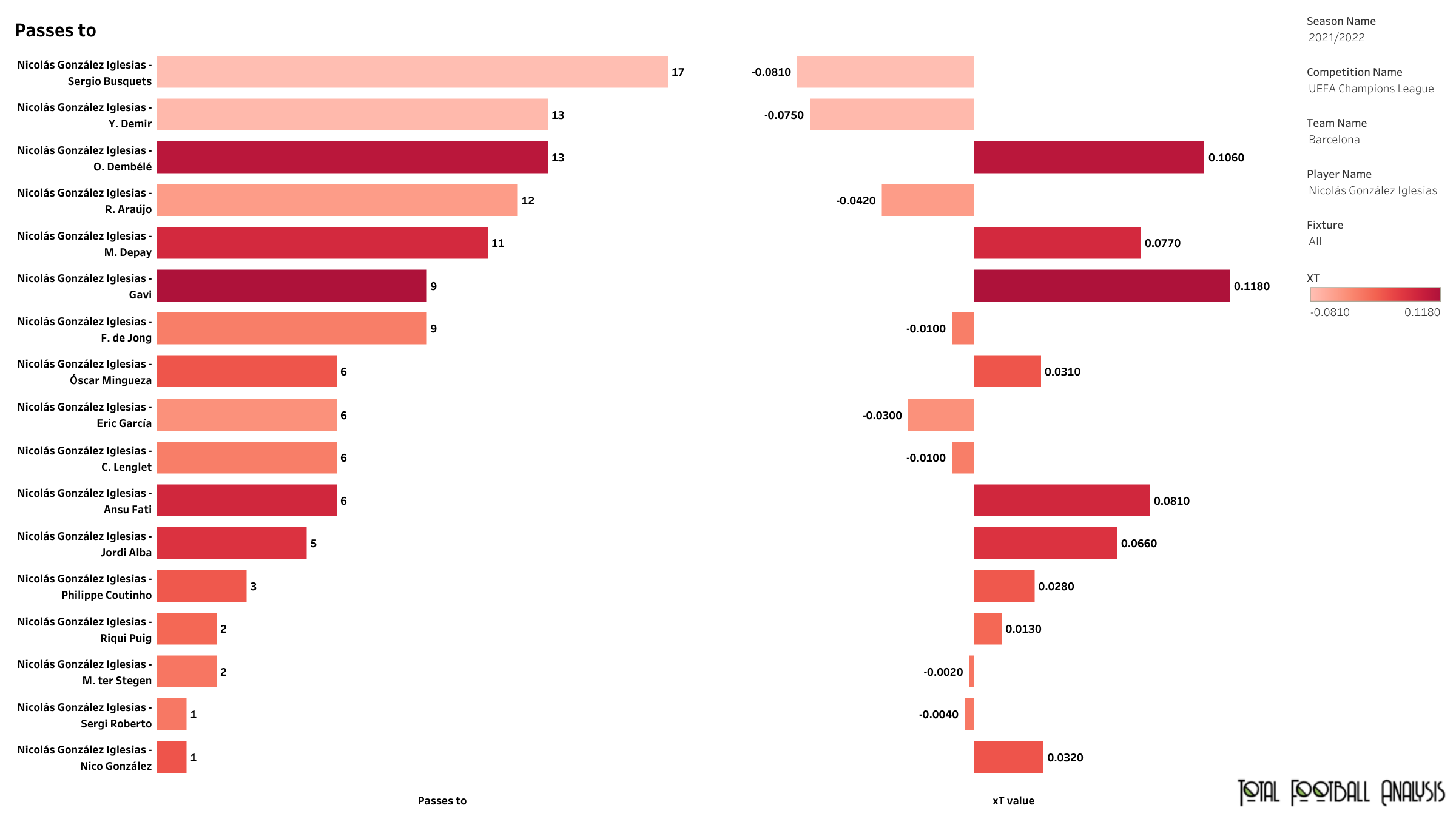 The above viz shows the passes attempted by the player towards his teammates. González was positive with his passing as most of his passes were towards the right-forwards in the team. He shared the most passes with the defensive midfielder, Sergio Busquets. This shows that González distributes the ball quickly towards the attacker and gives them more time on the pitch.

Nico González scored two goals for his club in the league. He is unlikely to become a regular under Xavi but could play a crucial role in a long season ahead. The player is looking for a loan move, but the former Barcelona midfielder might block his move and give him more game-time at the club.

Rakitic could yet leave the Camp Nou

Leganes shock Barcelona for the first win of the season

A homage to the Catalunya Derbi

A Barcelona player has tested positive for coronavirus at the start...