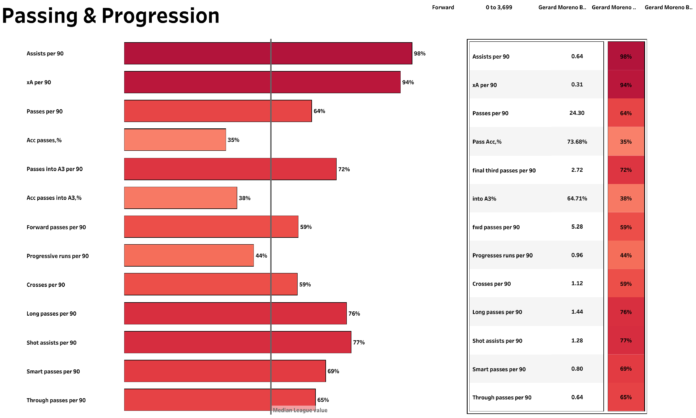 Barcelona are negotiating with Robert Lewandowski for a possible transfer to the LaLiga club in the summer. The talks are still going on, and the situation of the striker hangs right in the balance. Now, the Spanish club is also looking for an alternative to the Polish striker. One of the players that have emerged as their target is Villareal’s Gerard Moreno. The Spanish striker’s last season was an injury-hit, and that limited his game-time on the pitch. However, the 30-year-old played a crucial role in his side’s run to the semi-final stages of the UEFA Champions League. Moreno has been the first-choice striker for the Spanish National Team in the recent past. Here are some of the stats that show why Barcelona have shown an interest in the striker. 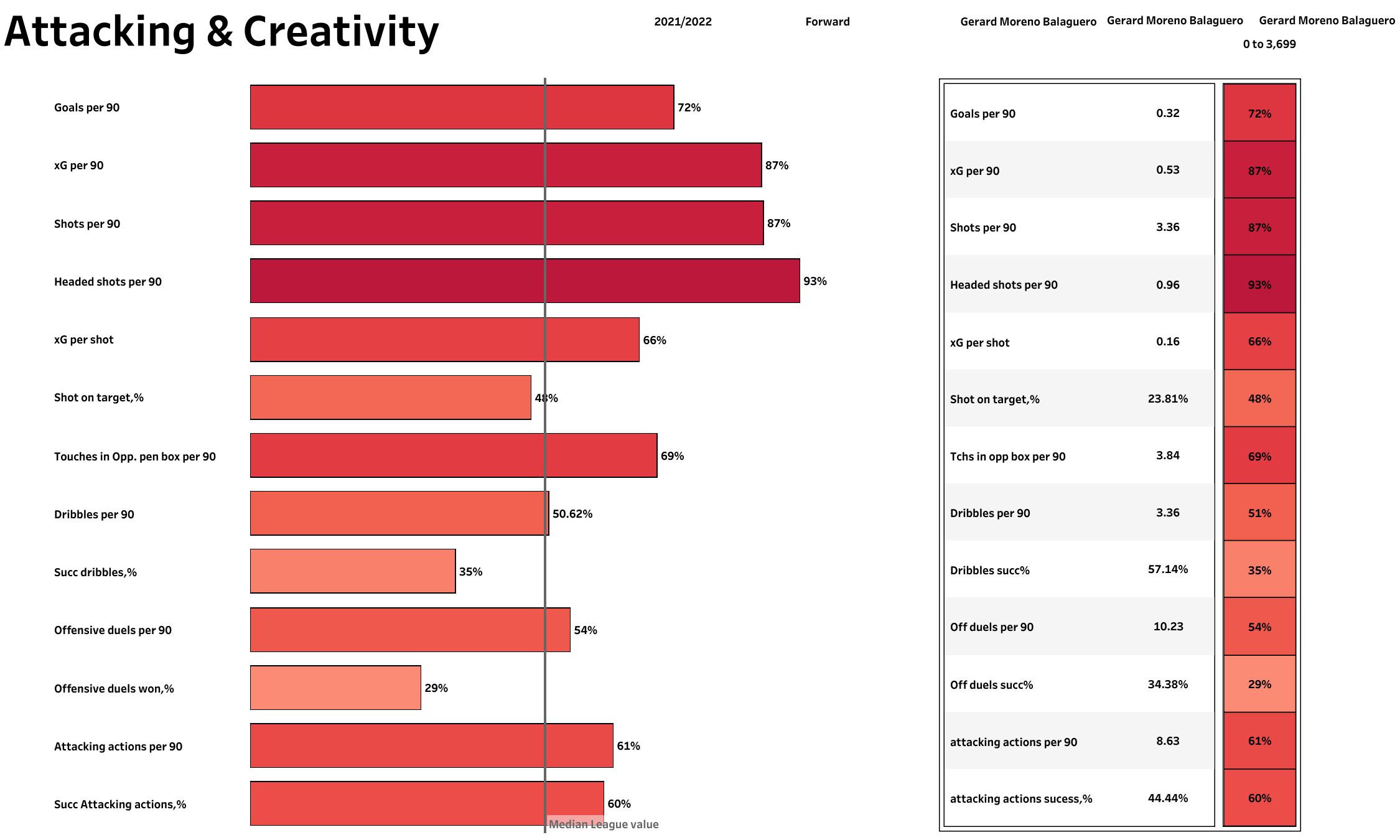 Moreno made seven appearances for Villareal in the UEFA Champions League last season and came off the bench in one match. He was able to score two goals and also assist four times. The above chart shows the attacking and creativity stats in comparison to the other forwards in the UCL. When looking at the above chart, the general rule is that the longer the bar, the better the performance — you can see the league average in the middle, and the % is the percentile rank the player is in. Villareal played a defensive style of football in the knockout stages of the competition and relied more on counterattacks. Moreno was involved in 8.6 attacking actions per 90 minutes with a 44.44% success rate. One thing that can be noticed is that Moreno is a threat in the air, as he averaged 0.96 headed shots per 90 minutes. 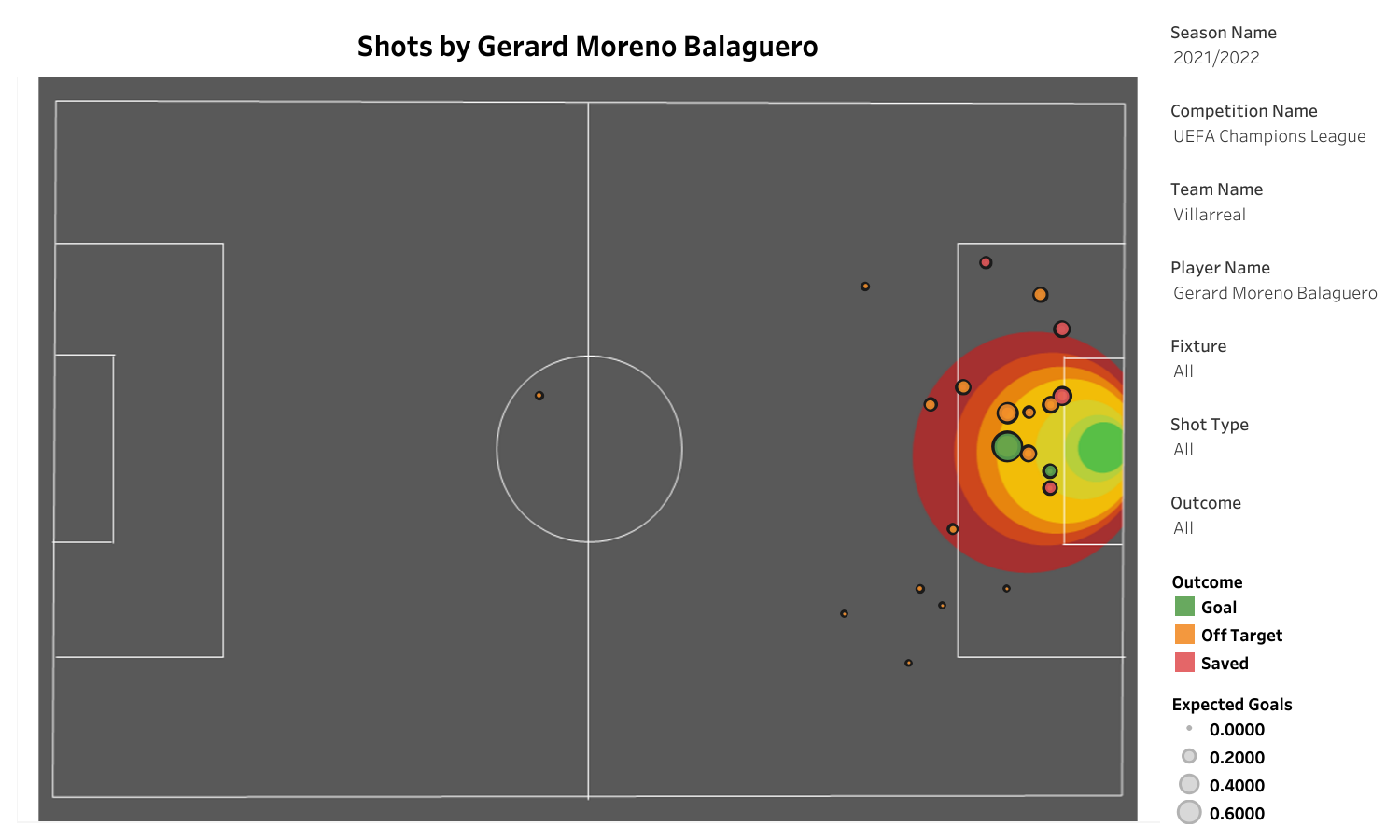 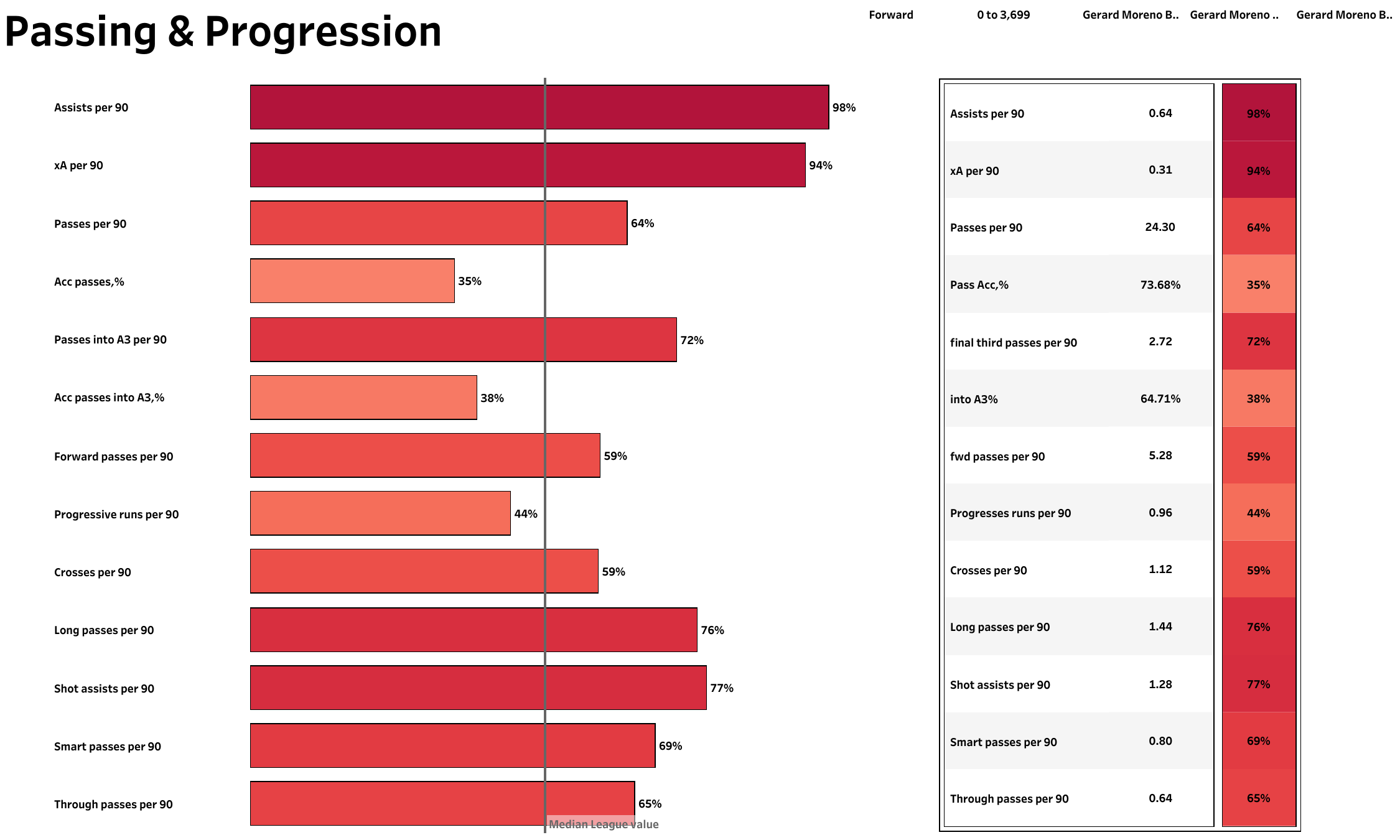 Gerard Moreno was effective with his passing and linked-up play with his teammates. He averaged 24.3 passes per 90 minutes with an accuracy rate of 73.68%. Notably, the player had high assists and an expected assist rate per 90 minutes in the league. 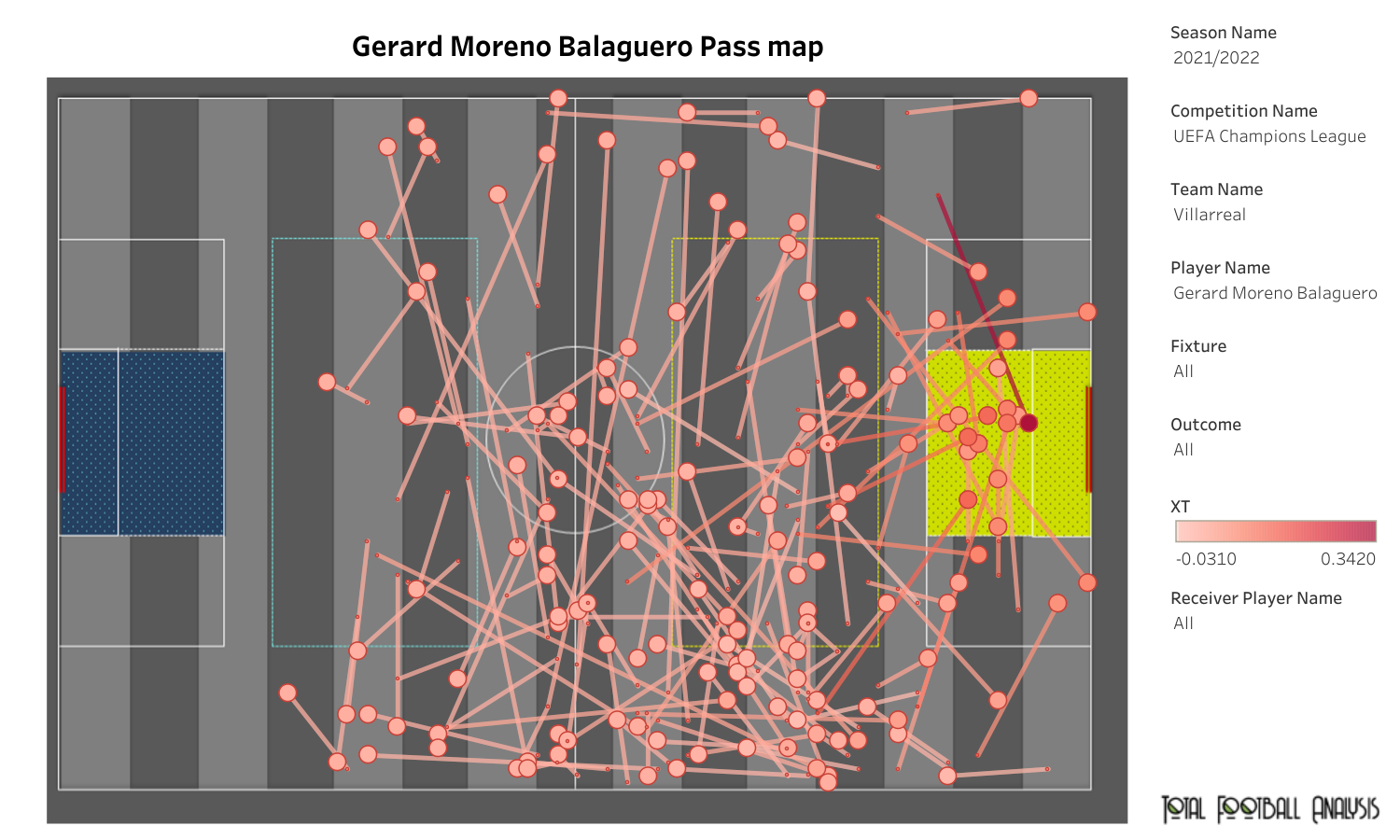 Gerard Moreno could fit into Barcelona’s line-up with his link-up play and ability to score goals. He was the main attacking threat for Villareal last season. The player scored nine goals in 17 league appearances and also provided three assists. Xavi will assess the situation of the player and make a bid in case Lewandowski decides to stay at Bayern Munich or sign for any other club.

Barcelona vs Viktoria Plzen Preview: 3 things on the cards according...

Down the pecking order: AC Milan are right to reject move...