Barcelona travelled to the Estadio Wanda Metropolitano looking for a first La Liga win at the stadium over Atlético Madrid, with the hosts desperate to secure the three points to keep faint hopes of a title challenge alive.

It was actually the home team who started the brightest with their high energy approach, Mario Hermoso hitting the post before Gerard Piqué did so at the other end for the visitors. However, it was a moment of magic from Lionel Messi late on in the second half, heading into the final four minutes of normal time, that would decide the game with a run which sliced through the Atlético defence to put Barcelona back on top of La Liga.

This tactical analysis will consider what both Diego Simeone and Ernesto Valverde can take from this game in terms of analysis of their tactics. Barcelona will go home the happier side, though Atlético Madrid may well feel hard done by not to have added even a single point to their La Liga tally. 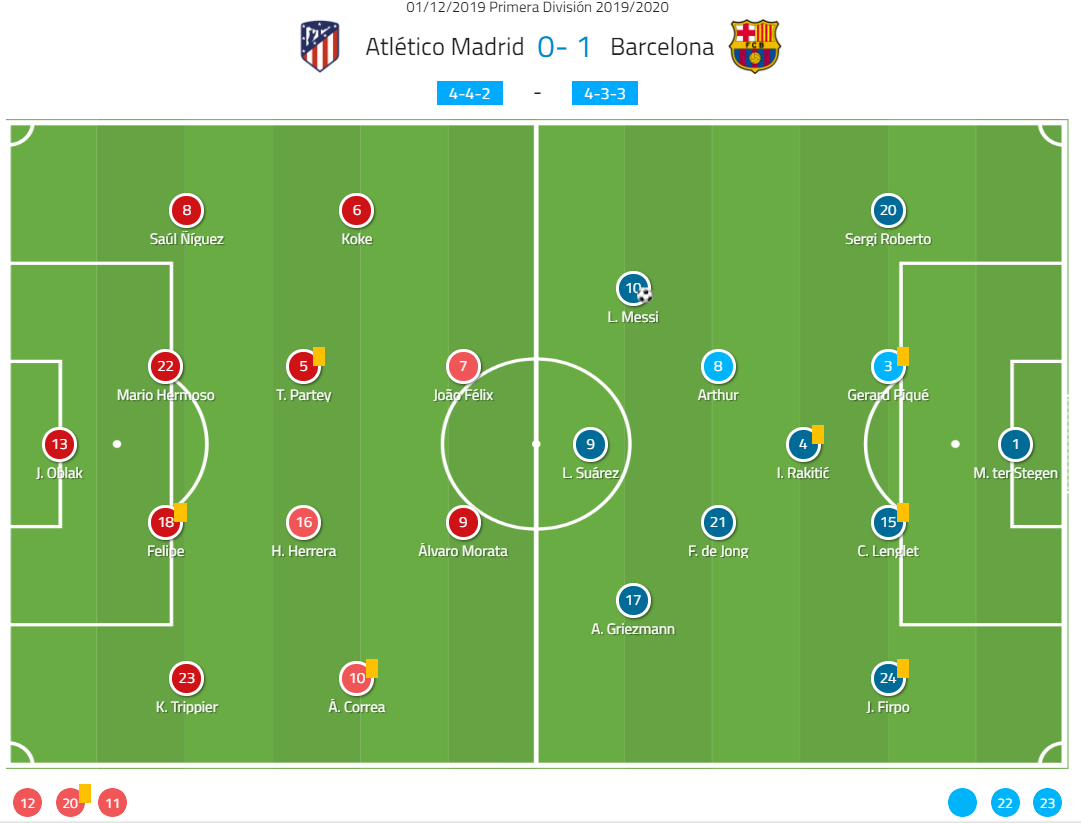 Simeone lined up with central midfielder Saúl at left-back in an effort to control Messi, instead packing out his midfield with Hector Herrera to add a bit more bite whilst adding a more reliable option to the back line. Other than that, it was business as usual for the hosts, with João Félix lining up alongside Álvaro Morata in the front line.

Barcelona also lined up as expected, with Sergio Busquets missing the fixture for the first time since 2009 due to suspension. Ivan Rakitić came into the side in his place alongside Frenkie de Jong and Arthur Melo, whilst Junior Firpo was selected at left-back in defence with Jordi Alba and Nelson Semedo both unavailable due to injury.

How Barcelona can evolve this season

Down the pecking order: AC Milan are right to reject move...