And just like that, the first of three Clasicos is already behind us. As fate would have it, it ended in a draw, a mostly fair result considering the events that transpired in the Catalan fortress of the Camp Nou.

We saw only one goal on each side which left most wanting a bit more. Battles between Barcelona and Real Madrid are like pizzas: even when they are bad, they are actually still pretty good. This was maybe not the most thrilling encounter of Spain’s finest but it was definitely one that should be examined more closely.

This tactical analysis will use statistics to explain how both sides managed to rattle the net but still leave the pitch with that sweet taste of victory out of reach. At least for now, that is. 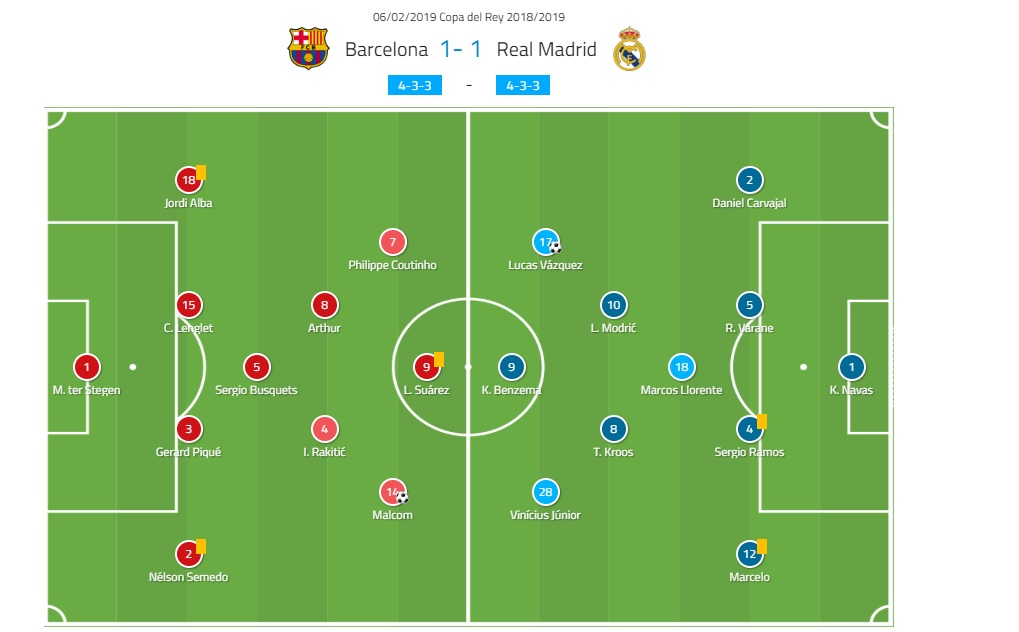 Ernesto Valverde made a couple of crucial changes that ended up being excellent for his team. Even though Sergi Roberto has been his first choice right-back on almost all other occasions, Valverde decided to go with Nelson Semedo for the big semi-final tie against Real Madrid.

You can read the rest of this match analysis by clicking here.

Is Pep Guardiola’s Barcelona best team of the decade?

It’s Back to Square One for Barça B: Where do they...