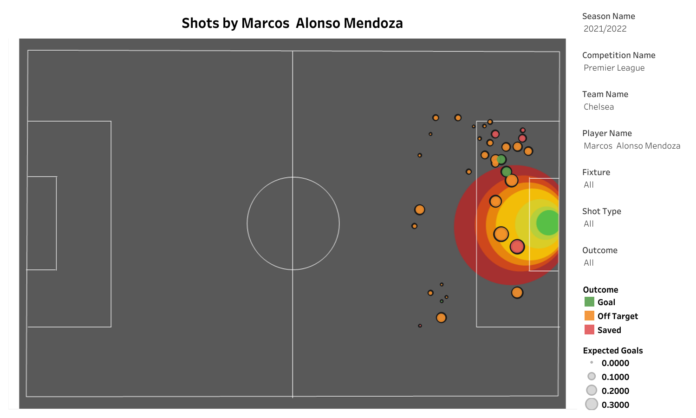 Barcelona are looking for left-back options for the upcoming season and have set their sights on some players. One of the players who has emerged as their latest target is Chelsea’s left-back, Marcos Alonso. The Spanish giants have already made agreements with Andreas Christensen and are also looking to add Chelsea’s captain, Cesar Azpilicueta, to their ranks. Marcos Alonso joined Chelsea in 2016 and helped his side win the UEFA Champions League in the 2020–2021 season and the English Premier League in his first season at the club. At the start of this season, he was the second choice left-back behind Ben Chilwell. But an unfortunate injury to the English player has given him more game-time on the pitch this season, and he has given some impressive performances for the Blues. 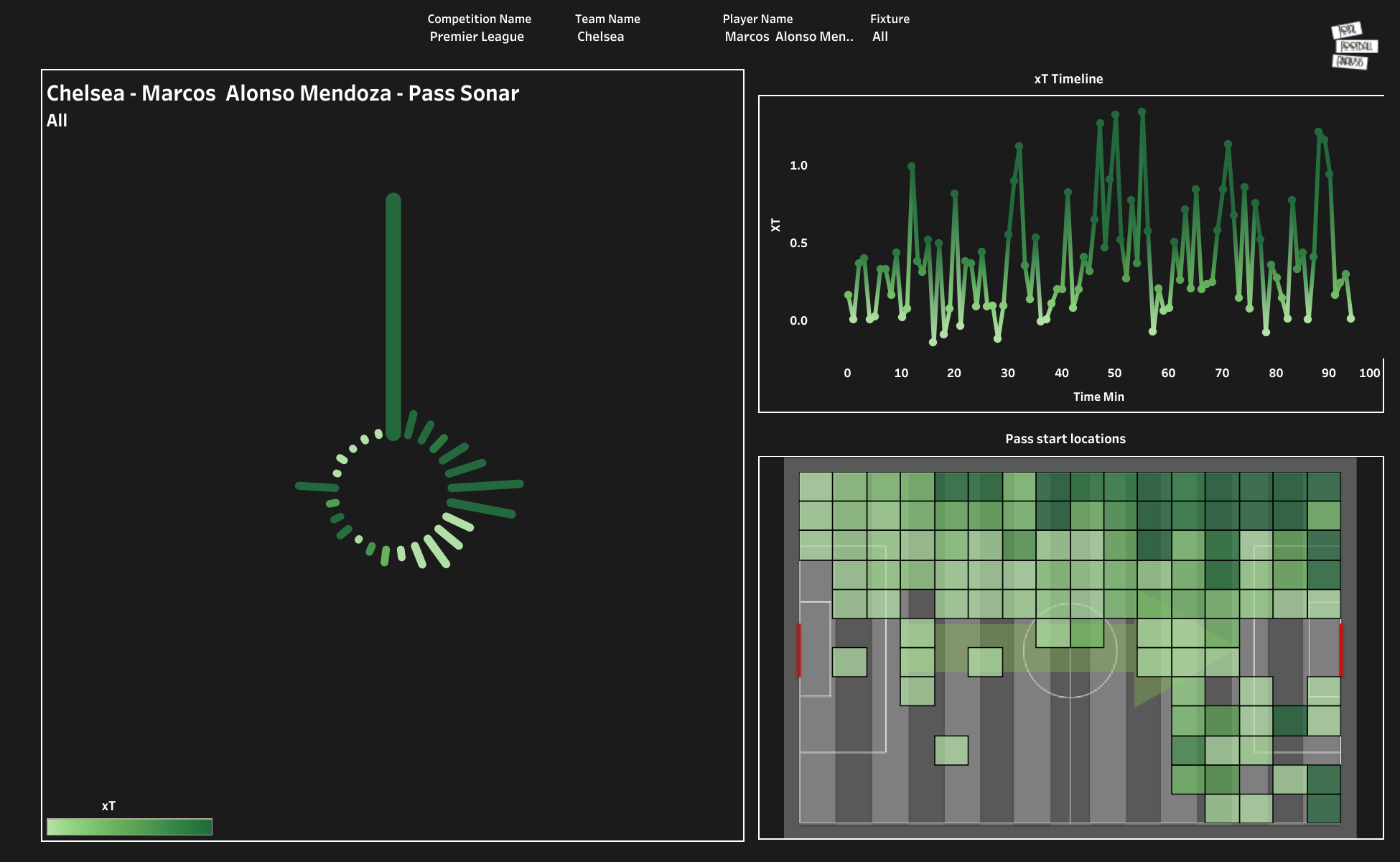 Marcos Alonso has featured in 25 English Premier League games this season for Chelsea. The 31-year-old has found the back of the net three times and has provided four assists. He has always been an attacking threat from the left side and has scored 24 goals in 135 appearances for the Blues in the Premier League. The above viz shows all the pass start locations as well as the expected threat timeline of the full-back. He has created most of the threats during the middle period of the match. The overall ‘Expected Assist’ rate of the player is 4.27. Alonso has taken 62 touches inside the opposition’s penalty box and averages more than two touches per game, thus making him an attacking threat. 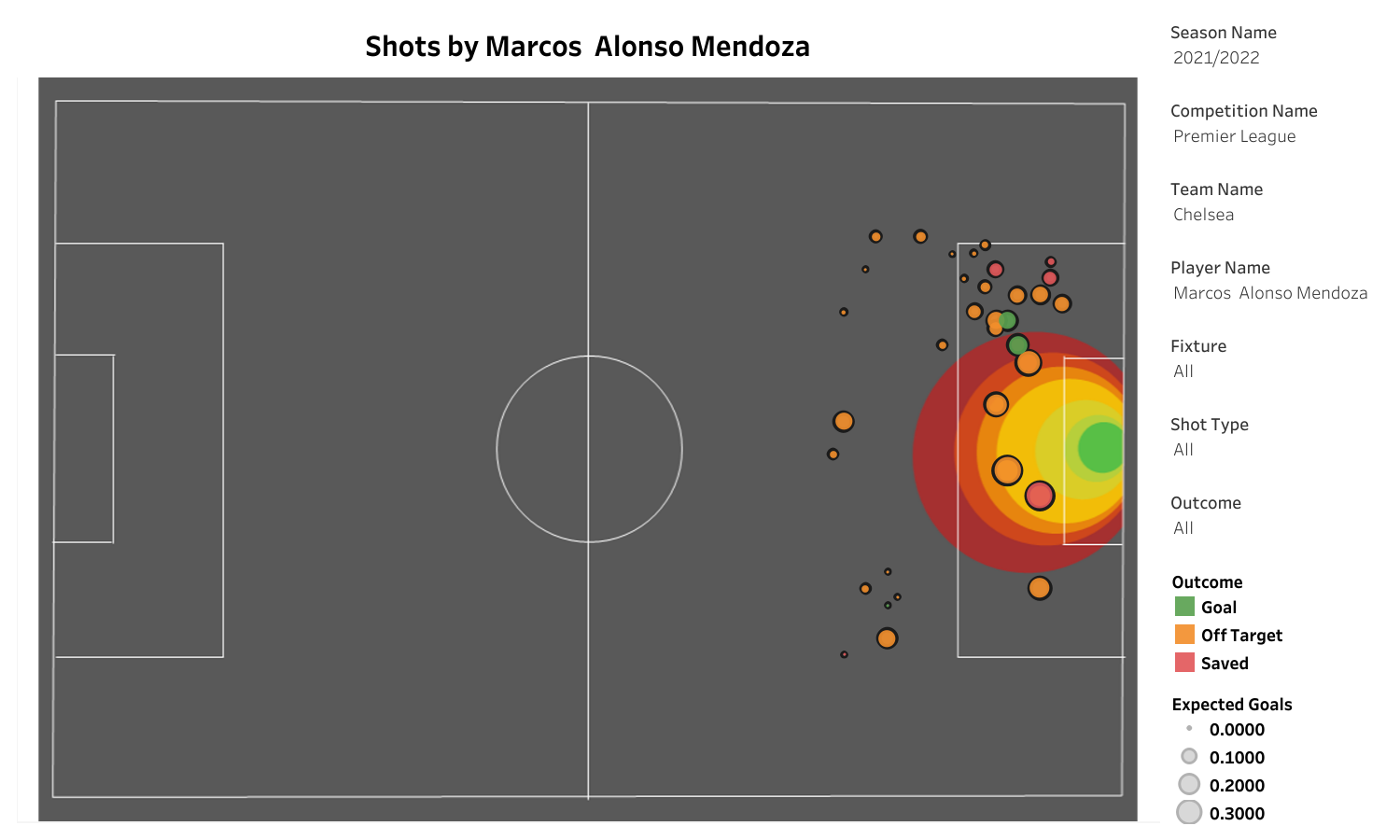 The Spanish player can score goals, and he has already shown this at Chelsea. He has attempted 34 shots in the league this season and has managed to hit the target eight times with an xG rate of 3.21. Marcos Alonso has scored three goals, and two were from inside the opposition’s penalty box. The left-back can also score goals from free-kicks and already has a goal to his name from a direct free-kick from the right side. Marcos Alonso brings in a lot of quality while attacking and is always a threat towards the opposition goal. 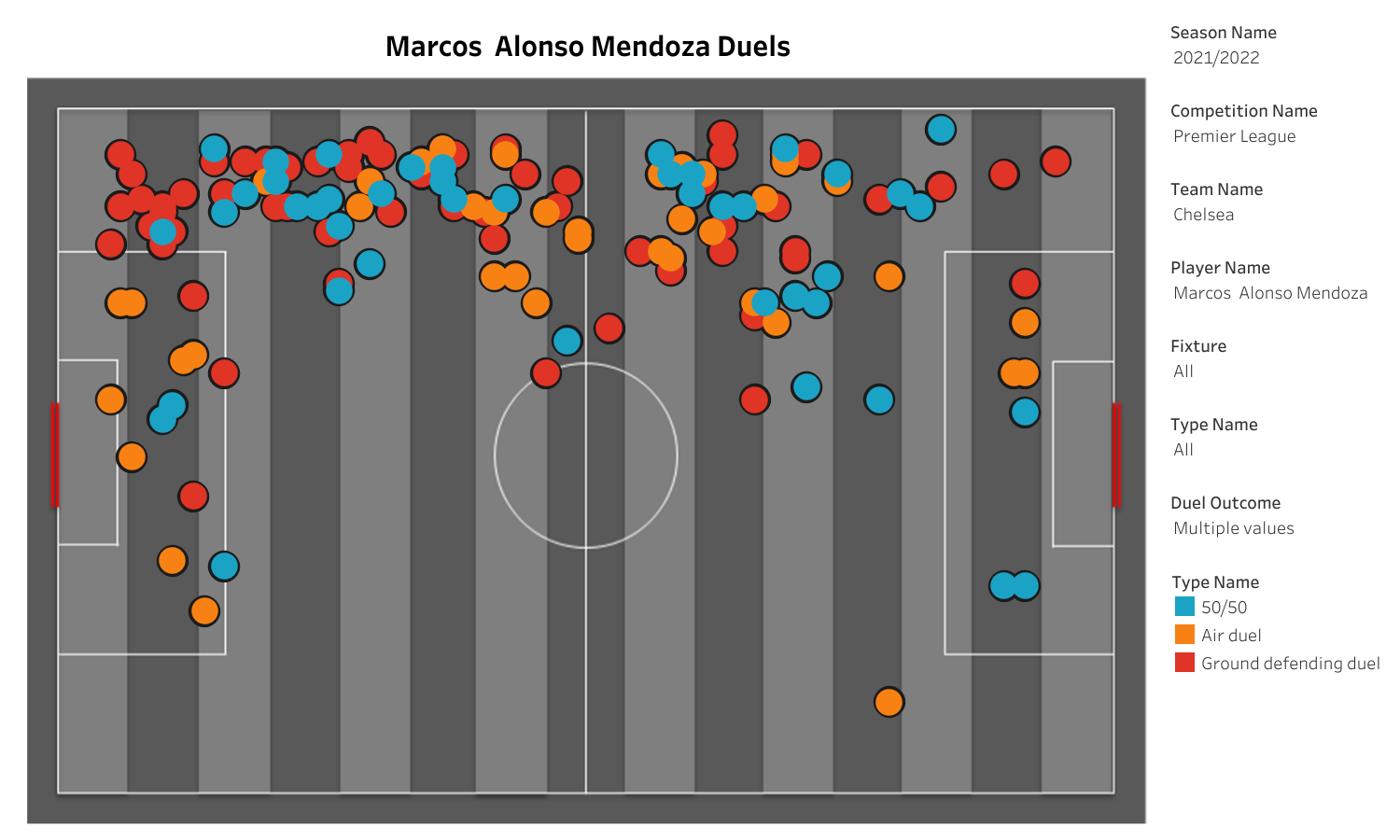 Marcos Alonso has contributed defensively and offensively. He can score goals and can also defend. He has gained a lot of experience by playing in the English Premier League and Serie A. Barcelona are monitoring his situation and could make a move for the full-back in the summer.

Draw at Camp Nou sees both Spurs and Barcelona advance to...

Lionel Messi is going to cost Barcelona dearly even if he...

A surprising and a bold statement in the transfer window by...

Has it become a three way race?