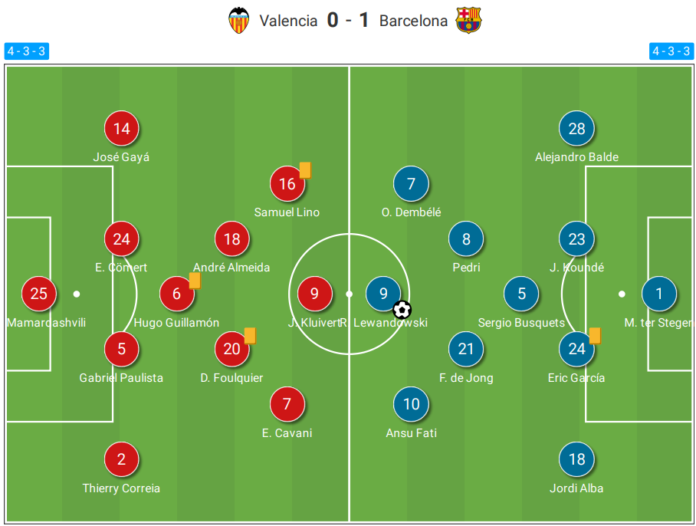 Barcelona continued to impress in LaLiga and extended their winning streak to three matches after a 1-0 victory over Valencia. Robert Lewandowski scored the only goal of the match in the dying minutes to secure Barcelona’s tenth victory in 12 matches. This victory moves them one point behind leader Real Madrid, and Xavi will be hoping that his team can stay on top of their game before the World Cup.

How many shots were attempted by Valencia? Which Barcelona player won the most duels for his side? 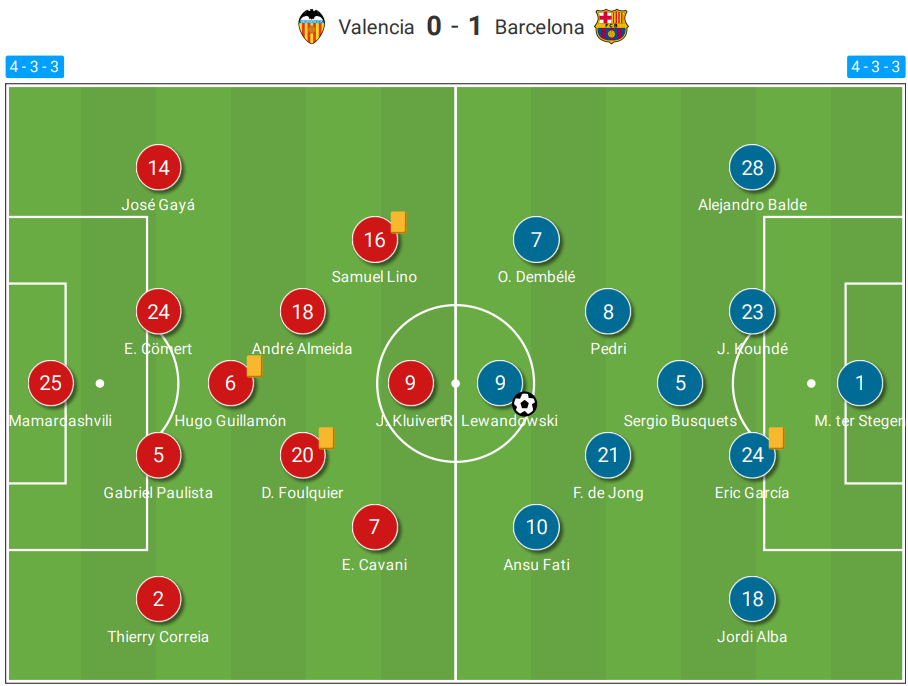 Under the microscope: Robert Lewandowski – Barcelona target the Polish international...