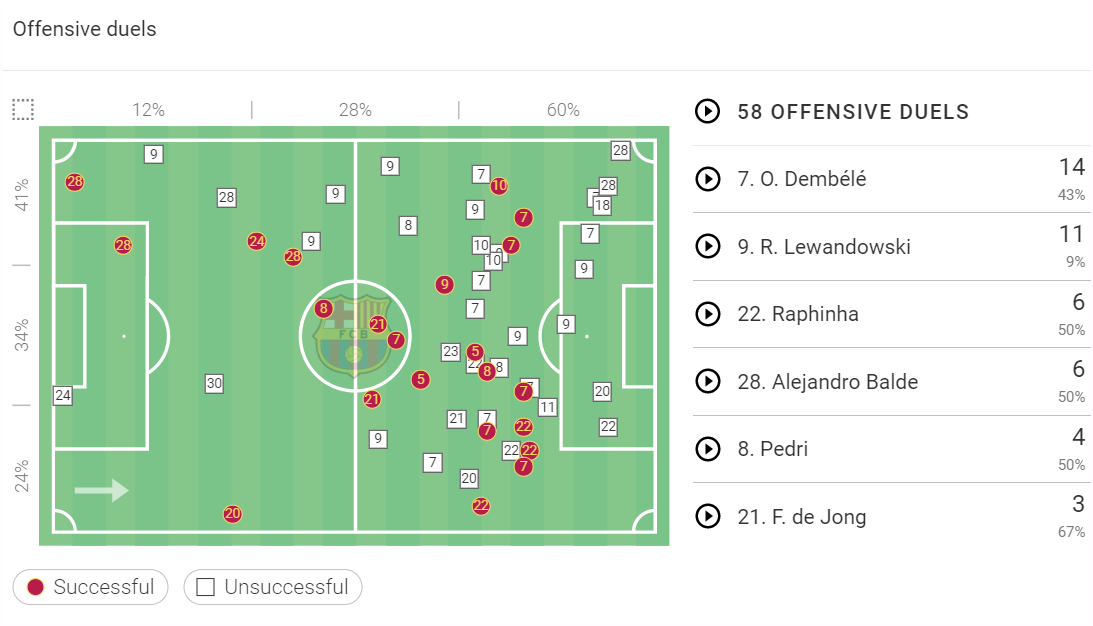 Barcelona players won a few offensive duels outside the opposition penalty box, but they failed to win any inside the penalty box. They targeted the left side of the defence.

Barcelona suffered their first defeat of the season, and this will be quite a setback for Xavi’s men. They have failed to capitalise on their chances this season and this is the biggest concern for the manager. He will hope that his side makes a comeback in the coming games and stays close to the league leaders.

Rakitic could yet leave the Camp Nou