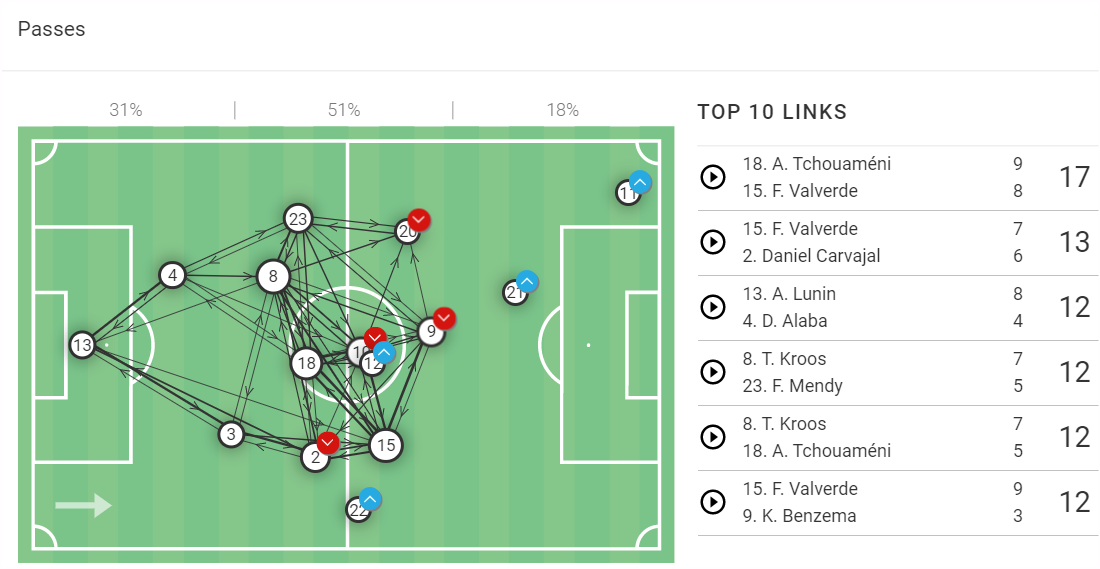 Real Madrid centre-backs played a very defensive line and the average position of David Alaba was just next to the penalty box. Toni Kroos played on the left side in the midfield three and Luka Modric took the number ten role. The team attempted 391 passes and had an 86.19% accuracy rate.

What is the history behind the tale of tiki taka?