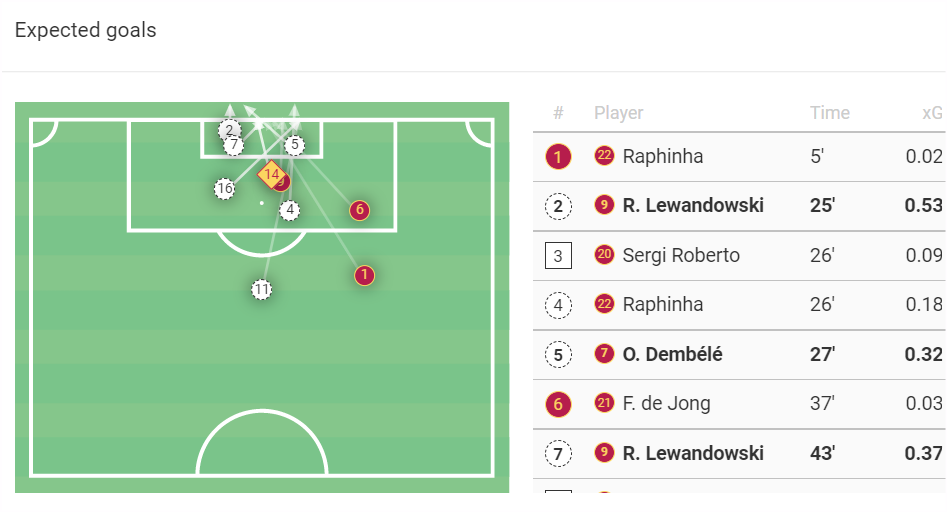 Barcelona had an xG rate of 2.72 at the end of the match. They attempted eight shots from inside the penalty box and three were accurate. In the 25th minute, Robert Lewandowski attempted a shot from inside the six-yard box. The shot was off target, but that was a great goal-scoring opportunity and generated a high xG rate.

Is Rakitic eyeing a move to another supergiant

The former Liverpool defender states he rejected Barcelona for Liverpool