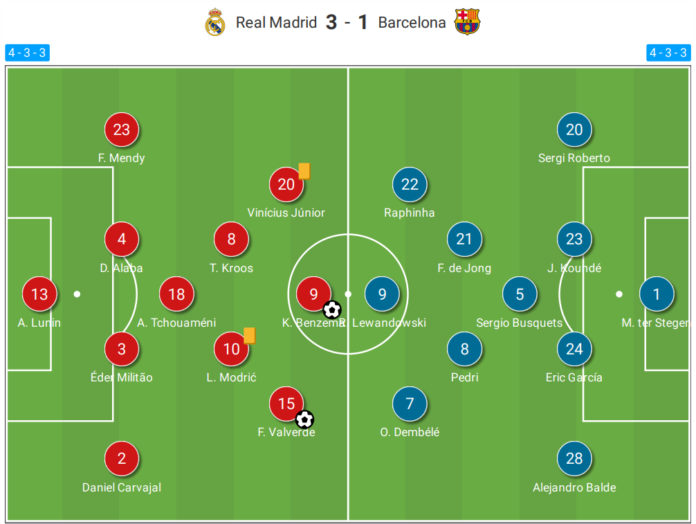 Barcelona suffered their first defeat in LaLiga 2022/23 when they were defeated 3-1 by arch-rivals Real Madrid in the El Clásico. Karim Benzema and Federico Valverde scored a goal each for the home team in the first half. Xavi’s men managed to break down Real Madrid’s defence in the 83rd minute. Ferran Torres came off the bench and gave some hope of a comeback to his side. However, Barcelona failed to score another goal, and Rodrygo’s goal in injury and stoppage time handed Real Madrid a famous victory.

Which Real Madrid player contested the highest number of defensive duels? How many passes were attempted to the final third by Barcelona? 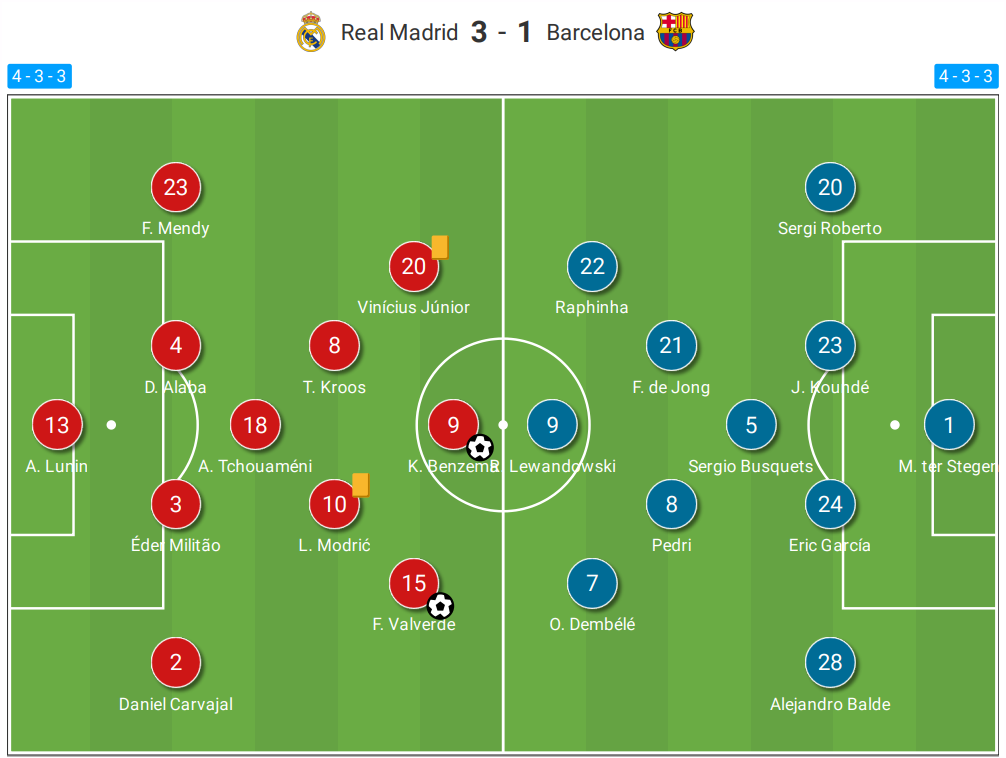 Are Barcelona yet to recover from Champions League defeat to Liverpool?