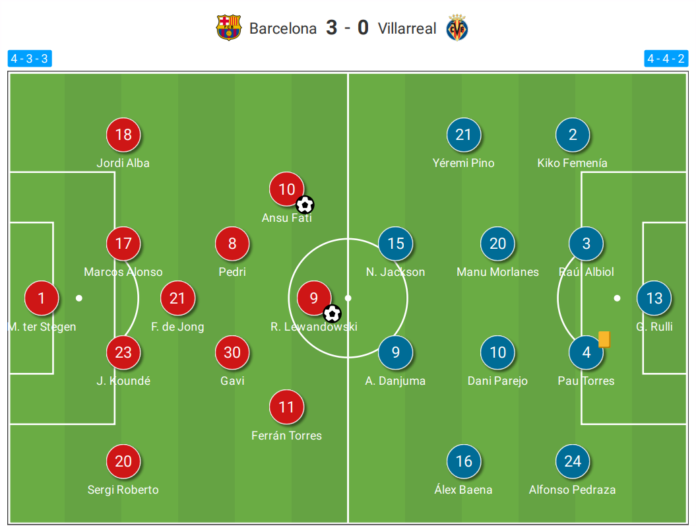 Barcelona returned to winning ways after a convincing 3-0 victory over Villareal in LaLiga. Robert Lewandowski opened the scoring in the 31st minute and scored his second and the team’s second in the 35th minute. Ansu Fati extended the lead to three goals at the 38th-minute mark. The second half went goalless for both teams.

What were the attacking zones for Barcelona? How many shots were attempted in the second half by Villareal? 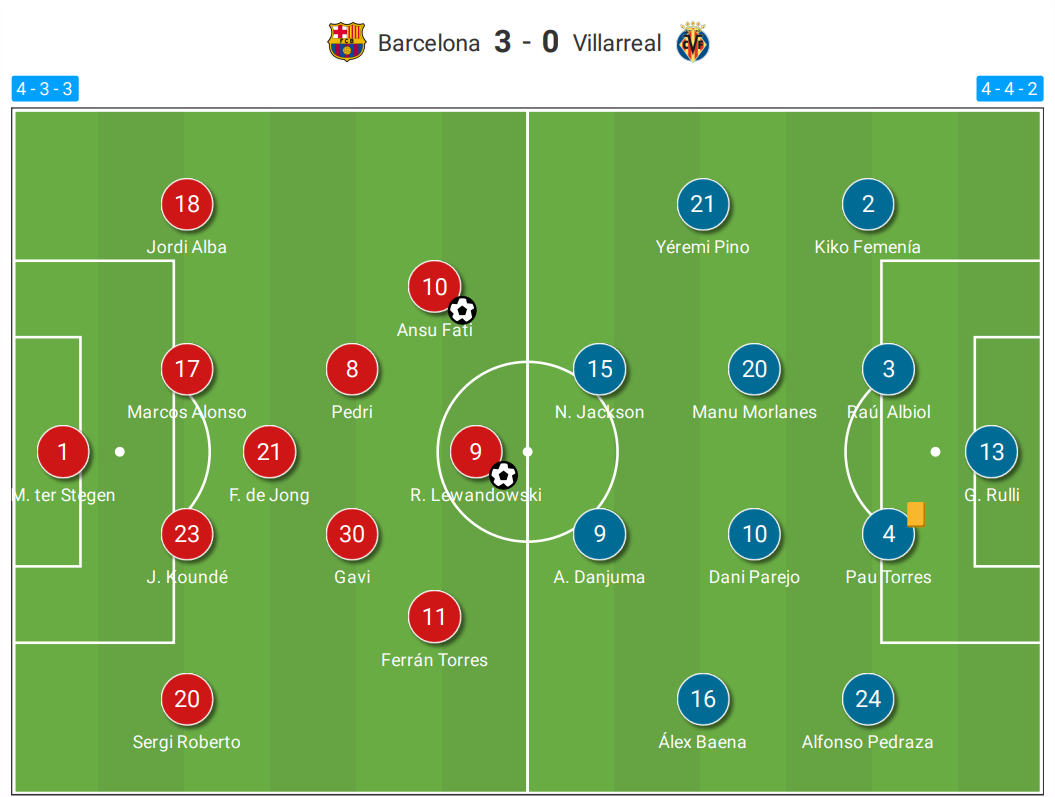