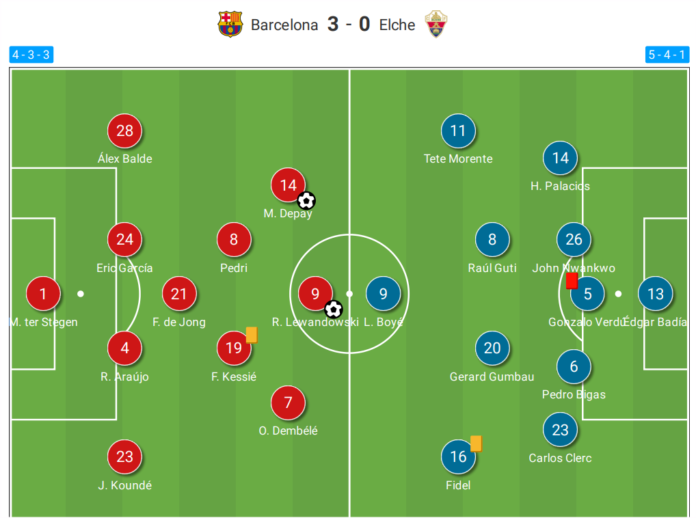 Barcelona continued their unbeaten start to the LaLiga season with a 3-0 victory over Elche. Xavi’s men have now won five games in a row in the league and are putting pressure on the defending champions, Real Madrid. Elche are stuck at the bottom of the league table and have only one point in six games.

What was the xG rate of Barcelona? Which Elche player won the highest number of defensive duels? 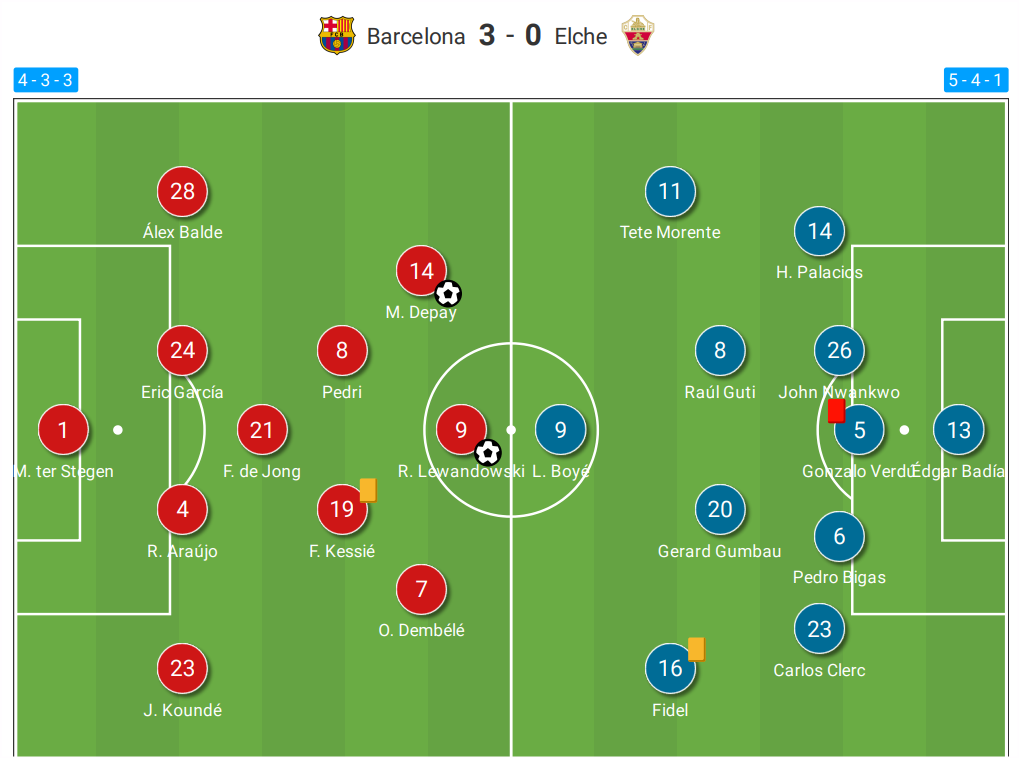