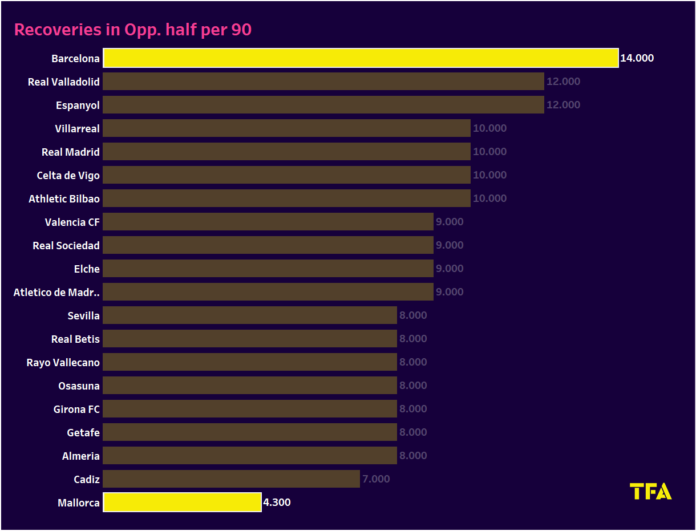 Barcelona will look to extend their winning streak to six matches when they face Mallorca in the LaLiga. Xavi’s side is one of the two teams with an unbeaten record and are aiming to get back the title from their rivals. Mallorca, on the other hand, have started the season decently and are sitting tenth in the league table.

The home team won their match before going into the international break. They have now won, drawn, and lost two matches each. The home side average a goal per match and have an average xG rate of 0.8. Their defence has conceded seven goals with an average xGA rate of 1.42. Mallorca aren’t an attacking side and have a low average of 18.33. Their shot average is 7.33 and their accuracy rate is 43.2%.

Barcelona have won their last five matches and are unbeaten this season. They have the best attack and defence in the league. They have scored 18 goals with a high average xG rate of 3.01. The defence has only leaked one goal with an xGA rate of 0.64. Xavi’s men average 38.33 positional attacks per match and 18.67 shots with a 41.1% shot accuracy rate.

Now let’s look at some of the stats that could predict the outcome of the match.

Barcelona’s danger on the counter 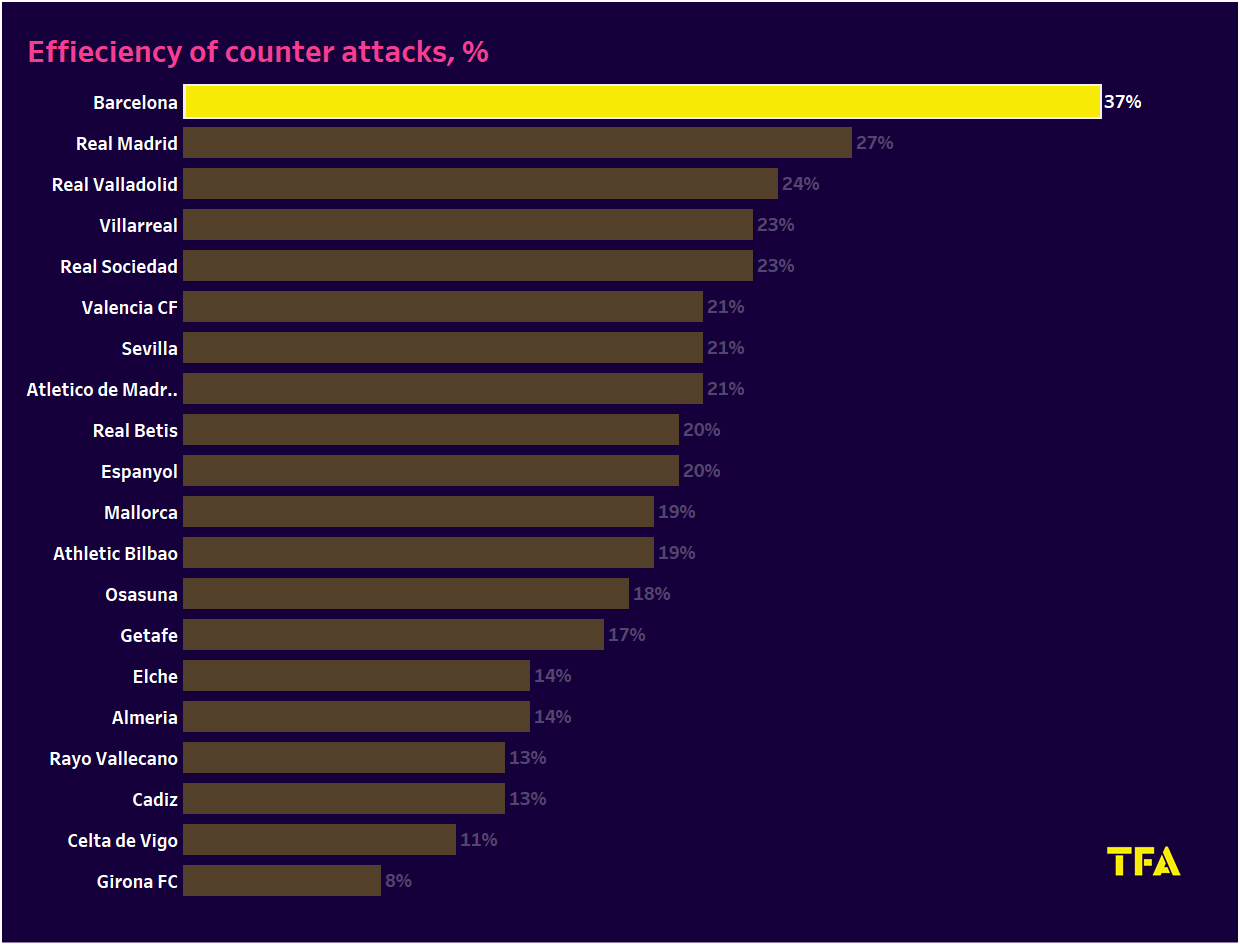 Mallorca will find it difficult to attack against this Barcelona side. They will always remain on the back foot, and this is because of the efficiency shown by Barcelona in their counterattacks. Barcelona averages 2.5 counterattacks per match and attempts shots 60% of the time. They have fast runners and good dribblers, so they carry the threat. Mallorca will remain on the back foot and won’t give that much space to Barcelona to hit them on the counter.

Recoveries in attacking half 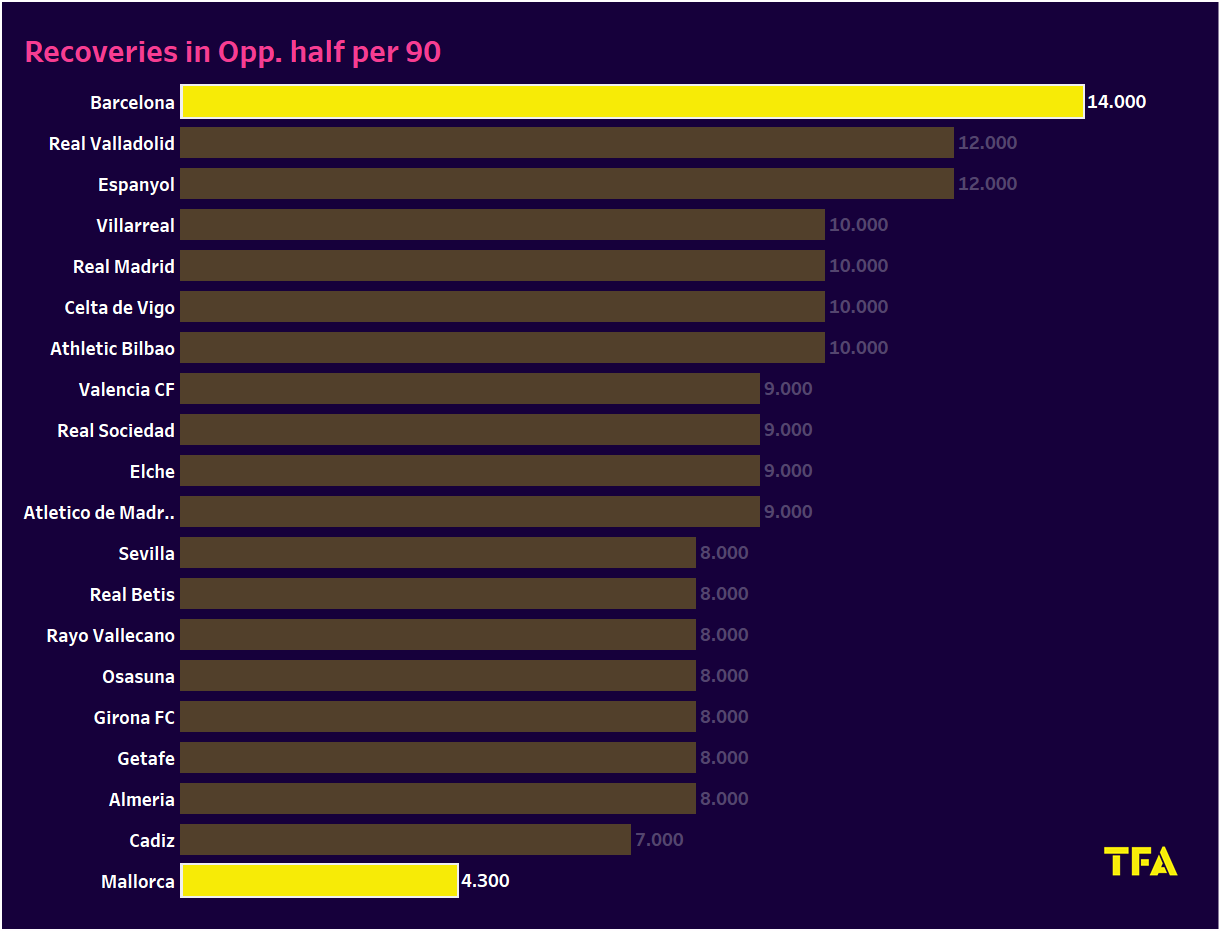 One of the reasons why Barcelona have such a good record is because of their ability to recover the ball in dangerous areas. Xavi’s men recover the ball 14 times in the opposition half per 90 minutes. They are ahead of other teams and 19 places above their opponents this weekend. These recoveries allow Barcelona to keep their attacking momentum. 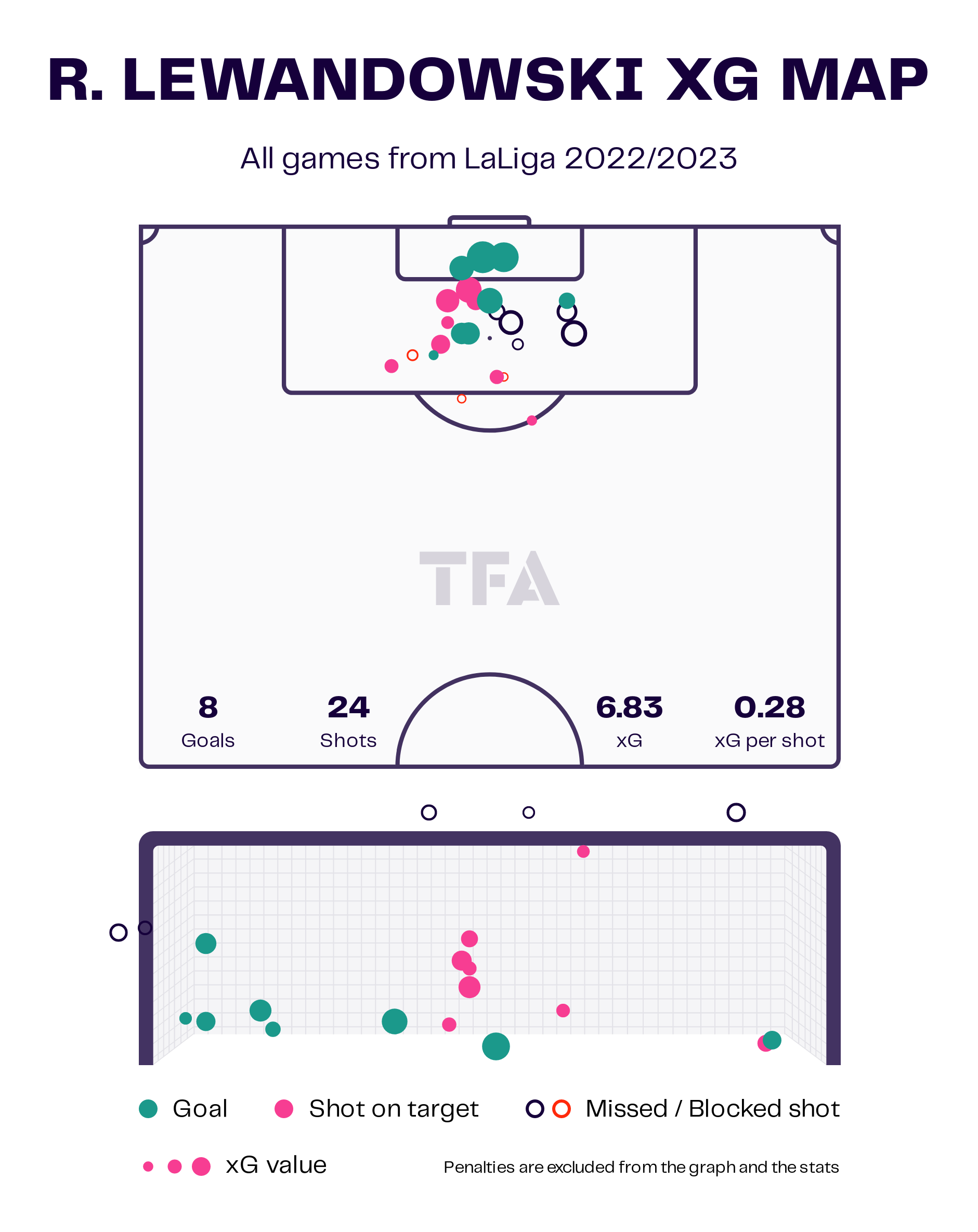 Robert Lewandowski needs to find some form before going into the midweek. He already has eight goals to his name and will look to add more. The Polish striker is likely to feature for around 60 minutes and he will look to make his mark during that time only. 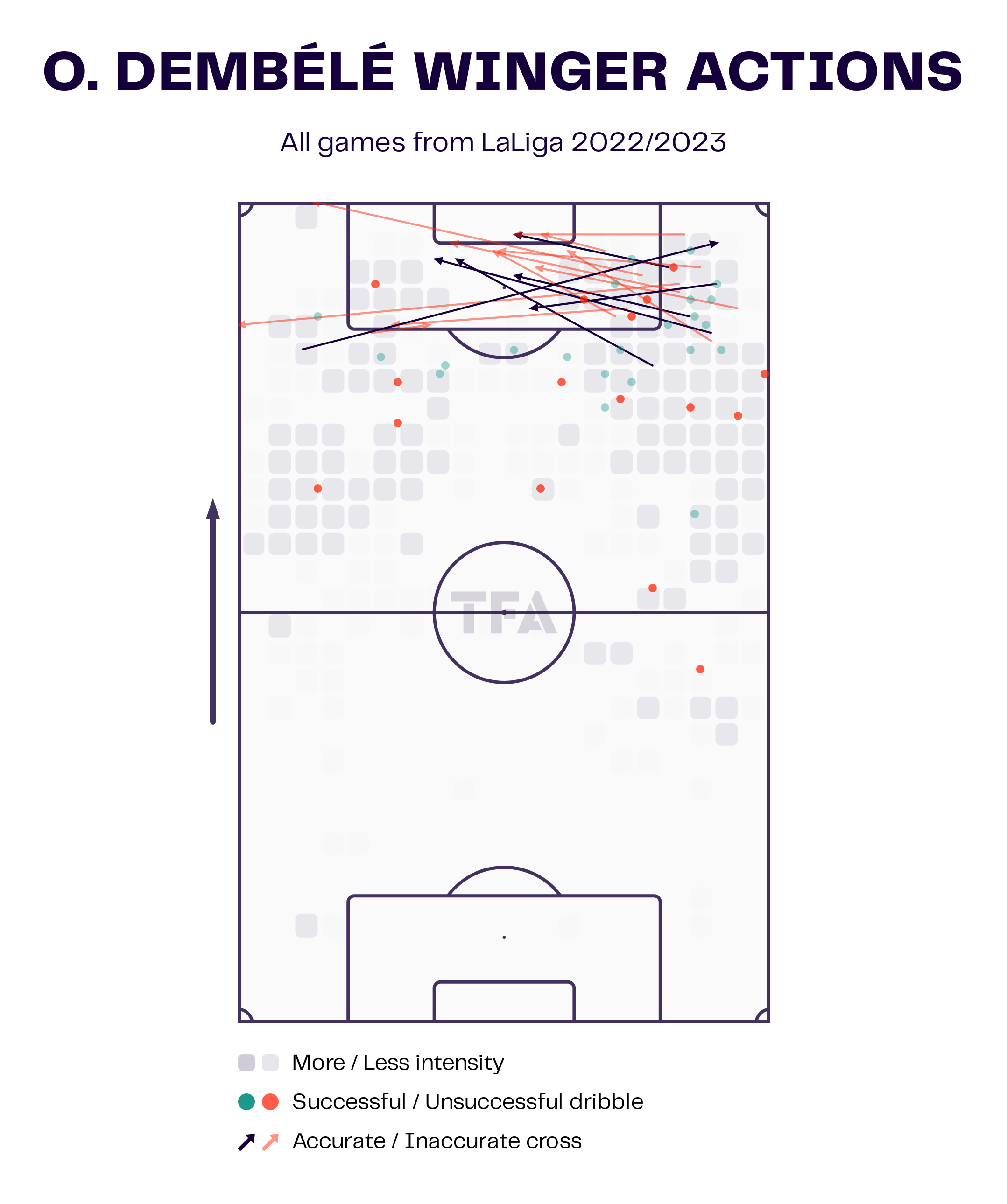 Ousmane Dembele will look to trouble Mallorca’s defence with his pace and skills. The Frenchman has two goals and assists to his name. He will aim to improve these stats and prove handy for his side. Barcelona have won the highest number of aerial duels this season. His crosses could turn into an assist.

Mallorca will be without Dominik Greif, Amath Ndiaye, and Timo Kadewere for this match.

Barcelona have a few injury issues after Memphis Depay, Frenkie De Jong, and Jules Kounde picked up injuries on international duty. Ronald Araujo will also miss the rest of the calendar year after undergoing surgery, while Hector Bellerin will miss most of the next month. The manager will also rest some key players to keep them fresh for the midweek match against Inter Milan.

Barcelona are likely to have an easy outing away to Mallorca. They will look to extend their unbeaten start to the season to seven games and become the temporary league leaders until Real Madrid play their next game.

Who will replace Suarez and what will he do next?

Lionel Messi is going to cost Barcelona dearly even if he...