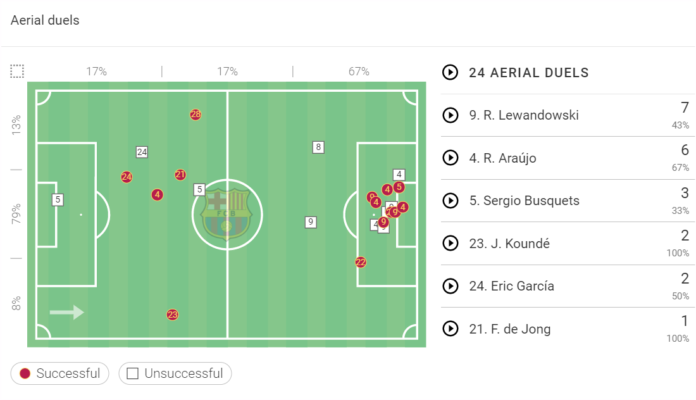 Barcelona will face bottom-of-the-table side Cádiz in their fifth match of the LaLiga season. Xavi’s men have made an unbeaten start to the season, while their opponents have lost every match and are stuck at the bottom.

Cádiz are yet to score a goal this season, and this is the biggest reason behind their struggles. The average xG rate for the home team is 0.47. The defence has conceded ten goals.

Barcelona have begun the season on a positive note and have collected ten points in four games. Xavi’s men have scored 11 goals with an xG rate of 2.78. Their defence has conceded only a single goal and have earned three clean sheets this season. Their most recent match ended in a 5-1 victory over Viktoria Plzen in the UEFA Champions League.

Now let’s look at some of the stats that could predict the outcome of the match. 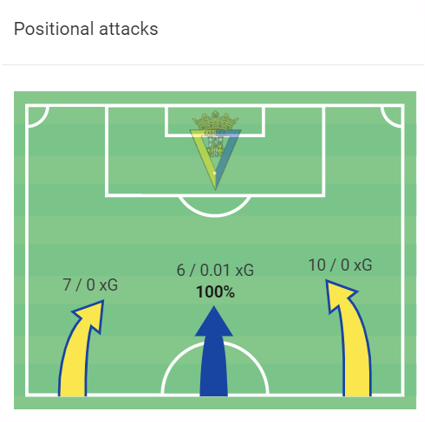 Cádiz have the worst attacking record in the league this season. They average 23.5 positional attacks and only 6.5 shots per match. The shot accuracy rate is very low at 30%, which means that only two shots hit the target in every match. They have struggled to carry the ball into dangerous areas, and Barcelona’s defence is likely to clear the danger with ease. 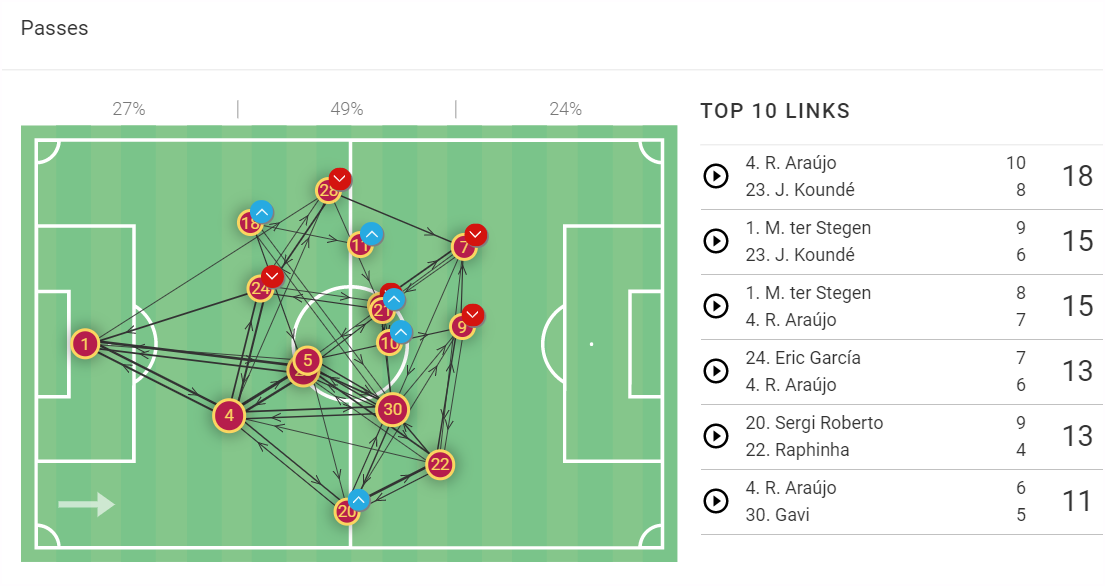 Barcelona play in a 4-3-3 formation. One of the midfielders plays a holding role, and the other two are given the freedom to roam freely up and down the pitch. Creativity comes from the wings as well as from the centre. The full-backs play a high attacking role and apply constant pressure on the opposition’s defence. Robert Lewandowski plays as the target man for the team. 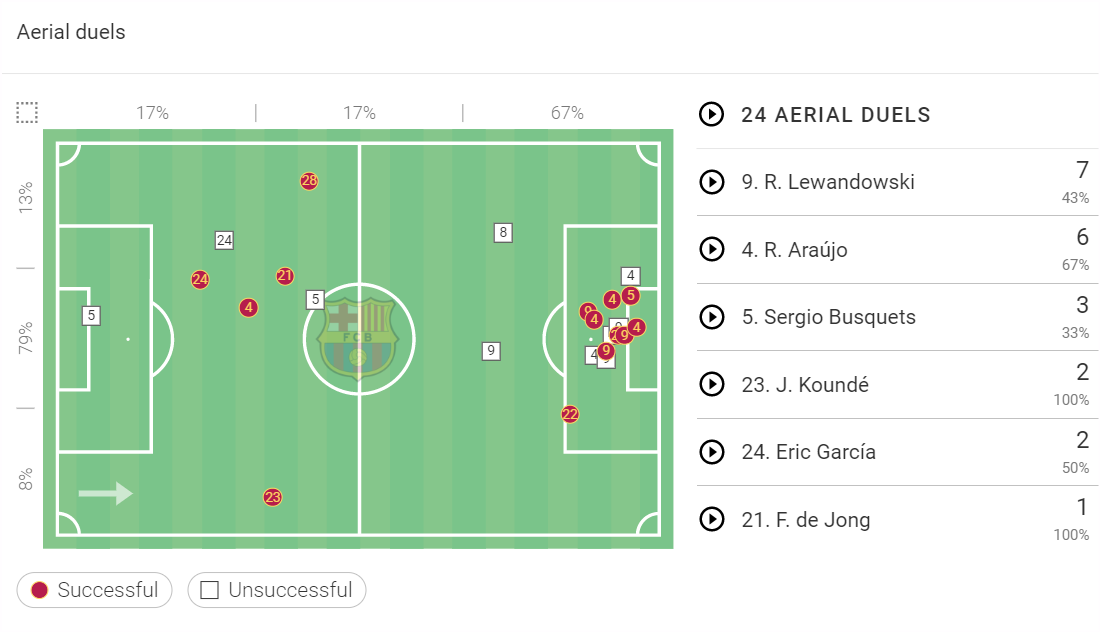 Barcelona will pose a lot of aerial threats in this match. They have won 57.3% of their aerial duels, and this is a high win percentage when compared to the other teams. In 14 aerial duels against Real Valladolid, Barcelona won 14 of them, with most of the wins coming inside the opposition’s penalty box. They will attack these high crosses in the opposition’s penalty box and score a goal or two. 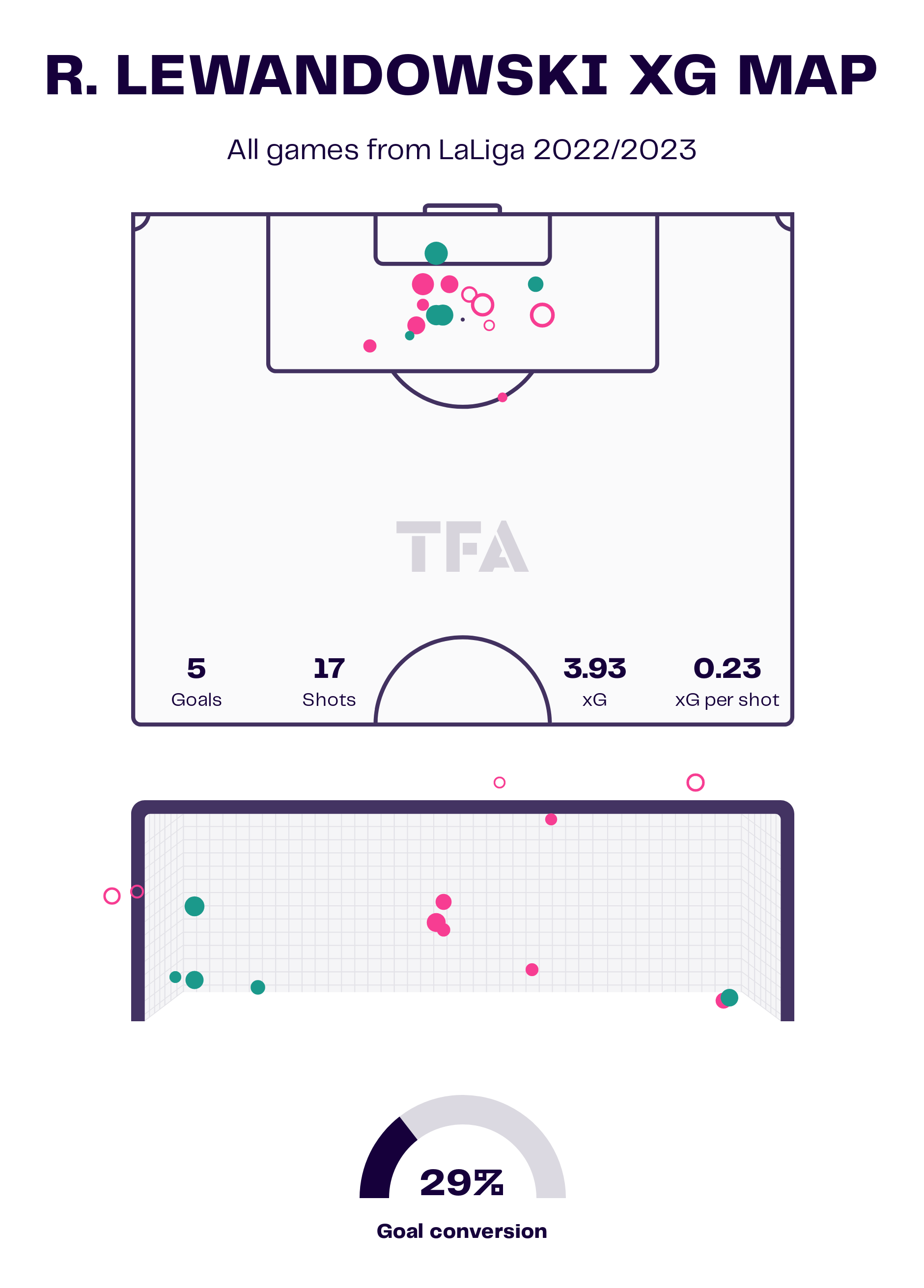 Cádiz have to deal with Robert Lewandowski in this match. The Polish international has played a significant part in Barcelona’s unbeaten start to the season. Lewandowski has scored five goals in LaLiga. He averages four shots per match and has a high accuracy rate of 70.6%. Lewandowski is clever in finding space inside the opposition’s penalty box. 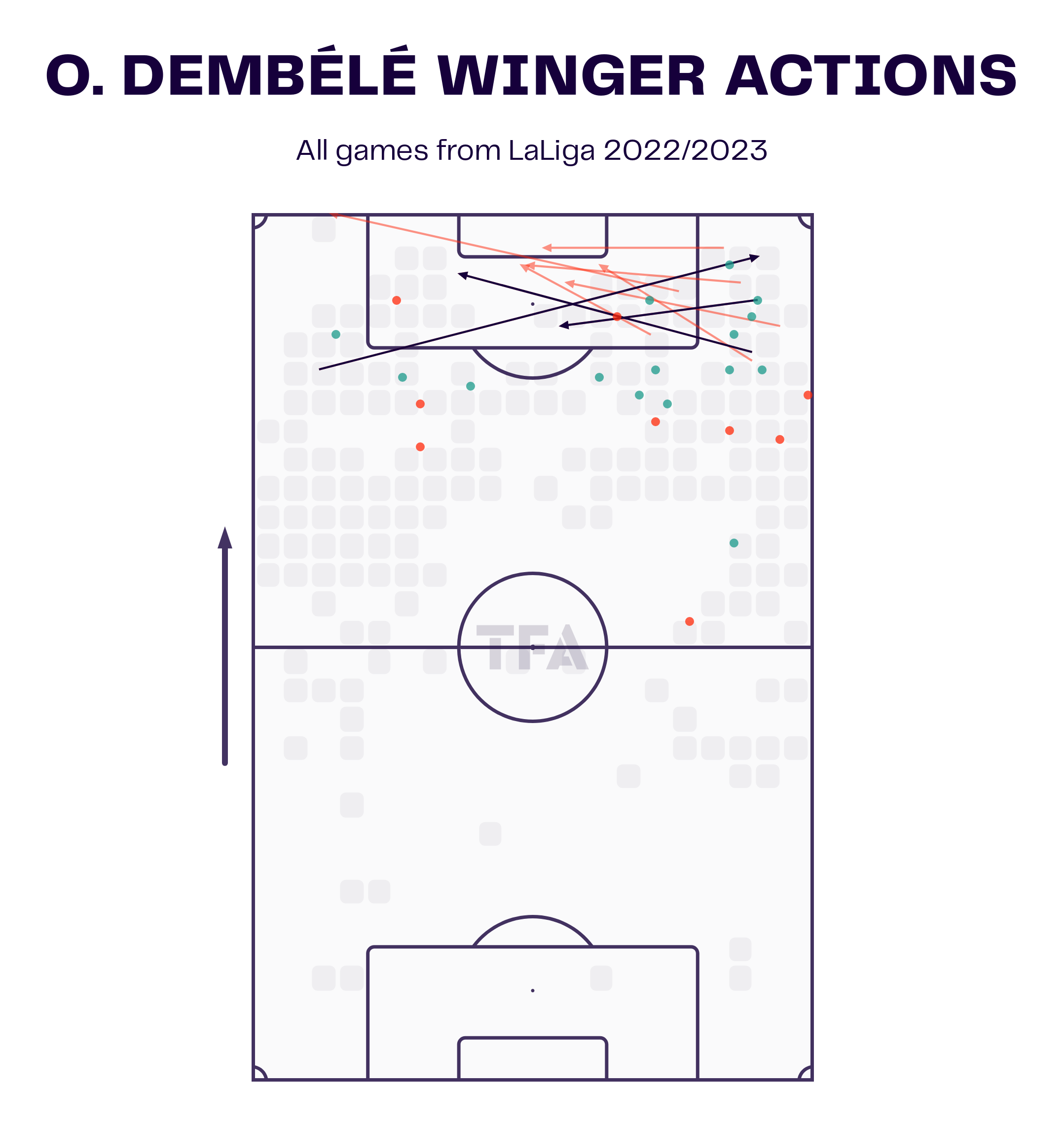 Another player who will trouble Cádiz is the in-form Ousmane Dembele. He already has two assists and a goal to his name this season. The above viz shows his attacking actions in the season. Dembele enjoys a lot of success on the right side of the attack. He has delivered some successful crosses and that has created a lot of menace inside the opposition’s penalty box.

Cádiz will be without the likes of Jon Ander Garrido and Rubén Alcaraz. There are no new injury concerns in the camp.

Xavi has plenty of options to choose from. The former Barcelona player will look to give opportunities to a few players and try to fit them into the team.

Barcelona are the favourites to win this match. Cádiz have struggled throughout the season and will have a busy day at home. A win for Barcelona will keep them closer to the league leaders, Real Madrid, and will put them under pressure.

Five players who failed to live up to expectation at Barcelona

Who will replace Suarez and what will he do next?