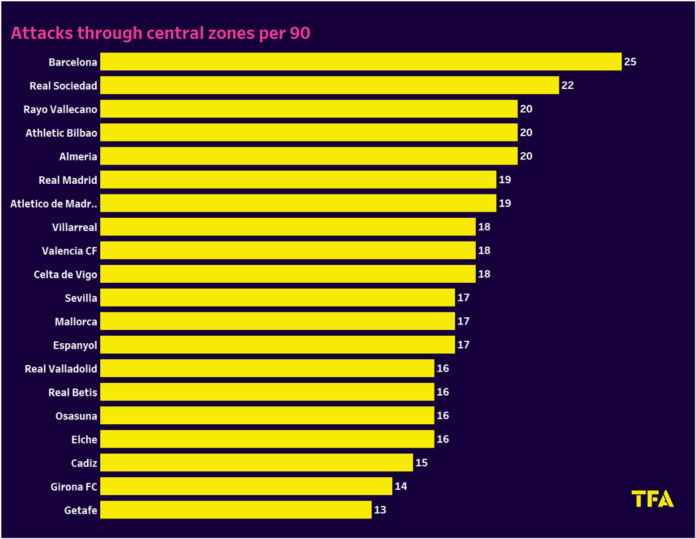 Barcelona will look to extend their unbeaten streak in LaLiga to six matches against a struggling Elche side at home. Xavi’s men need to bounce back with a win after losing their UEFA Champions League tie against Bayern Munich. Xavi will need a positive reply from his players as they look to regain the league title back from Real Madrid.

Barcelona have won their last four matches in the LaLiga. They have scored 15 goals with an average xG rate of 2.78. The defence has impressed and only conceded one goal. Xavi’s men won their last match against Cadiz by a scoreline of 4-0.

Elche have made a poor start to the season and have just earned a single point in five games. They are on a three-match losing streak in the league and sit in the 19th position. Elche have scored two goals with an average xG rate of 0.96. The defence has leaked 13 goals, with a high xGA rate of 2.5.

We now look at some of the stats that could predict the outcome of the game. 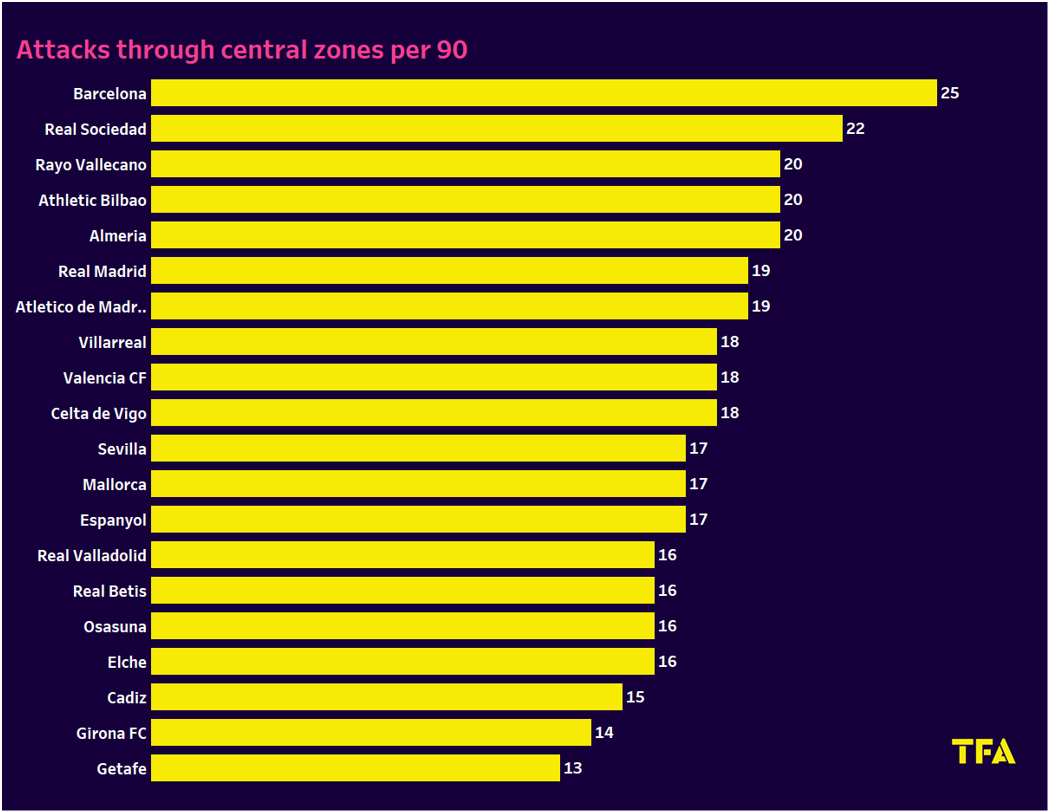 Barcelona have strengthened their wider areas of attack. They try to attack more from the flanks. However, the above benchmarking shows that Xavi’s men have created the highest number of attacks through the centre per 90 minutes. Barcelona midfielders are getting involved in the attack and that has allowed them to penetrate the attacking areas from the centre. 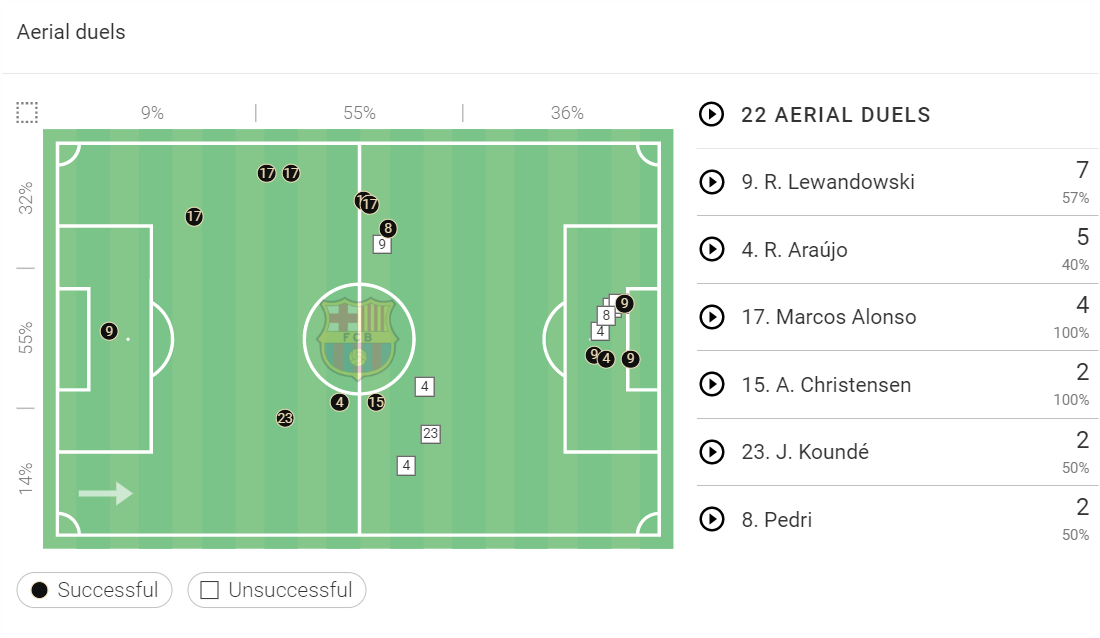 Barcelona averages 35 positional attacks and 17.6 shots per match. They like to cross the ball to create a few chances. One of the areas where Xavi’s men will dominate is in winning the aerial battles. Barcelona has the highest win percentage of 62% for aerial duels in the league. The above viz shows that Barcelona players won a few aerial duels inside Bayern Munich’s penalty box. Robert Lewandowski has aerial strength and will be handy in these situations. 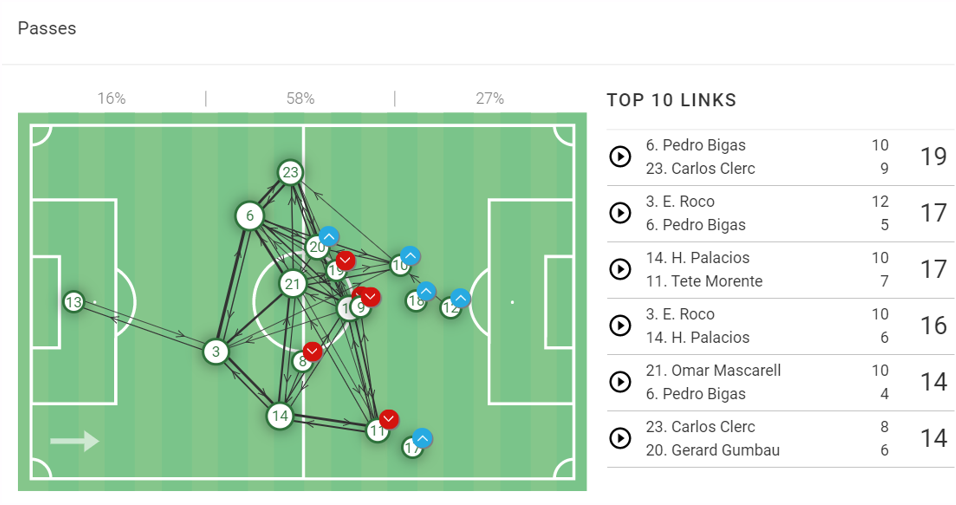 Elche have struggled to attack this season. They average 29.6 positional attacks per game and attempt six shots from these attacks. The above viz shows the average position and the passing links of the players. Elche’s players like to play through the centre. They play a lot closer to each other. They will only get a few touches against Barcelona, and it would be tough for them to beat such a defensive wall. 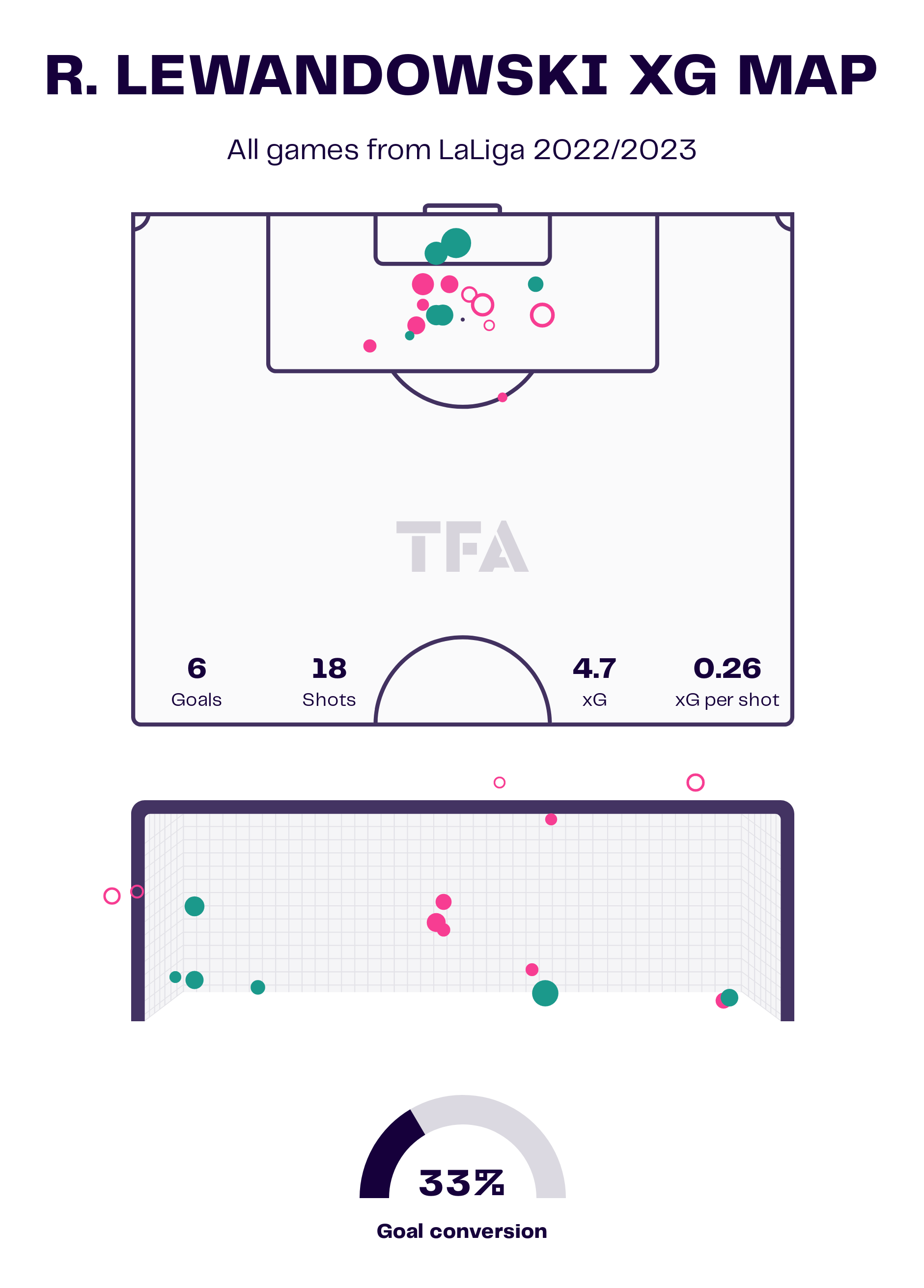 Robert Lewandowski will look to add more goals to his tally in this match. The Polish international already has six goals to his name and will be hungry for more after failing to score against Bayern Munich in midweek. He averages more than three shots per game with a 66.67% shot accuracy rate. Lewandowski also has two assists to his name. He will be a key figure in the attack. 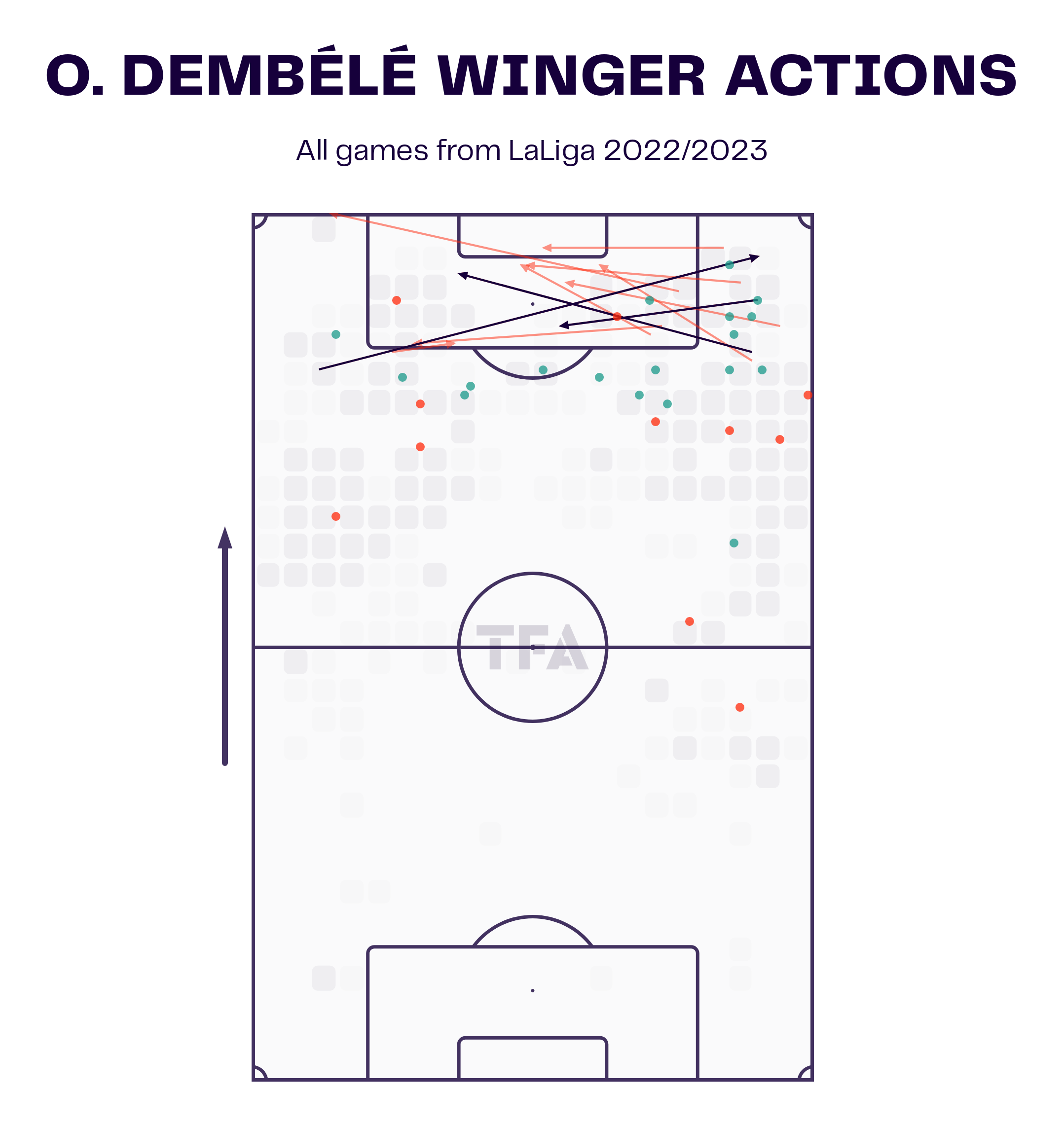 Ousmane Dembele will also play a key role after a poor performance in midweek. He has two assists and two goals to his tally and will look to increase his numbers in this game. The green dots in the above viz show the successful dribbles and the black arrows show the successful crosses. Dembele has won a few dribbles outside the penalty box and that has helped him enter the box. However, the player has been poor with his crossing and will look to improve his accuracy in this match.

Barcelona have a fully fit squad and Xavi will have selection headaches. He could bring in a few changes in the team after a disappointing loss against Bayern Munich. Frenkie de Jong is likely to start after impressing in recent matches. Xavi will try to give gametime to some of his players.

Elche will be without Gonzalo Verdu, Gerard Gumbau and Omar Mascarell for this match.

This should be an easy win for Barcelona. Elche are struggling in attack and defence. The goalkeeper will be looking to add another clean sheet to his tally, and Robert Lewandowski will look to increase his goal-scoring tally to claim the top scorer award this season.

Transfer Talk: Sergio Reguilón – How a loan move for the...

Lewandowski to Barcelona could actually happen