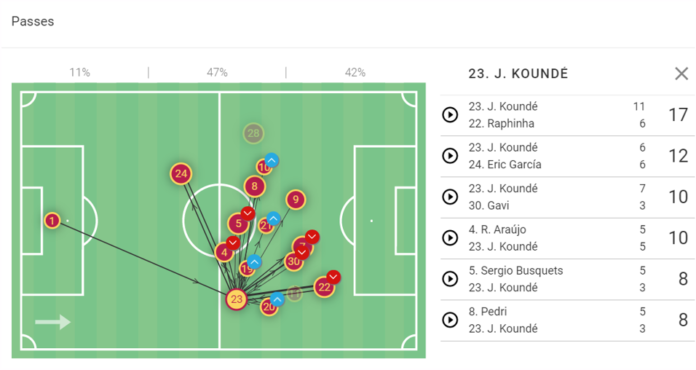 Barcelona have found their form after winning the last two games and are unbeaten in the LaLiga this season. Xavi added some new names in the summer, and they are performing at the top level. One of the concerns for the manager before the start of the season was his team’s defence. Barcelona defenders were struggling last season but have improved a lot this season. However, one of the biggest concerns for the manager is selecting his next four at the back. Andreas Christensen and Jules Kounde joined before the transfer deadline day, and Barcelona signed Marcos Alonso and Hector Bellerin on the deadline day. Xavi’s biggest issue in defence is their full-backs.

Xavi has used Ronald Araújo and Kounde in the right-back role. He has signed Bellerin, but the player is unlikely to be introduced directly into the team. Araújo and Kounde have played decently in that role, and some of the stats below show who could serve as a long-term solution for the former Barcelona player. 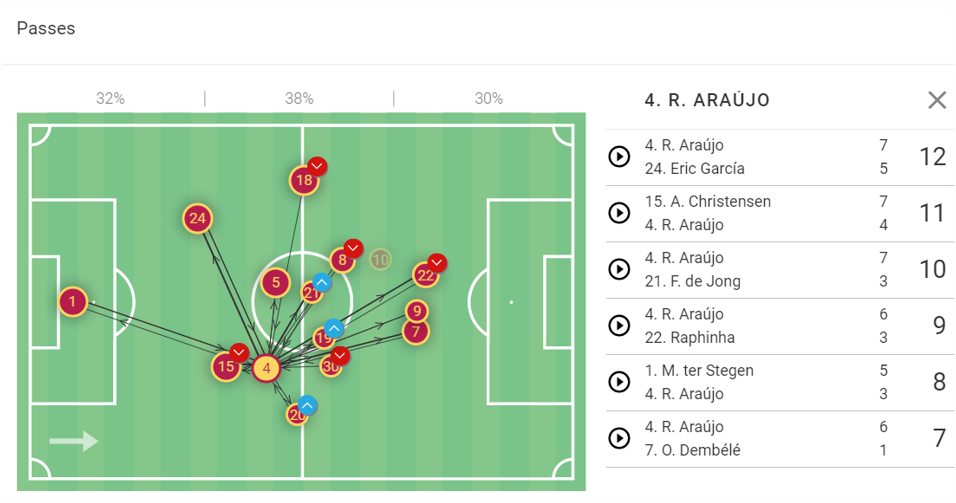 Araújo has already played a similar role last season. This season, he has spent 87 minutes in the right-back role. He has a more defensive mindset and likes to stay at the back instead of making runs to the final third. Araújo made 36 passes with an 86% passing accuracy rate. His passes included seven passes to the final third with a 71.4% accuracy rate, and he also attempted one successful pass into the opposition’s penalty box. 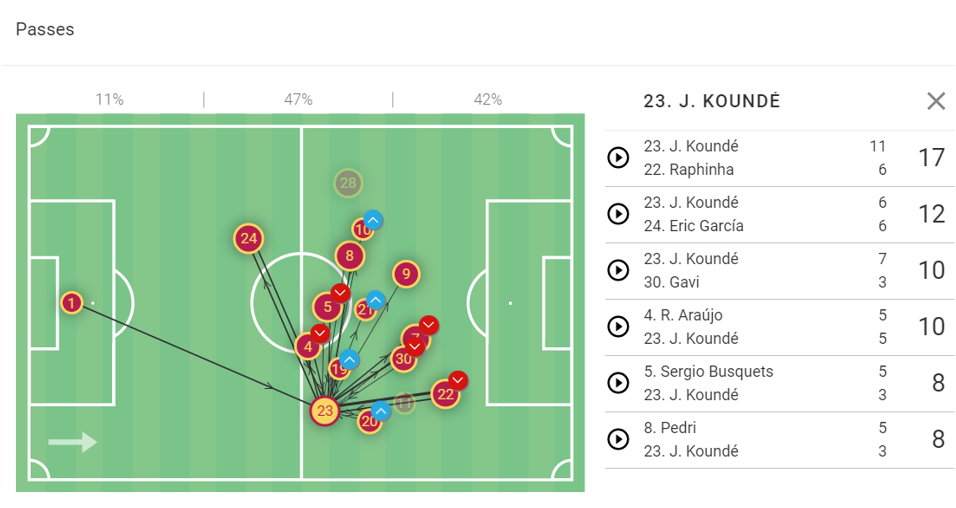 Kounde started as a right-back in his first game for Barcelona. He spent 66 minutes in a similar role and attempted 37 passes with an accuracy rate of 83.8%. These included five passes to the final third with a 100% success rate and the same number of passes to the penalty box with a 60% accuracy rate. Kounde was more positive and effective with his passing. 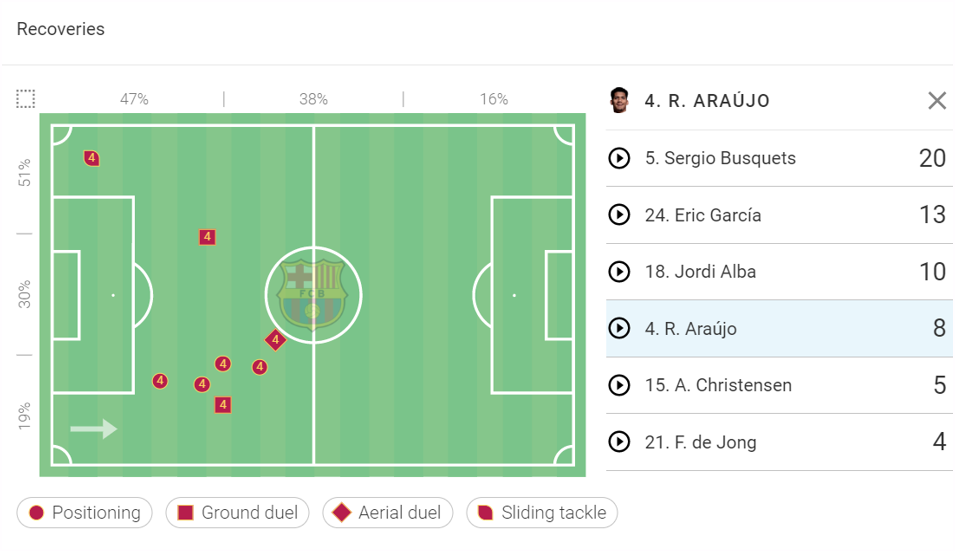 When it comes to defensive duties, Araújo won 33.33% of defensive duels and 100% of his aerial duels. He also made four recoveries but all of them came inside his team’s half. 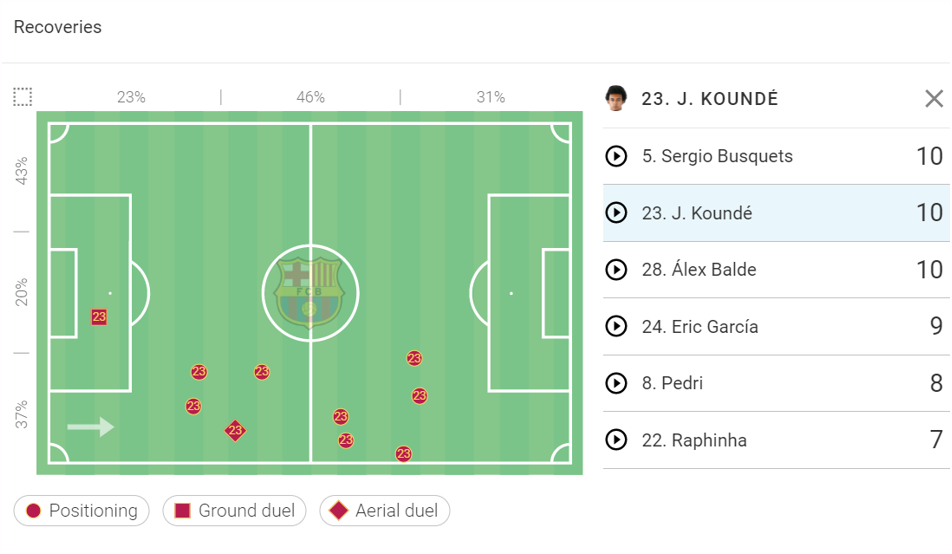 Kounde won 50% of his defensive duels and 100% of his aerial duels. He made seven recoveries in that particular role and three came inside the opposition’s half.

The above stats show that Kounde likes to go forward and is more comfortable with the ball. Araújo has a more defensive mindset than his teammates. This means that Jules Kounde could feature as a centre-back and a right-back in his first season at the club. Xavi might start him in a similar role once again against Sevilla.

Dutch debutant would have benefitted from midfielder’s experience – analysis