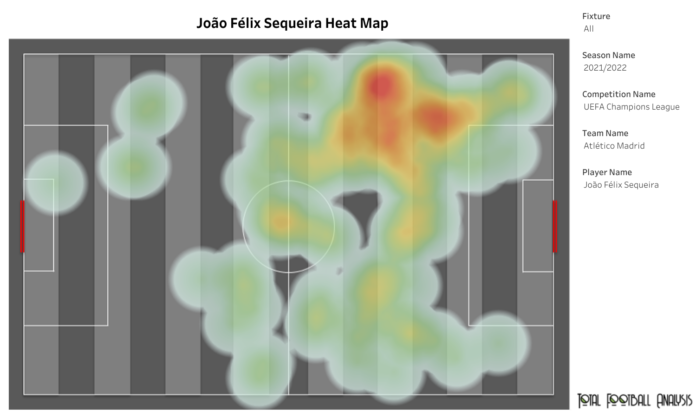 FC Barcelona is considering a move for Atletico Madrid’s young sensation Joao Felix in the summer. The Spanish club is on a mission to reshape their squad for the next season, and the 22-year-old is quickly becoming one of their primary targets. In 2019, Joao Felix moved to Atletico Madrid from Benfica after Barcelona acquired the services of Frenchman Antoine Griezmann from the Madrid club in the same transfer window. Griezmann is currently on loan at Atletico Madrid and could be a part of the deal as this could save some money for Barcelona. The youngster has been a key part of Atletico Madrid’s squad in the UEFA Champions League and has given some impressive performances on the pitch.

Joao Felix has featured in five UEFA Champions League games this season, with one appearance from the bench. He has scored a goal and has an assist to his name. Joao Felix scored a crucial goal against Manchester United in the first leg of the Round-of-16 of the league. 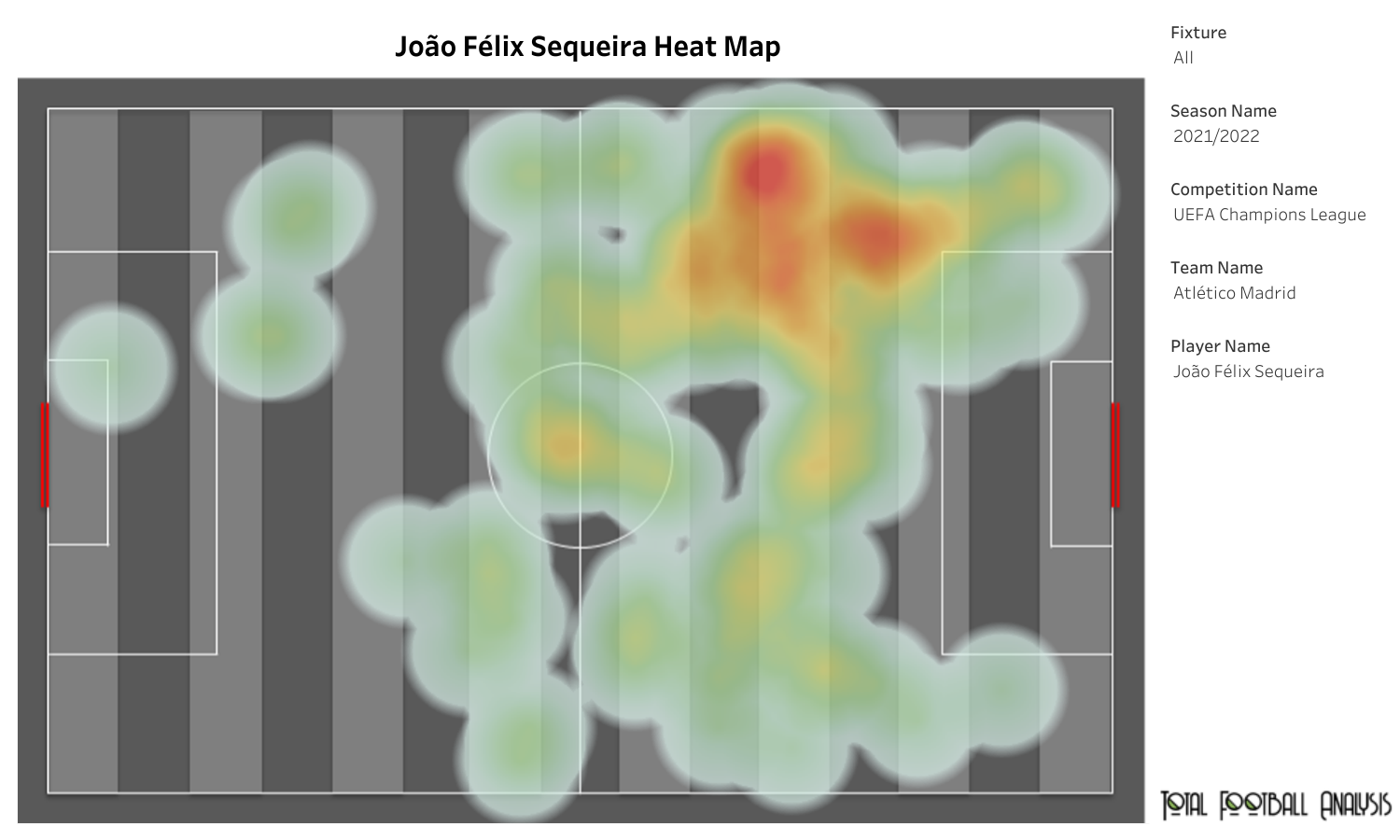 Atletico Madrid usually play with two strikers at the top of the attack, and Felix has featured as the left forward amongst the two. The above heat map shows that Felix has stayed more towards the left side and has taken wider positions on that side. He has been flexible with his positioning sometimes and has also featured towards the right side. 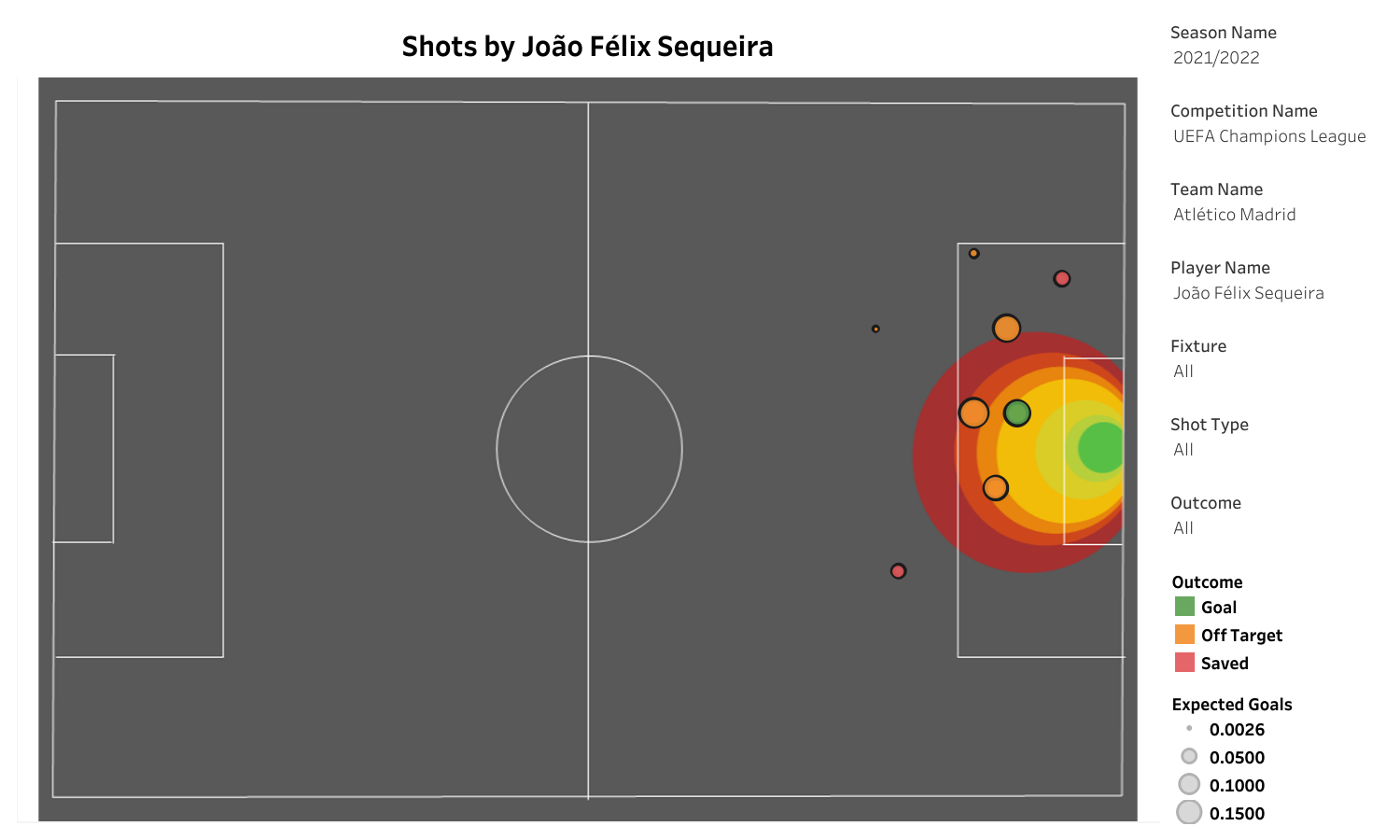 Joao Felix has attempted eight shots and has managed to hit the target three times. The above shot map shows that he has attempted six shots from inside the opposition’s penalty box. Of these six shots, two were on target. He attempted five shots against Manchester United with a 20% shot accuracy rate. The overall xG rate is a bit low at 0.55.

Other than this, the 22-year-old has attempted 103 passes with an 85.43% passing accuracy rate. These 103 passes include two crosses, five long passes, three smart passes and through passes each. He provided an assist to Antoine Griezmann against Liverpool in the group stage. The player has also attempted 15 dribbles, and five were against Manchester United in the last match. Defensively, he has made four recoveries along with four interceptions this season.

Atletico Madrid are well-known for their defensive play on the field. They rely more on counterattacks, and Felix’s pace gives them a lot of advantage over their opponents. The player is a crucial part of Atletico’s squad, but Barcelona could pursue him to join them. Joao Felix could be a crucial addition to Barcelona and might lead the attack next season.

Barcelona’s reliance on Messi is reflected by the markets