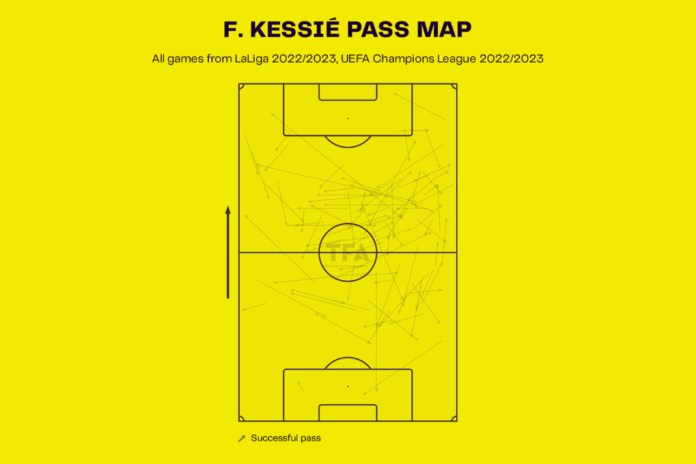 Franck Kessie was one of Barcelona’s first signings in the recently concluded transfer window. He agreed to personal terms with the LaLiga club and left AC Milan on a free transfer. The 25-year-old was a member of a Serie A winning side and left the Italian club to achieve more success elsewhere. Kessie is now part of a young and talented midfield at Barcelona. The Ivory Coast international has had limited opportunities for Barcelona in the first few games. We now look at some of the stats of the player to see how he has performed so far in his short career with the Catalan giants. 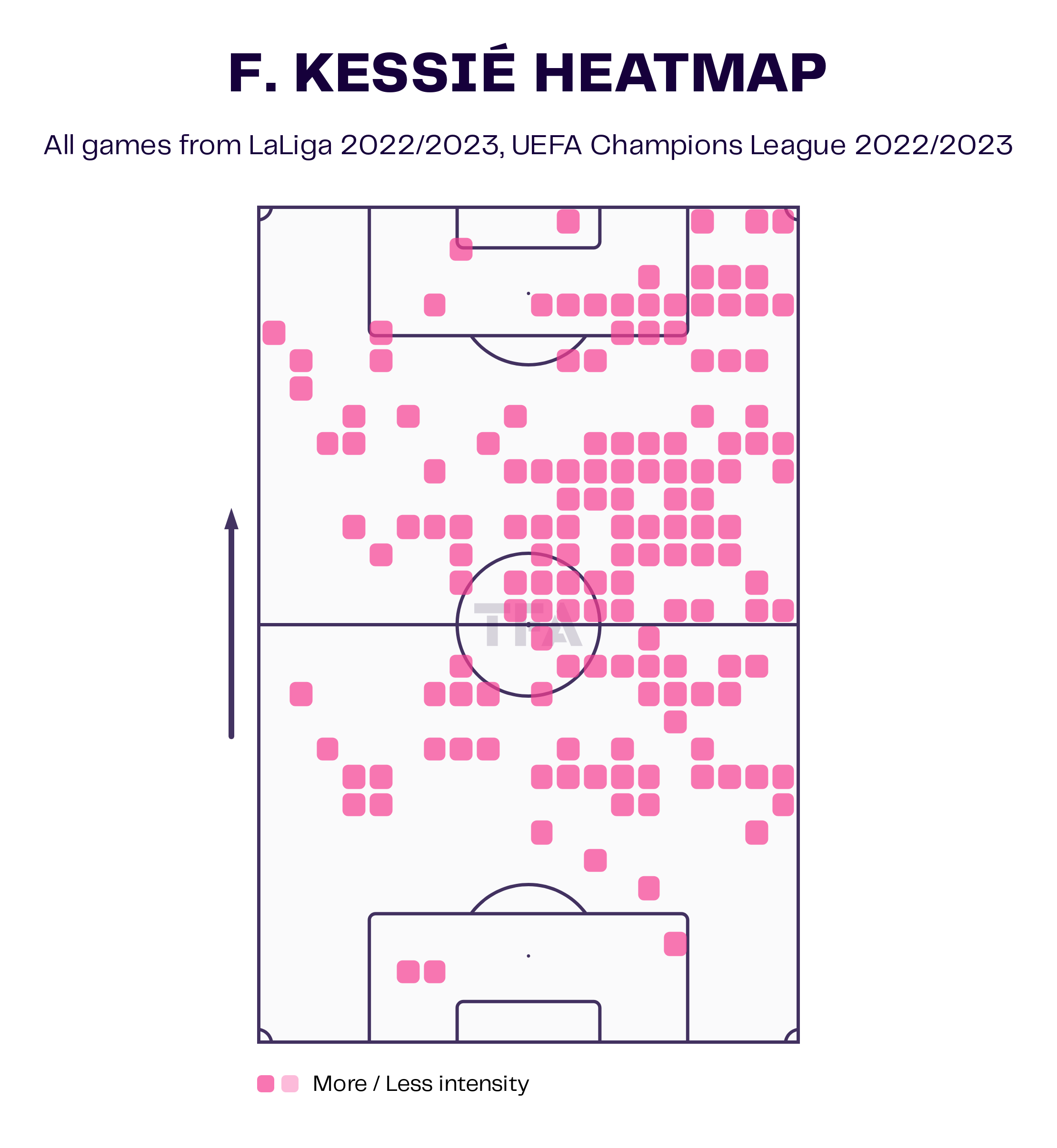 Franck Kessie made his LaLiga debut against Rayo Vallecano. He spent 27 minutes on the pitch in his first appearance. Xavi handed him his first start in Barcelona’s UEFA Champions League clash against Viktoria Plzen. The 25-year-old went on to score the first goal for his new club in his first start. Franck Kessie has played as a right-central midfielder. The heatmap shows that Kessie has played a high attacking line and has taken some dangerous positions in the final third. Kessie has often tried to penetrate the opposition penalty box and has managed nine touches inside it. He will look to make more of an impact with the freedom in the field and has already shown his worth by scoring a goal for the team. 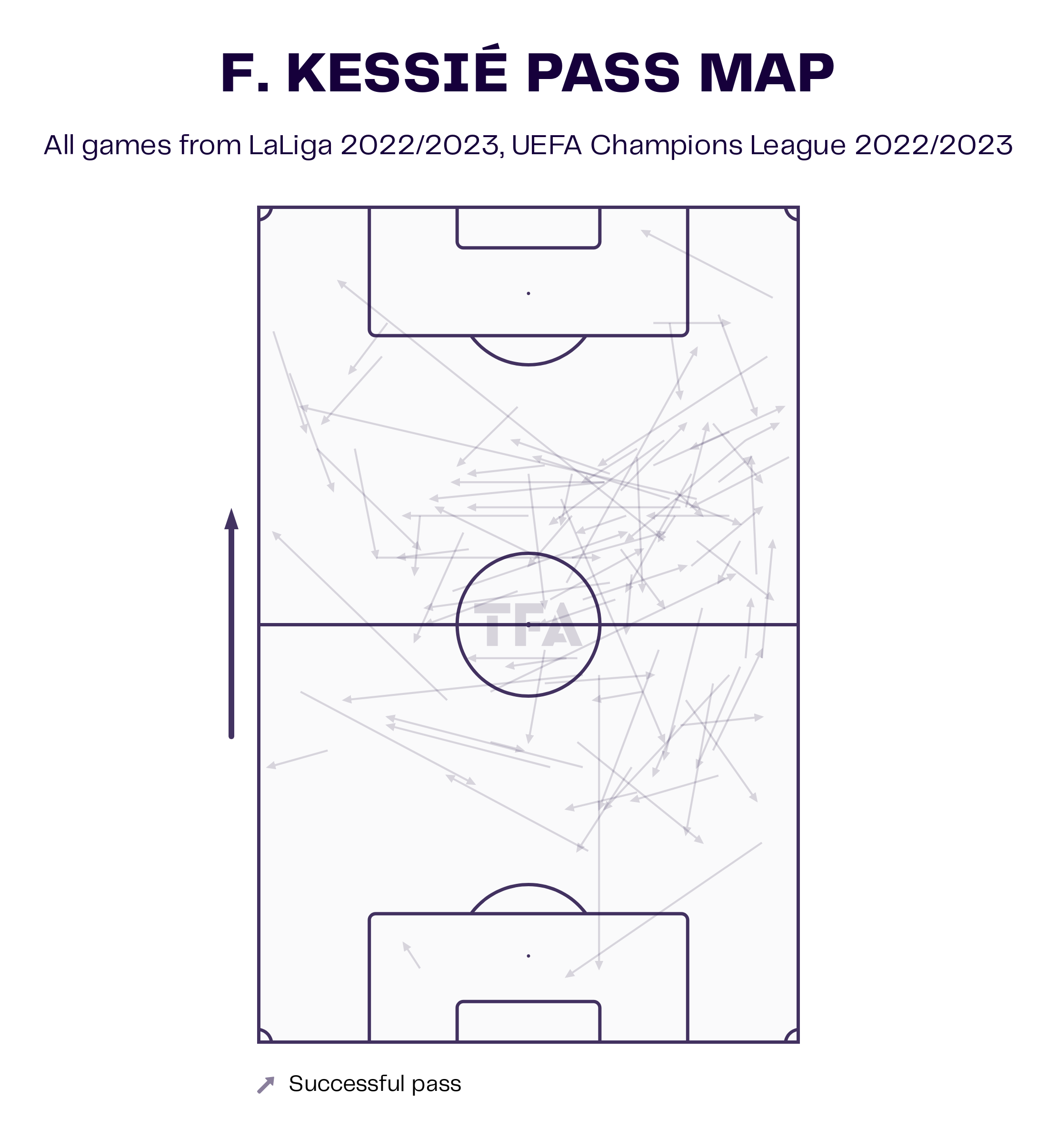 The midfielder has an average of 47 passes per 90 minutes and the accuracy rate is 89.6%. He has come in the last minutes of a few games, and that has resulted in more back passes than forward passes. For that, Franck Kessie has played the role of keeping the ball safe, and he averages 14.2 back passes per 90 minutes. The above viz shows that Kessie has not attempted a lot of passes to the dangerous areas. His accuracy rate for passes to the final third is 100%, but he plays a high line and only averages 3.1 passes per 90 minutes. Xavi will expect more from him on the creativity side and will hope his midfielder delivers in the coming matches. 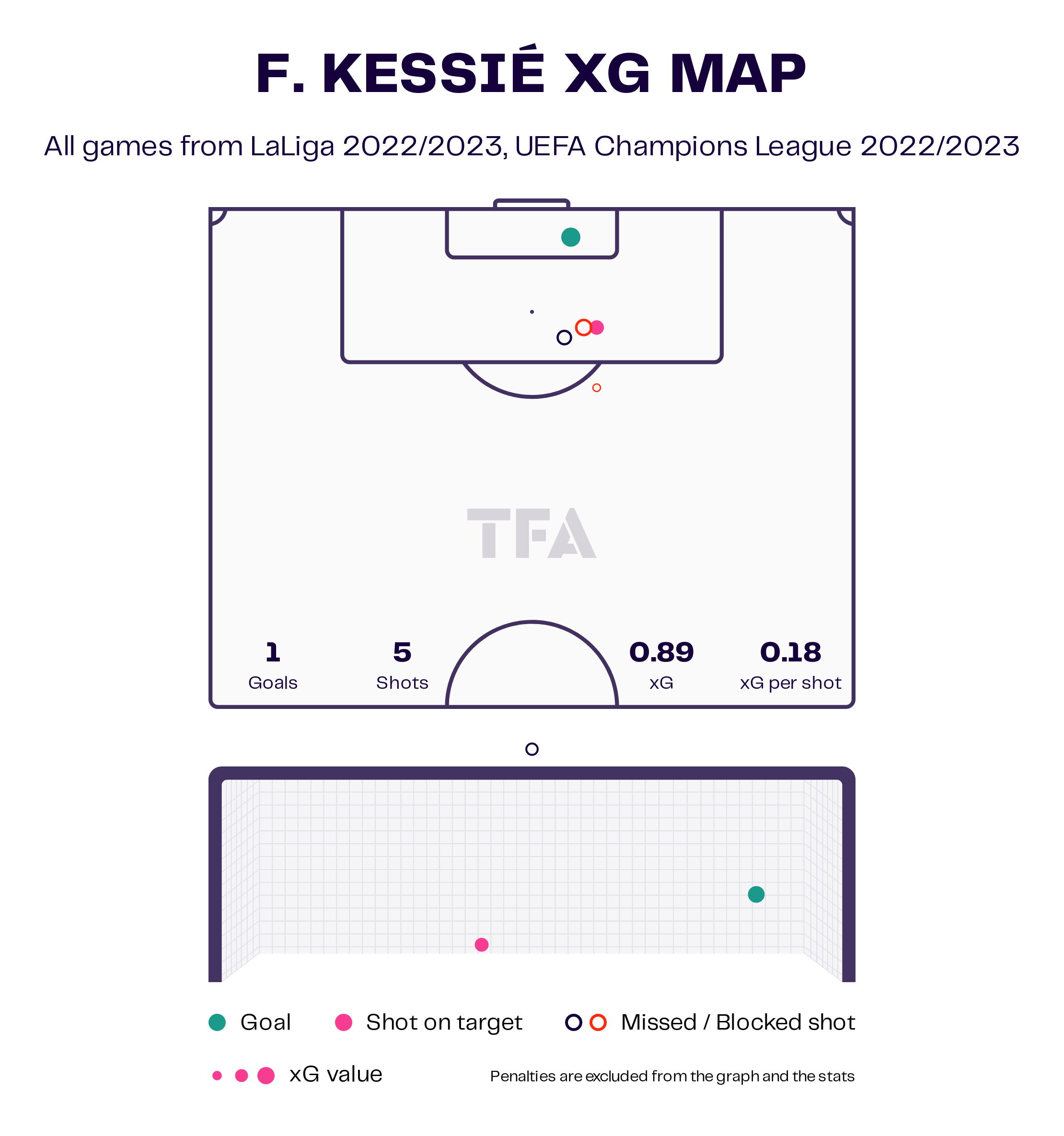 The high attacking line played by the midfielder has allowed him to take five shots in all competitions this season. Franck Kessie has managed to hit the target two times, and one of the shots attempted from inside the 6-yard box found the back of the net. He will be eyeing more such chances. 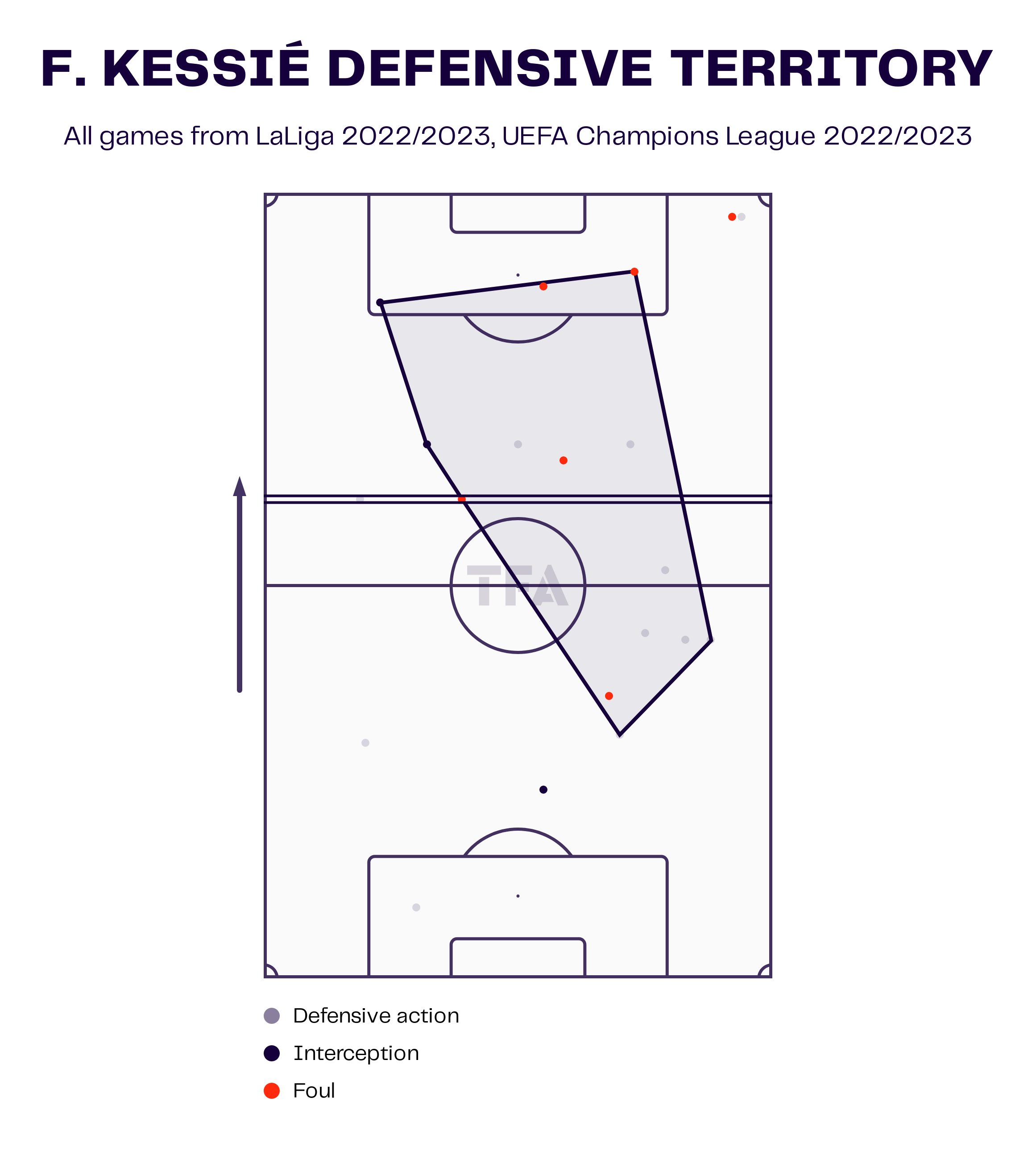 Franck Kessie hasn’t contributed a lot towards the defence. His defensive territory is in the middle third and the player has committed a few fouls high up on the pitch. Kessie had more involvement in the defensive duties for Milan, and the coach will try to test his defensive skills in one of the coming matches.

The Ivory Coast international has made a decent start to his Barcelona career. Franck Kessie is a strong, muscular figure in the midfield for any team, and his strength allows him to dominate in such areas. Xavi has a few options in the midfield and will stick to his rotation policy. Franck Kessie will look to earn the trust of the manager and cement his place in Barcelona’s starting 11.

‘A worrying time for Barcelona’ – Failing to sign a striker...

Best in the world: Messi’s brilliance from nothing shows he can...

Is Barcelona raiding the Brazilian Serie A for Neymar answer?