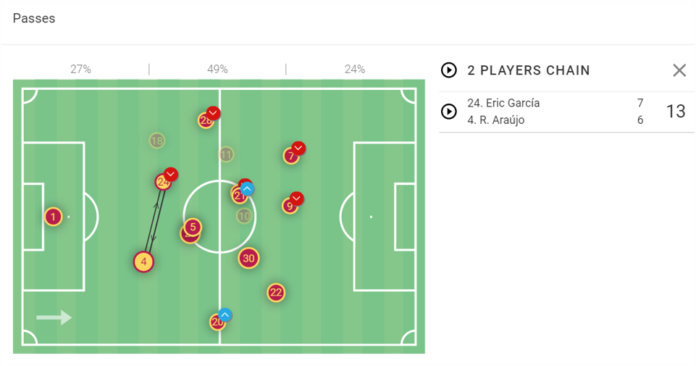 Barcelona made some crucial signings in the summer as Xavi looks to transform the team. They are looking for their first silverware under the management of the former player. Xavi already had a few plans up his sleeve and decided to strengthen some of the departments, with defence being the top priority for the Spaniard. He bought in the likes of Jules Kounde, Andreas Christensen, Marcos Alonso and Hector Bellerin. This has given him a few options at the back, and the manager is also giving some gametime to his players. Jules Kounde looks like the only player who has booked his place in the starting 11. He is playing as a makeshift right-back. There are a few experiments in the centre-back pairing, and mostly this has worked for the manager. One of the centre-back pairings that have played together for the most minutes is between Eric Garcia and Ronald Araujo. These two have started as the lone centre-backs in three matches in LaLiga.

Eric Garcia played a lot of minutes in the preseason and it looked like Xavi had his trust in the player. Ronald Araujo was also rated highly amongst the other defenders and was also guaranteed minutes this season. Both these players have kept a clean sheet in the three appearances they have made together as the centre-backs. We now look at some of their stats that show how they have fared this season. 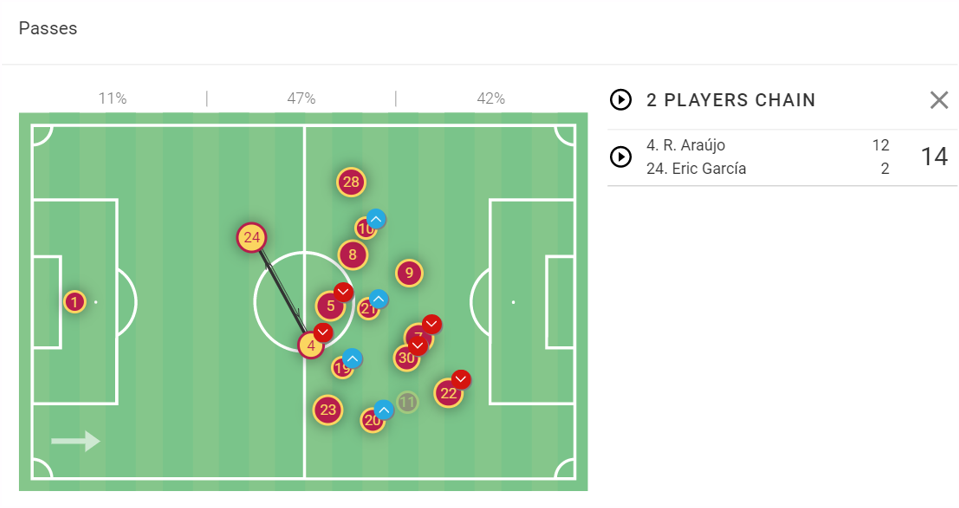 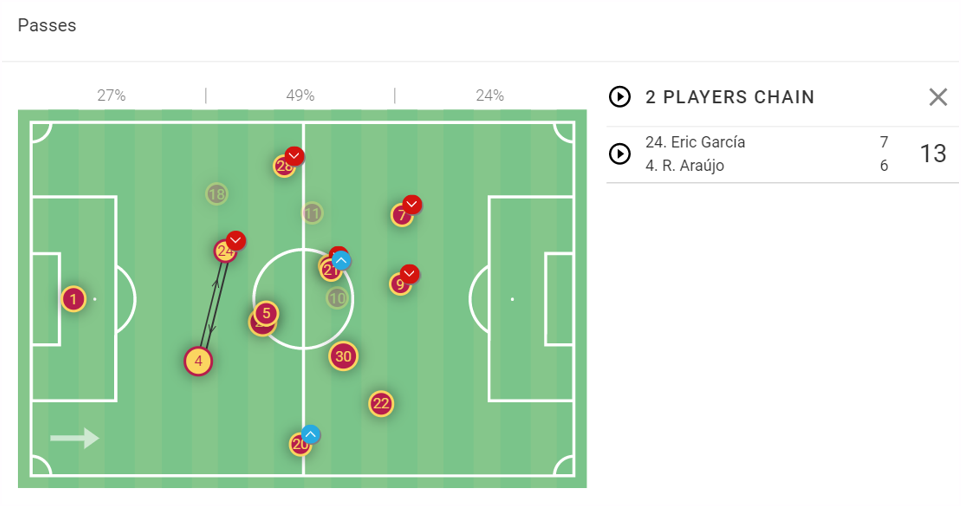 The next time they lined up together was against Sevilla. Both these players had to play a more defensive line and this time Araujo played the whole match. This time they contested 32 duels and won 23. 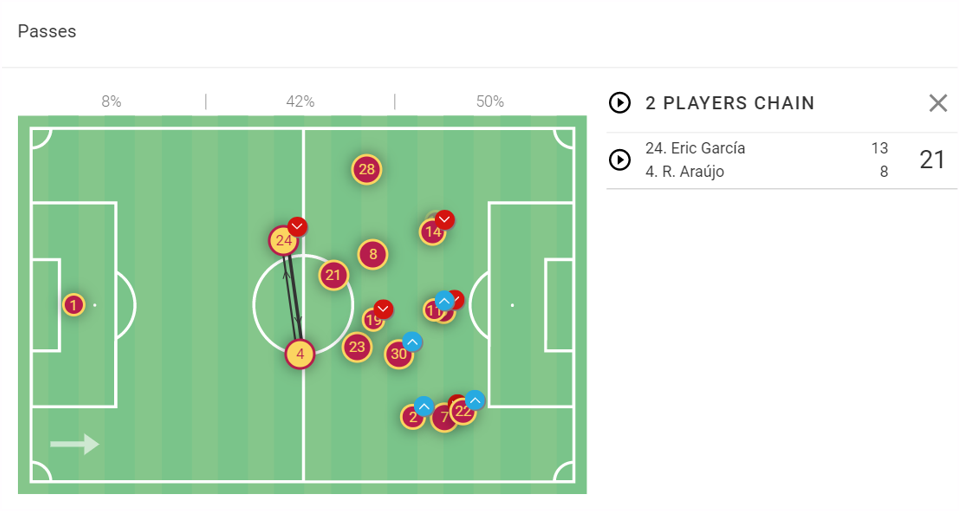 In the last match before the international break, these two players started against Elche in LaLiga. Ronald Araujo once again played the whole match. They contested 23 duels and won 15. 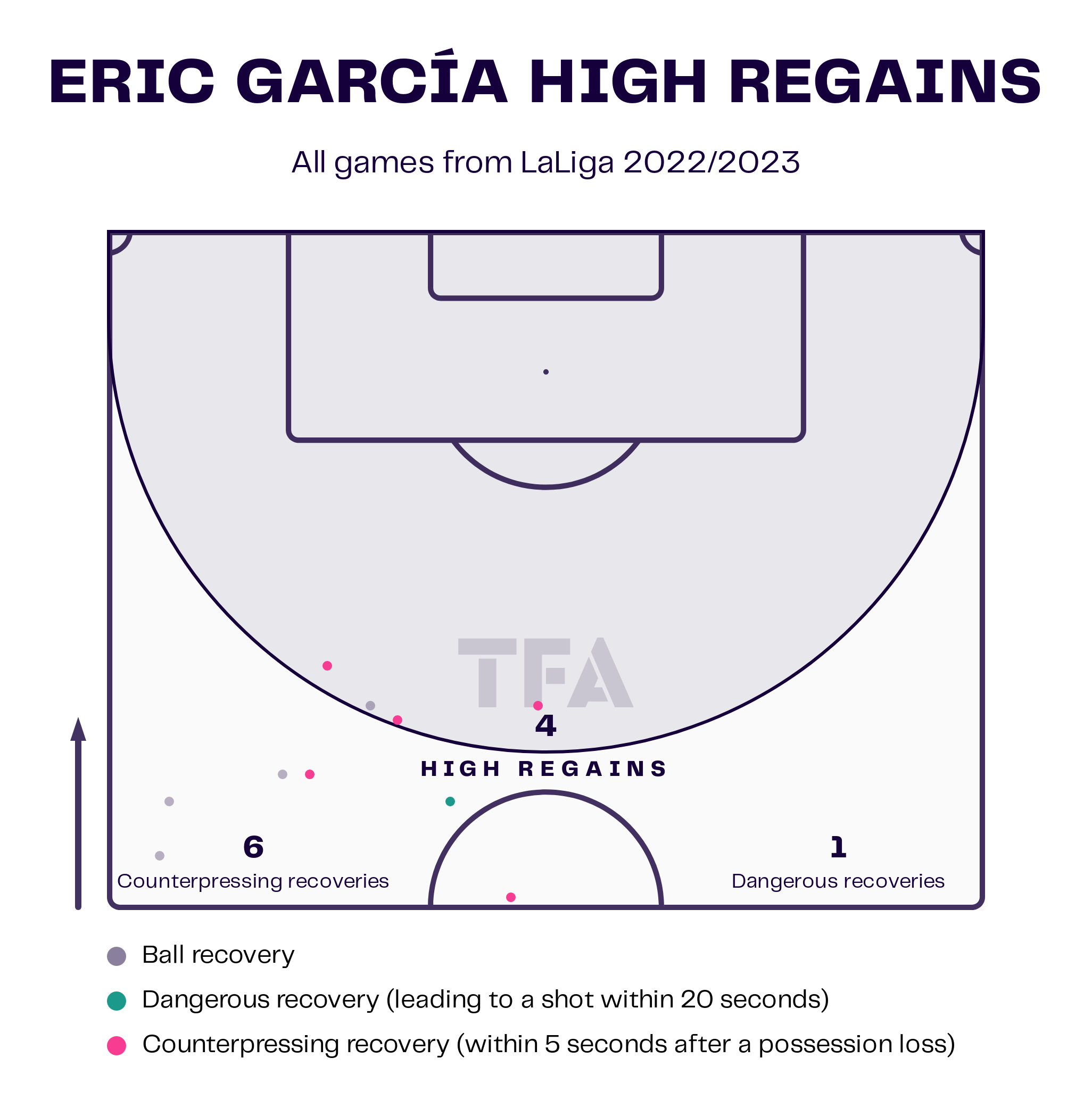 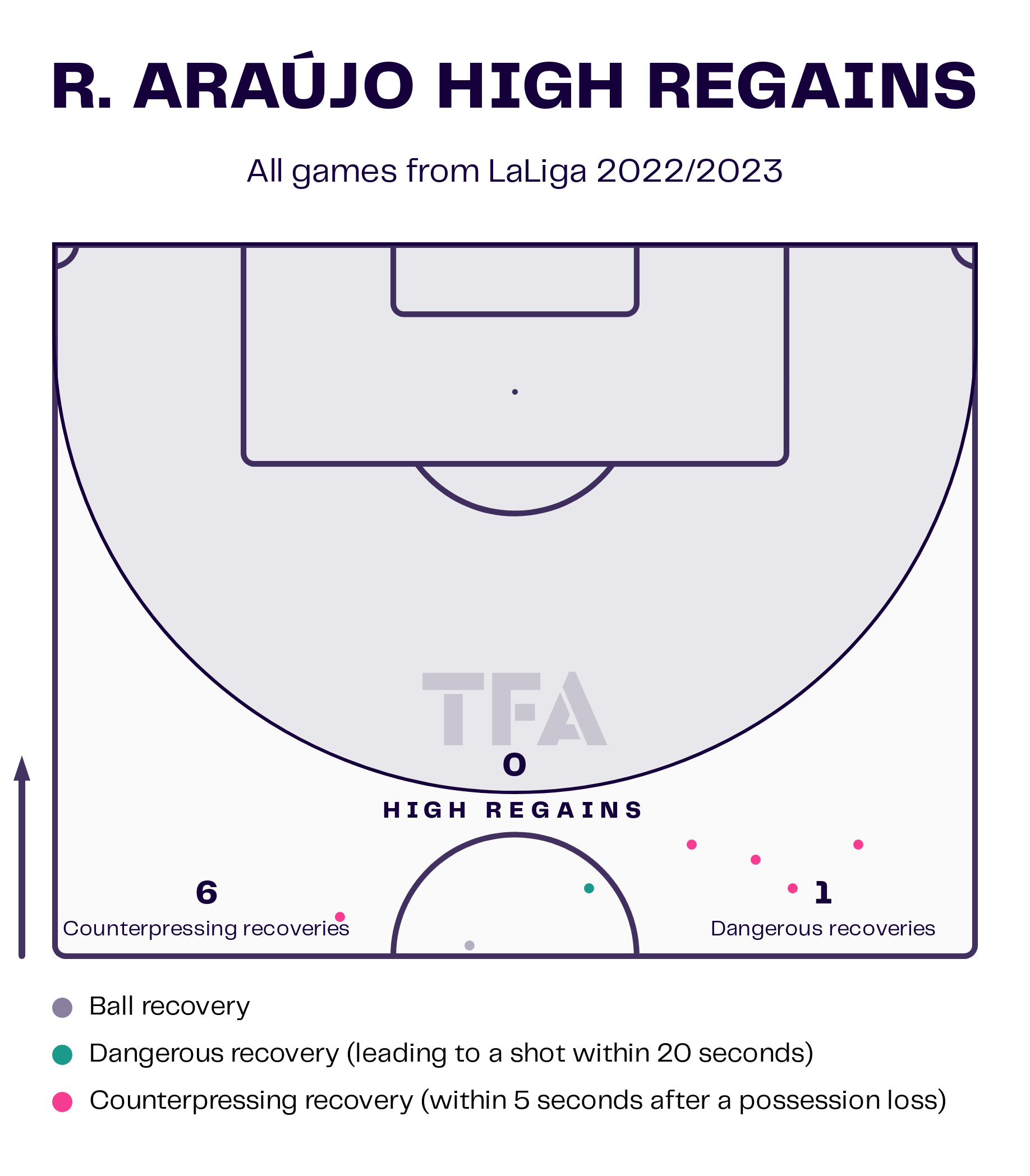 Xavi will be happy with the progress of his two young centre-backs. They haven’t conceded a goal and will aim to extend this streak to as many matches as possible. Xavi will rotate his defensive pairing and might stick with these two for the majority of the matches in the league.

Xavi Simons and the demons of modern football

74 goals: Signing Arsenal star would make a lot of sense...