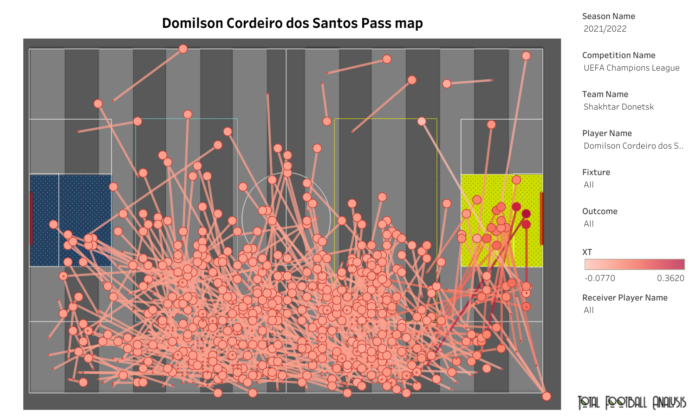 Barcelona are targeting Shakhtar Donetsk defender Domilson Cordeiro do Santos (Dodo), who is being labelled as the new ‘Dani Alves’, to strengthen their right-back position. The 23-year-old is a very attacking full-back and likes to make runs to stretch the opposition defence. Barcelona have Dani Alves and Sergino Dest as the two specialised right-backs in their team. However, Dest is likely to leave as Barcelona are planning to sell him after just one season at Camp Nou. Dani Alves is also 39 years old, and Xavi can’t expect a full season as the lone right-back from him. Dodo represented Shakhtar in the UEFA Champions League and was impressive in the elite competition.

Dodo featured in all ten UEFA Champions League matches played by his club. Of these ten matches, four were qualifying matches, and the other six matches were group stage matches. He failed to score a goal or provide an assist, but was a crucial part of the squad. 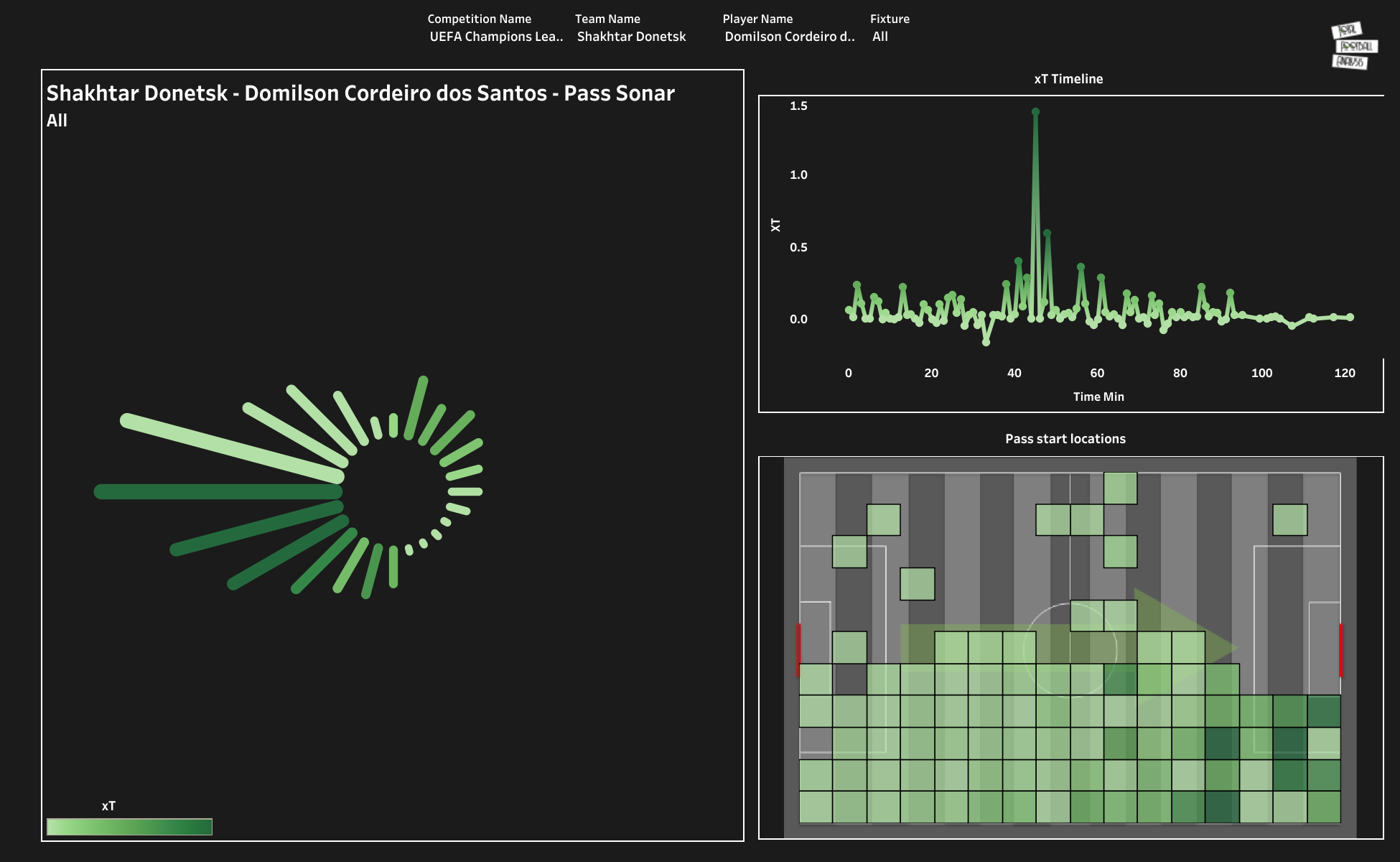 The full-back averaged 43.17 passes per 90 minutes with an accuracy rate of 87.74%. The above viz shows the pass start location as well as the threat created from passes at different time intervals. The pass start location shows that the full-back likes to come inside and attempt a few passes from the middle of the field. He even penetrated the opposition penalty box and averaged 1.92 touches inside the opposition’s penalty box per 90 minutes. He created very few threats with his passes, and his team only scored two goals in the group stage of the competition. 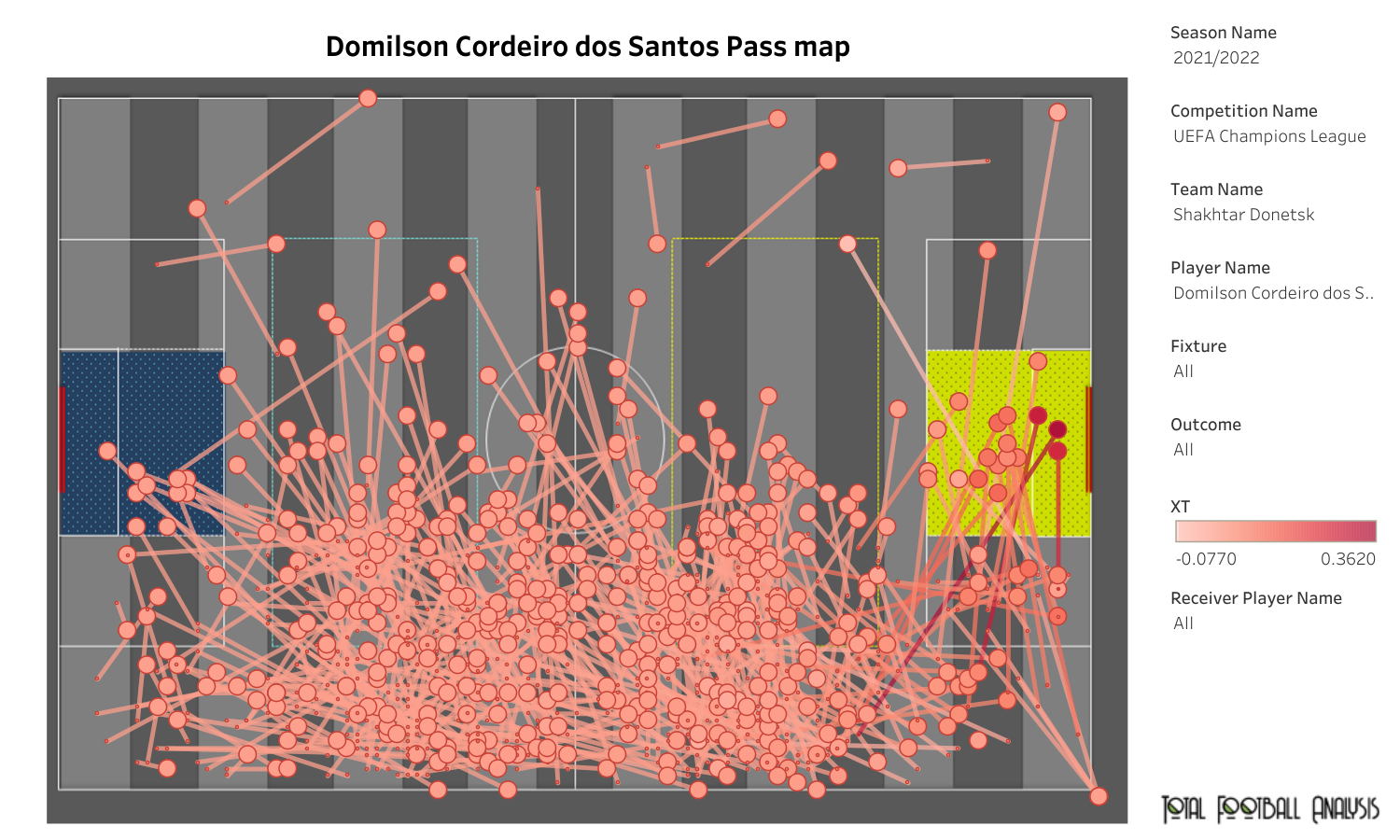 Dodo was also involved in defensive duties as the player averaged 6.21 defensive duels, 1.19 aerial duels and 2.56 loose ball duels per 90 minutes, respectively. The success rate for the players was 39.7%, 69.23%, and 28.57%, respectively. Most of the duels were contested inside his team’s half. He also made 39 interceptions and averaged around five interceptions per match. Dodo was involved in 98 recoveries, and 25 were made inside the opposition’s half.

Dodo played his third season in the UEFA Champions League. He failed to make an impact as his team struggled to get through the group stage. However, his performances have been impressive and Barcelona are looking to make him an offer. They would wait for Sergino Dest’s departure, as it would generate some transfer money. The 23-year-old Brazilian could be the new Dani Alves for Barcelona.

“Messi does stuff you only see on a PlayStation” – Gattuso

‘Has everything’- One man will benefit most from new Barcelona manager

Barca remain top of the pile

Barcelona vs Elche Preview: 3 key tactical points according to the...