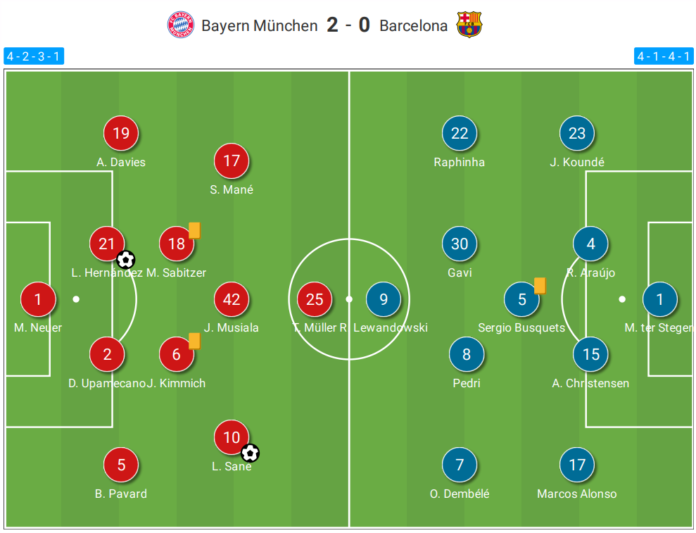 Barcelona suffered their first loss of the season after going down 2-0 against Bayern Munich in the UEFA Champions League. The German champions scored two goals in the second half to secure their second victory in the competition and move to the top of the table in Group C.

What were the aerial duel-winning zones for Bayern Munich? How many shots were attempted from inside the opposition penalty box by Barcelona? 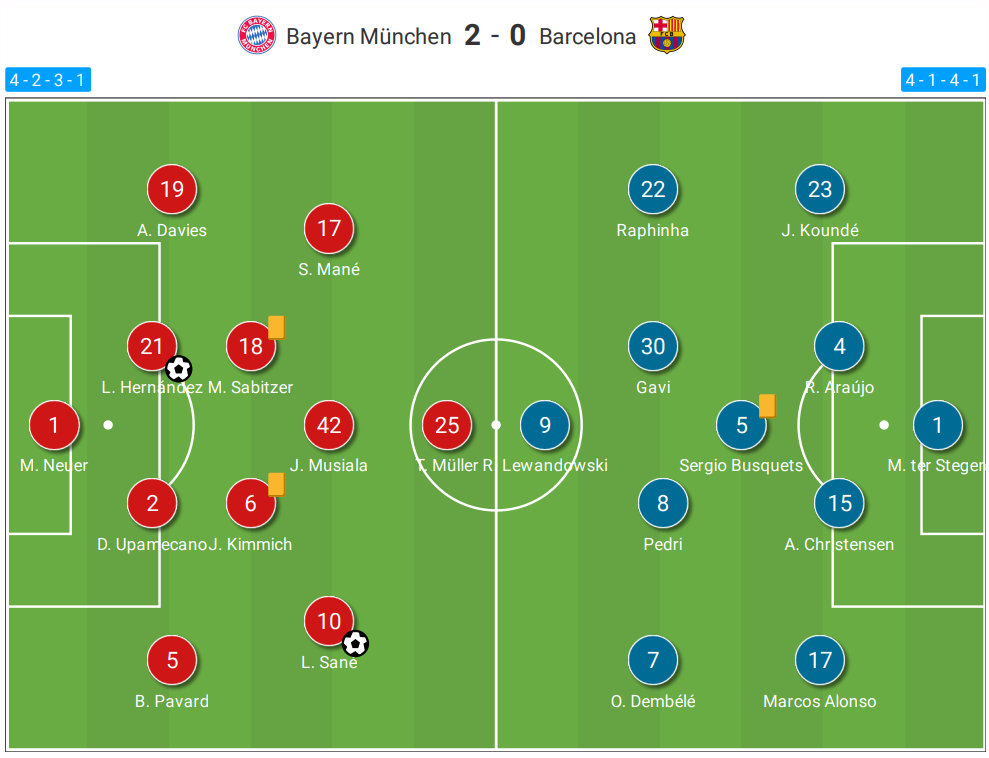 Barca qualifies for the UCL with a win