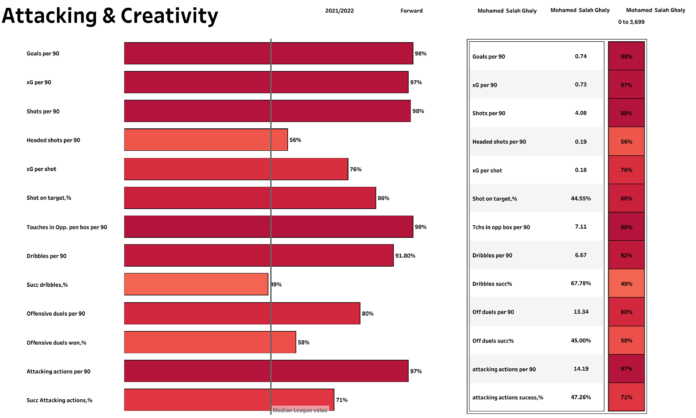 FC Barcelona are looking for options to strengthen their attack for next season. The Spanish club started the season poorly, but the fortunes have changed at Camp Nou since Xavi’s appointment. Barcelona have impressed with their displays on the pitch, and this is a positive sign for the club. They are targeting a few players who could lead their attack for the next season. One of the players who is on their wishlist is Liverpool and Egyptian star, Mohamed Salah. Salah has been the most consistent player for Liverpool in recent seasons and is leading the golden boot race in the Premier League. He is a hot prospect in modern football, and Barcelona would be willing to sign him in the summer. 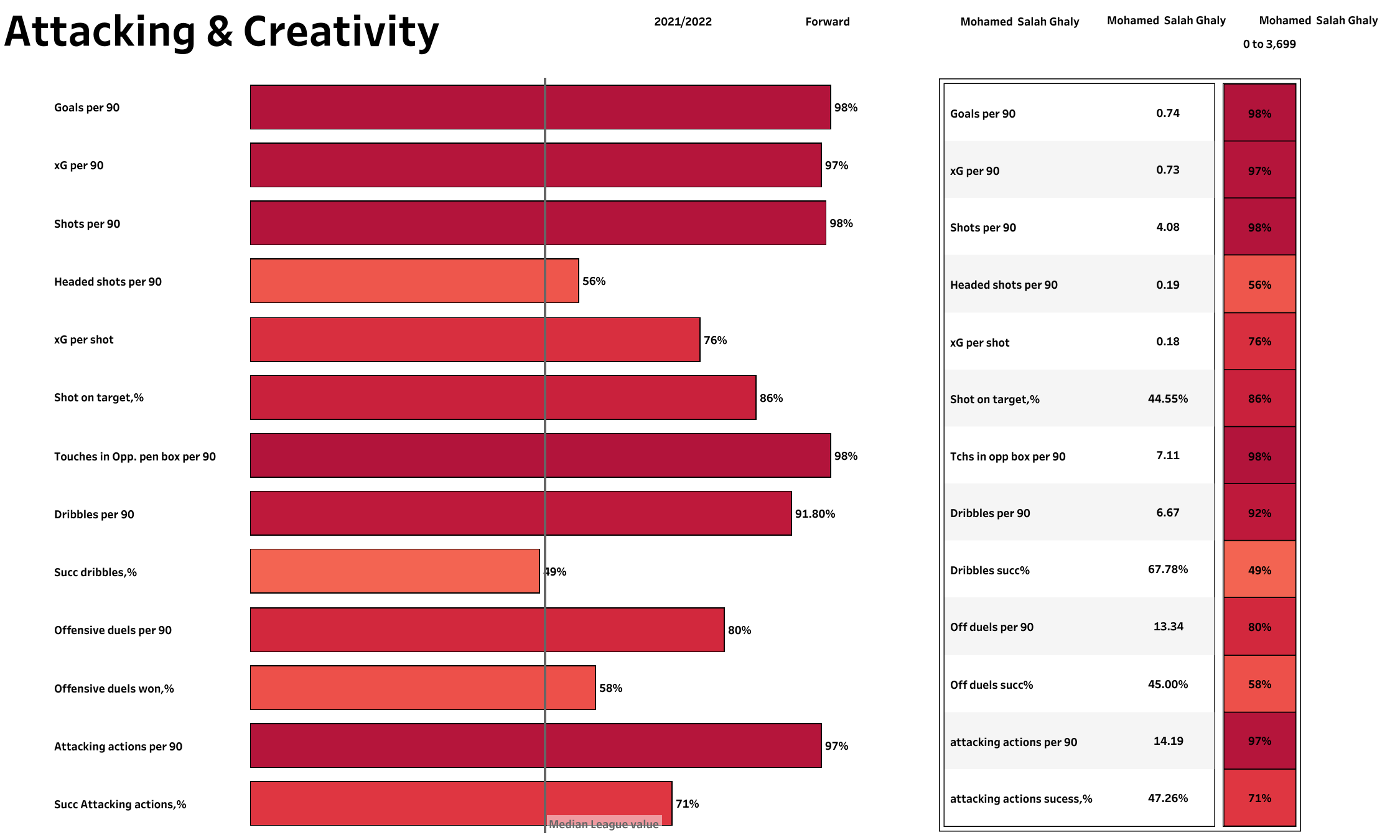 The 29-year-old has made 27 appearances in the English Premier League so far. He has managed to find the back of the net on 20 occasions, with five of those goals coming from the penalty spot. One of the remarkable things about this season is that Salah has also provided ten assists. He features on the right-wing for Liverpool and is their main attacking threat. When looking at the above chart, the general rule is that the longer the bar, the better the performance – you can see the league average in the middle, and the % is the percentile rank the player is in. Mohamed Salah is the top goal scorer in the English Premier League and has a high percentile rank for scoring goals, xG, shots per 90 minutes, touches inside the opposition’s penalty box, dribbles, and attacking actions. 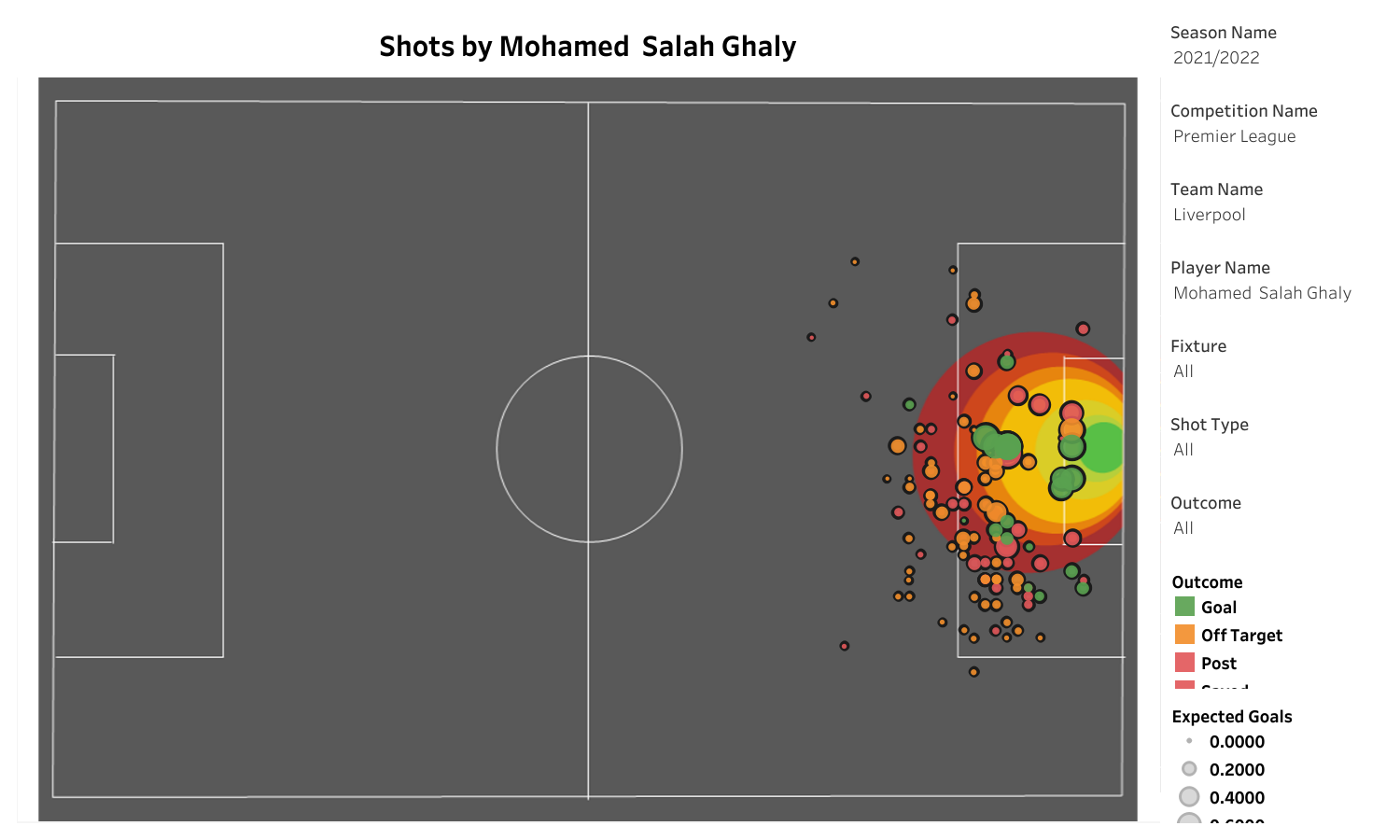 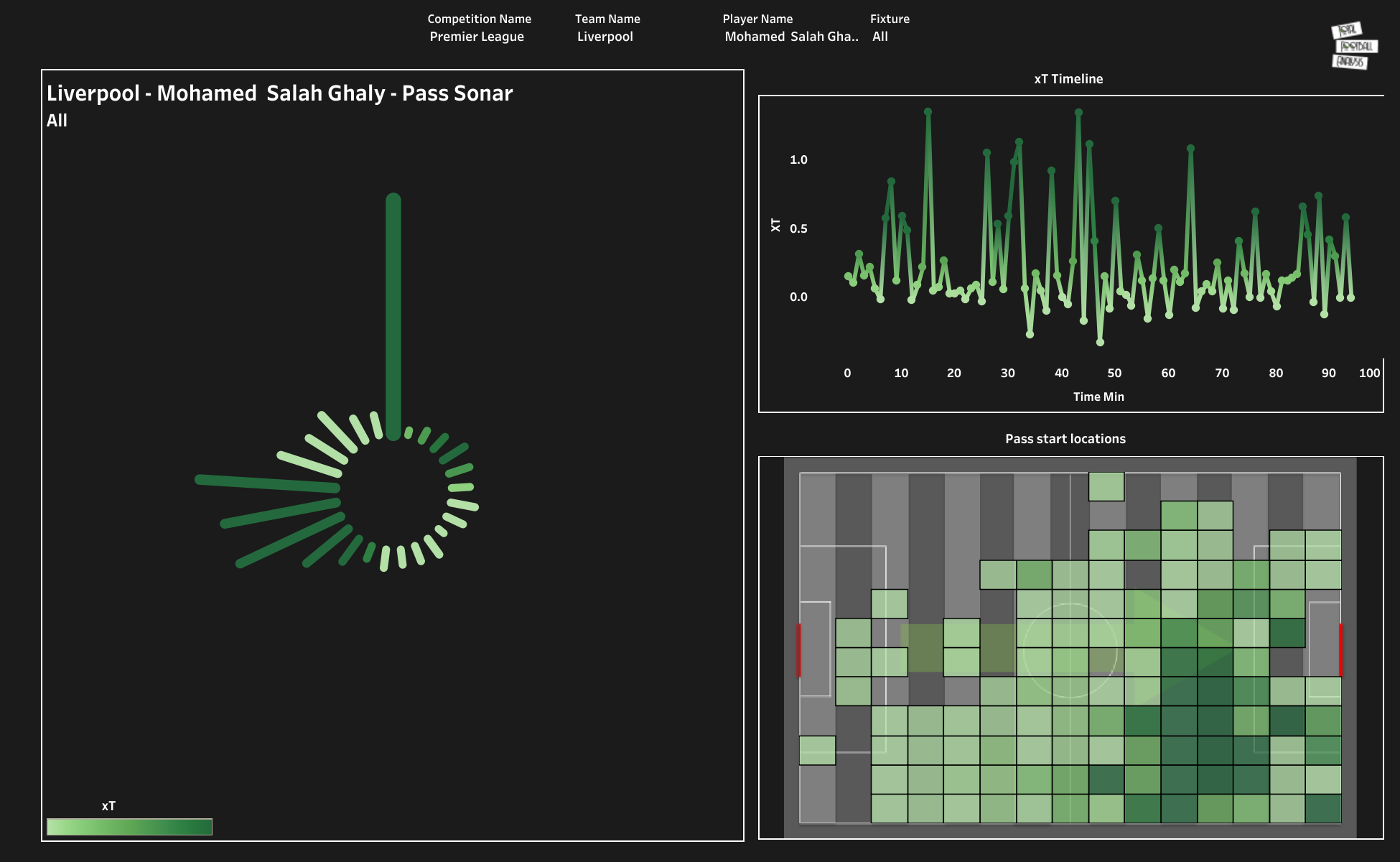 Mohamed Salah’s passing has been impressive this season. He has provided the second-highest number of assists in the league. The above viz shows the player’s starting location as well as the xT timeline of the player. Salah has created a lot of threats in the middle of the games.

Other than this, Mohamed Salah has also scored eight goals in eight UEFA Champions League appearances this season. He also has an assist to his name. The Egyptian has contributed a lot in this way in his side’s run to the knockout stages.

Mohamed Salah has been the best player for Liverpool this season and has created a lot of threats on the pitch. He has been their main man since his signing in 2017. Barcelona will require a lot of money to sign the winger, but if they do, then they have more chances of earning silverware next season.