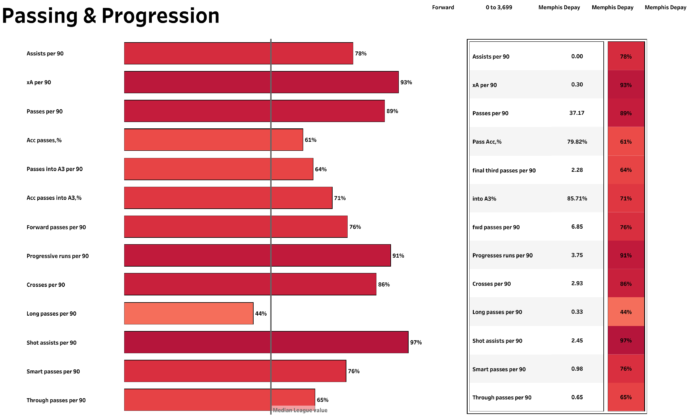 Memphis Depay made a free transfer to FC Barcelona from Lyon at the start of last season. The 28-year-old was the main man for the Spanish club, following the departure of Lionel Messi. He got injured during the mid-season and there was a change in the team’s manager. Xavi took over from Ronald Koeman and signed a few players in the January transfer window to reshape the team. Barcelona bought Pierre Emrick-Aubameyang and Ferran Torres. While Depay was still recovering from his injury, these players cemented their place in the starting XI. After recovering, his game-time was a bit limited and now, the club is thinking about offloading the player. They have plenty of attacking options and the player is not in the plans of the manager. But is the club doing the right thing by offloading the player? Some of the stats from last season will show how the Dutchman can play a crucial role in Barcelona’s challenge for trophies next season. 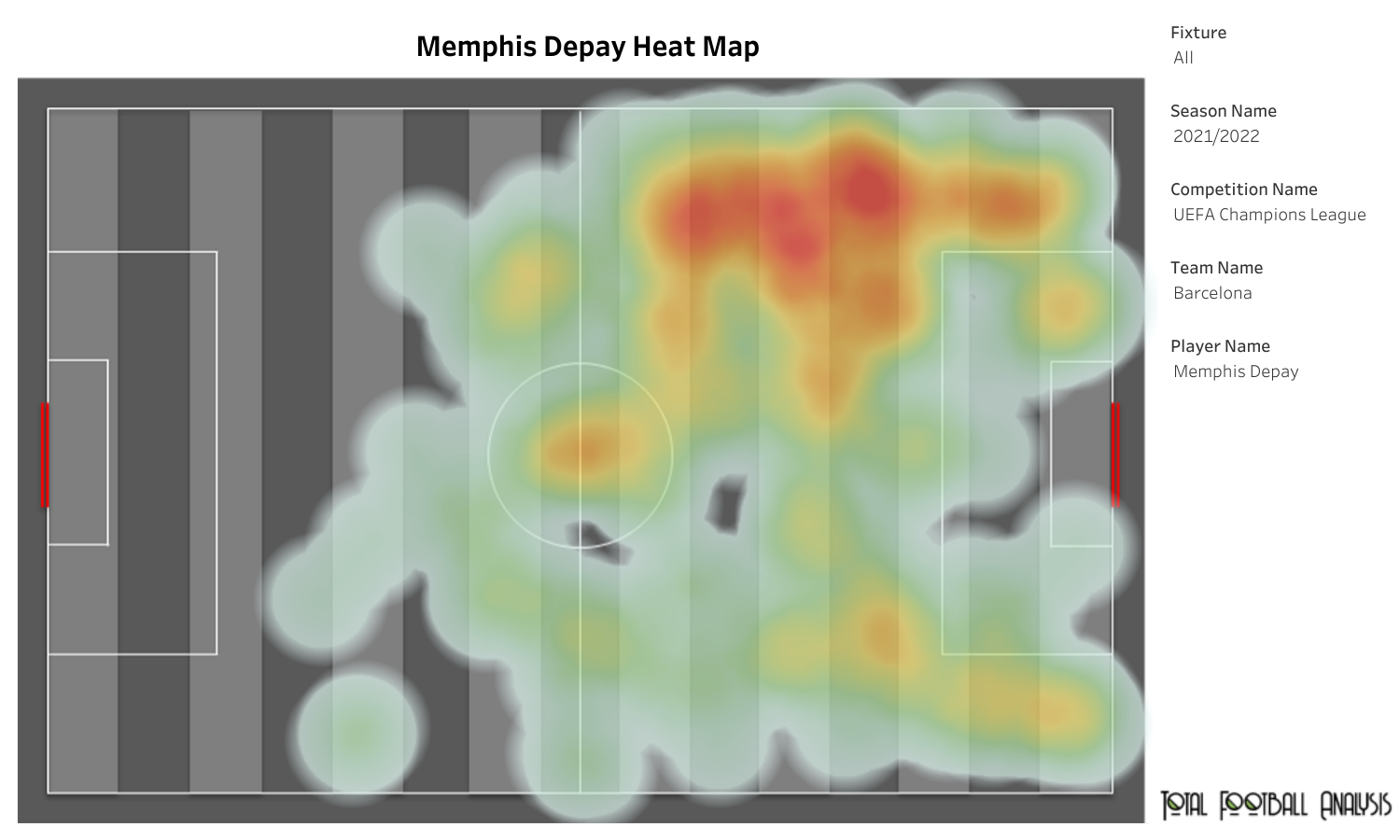 Depay made 38 appearances for Barcelona in all competitions last season. He scored 13 goals, and 12 of them came in the LaLiga. The above viz shows the heat map of the player in six UEFA Champions League appearances. Memphis Depay is a left-winger who can also play as a secondary striker or a false-9 striker. He started in every Champions League match but was unable to make any goal-scoring contribution in a difficult campaign for Barcelona. The Spanish club were knocked out in the group stage of the competition. 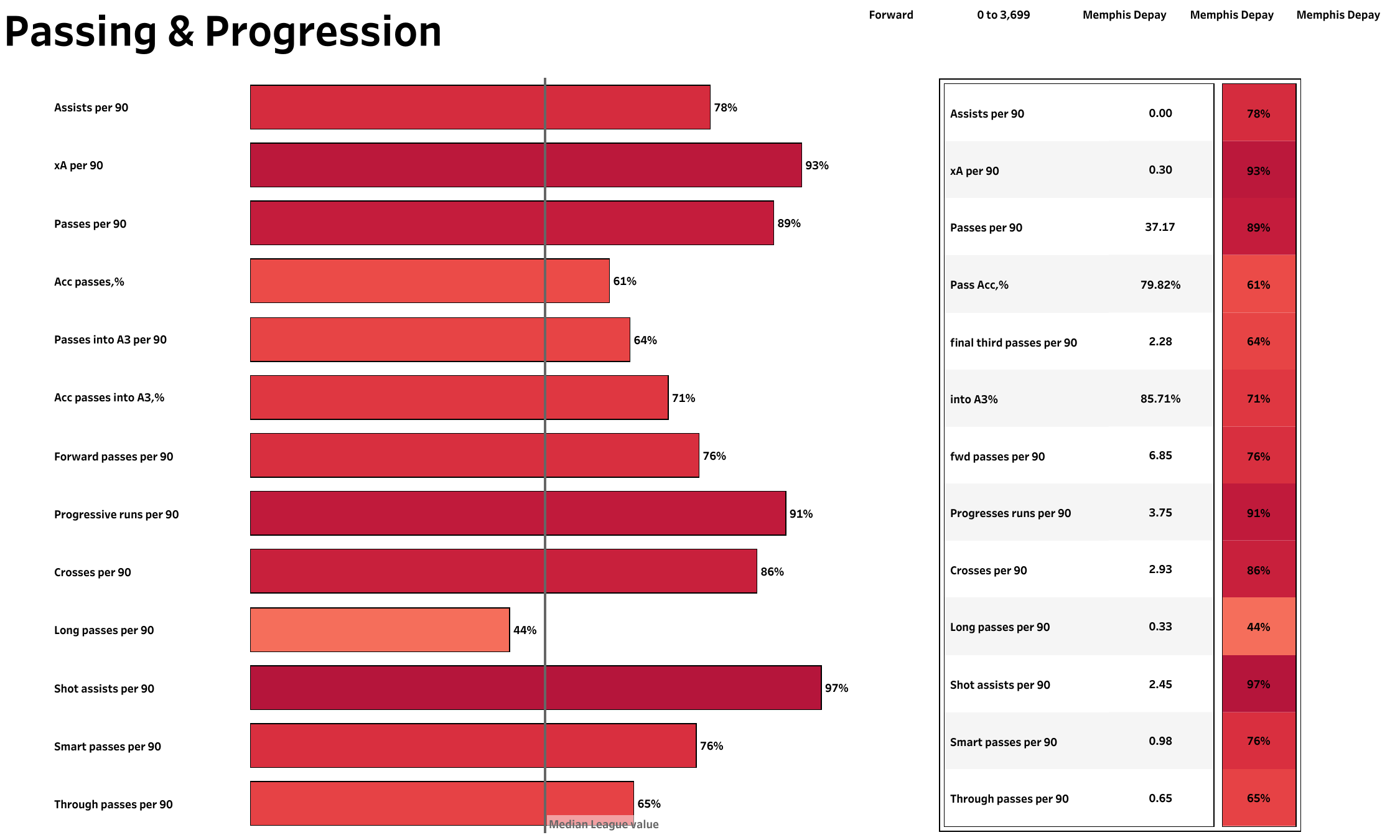 The 28-year-old tried to create some chances for his team. When looking at the above chart, the general rule is that the longer the bar, the better the performance — you can see the league average in the middle, and the % is the percentile rank the player is in. The above viz shows the passing stats of the forward. Depay played only six games and still had a high percentile rank amongst other forward players in the competition. His expected assist rate was high at 0.30, and the player also had a high percentile rank for shot assists per 90 minutes. This shows that the player has the ability to create chances. 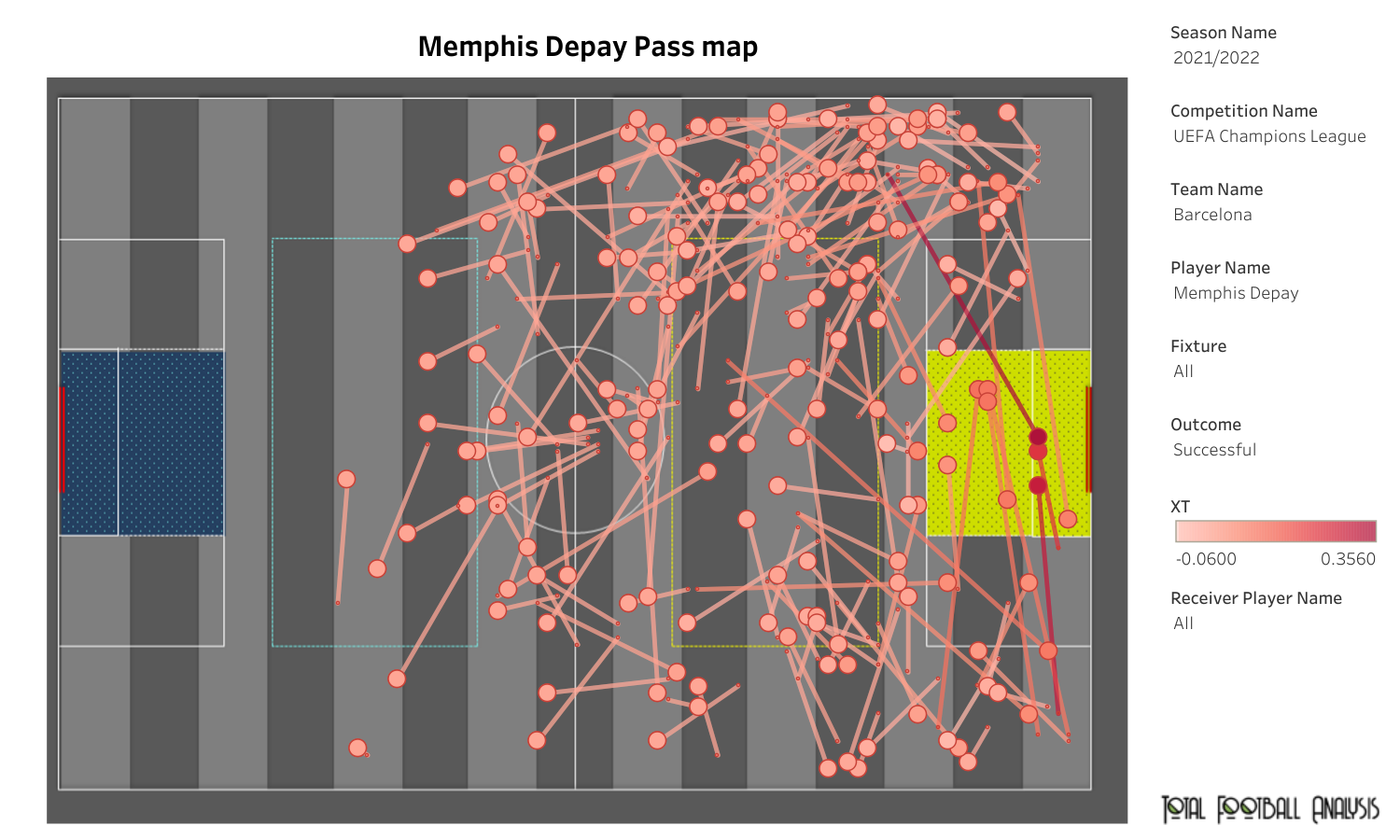 The above viz shows all the passes that were successfully delivered by the forward. We can see that some of the passes landed in dangerous areas inside the opposition’s penalty box. His teammates failed to convert those opportunities, and he failed to register an assist. 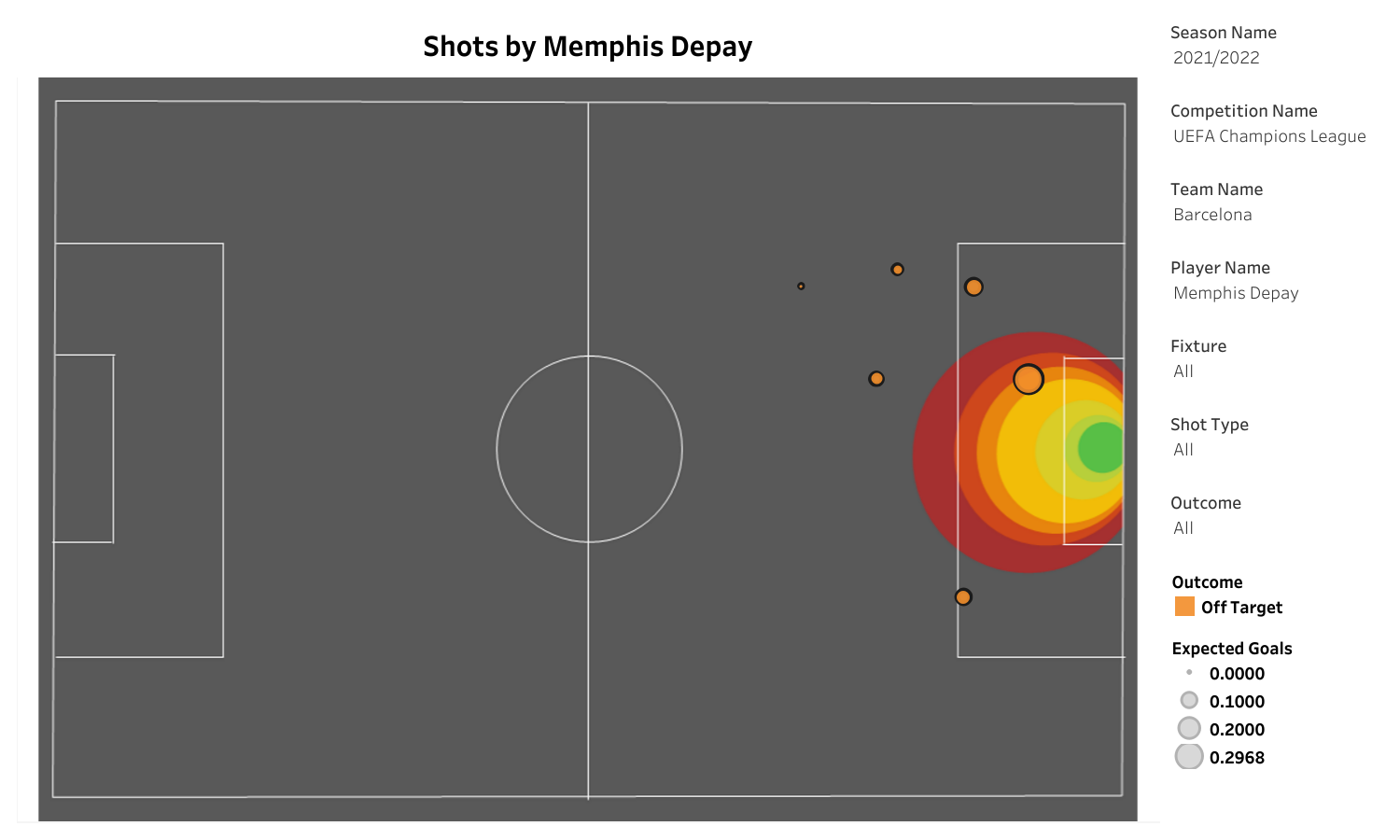 Depay was involved in 11.25 attacking actions and had a 37.7% success rate. He attempted 6.3 dribbles with a 69% success rate. The player has the skills to beat the defenders and managed to get 3.7 touches inside the opposition’s penalty box per 90 minutes. The above viz shows all the shots that were attempted by Depay. He failed to hit all six shots on target. However, the player can score goals from a long range and remain a constant threat to the opposition’s goal.

The Dutchman can create and score goals for his team. He is a skilful winger who likes to get involved in the play. Barcelona can make use of him and rotate him in the long season ahead as Memphis Depay is keen on remaining at the club.

How Barcelona outsmarted Real Betis and extended their lead in La...

Junior Firpo is hell bent on proving his worth to the...