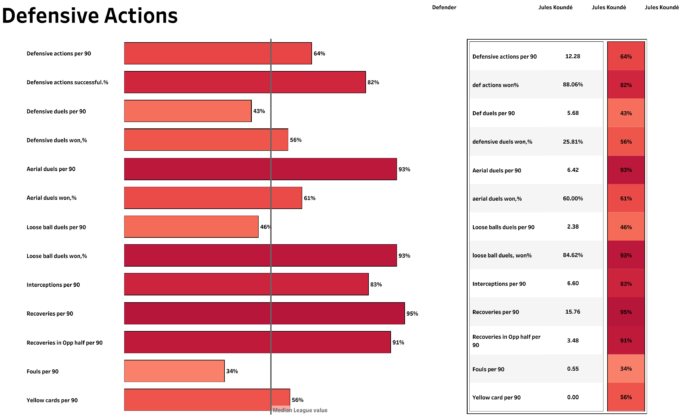 FC Barcelona have entered the race to sign Sevilla defender Jules Kounde, who is likely to leave the club in the summer. The Spanish giants are rebuilding their team after a disappointing 2021/22 season. Jules Kounde is on the transfer list of a lot of European clubs after some impressive performances in the UEFA Champions League as well as in the LaLiga. Barcelona are already looking to solve their defensive problems by signing a defender who can pass the ball easily and provide defensive stability. Kounde is just 23-years-old and has the ability to lead the defence. Here are some of the stats from the UEFA Champions League that show why he could be the perfect fit for Barcelona’s defence. 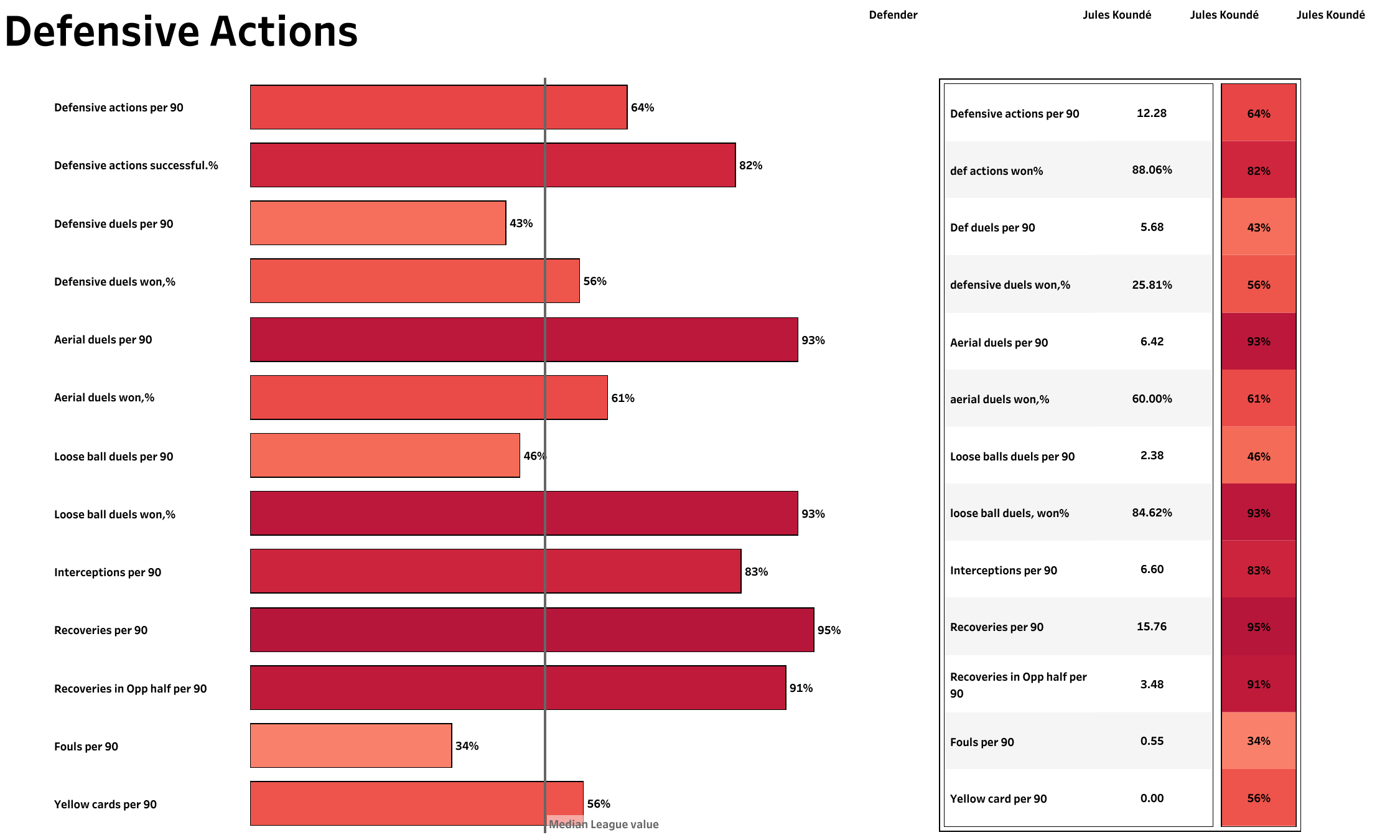 The Frenchman made five appearances in the UEFA Champions League last season. He has been a regular part of Sevilla’s defence and missed one match due to an injury. When looking at the above chart, the general rule is that the longer the bar, the better the performance — you can see the league average in the middle, and the % is the percentile rank the player is in. The above viz shows all the defensive stats in comparison to other defenders in the league. Kounde was involved in 12.28 defensive actions per 90 minutes with a high success rate of 88.06%. Notably, the defender had a high recovery rate in the elite competition. He made 76 recoveries, with an average of 15.76 recoveries per 90 minutes. Of these 76 recoveries, 19 were made inside the opposition’s half. 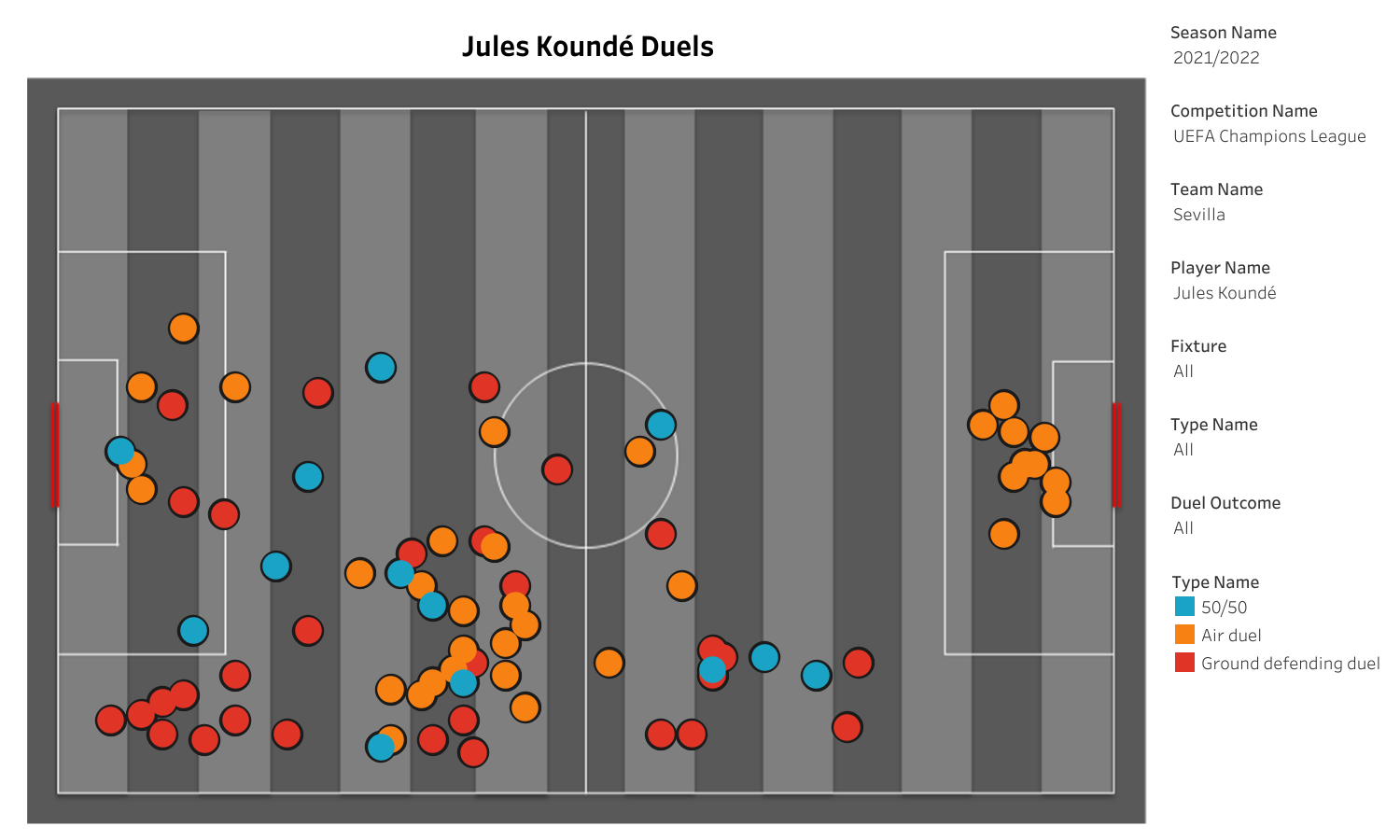 The above viz shows all the duels that were contested by the defender. Kounde played as the right centre-back and contested most of the duels in the middle third. He averaged 5.68 defensive duels, 6.42 aerial duels and 2.38 loose ball duels per 90 minutes, respectively. When looking at the win percentage of these duels, it can be observed that the player has won only 25.81% of his defensive duels but has a high win percentage of 60% and 84.6% for aerial and loose ball duels, respectively. The defender is also a threat in the air going forward during set-pieces. He has contested ten aerial duels inside the opposition’s penalty box and won half of them. 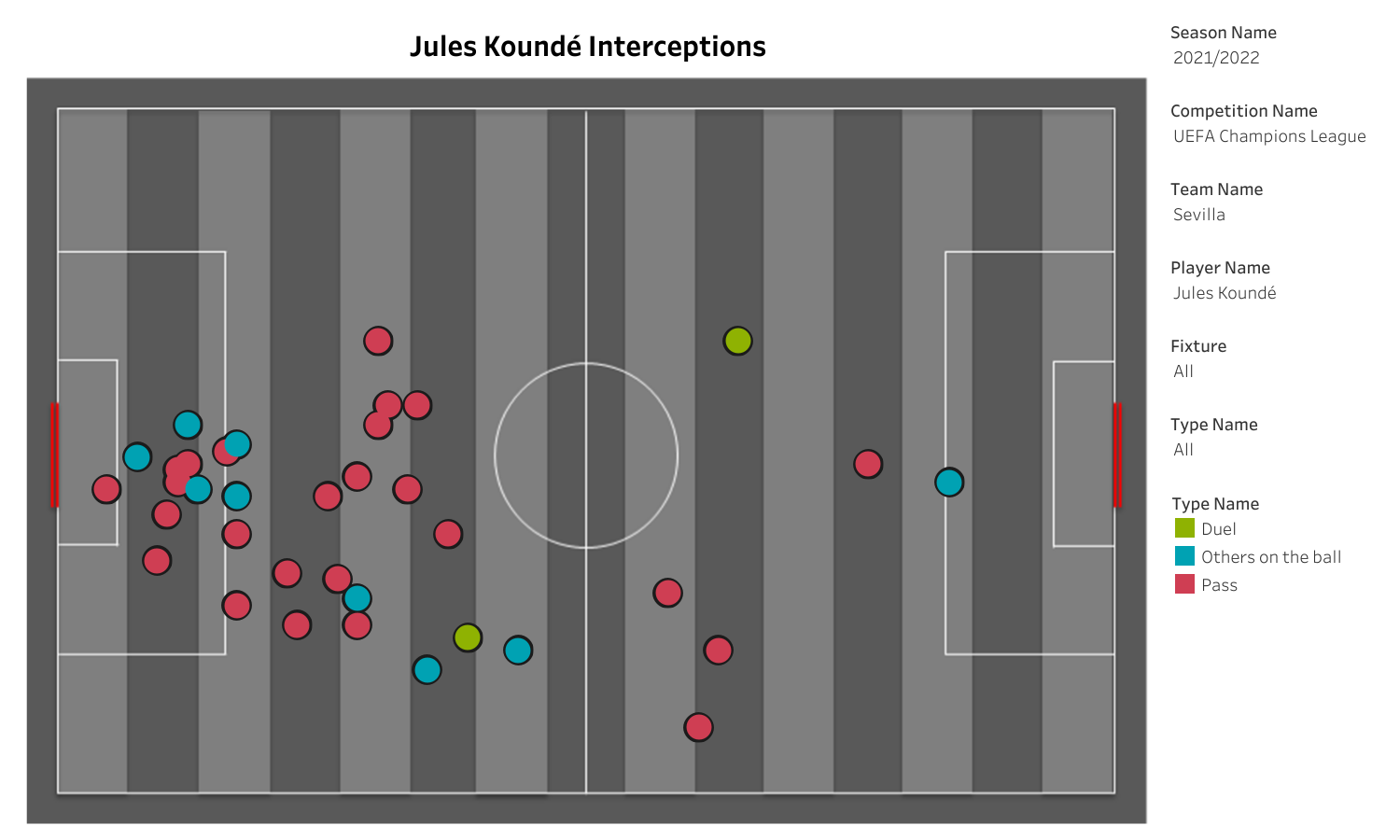 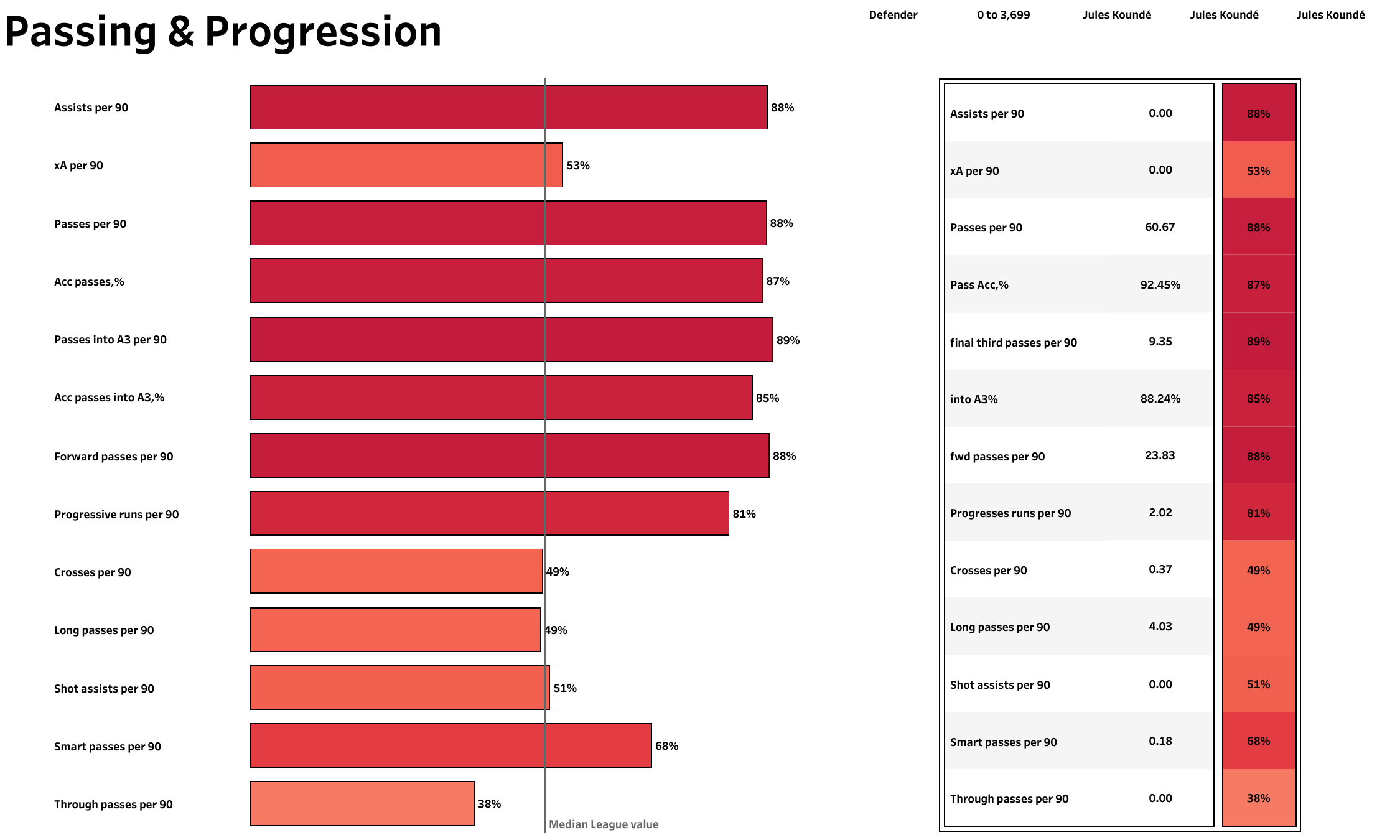 Barcelona will look to acquire the services of the defender before the other clubs sign him. He is one of the top-rated defenders in modern football and carries a lot of potential. He is good in the air and is good with the ball at his feet. He can boost Barcelona’s defence, and they can challenge for more silverware in the upcoming season.

Messi and Lautaro would be a dream fit

Under the microscope: Why does Xavi need to solve the full-back...