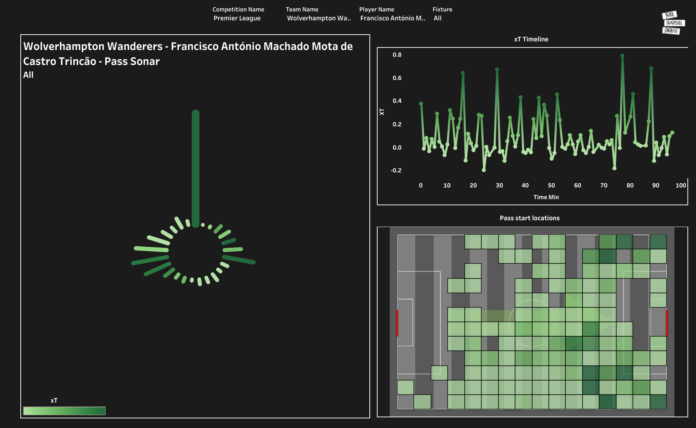 Francisco Trincão returned to Barcelona after spending a season on loan at the English Premier League side, Wolverhampton Wanderers. The player was signed from SC Braga in 2020 and played in the 2020/21 season for Barcelona. To get more game-time, the 22-year-old was sent to England on a loan spell. Now, he has returned to his parent club and is still unsure about his future. The financial situation at Barcelona is urging them to sell some of their players and collect money to solve their financial debts. However, they are also looking for some players who could improve their attack, especially on the right side. Trincão is a natural right-sided winger and could become a part of Xavi’s plans. They need depth in their squad to compete in the league and the UEFA Champions League.

The Portuguese international made 28 appearances for Wolves in the English Premier League. He was a regular starter towards the start of the season but was only used as a substitute towards the end of it. He started in 16 matches and scored two goals, along with an assist. 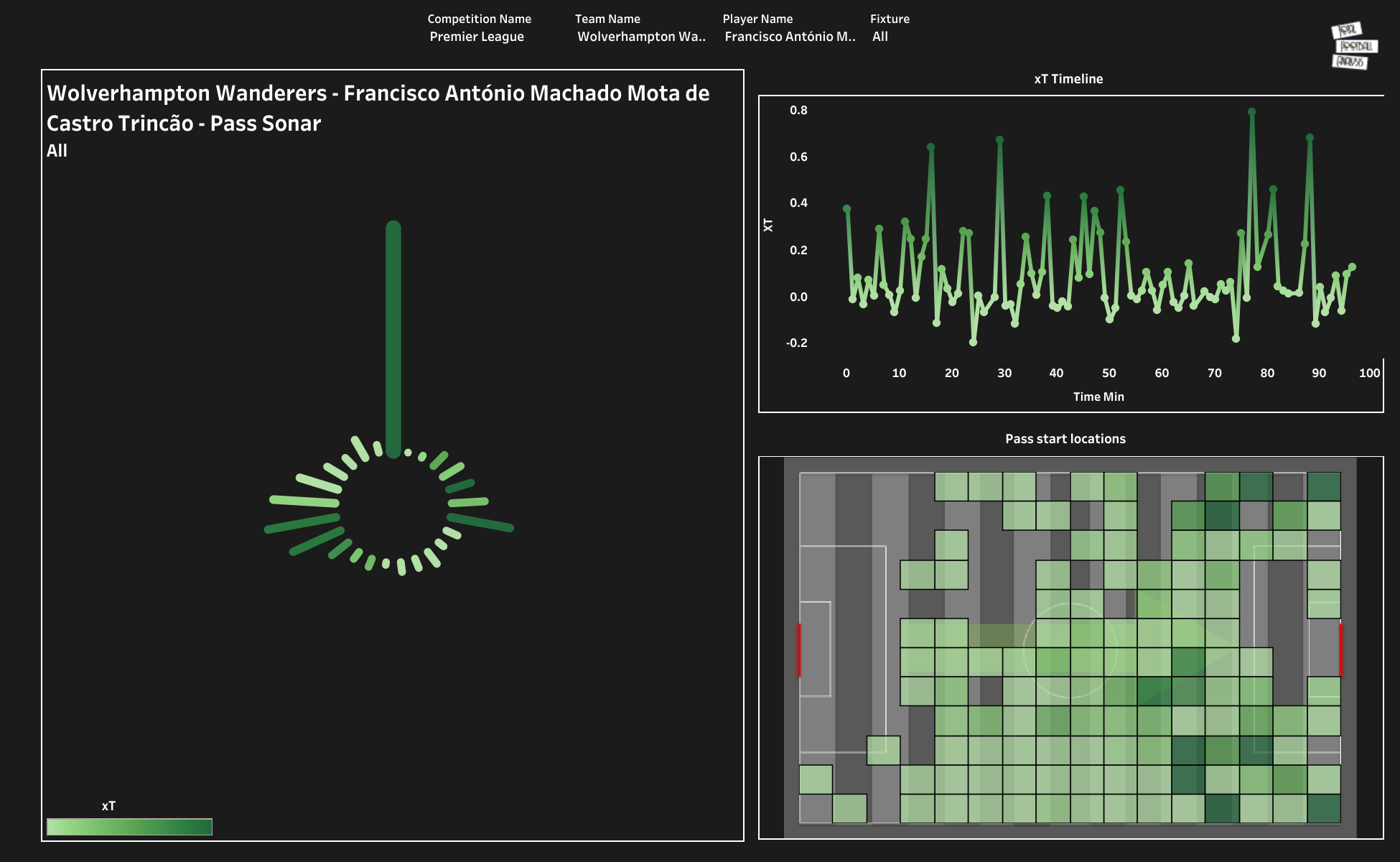 Trincão featured on his favoured right side for Wolves last season. The above viz shows the pass start location as well as the threat created from passes at different time intervals during the match. Trincão averaged 26.3 passes per 90 minutes with an accuracy rate of 80.6%. He averaged 1.15 crosses per 90 minutes for a Wolves side that struggled to score goals last season. The pass start location shows that the player likes to penetrate the opposition’s penalty box from wide and attempt passes into dangerous areas. 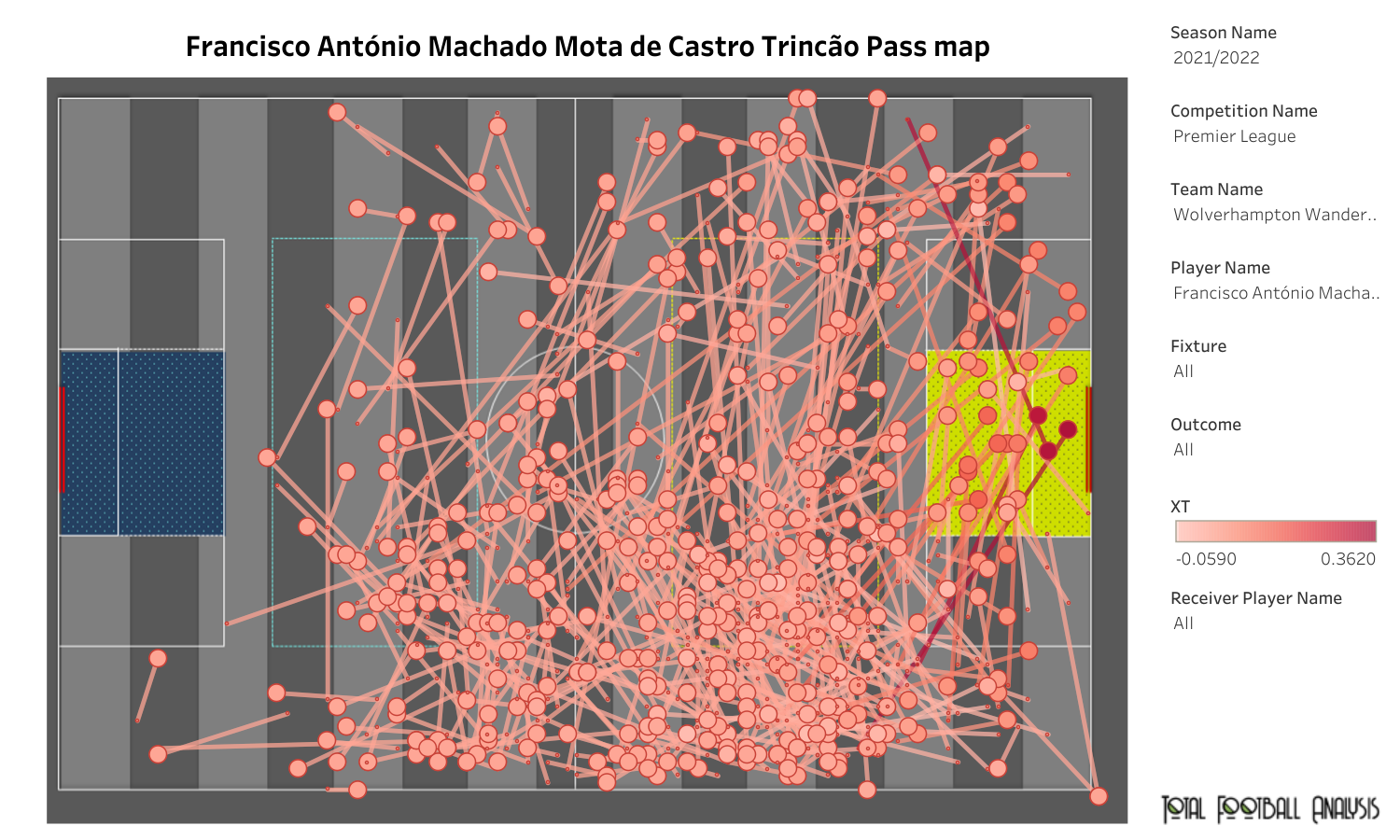 The above viz shows all the passes that were attempted by the winger. Trincão attempted 4.44 forward passes per 90 minutes and 2.07 passes into the final third of the opposition with an accuracy rate of 82.3%. The winger attempted a few dangerous passes into the opposition’s penalty box and created chances for his team. He is also a set-piece specialist and can deliver dangerous passes from corners or free kicks. 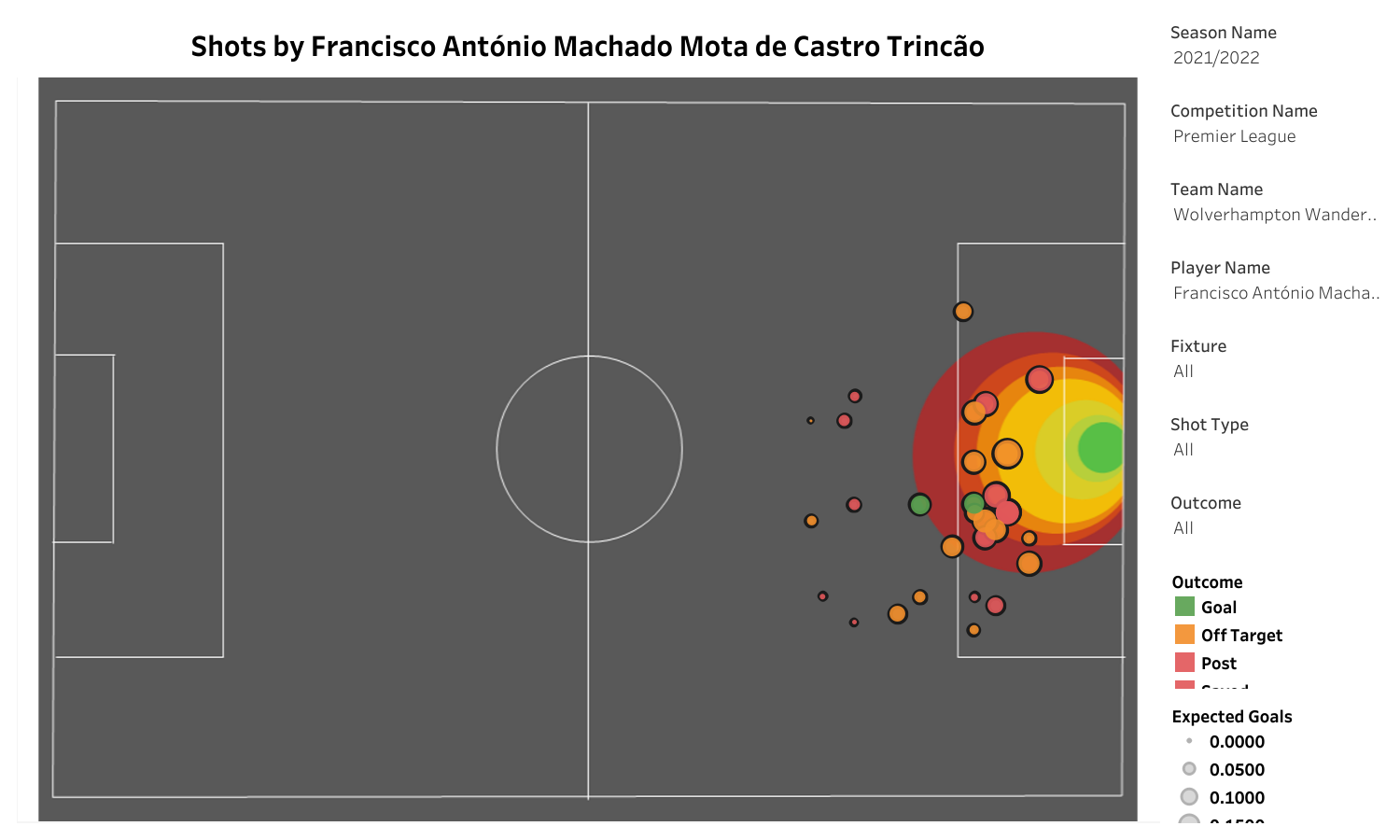 The 22-year-old has a dangerous left foot and can score goals. Last season, he attempted 30 shots and was involved in 9.84 attacking actions per 90 minutes. The player had a shot accuracy rate of 43.33% and a 43.21% success rate for attacking actions. By looking at the above viz, we can observe that he likes to cut in and attempt shots from inside the opposition’s penalty box. Trincão can dribble past his opponents and create chances for his team. He averaged 6.38 dribbles per 90 minutes with a success rate of 61%.

Francisco Trincão made 23 appearances for Barcelona in the 2020/21 season and only started in three matches. He scored three goals and provided two assists in the league. The player can create chances for his teammates and can also score goals. Xavi would be assessing the player, and he could play a cameo for his side. His future remains in doubt at the club.

Options all over: Real Madrid have this advantage over Barcelona in...

‘Has Barça DNA’: Barcelona legend backs midfielder but is he right?

Leganes shock Barcelona for the first win of the season