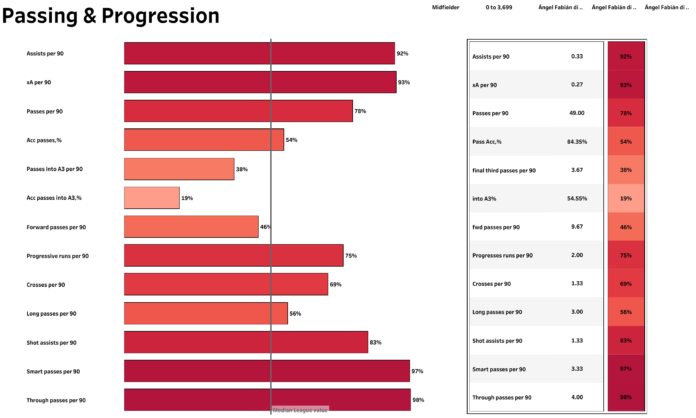 Former Real Madrid player, Ángel Di María, will leave PSG after seven years at the French club. The 34-year-old has won five league and domestic championships and is looking for a new challenge. He is on the wishlist of some of the top European clubs, including Barcelona. The Argentine international player spent four years at Real Madrid and won one league and one UEFA Champions League title. His passing and skills have lured the interest of the Spanish giants. With Ousmane Dembélé likely to make a move away from Barcelona, Di María is being considered one of the favourites to replace him.

PSG signed Lionel Messi at the start of the 2021/22 season, and this meant that Di María would spend fewer minutes on the pitch. Both players feature on the right side, and Messi always gets the nod ahead of his fellow countrymen. Di María made five UEFA Champions League appearances this season, two of which were off the bench. 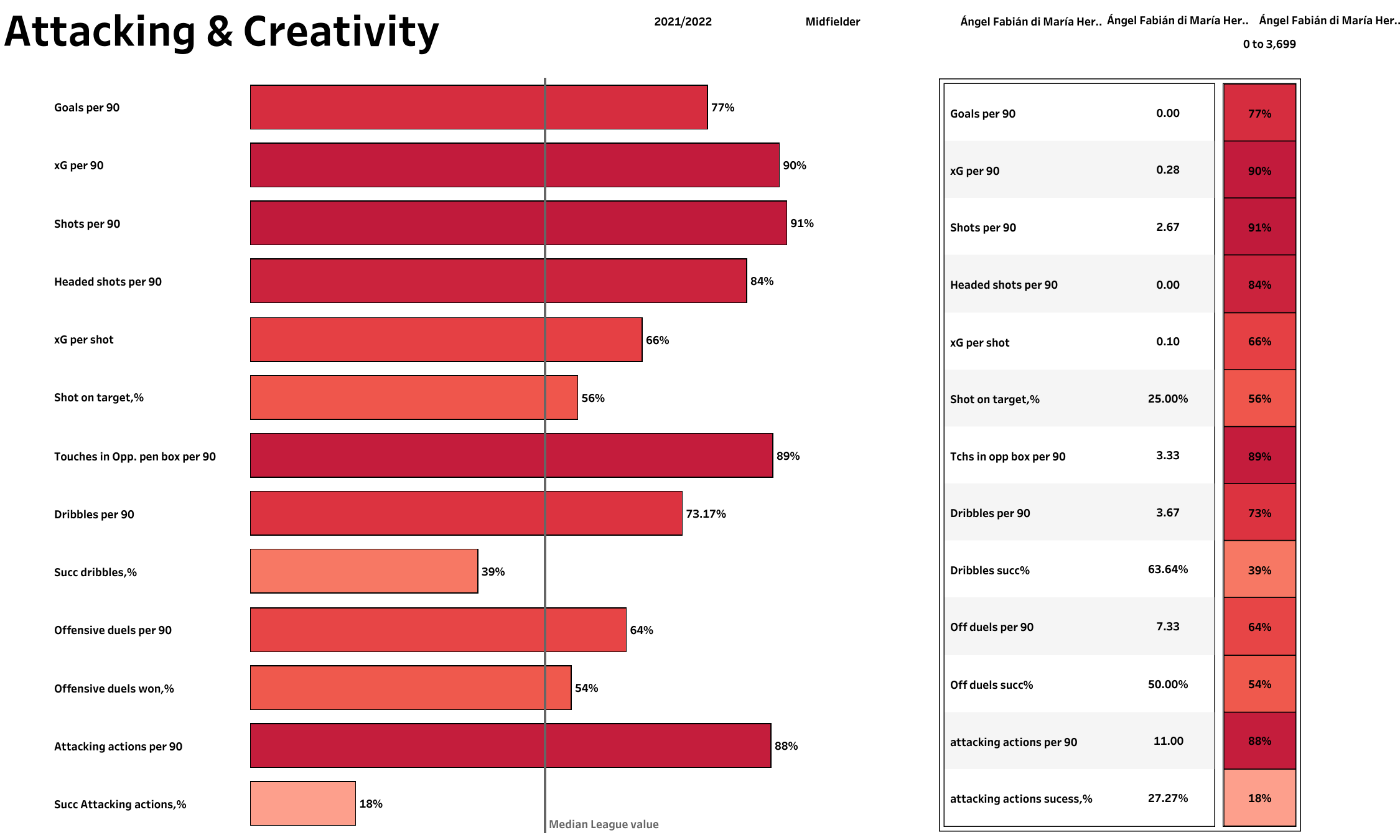 When looking at the above chart, the general rule is that the longer the bar, the better the performance — you can see the league average in the middle, and the % is the percentile rank the player is in. The Argentine international failed to score a goal, but he was effective with the ball at his feet. He attempted eight shots with a 25% shot accuracy rate. Di María penetrated the opposition’s penalty box ten times and averaged 3.33 touches per 90 minutes. Other than this, he had a high percentile rank for attacking actions per 90 minutes. 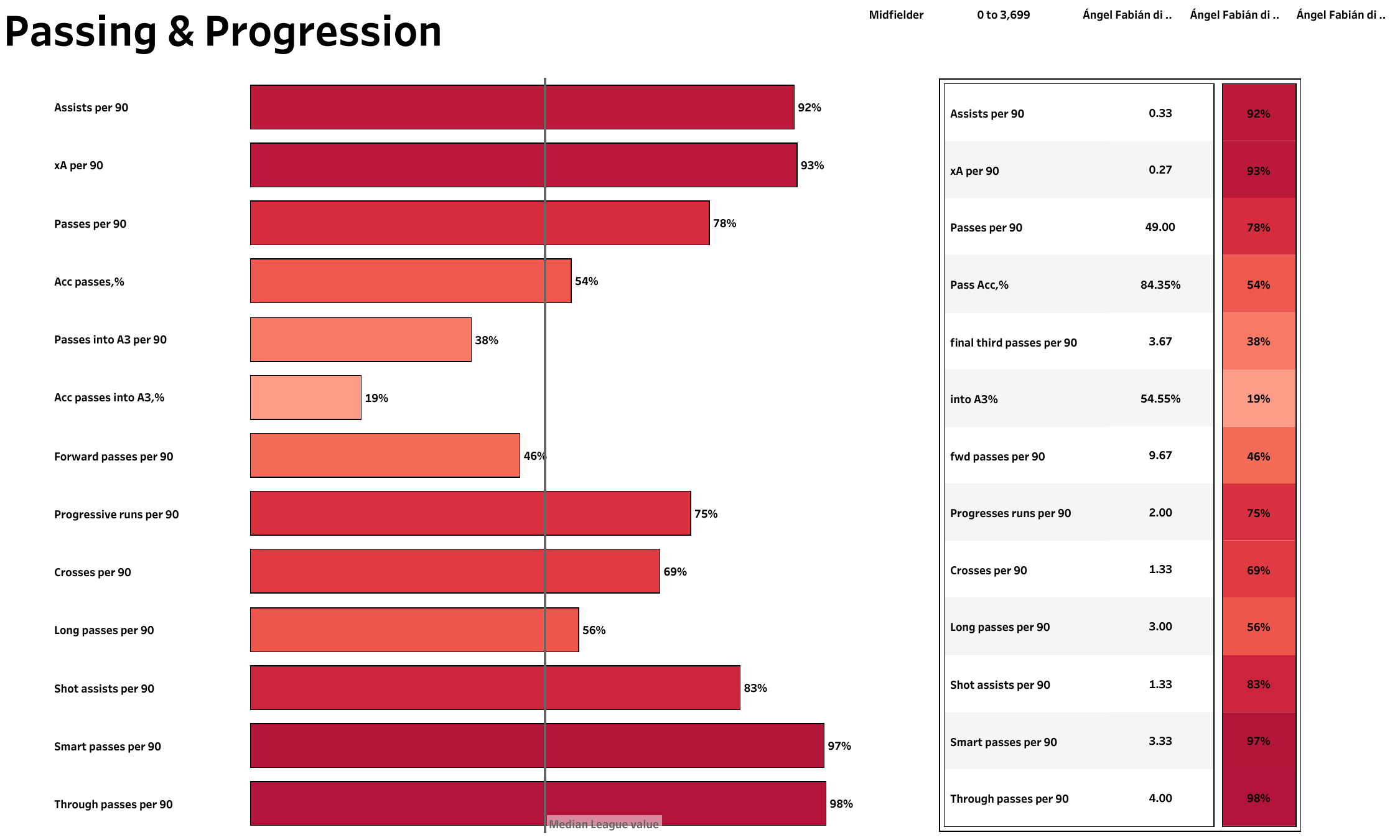 The 34-year-old might have struggled to score goals, but his passing has been impeccable, without a doubt. He averaged 49 passes per 90 minutes and provided one assist in the UEFA Champions League. The wide midfielder has a very high percentile rank for attempting smart passes and through passes. Overall, he attempted ten smart passes and 12 through passes. The passes into the attacking third have been few as the player has attempted most of the passes from the attacking third. 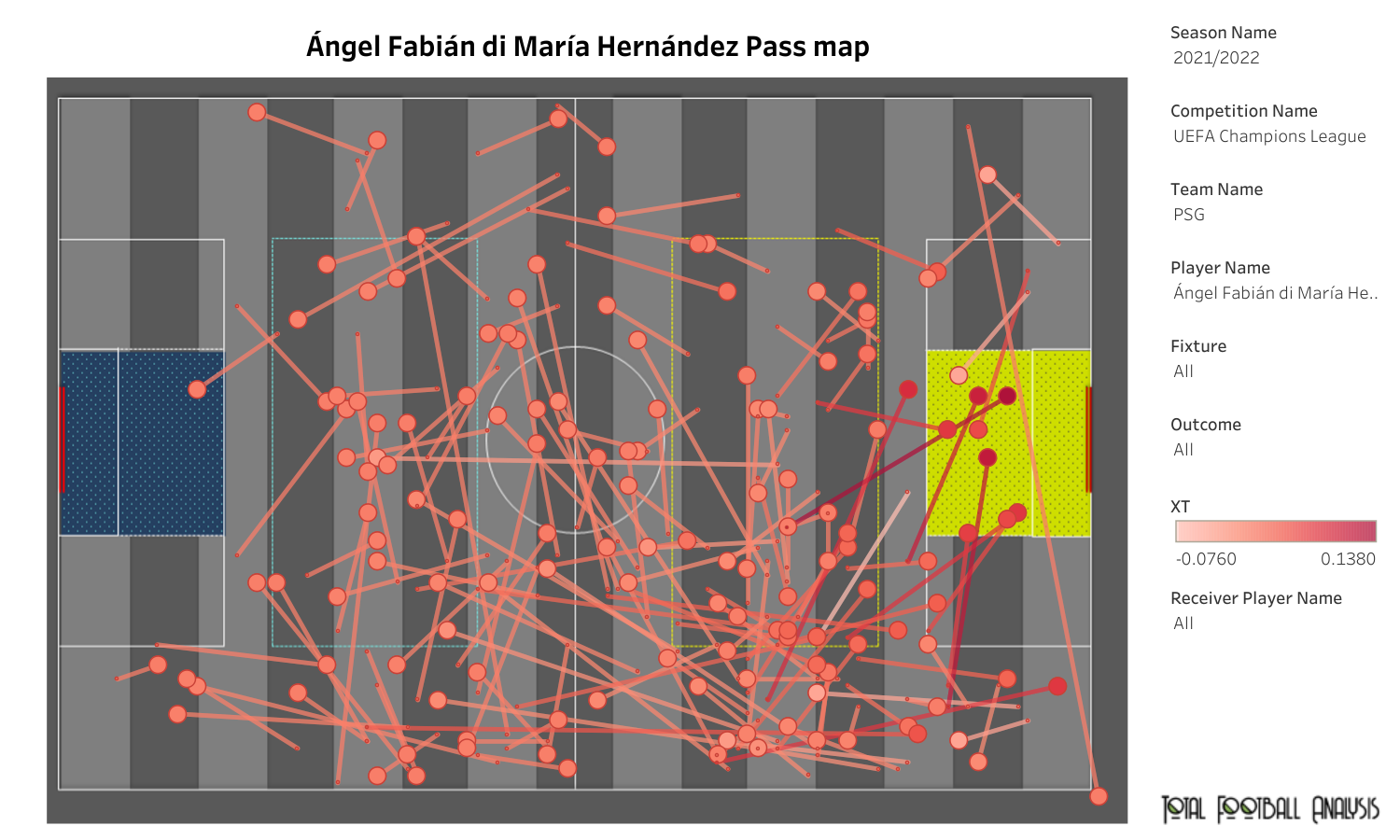 The above viz shows all the passes attempted by the Argentine this season. Di María features on the right, and he likes to cut inside and open up his options with his stronger left foot. He managed to land 14 of his passes into the opposition’s penalty box. Most of his passes were towards Messi, followed by Marquinhos and Achraf Hakimi. The highest threat was created by the passes attempted towards Kylian Mbappe.

Ángel Di María carries the experience of playing in the big leagues. The player is already a league champion in three different leagues. He could be a great addition to a rebuilding Barcelona side. Xavi will keep his options open and only make a move for the Argentine if necessary. However, if the deal is on, then Barcelona will look to acquire his services as soon as possible.

Messi helps Setien to kickstart his Barca career career with a...