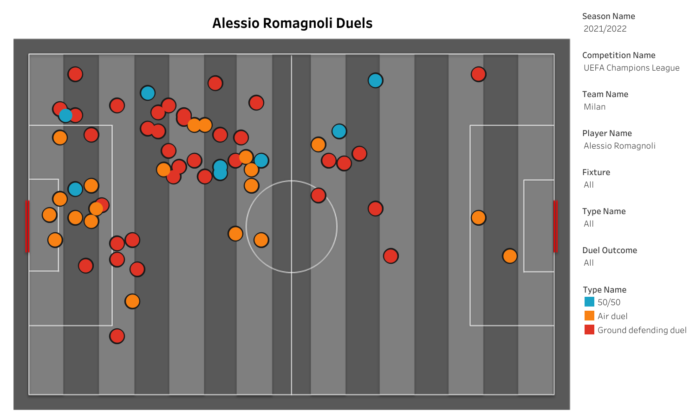 Barcelona completed their first signing of the summer when Franck Kessie joined the Spanish side from AC Milan. The LaLiga runners-up have a lot of new plans and hopes under Xavi for the upcoming season. They have set their target on some of the players and are focused on bringing them to the Spotify Camp Nou. The defence has been the main concern for the Spanish giants, and they are looking for some new faces to bolster their defensive line. Andreas Christensen has already reached a verbal agreement with the club, and Marcos Alonso is also in line for the left-back spot. Clement Lenglet left for Tottenham Hotspur in search of more game-time, and Samuel Umtiti has faced a lot of injuries in recent seasons. Barcelona tried to sign Jules Kounde, but the player was very heavily priced. With few options left in the transfer window, the Spanish club should focus on experienced defenders who could cost less. One of the players that could be a valuable addition to their squad is AC Milan’s defender, Alessio Romagnoli. The 27-year-old will be out of contract in the coming days, and the Italian champions are not looking to extend his contract. This is a great chance for Barcelona to sign an experienced player for their defensive line. 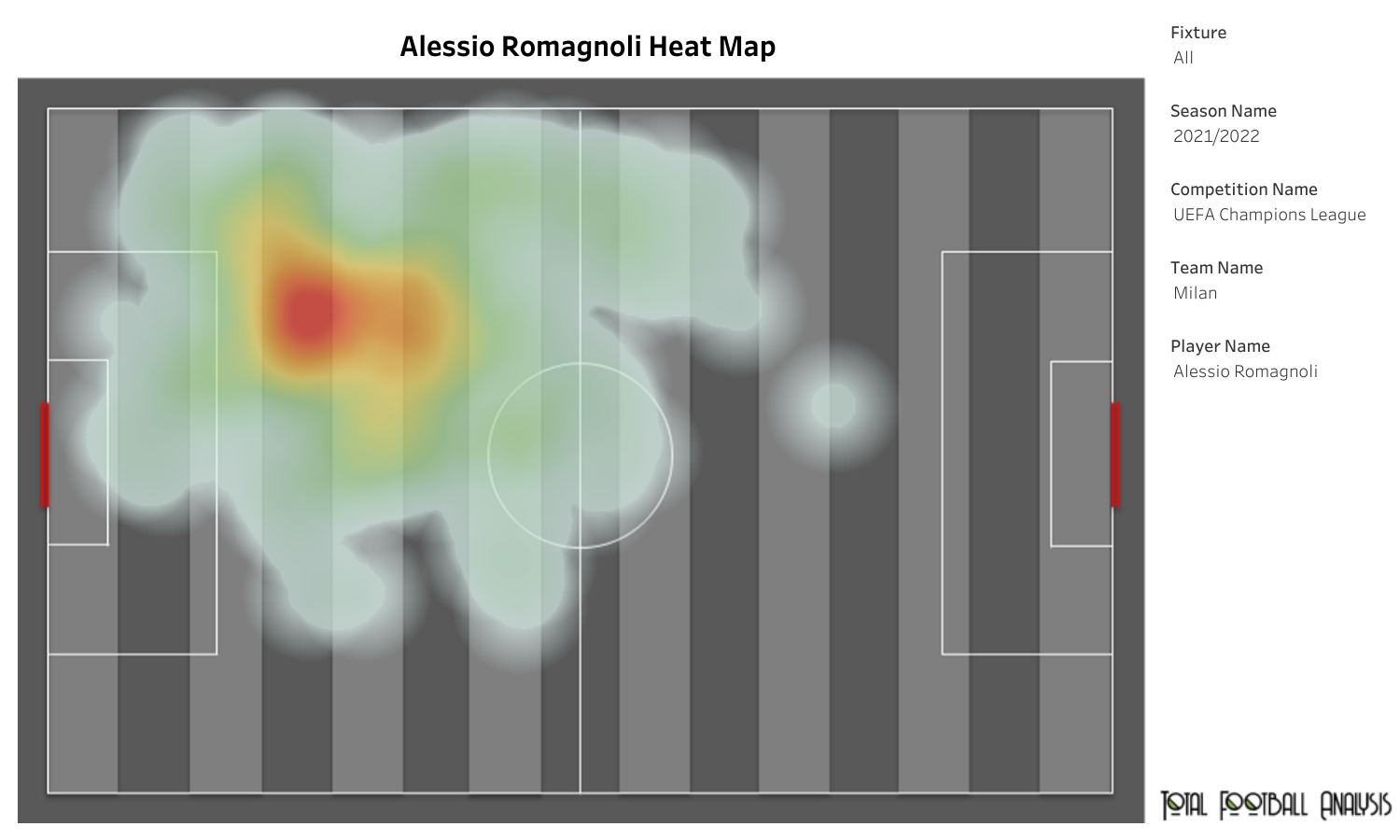 The Italian international made 26 appearances for AC Milan last season. He faced a lot of injuries in the second half of the tournament, and that limited his playing time for the team. The above viz shows the heat map of the player in five UEFA Champions League appearances. AC Milan failed to qualify for the knockout stages of the competition. The centre-back made five appearances in the elite competition and featured as the left-centre back. 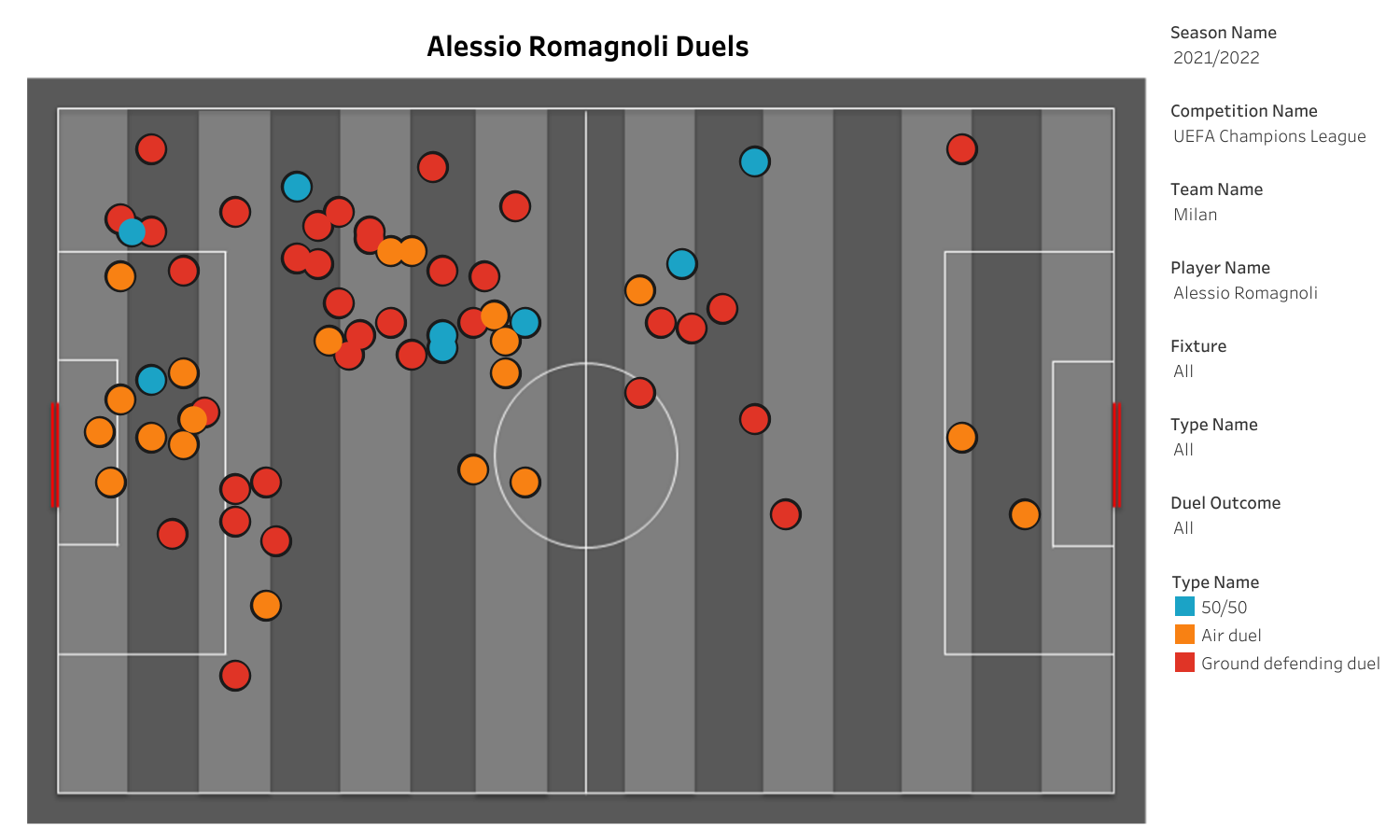 Romagnoli was involved in 13.75 defensive actions per 90 minutes with a success rate of 83.33%. The above viz shows all the duels that were contested by the player. He averaged 7.3 defensive duels, 4.17 aerial duels, and 1.67 loose ball duels per 90 minutes. Romagnoli won 31.45% of defensive duels, 75% of aerial duels, and 62.5% of loose ball duels. The above viz shows that the player likes to clear the danger early and contest most of the duels on the edge of the defensive third. Other than this, the player made 28 interceptions. He intercepted 11 passes from the opposition and the rest of the 17 interceptions were made when other players were on the ball. The player also recovered the ball 48 times.

The Italian defender is very highly rated for his defensive displays on the pitch. Alessio Romagnoli was unlucky last season to miss most of the games. He is now looking for a new opportunity and could be a great addition to Barcelona’s squad. The Spanish club could save a lot of money, and Romagnoli has the potential to become a first-choice centre-back at Barcelona. The Spanish giants might negotiate with the player before the start of the pre-season.

‘Undecided’ – Coutinho has many offers but is looking for the...

Barcelona or Real Madrid: Who has the better build up to...

Can Barcelona Pick Up Silverware This Season?

Under the microscope: Alex Grimaldo – Could the La Masia product...