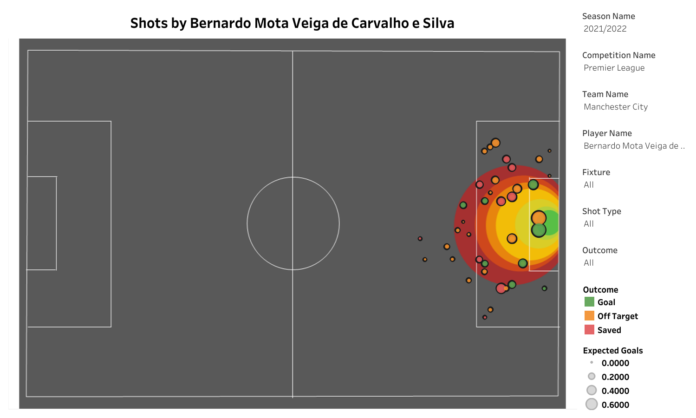 Barcelona are looking for options to boost their midfield for next season, and one of the targets that have emerged is Manchester City’s Portuguese midfielder, Bernardo Silva. The midfielder has been linked previously, and this time the Spanish club is looking to add the player to their ranks. The 27-year-old has been a regular for City this season and has given some impressive performances on the pitch. He is one of the main players for Pep Guardiola and adding his experience to a young Barcelona side can help them achieve glory in the coming years. Barcelona’s midfield is full of young players like Pedri, Gavi, Frenkie de Jong, and others. The player has made attacking as well as defensive contributions this season in his side’s title-defending season in the English Premier League, as well as their semi-finals, run in the UEFA Champions League. Here are some of the stats that will show why Bernardo Silva is on the wishlist of Barcelona. 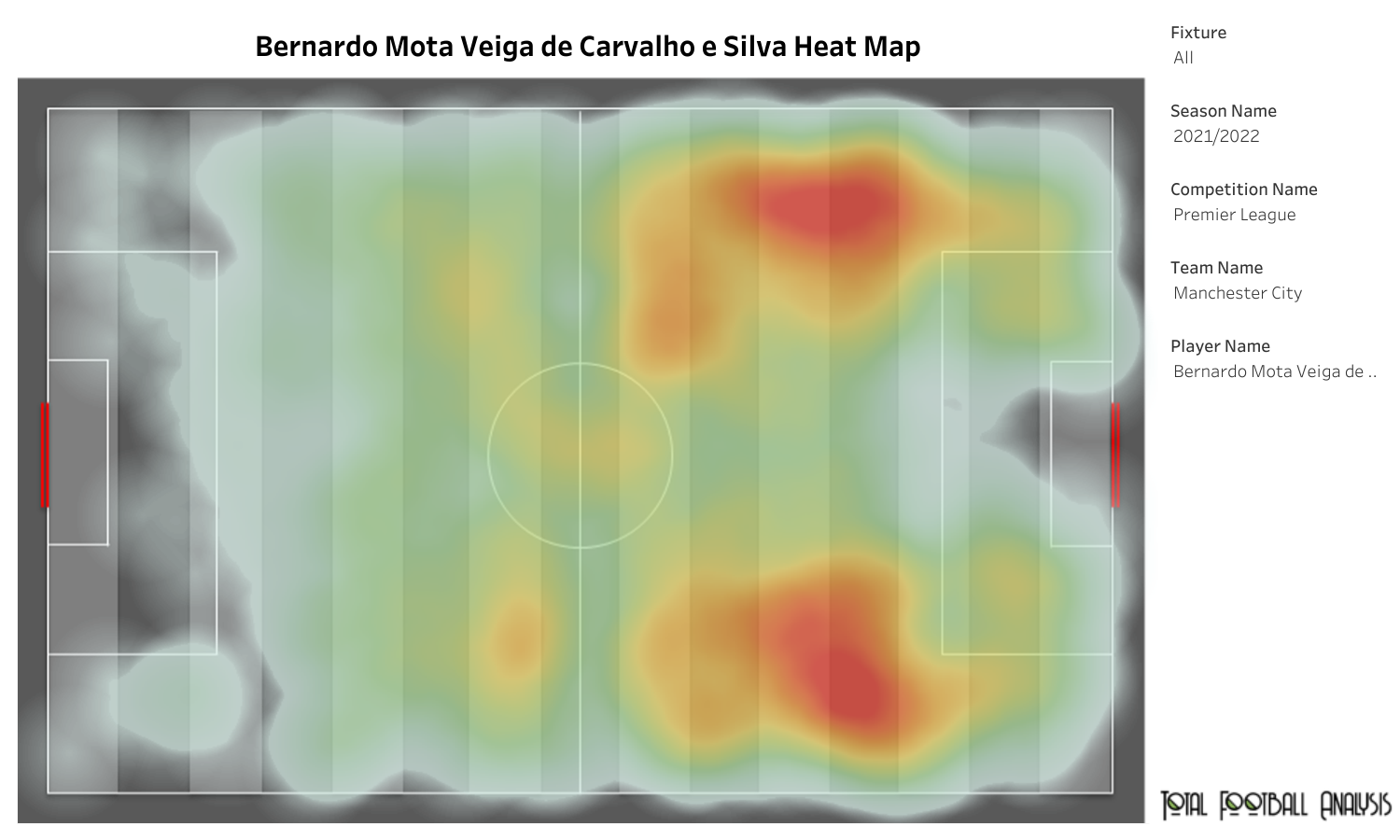 Bernardo Silva has made 32 appearances in the English Premier League this season. The midfielder has bagged eight goals and has also provided three assists. In the UEFA Champions League, he has scored three goals and provided three assists in 11 appearances. The above heat map shows his position on the pitch. Silva has played as a box-to-box midfielder and has covered a lot of ground. He has mainly featured on the wide sides of the field. 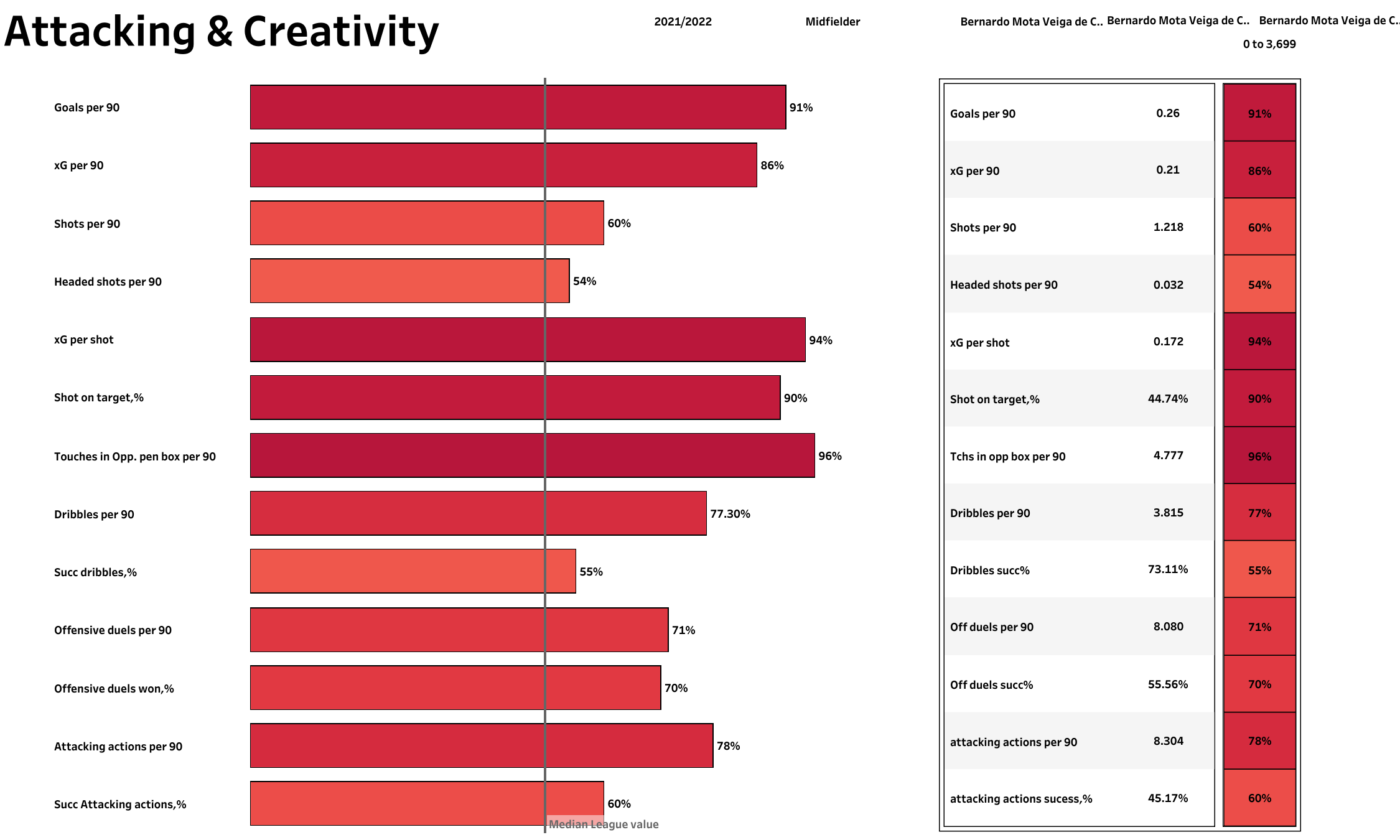 When looking at the above chart, the general rule is that the longer the bar, the better the performance — you can see the league average in the middle, and the % is the percentile rank the player is in. The above chart compares Silva’s stats with those of other midfielders in the English Premier League. We can observe that the Portuguese player has a high percentile rank in every stat mentioned above. He is one of the top goal-scoring midfielders in the league and also has a high xG rate. Notably, Silva has taken 149 touches inside the opposition’s penalty box and averages more than four touches per 90 minutes. He is ranked at the top amongst other midfielders in the league. 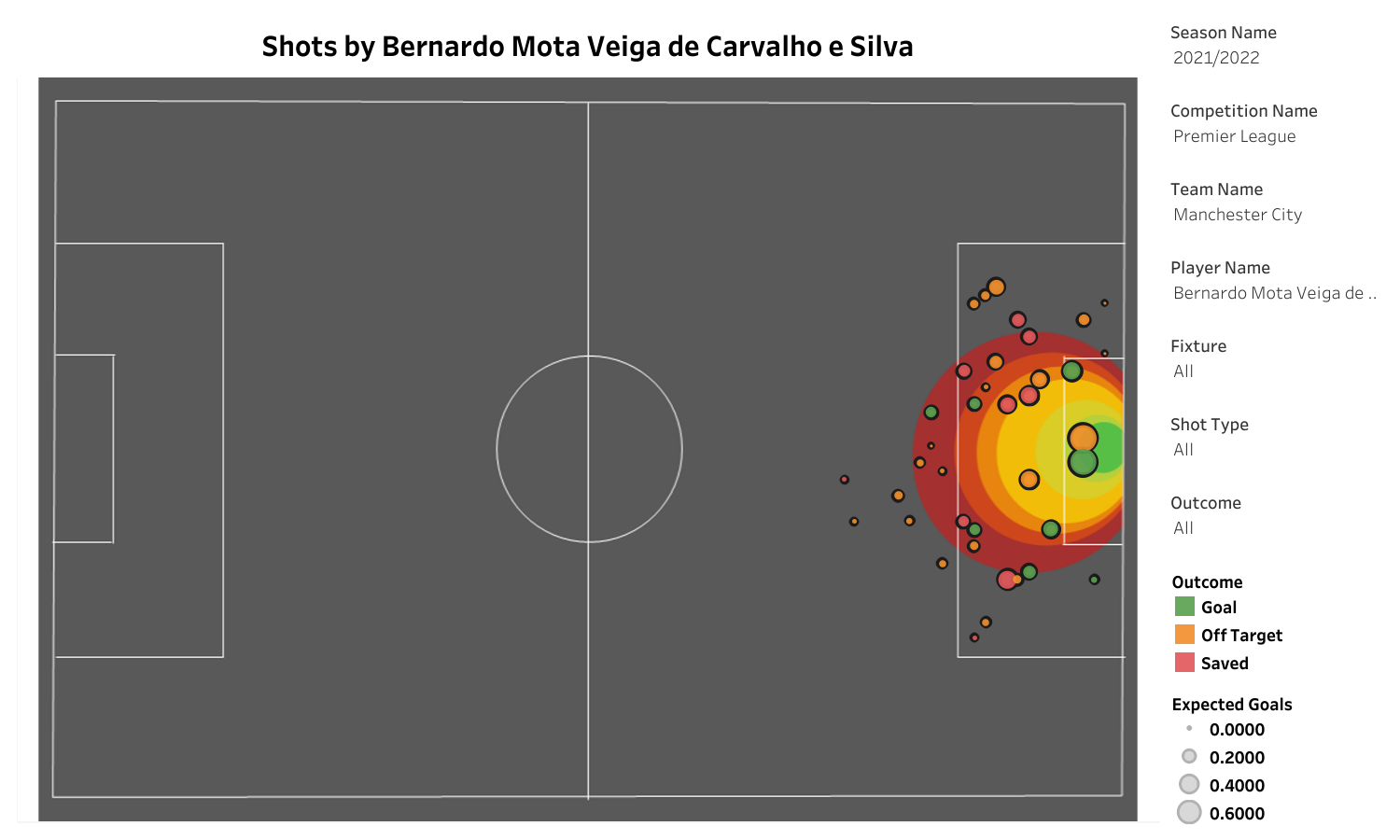 Bernardo Silva has attempted 38 shots this season in the league and has managed to hit the target 17 times. From the above map, we can observe that he has only attempted eight shots from outside the penalty box and has scored a goal. The overall xG rate of the player is 6.71. 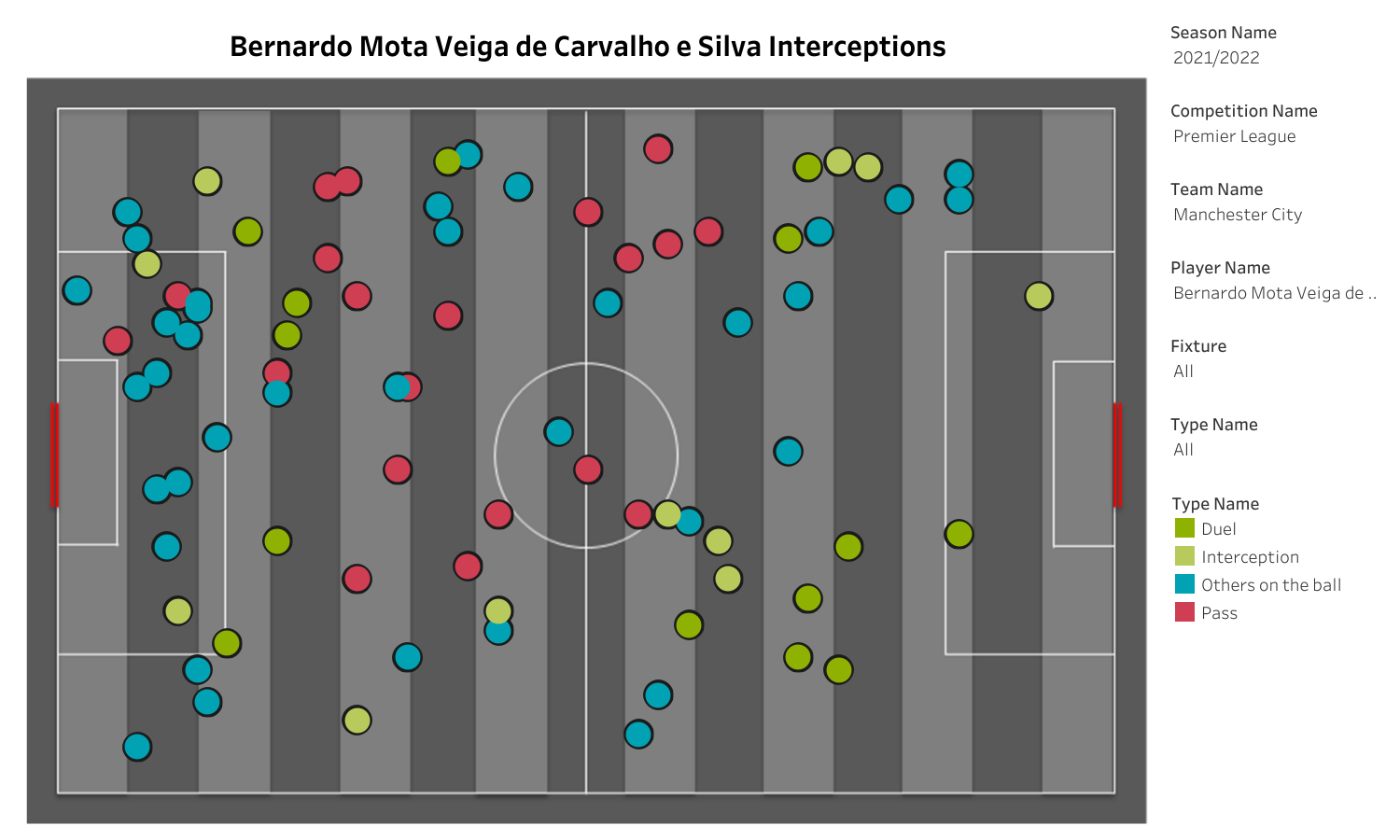 The 27-year-old has also made some crucial defensive contributions. He has made 81 interceptions, most of them inside his team’s half. Most of the interceptions have been made when other players are on the ball. Other than this, Silva has made 153 recoveries, and 97 were made inside the opposition’s half. The Portuguese likes to win the ball and has contributed a lot to Manchester City.

Bernardo Silva is also a threat with his passing. He can dribble past players, score goals and provide assists. The Portuguese can add a new dynamic to Barcelona’s team and help them to achieve success next season. However, Manchester City won’t let their star player leave that easily, and the Spanish club might have to offer a lot of money.

Transfer Analysis: Why have Barcelona shown an interest in the teenage...

Barcelona return to the top against Sevilla but pay the ultimate...