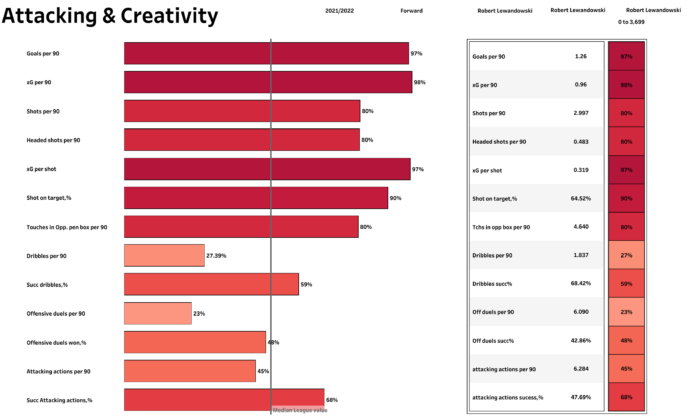 Barcelona have had a lot of transfer activity and brought in some big names in the recent transfer window. Xavi will take charge of the team for the first full season under him. The former player was brought in to bring a change to the team, which he did and got the backing of the board. This season, the Spanish giants will hope to add more silverware to their overall tally in the form of the LaLiga title and/or the UEFA Champions League crown. Last season, before January, Barcelona were short of attacking options due to some injuries in the squad. However, Xavi has covered every area of the attack by signing new players.

Robert Lewandowski was the biggest signing of the summer for Barcelona. They signed the 33-year-old Polish striker from Bayern Munich. He is an experienced striker who is set to lead the attack. Barcelona also penned a contract extension with Ousmane Dembele and will hope that the player remains fit this season. There are also other players available for Xavi in the attack, and they are listed below. 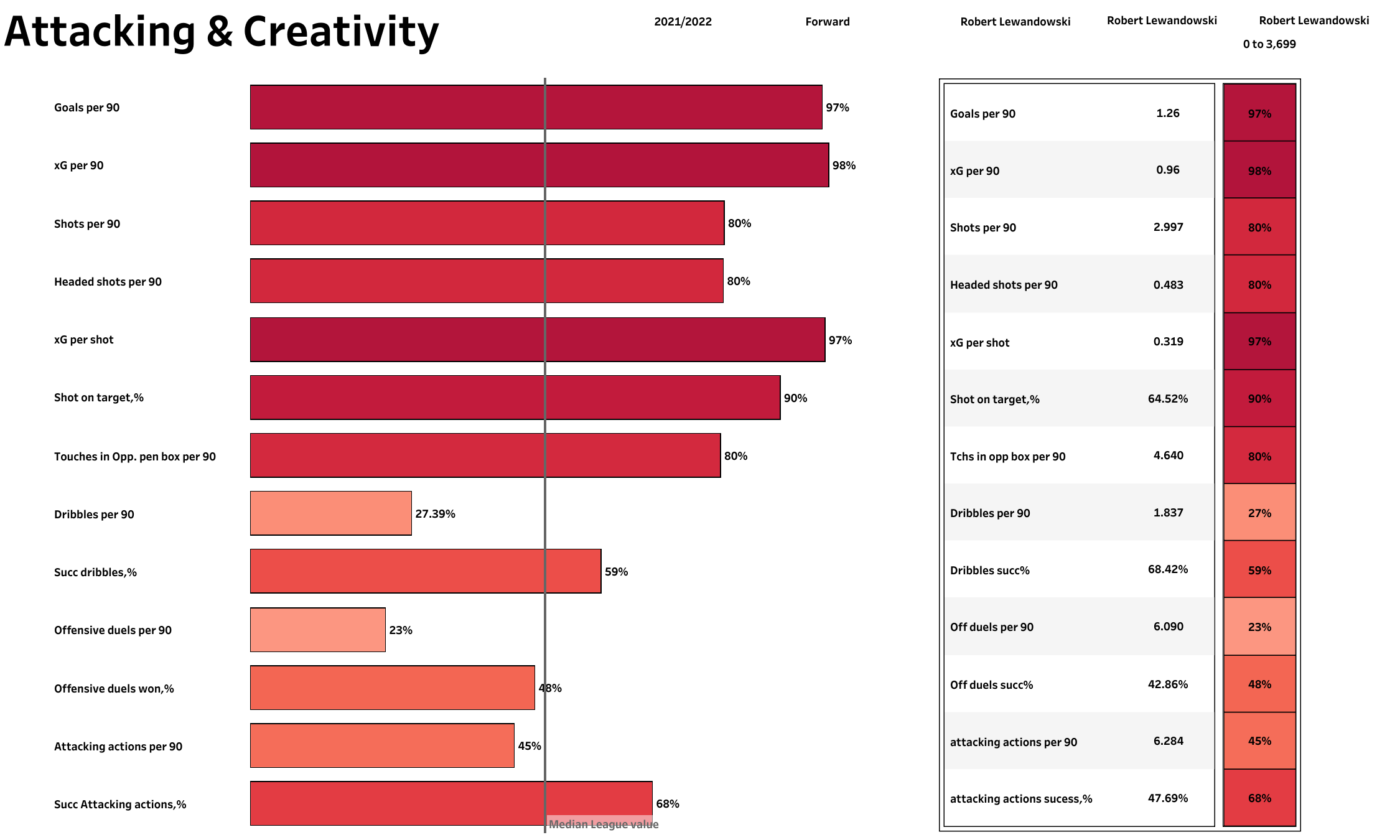 As mentioned above, Lewandowski was the biggest signing of the summer. He led Bayern Munich’s attack for eight seasons and helped them win eight league titles, along with the UEFA Champions League in the 2019/20 season. The above viz shows the attacking stats of the player from the last UCL campaign with the percentile rank. When looking at the above chart, the general rule is that the longer the bar, the better the performance — you can see the league average in the middle, and the % is the percentile rank the player is in. Lewandowski scored 13 goals in the elite competition and 35 in the Bundesliga. This shows why the player is regarded as the best signing. He is likely to lead the attack in every match. The other attacking option in the centre will be former Arsenal captain, Pierre-Emrick Aubameyang, who was signed in January last season. He also adds pace to the attack. 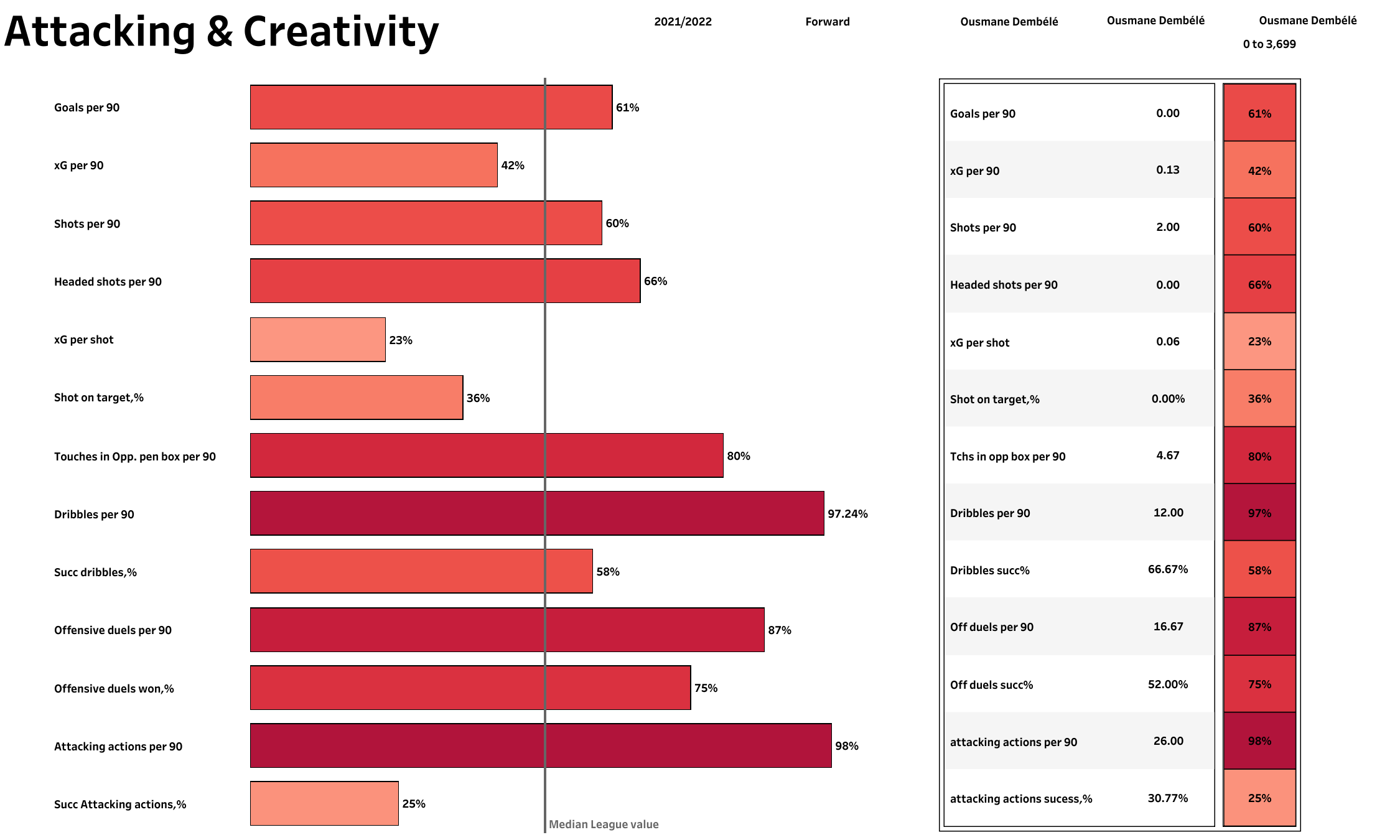 Dembele is likely to lead the attack from the right side. Injuries have sidelined him every season, but this time he will look to make an impact on the team. Another player who can also feature on the right is their new signing, Raphinha. The right-forward has impressed everyone in the pre-season, and Xavi won’t bench him in every match. Dembele and Raphinha will compete with each other for the position. 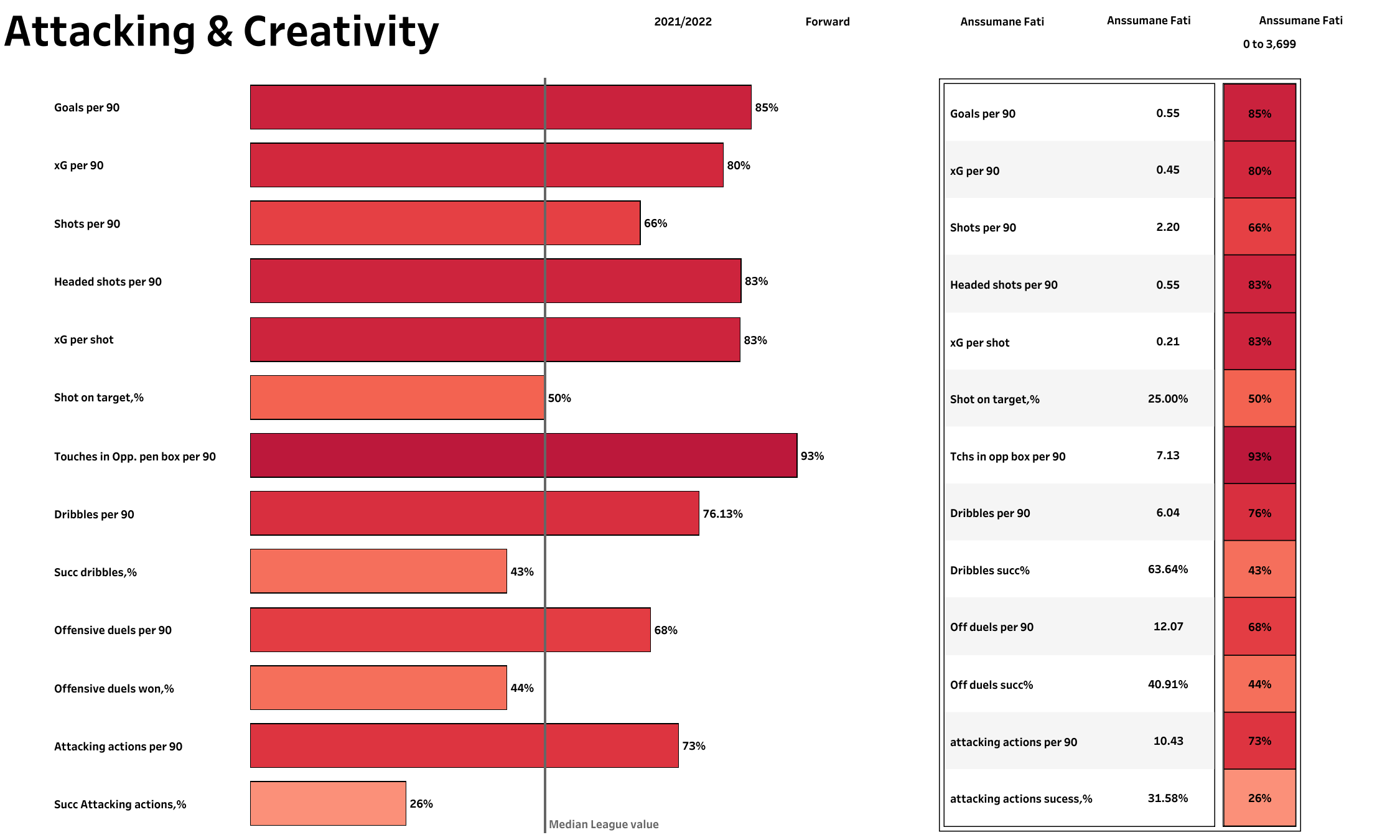 Youngsters, Ansu Fati and Ferran Torres, will be the options available on the left for Barcelona. These two players are the future of the club and add a lot of creativity to the side. Memphis Depay is also an option, but Barcelona are likely to offload him.

Xavi has a lot of attacking options this season in the team. All the players possess quality with the ball and can score goals. It will be a difficult task for Xavi to manage these star players, but this will be a long season for all clubs, and Barcelona have stocked up their resources. They will be a threat in Europe this season.

Barcelona return to winning ways at home away from home