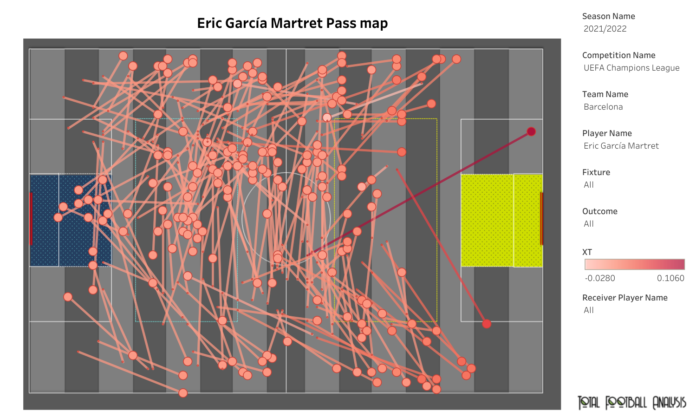 FC Barcelona struggled at the start of the season and was eliminated in the group stage of the UEFA Champions League 2021/22 season. Early in the summer transfer window, the team had to let go of some of their important players. They changed their manager mid-season, and there have been some recent improvements in the performance of the team. To win any cup or play with dominance, a team needs to have a strong defense. Gerard Pique is into his last years of a glorious career. The Catalan club has identified their centre-back pairing for the near future in the form of former Manchester City defender Eric Garcia and Uruguayan international Ronald Araujo. Both players are in their early 20s and have a lot of time to settle into the team. 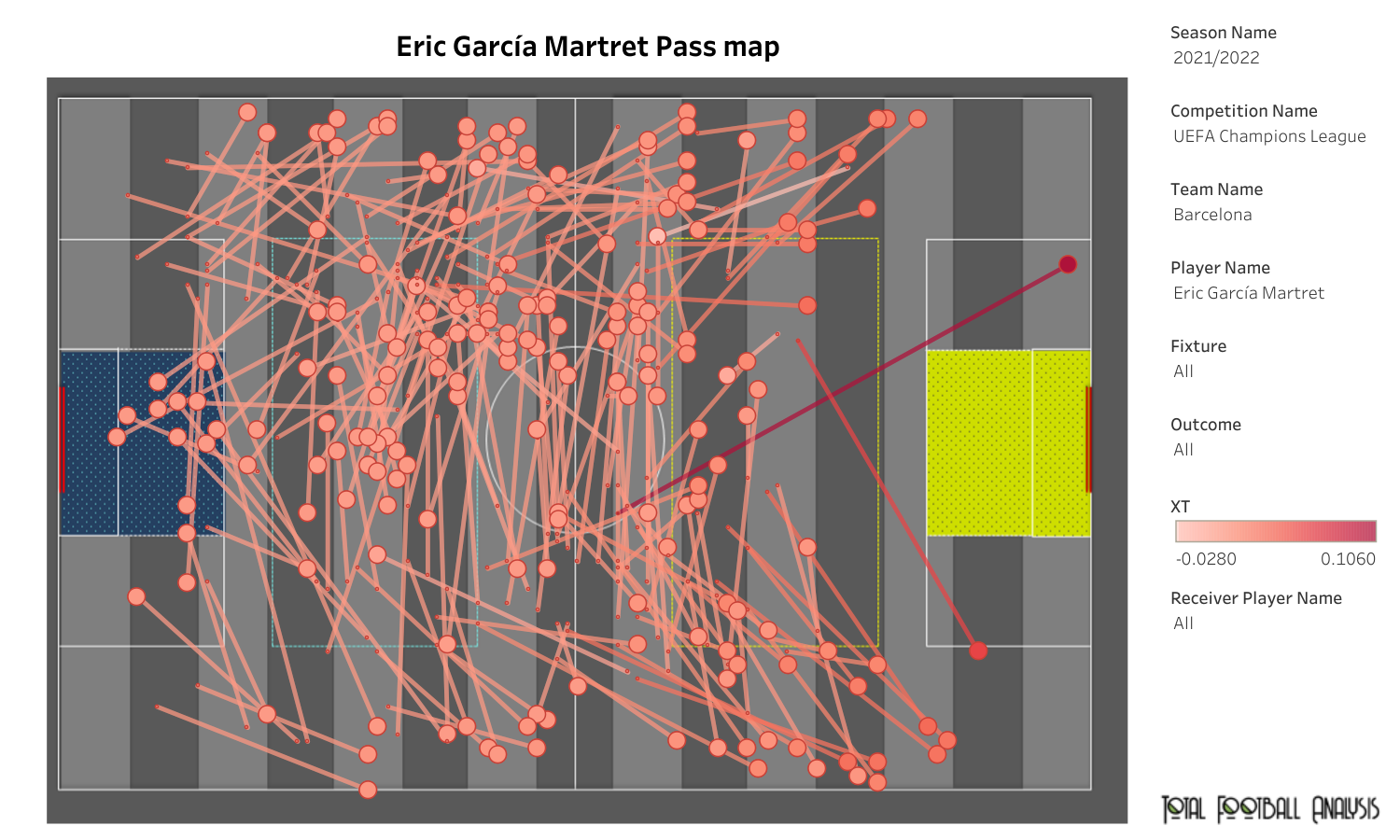 Eric Garcia made four appearances in the Champions League this season, and one of them was from off the bench. He attempted 197 passes in those four matches, with a 97.46% pass accuracy rate. 26 out of his 197 passes were attempted towards Clement Lenglet. The highest threat rate was created by 17 passes towards Oscar Mingueza. His passes included seven long passes and one through pass. 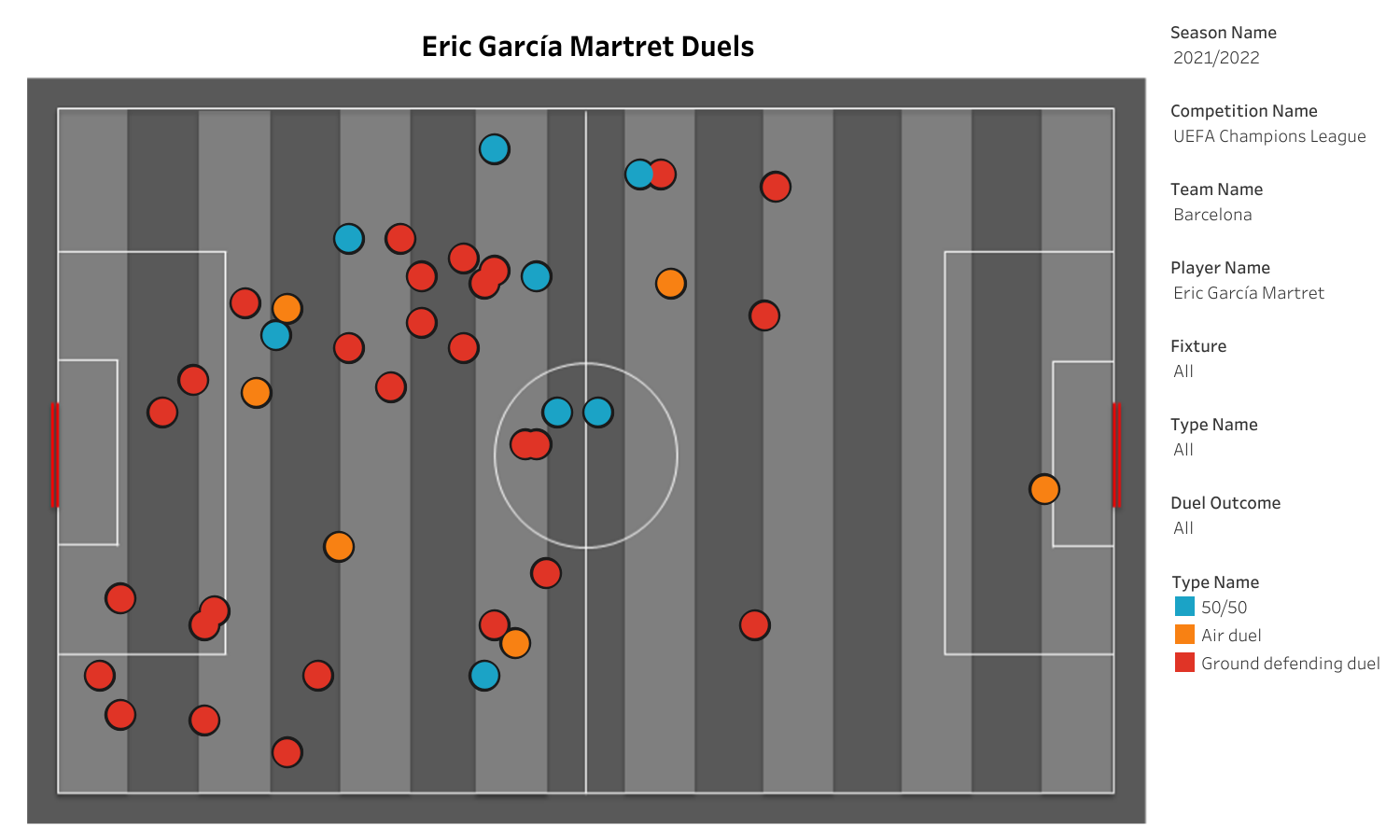 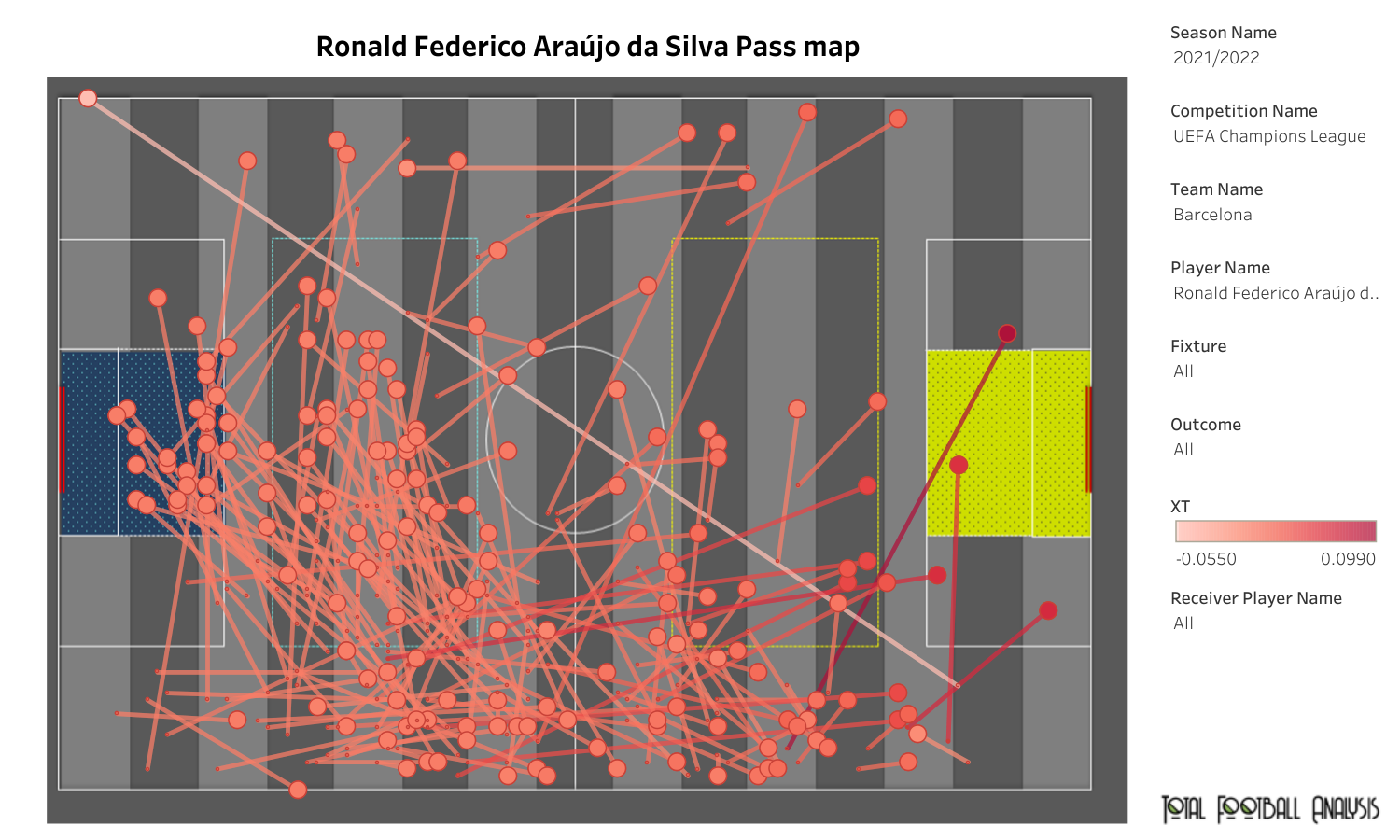 Ronald Araujo featured in five Champions League matches this season. He started in four matches and came on as a substitute in one. The Uruguayan attempted 178 passes with an 85.39% pass accuracy rate. From the above viz., we can observe that Araujo has attempted more passes into the opposition’s penalty box and has featured more from the right side. The majority of his passes were aimed at goalkeeper Ter Stegen. The highest threat rate is created by the passes towards striker Memphis Depay. His 178 passes included 21 long passes, and they were mostly towards the right side. 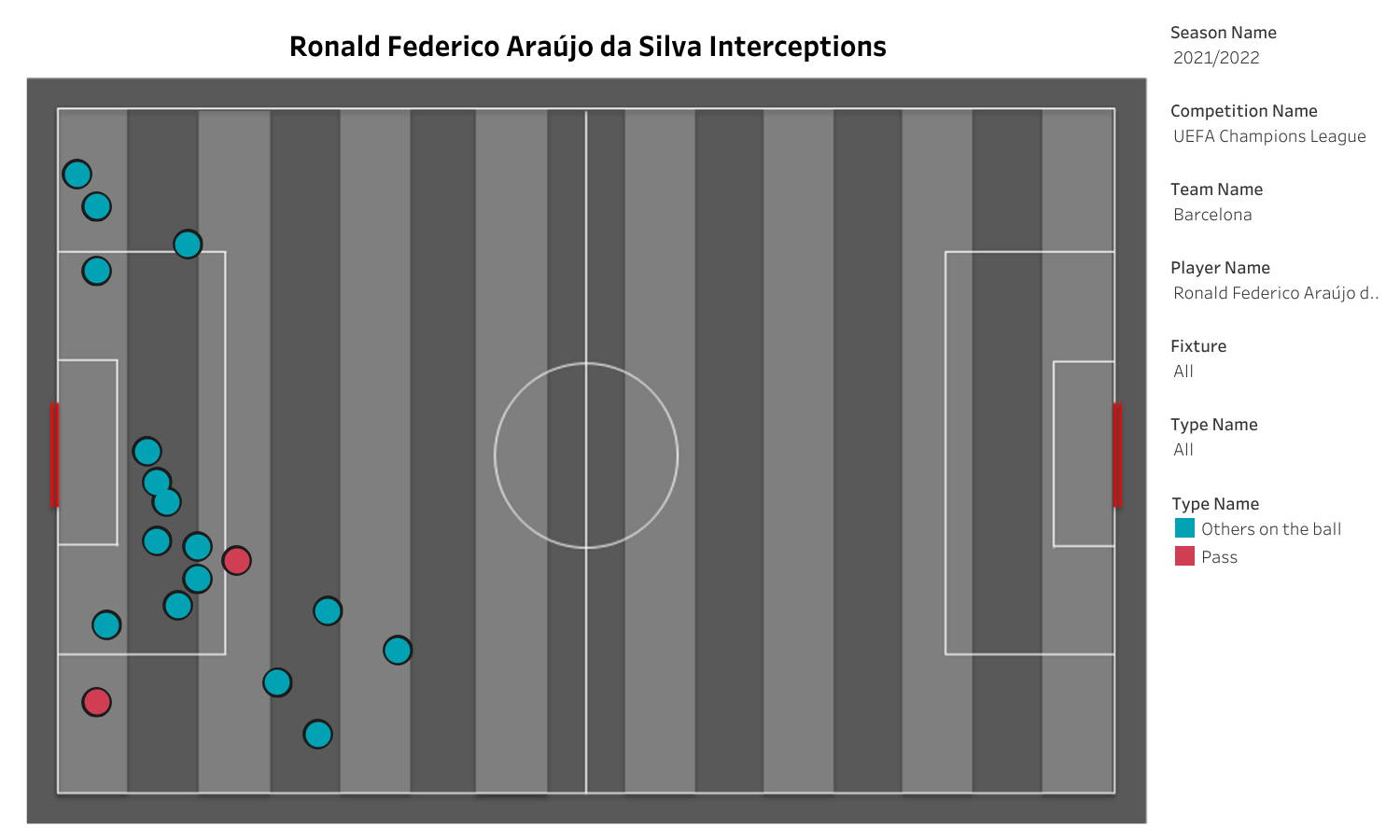 The above map shows all the interceptions made by the defender this season. He has made 18 interceptions, 16 of them when others were on the ball. Most of the interceptions have been made inside the penalty box and towards the right side. The player is also strong in the air and has contested four aerial duels.

Both players are playing together for the first time this season. They have impressed with their performances on the pitch and have a lot to prove in the future. Both players are good passers of the ball and have a high passing accuracy rate. With Xavi as their new coach, they can learn a lot from him, and together they can form a great centre-back partnership in the future.

Four players Quique Setién could sign in the summer

Ilaix Moriba: Is Barcelona’s 16-year-old the next Paul Pogba?