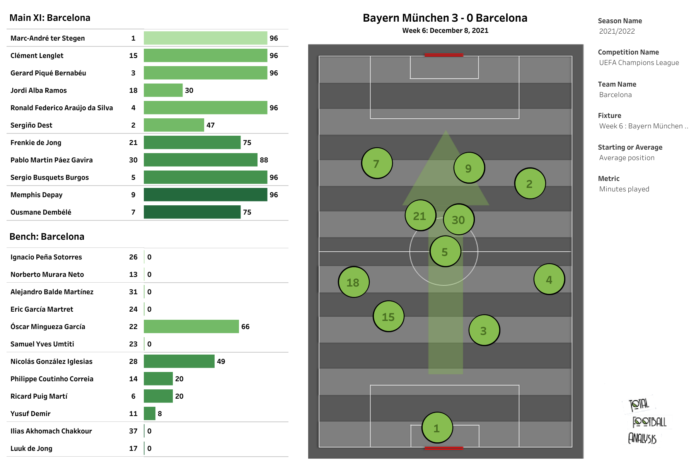 Spanish side FC Barcelona will play in the UEFA Europa League after failing to qualify for the next round of the UEFA Champions League. The Catalan giants will play a two-legged playoff against Italian club Napoli. Xavi’s side will face tough competition as Napoli are one of the best attacking sides in football. However, Barcelona have made some improvements in their squad after signing some new players in the recent transfer window. They bought in Dani Alves, Ferran Torres, Adama Traore, and Pierre Emrick-Aubameyang. This has given Xavi more options, and he could make some changes from their last Champions League match. 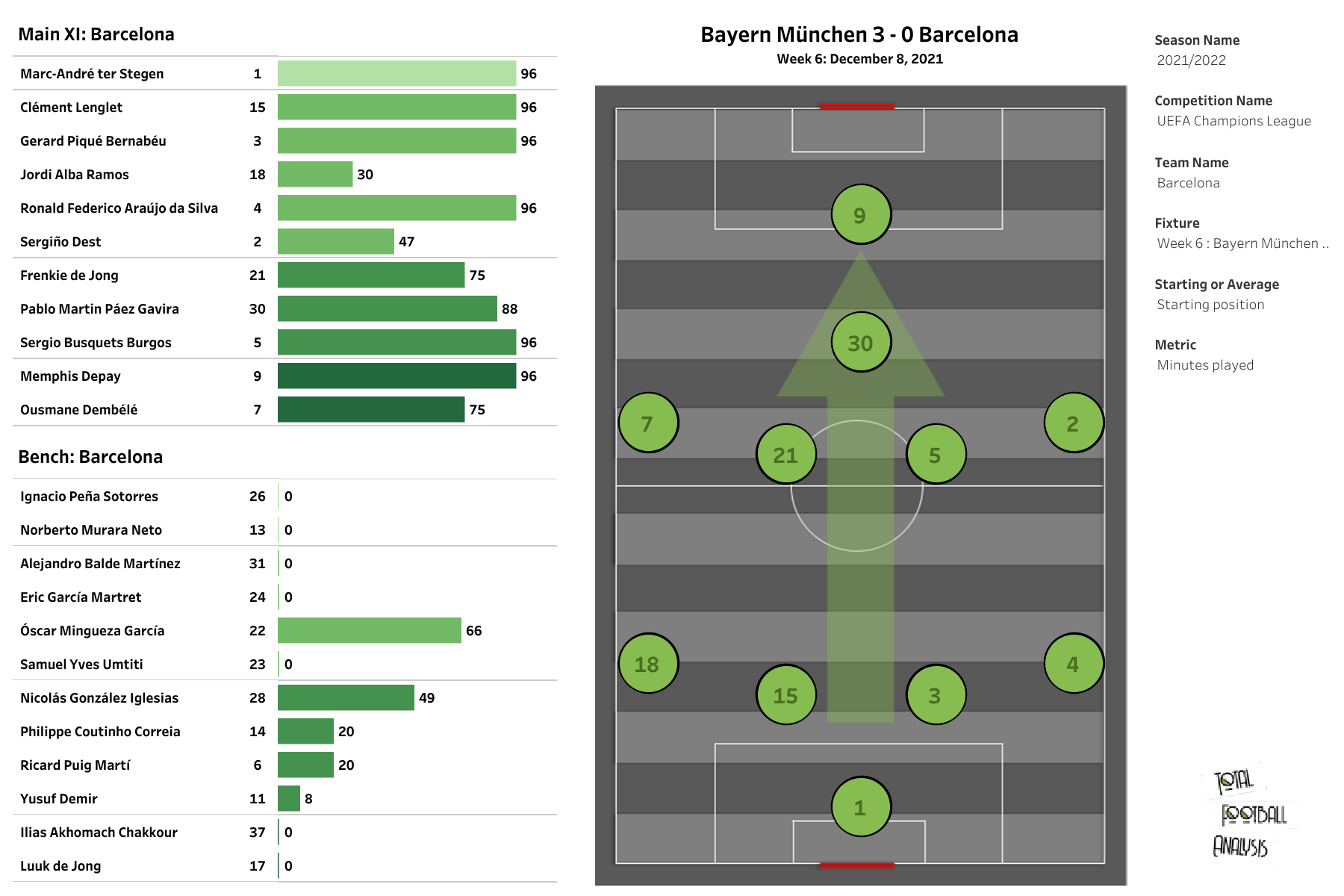 Barcelona lined up in a 4-4-1-1 formation in their final group stage match against Bayern Munich. Memphis Depay led the attack and was supported by Gavi. Ousmane Dembele played on the left, and Sergiño Dest featured on the right. Frankie de Jong and Sergio Busquets dictated the play from the centre of the field. Jordi Alba and Araujo played as the full-backs, and Pique and Lenglet were at the heart of the defense. This was Xavi’s team in his earlier days as Barcelona’s manager. Now, with some new signings, he has changed the team formation and the team features some new faces in these positions. 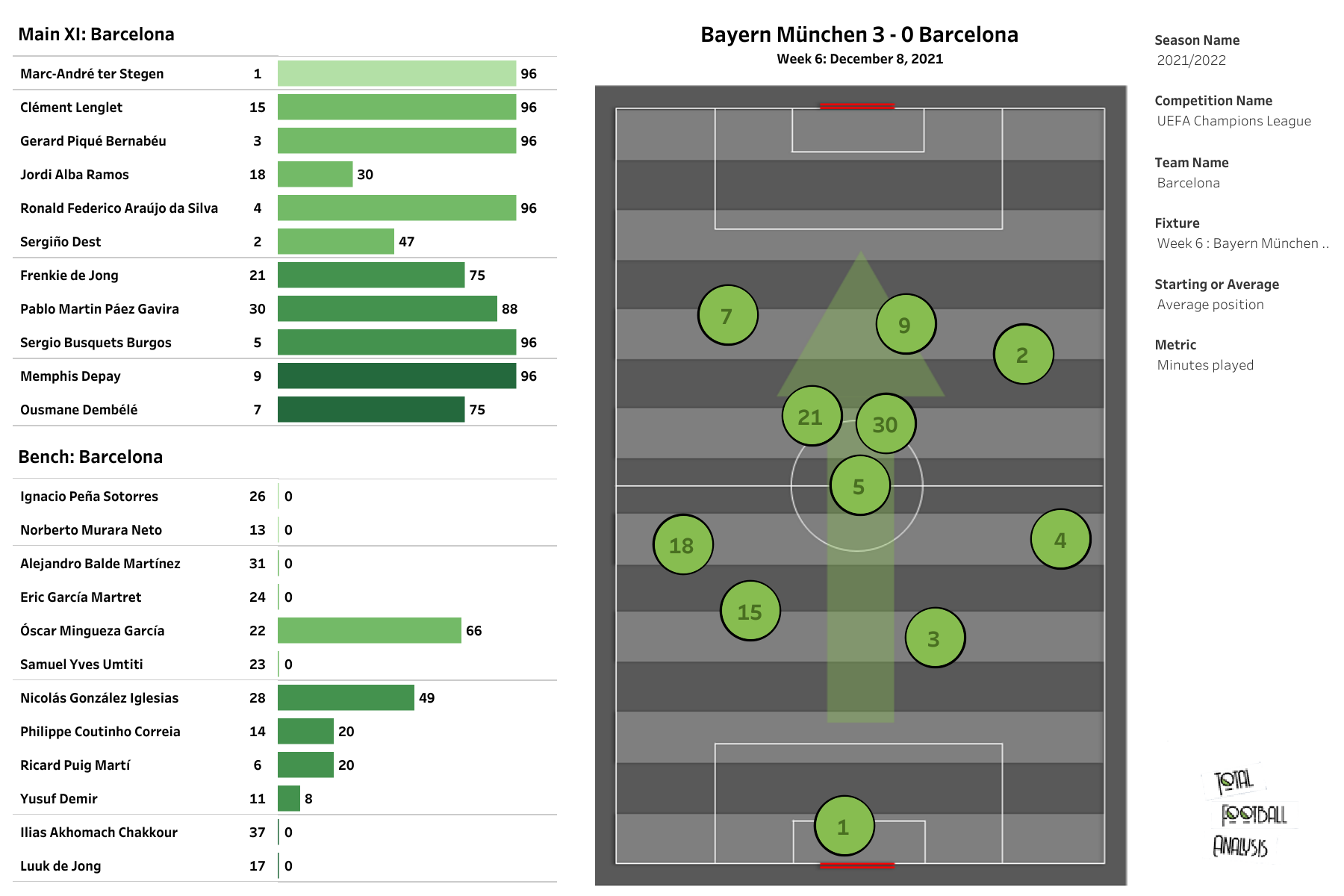 The average position of the starting XI shows that Barcelona played in a 4-3-3 formation. Memphis led the attack and was supported by Dembele and Dest. Gavi, de Jong, and Busquets formed the midfield three for Xavi’s side. In recent games, Barcelona have played in the same formation. This was the same formation that Barcelona used when Xavi was a player at the club. Busquets plays as a defensive midfielder and allows the other two midfielders to run up and down the pitch.

In the last game, Barcelona played in a 4-3-3 formation. Ferran Torres, the new signing from Manchester City, featured as the number nine for his side. Memphis Depay is out with injury, and Xavi has three striking options in the form of Pierre Emrick-Aubameyang, Luuk de Jong, and Martin Braithwaite. Adama Traore is expected to start from the right. Gavi played on the left in the last match, but he could be replaced by Ousmane Dembele. Pedri, Busquets, and De Jong are likely to make the midfield three. Jordi Alba, Gerard Pique, Ronald Araujo, and Sergiño Dest are expected to form the back four. Barcelona haven’t registered Dani Alves in the Europa League squad, which leaves them with fewer options in the full-back position.

Barcelona have registered their new players for the competition. The manager now has more players available for selection and has also added experience to his team. The team is a mixture of young and old players. The Spanish club will have a huge task on their hands when they take on a very attacking Napoli side. Xavi would like to start Barcelona’s career with silverware and help Barcelona earn their first-ever UEFA Europa League title.

Under the microscope: Magnificent Gavi – How does the youngster earn...