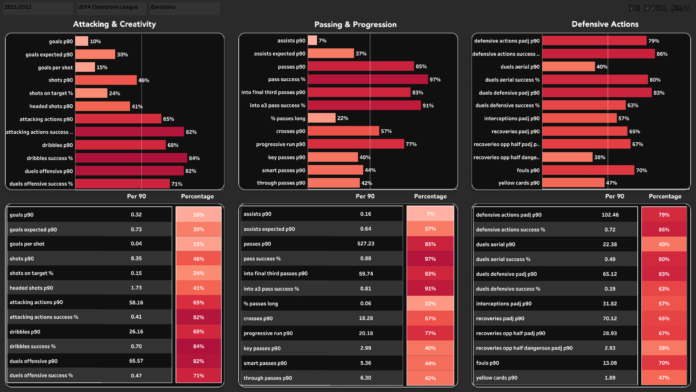 Barcelona acquired the services of Ferran Torres, Adama Traore, and Pierre Emrick-Aubameyang to improve their attack for the remainder of the season. Adama Traore has already spent some time at the club, and Aubameyang has played in top leagues across Europe. Ferran Torres was their most expensive signing in this transfer window. The 21-year-old Spanish player was signed by Manchester City, and the player won the league title with the English club last season. Xavi has added some new faces that could help him contest for the league title and the UEFA Europa League. 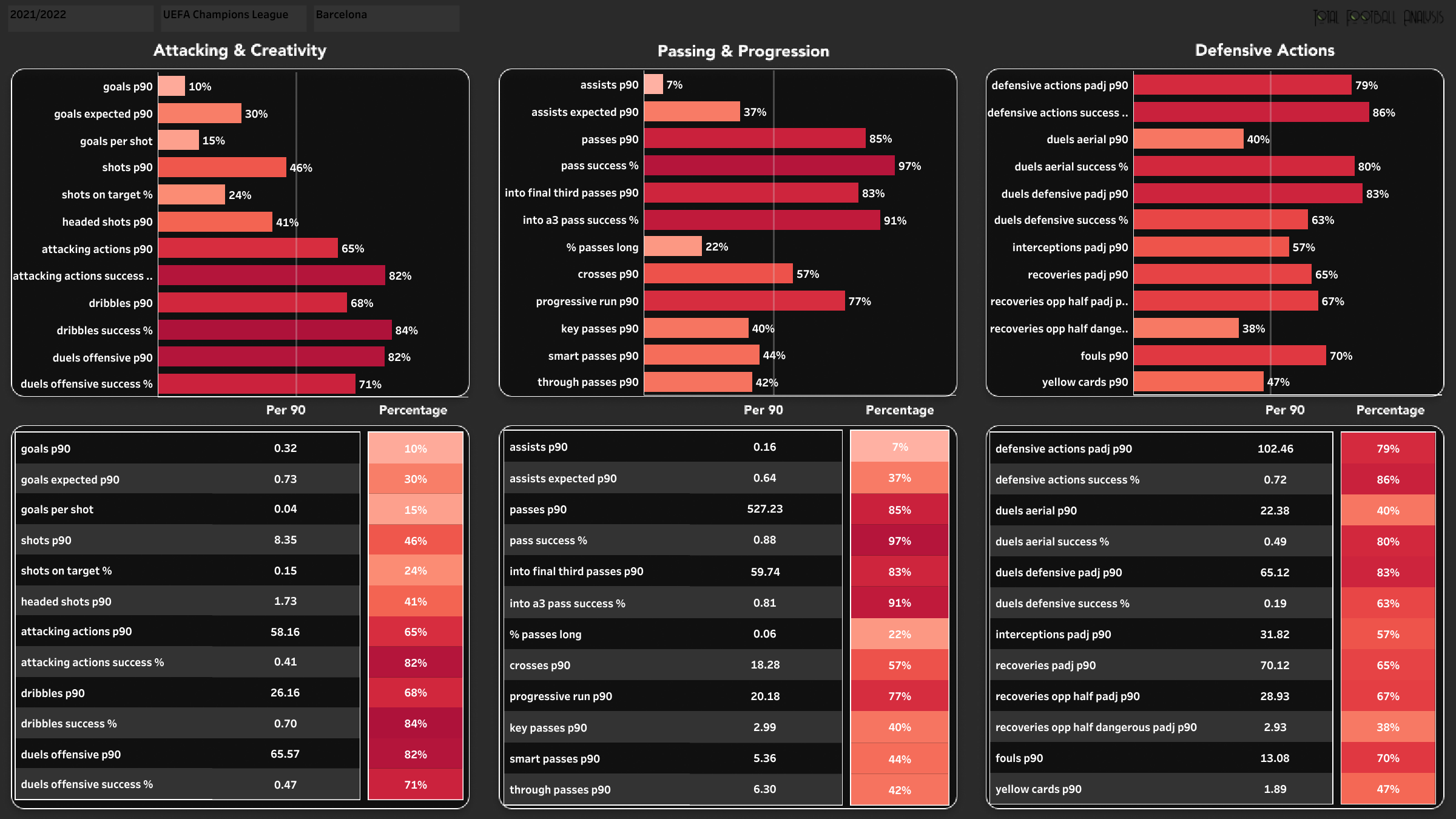 Barcelona was unable to start the season well and failed to qualify for the next stage of the UEFA Champions League. The five-time Champions League winners finished third in their group, behind Bayern Munich and Benfica. When looking at the above chart, the general rule is that the longer the bar, the better the performance — you can see the league average in the middle, and the % is the percentile rank the player is in. Scoring goals was the biggest concern for Barcelona, and they only scored two goals. In return, Barcelona conceded nine goals. The Spanish club won two matches against Dynamo Kyiv and played a goalless draw against Benfica. They lost both fixtures against Bayern Munich and one against Benfica. With a new manager and players, they may be able to improve their form in front of the goal. 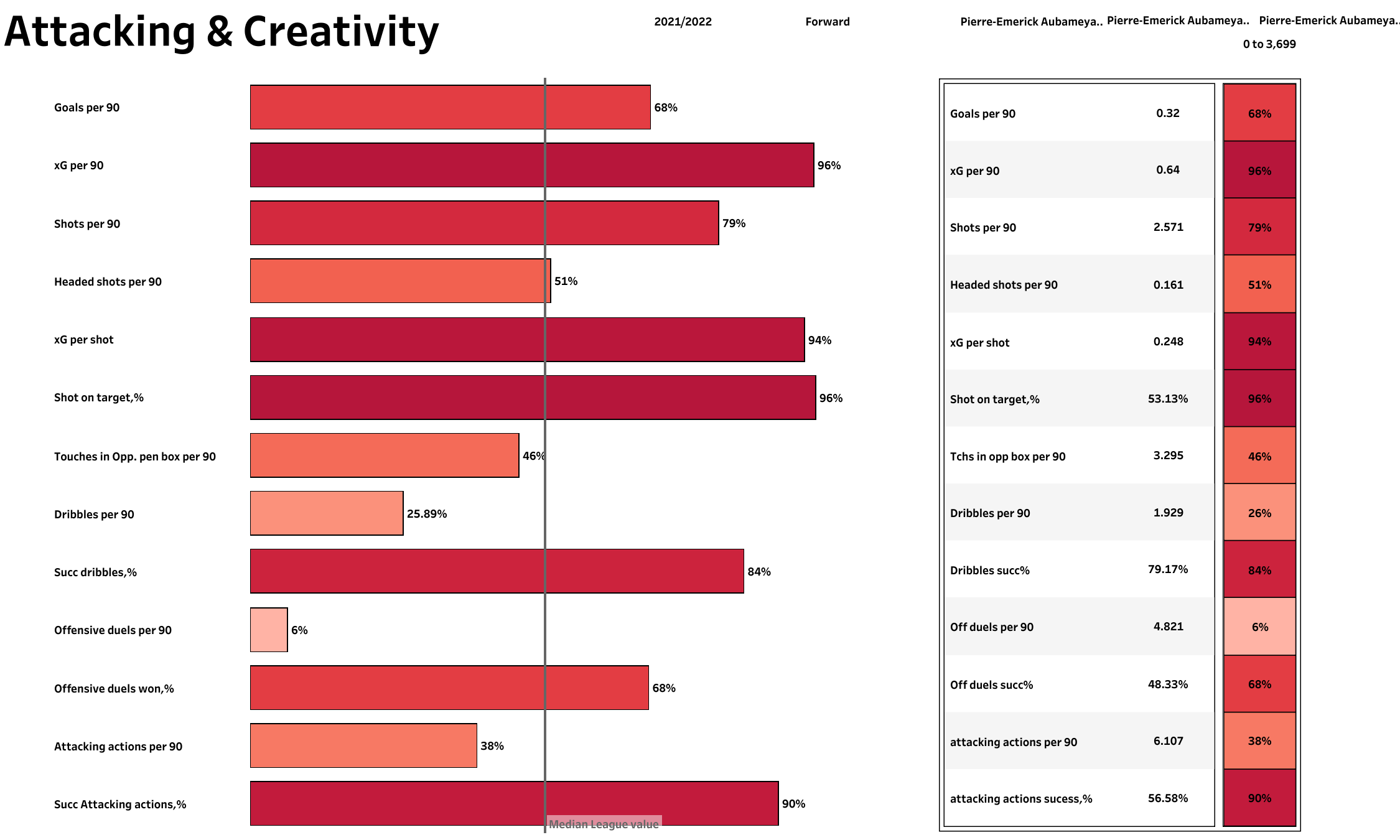 This season, Pierre Emrick-Aubameyang made 14 appearances for Arsenal. He recently fell out with his manager and hasn’t featured since the start of December. However, he had scored four goals and provided one assist. When compared to the other players in the league, Aubameyang has a high xG rate per 90 with a high shot accuracy rate. The player attempted 32 shots, and 17 of them were on target. He will be the main player to lead Barcelona’s attack and has a lot of experience behind him. 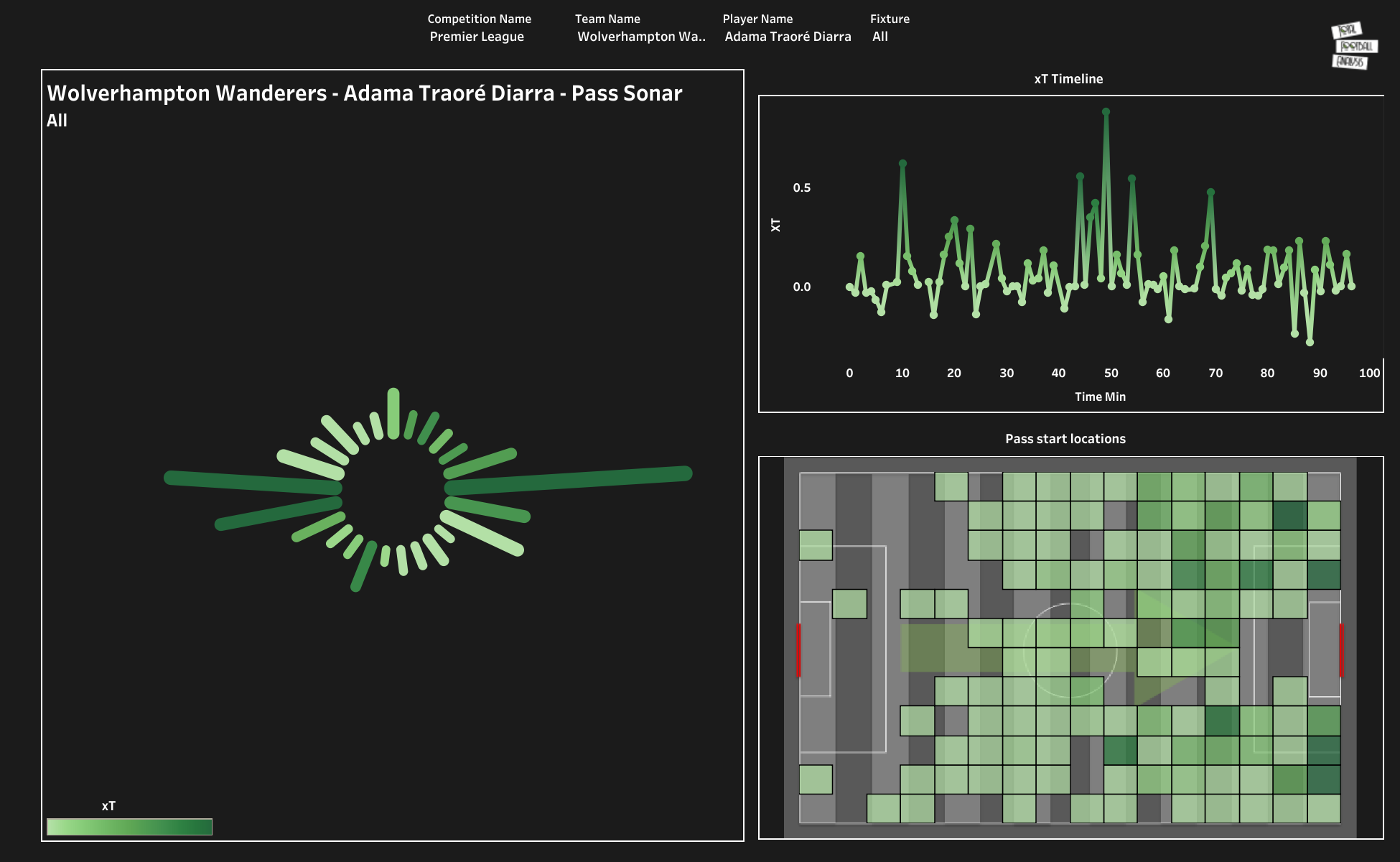 Adama Traore is another addition to the team. He made 20 appearances and scored one goal. The player is visible from the wings, as seen in the above image. Adama likes to dribble the ball and make runs inside the opposition’s penalty box. He attempted 160 dribbles in the Premier League. The pass start location map shows that he likes to go wide near the goal line and make full use of the pitch. The player will provide extra space on the wings. 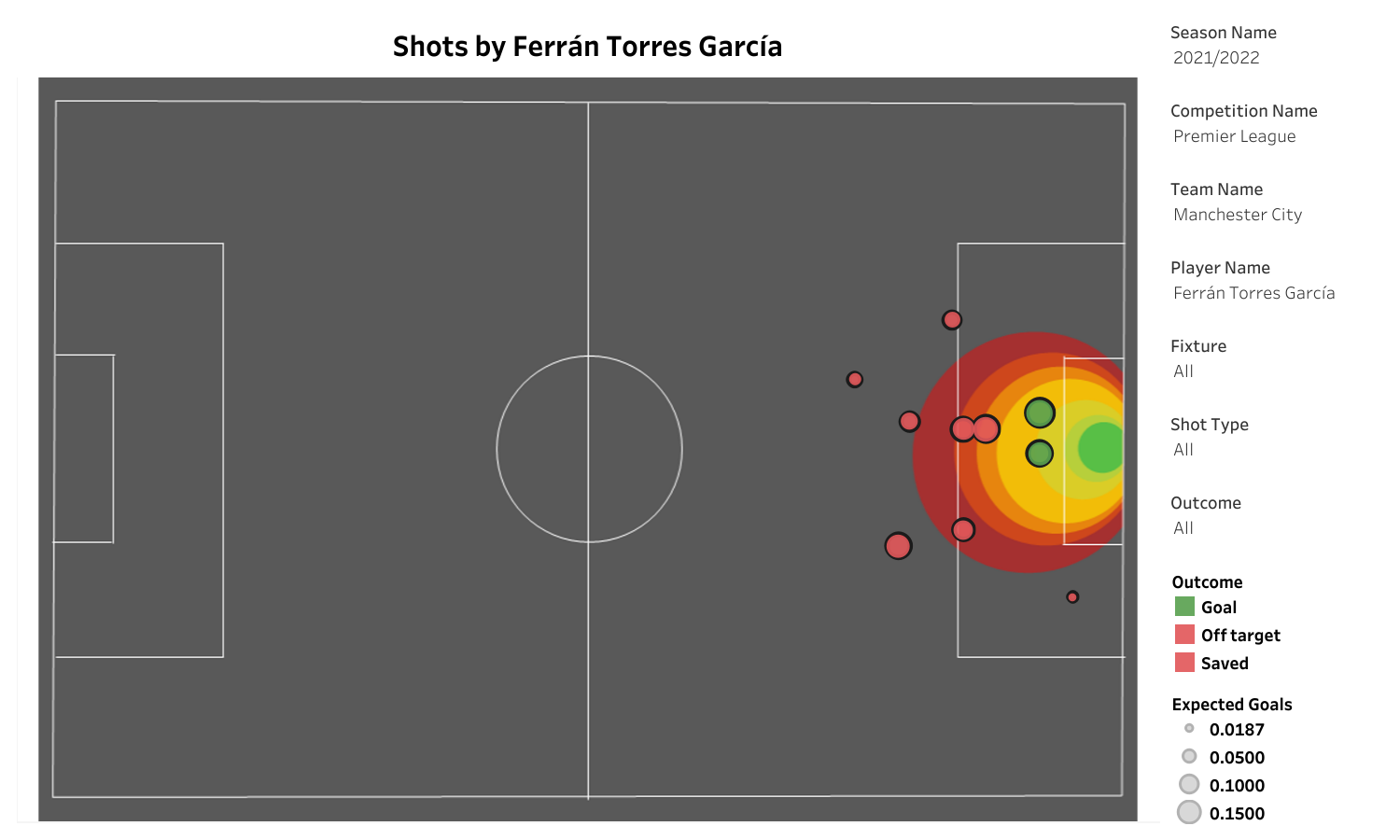 Ferran Torres started in four matches for Manchester City before getting injured. He scored two goals in four matches with an xG rate of 1.11. The player attempted ten shots with a 40% shot accuracy rate. He featured as a number nine for Pep Guardiola this season and had also played from the right in the previous season. His versatility is a great addition to the team.

Barcelona have signed experienced players along with some youth players. They have added width to their attack and brought in some pace to their attack. Aubameyang and Torres can play in the centre as well as in the wider positions. Traore has already played for the club, and his pace will be crucial in counterattacks. Xavi has increased his attacking options to challenge for the title.