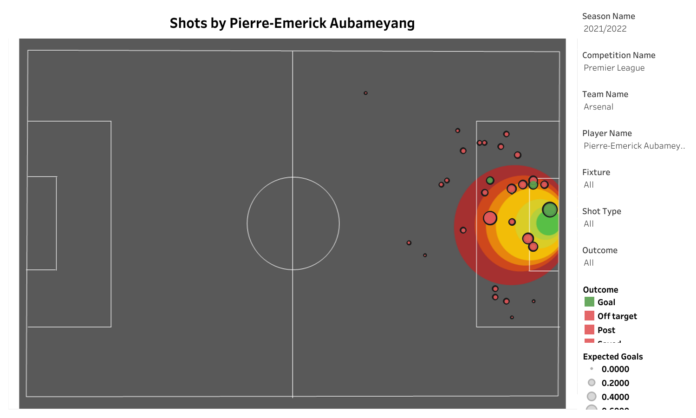 Pierre-Emrick Aubameyang has fallen out with Mikel Arteta, and the striker hasn’t featured for the Gunners for the past few matches. Barcelona, the Spanish club, have their own transfer issues and only a few options in attack. The Gabon international is likely to make a move away from the Emirates, and FC Barcelona could be one of the destinations for him. 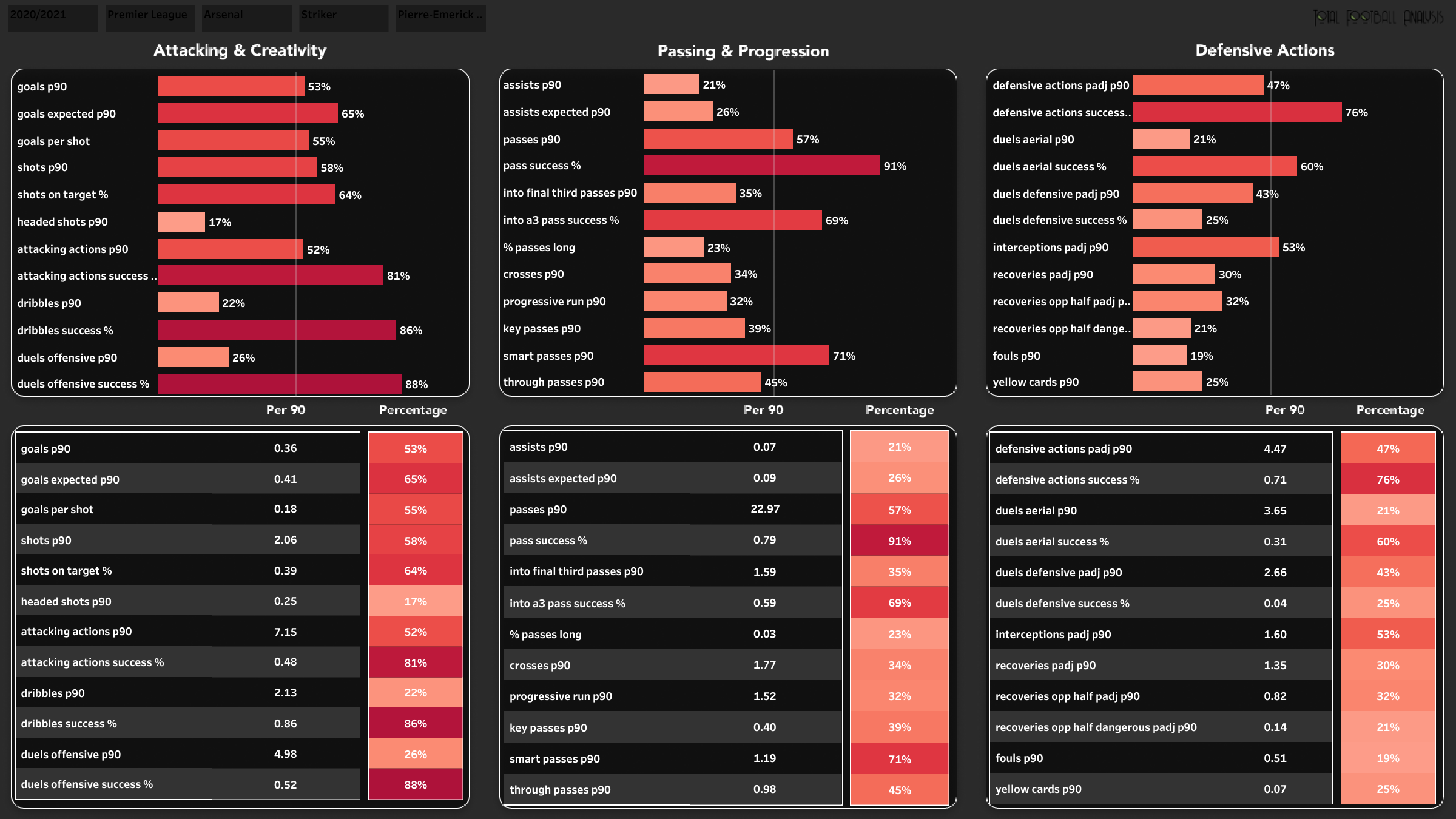 When looking at the above chart, the general rule is that the longer the bar, the better the performance – you can see the league average in the middle, and the % is the percentile rank the player is in.

The 32-year-old striker has featured in 14 Premier League games for the Gunners this season. He has scored four goals and averages 0.36 goals per 90. The overall expected goal rate this season for the striker is 7.95, and he averages 0.41 xG per 90. Aubameyang was the main threat for the Gunners towards the opposition goal. He has attempted 32 shots so far, and 17 of them have been on target. Aubameyang has performed better than the average and has a high attacking success rate, as well as an offensive duels win rate. 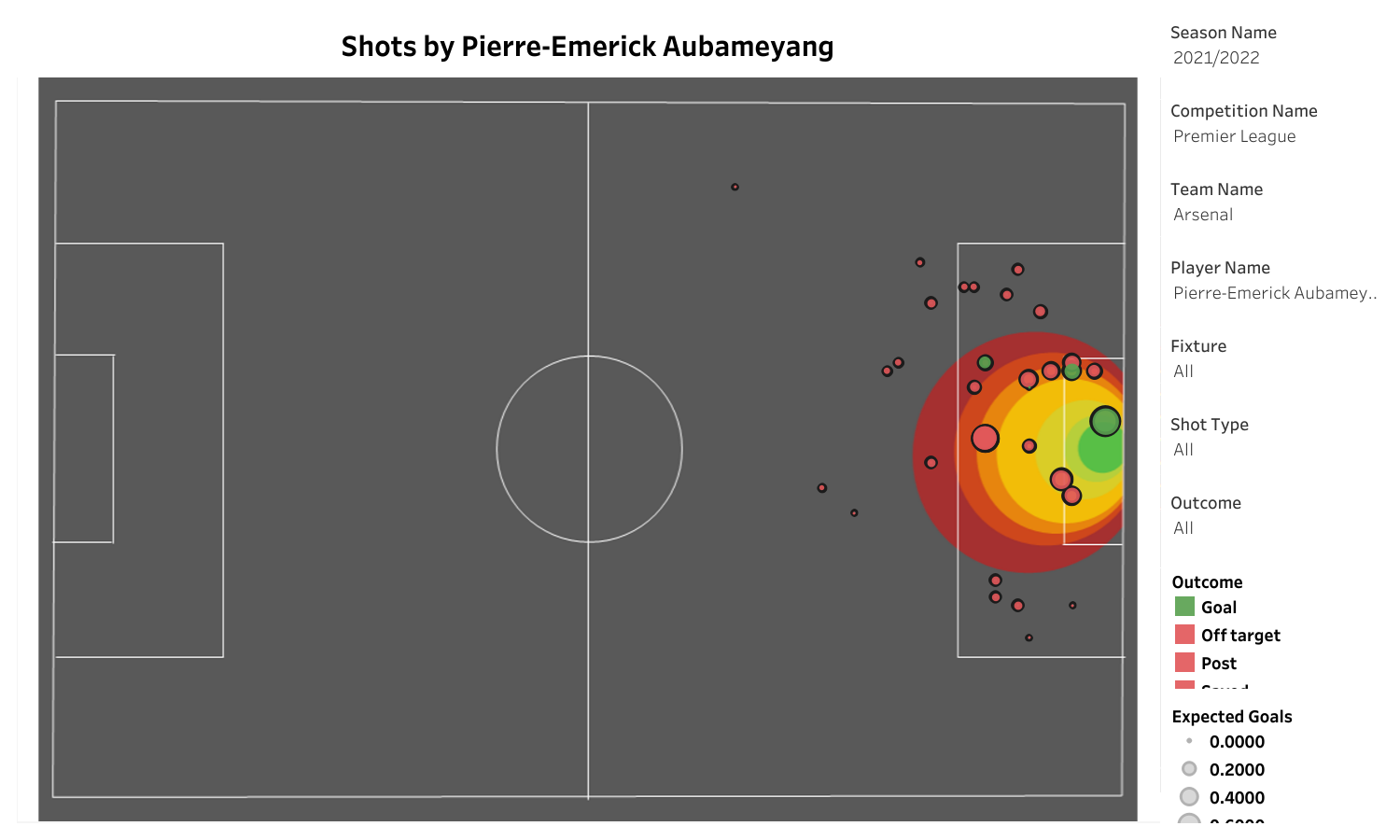 Last season Aubameyang featured in 29 league games for the Gunners. He scored ten goals and provided three assists. The Gunners had a disappointing season last time and finished eighth. In the 2019-20 season, Aubameyang scored 22 goals in 36 league games. 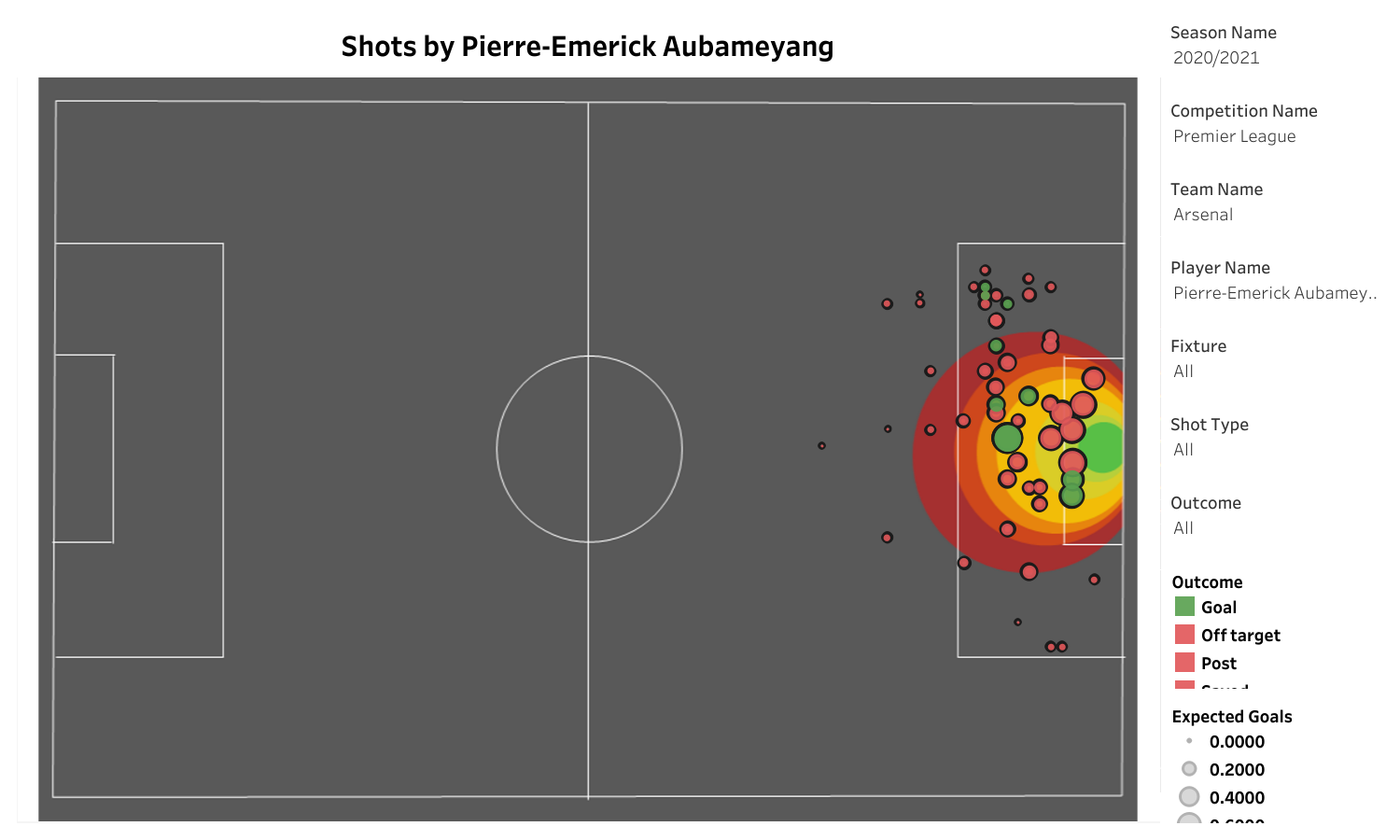 Pierre-Emrick Aubameyang has a lot of experience playing in the top division. He has played a lot of games in Ligue 1, the Bundesliga, and the English Premier League. He has also featured in the UEFA Champions League as well as in the UEFA Europa League. The striker could be a good addition to the team, and his experience could bring some goals for Barcelona.

Four players Quique Setién could sign in the summer

How kind as the Champions League draw been to Barcelona this...