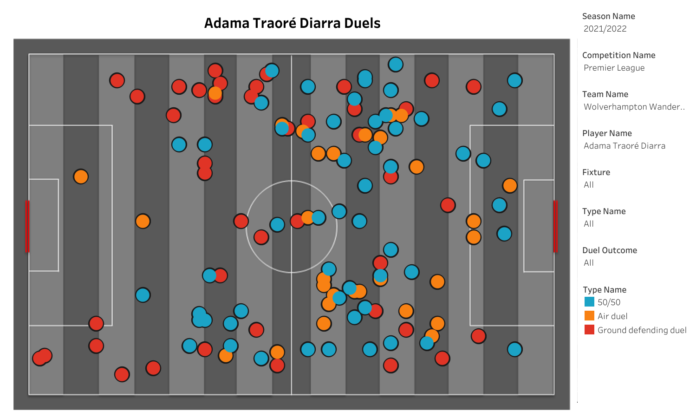 Adama Traore left Barcelona at the age of 19 in search of regular first-team football. He joined English club Aston Villa with a buy-back clause and is now playing for Wolverhampton Wanderers. His recent performances have impressed many clubs, and he is on their transfer wishlist. Barcelona’s winger, Ousmane Dembele, is in the last year of his contract and hasn’t signed a new deal. Barcelona will be looking for enforcement in the current window or in the summer to improve their attack. Traore has shown a lot of improvement lately, and his former club could target him in the transfer window. 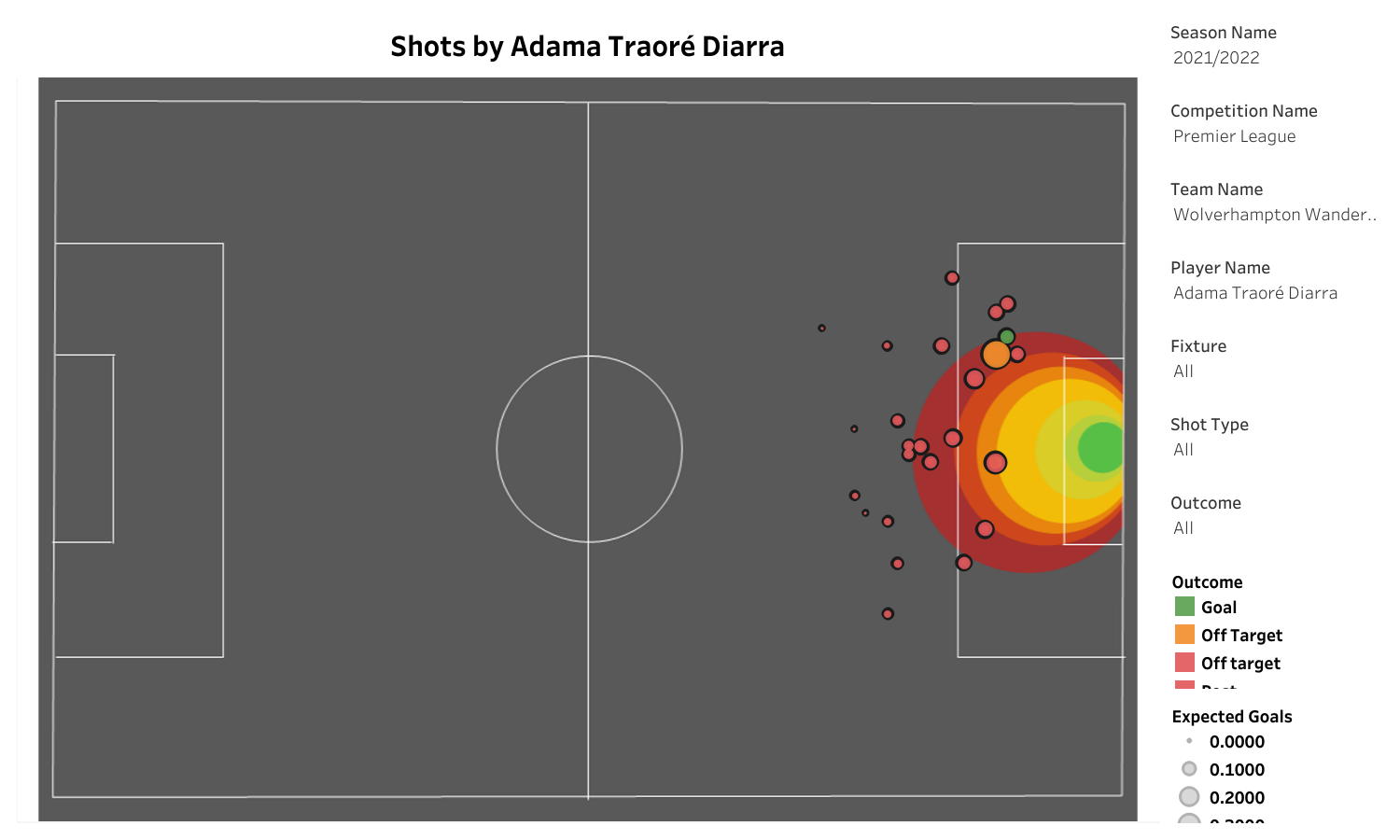 The Wolves winger has featured in 20 Premier League games and started in ten of them. Traore recently opened his goal-scoring account against Southampton. The Spanish international player has attempted 25 shots with a 20% shot accuracy rate. A total of 11 shots have been attempted from inside the penalty box, and the expected goal rate is 1.96. 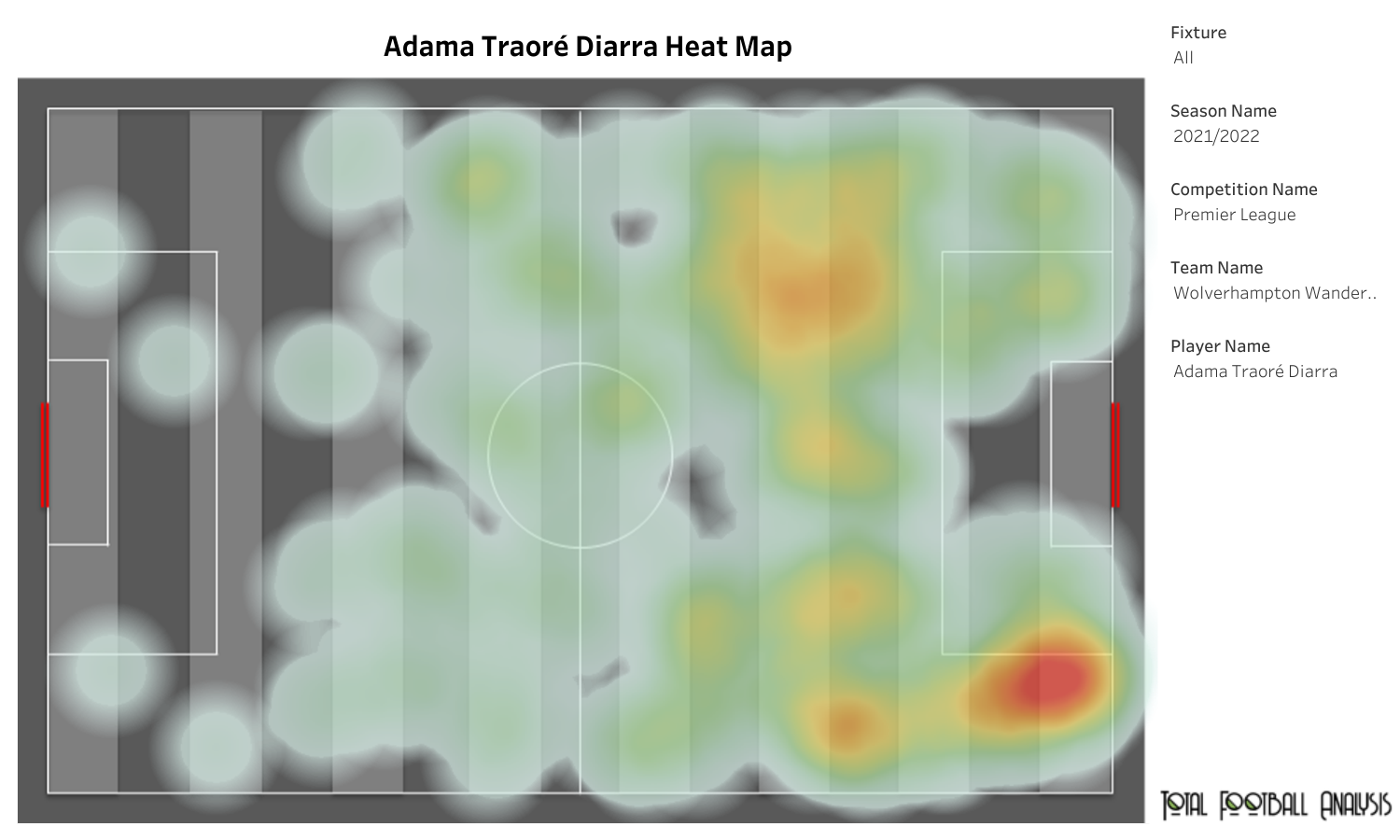 The above viz is the heatmap of Traore this season. He has covered the entire pitch and has featured on both sides of the wing. From the heatmap, it can be observed that Traore goes wide when he plays down the right-hand side, and he likes to cut inside when he plays from the left side. Adama Traore has taken 37 touches inside the opposition penalty box. 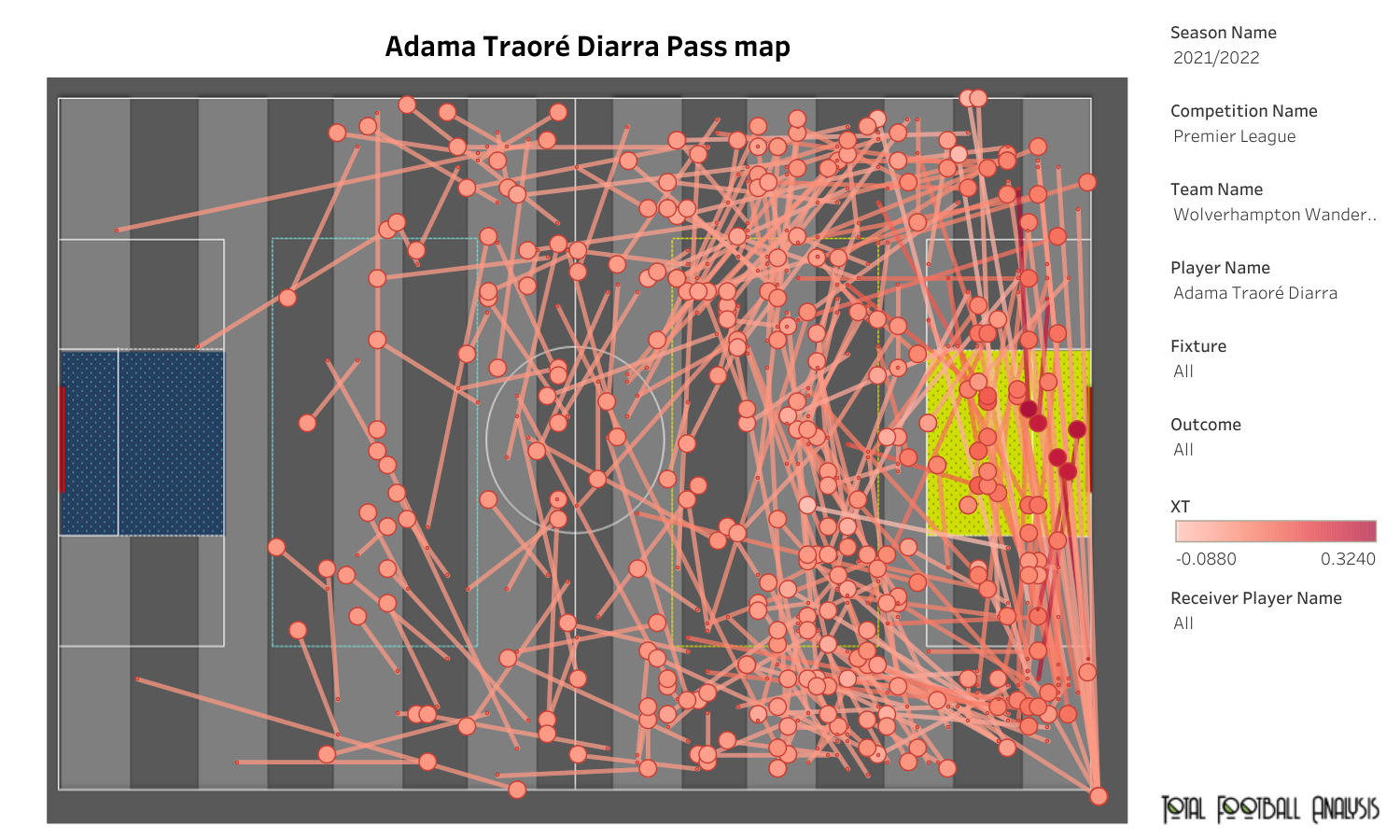 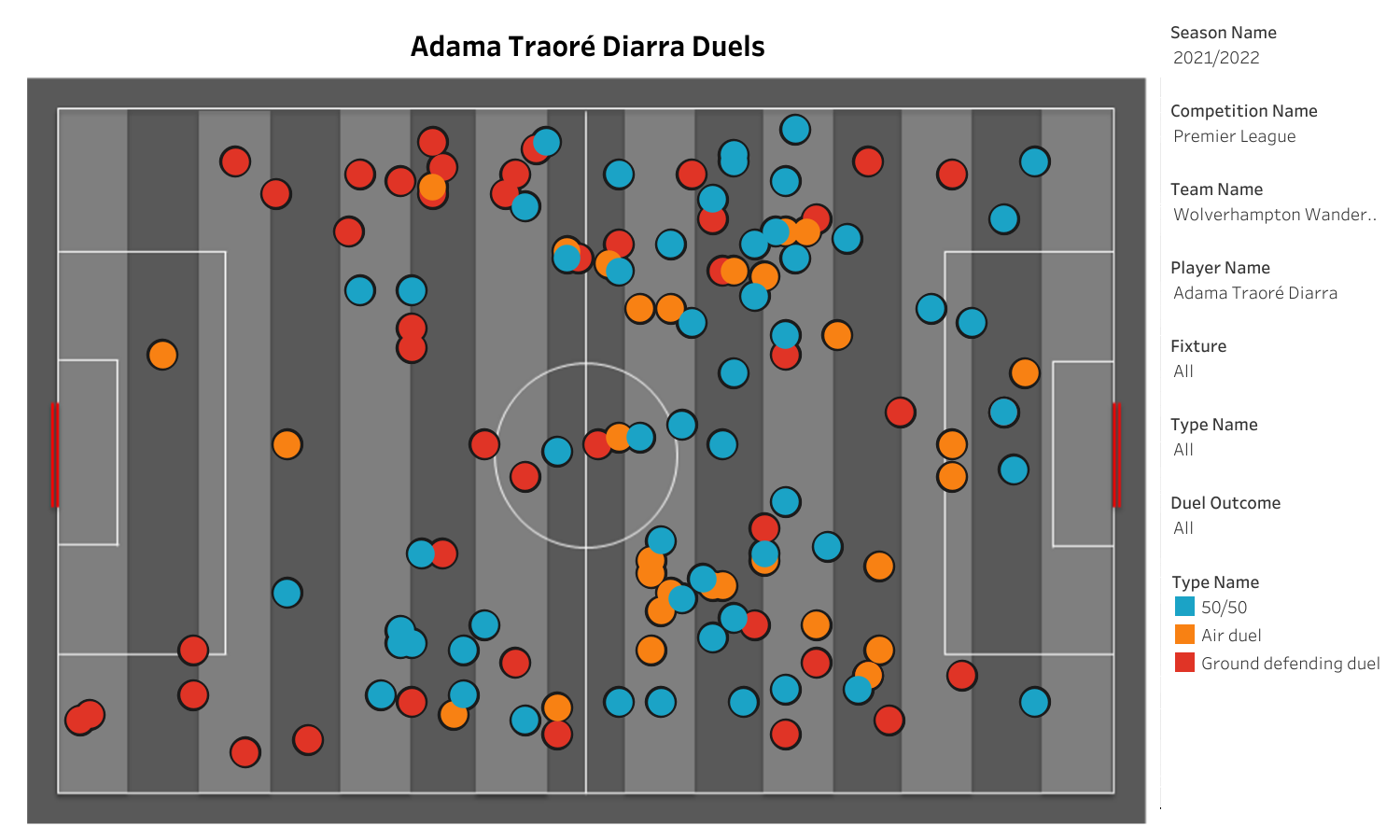 Adama Traore has contributed a lot towards the defensive side this season. The above viz shows that most of the duels contested by the player have been loose ball duels or 50-50 duels. The winger has also done a lot of tracking back for the team and contested a few duels inside his half. Traore has also made 11 interceptions so far.

Adama Traore possesses a lot of threats going forward and has also contributed towards the defensive side this season. His performances have earned him a national team call-up. Tottenham Hotspur is keen on buying him from Wolves. Traore can save a lot of money for Barcelona with their current financial situation. They could go in for the winger in this transfer window or the summer window.

A good profit: Why Barcelona could be forced to sell summer...

It’s Never Too Late For An Equaliser: Barça B fight until...

Has Vidal been the right replacement for Paulinho at Barcelona?