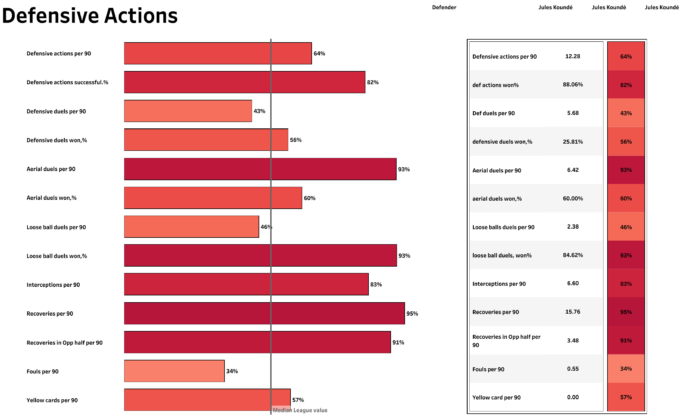 Xavi has been one of the active managers in the summer transfer window. Since taking over the managerial position at Barcelona, the former World Cup winner has focused his attention on making some changes to the squad. Barcelona were a bit disappointing last season before Xavi took charge of the team. He helped them to a second-place finish in the league table, and this time, they will be aiming for silverware. Xavi has strengthened the attack as well as the defence of Barcelona. His most recent signing was French centre-back Jules Kounde from Sevilla. He was a long-term priority for the Spanish club, and now, Barcelona have a settled defence.

Barcelona play in a 4-3-3 formation, and Xavi has stuck to the same gameplan since taking charge. His centre-back options for the season include veteran defender Gerard Piqué, Ronald Araújo, Eric García, and two new signings, Andreas Christensen and Jules Kounde. Jordi Alba is likely to feature as the left-back, and Sergiño Dest and Sergio Roberto are the two right-back options. They are on the hunt for a left-back and might sign one before the end of the transfer window. 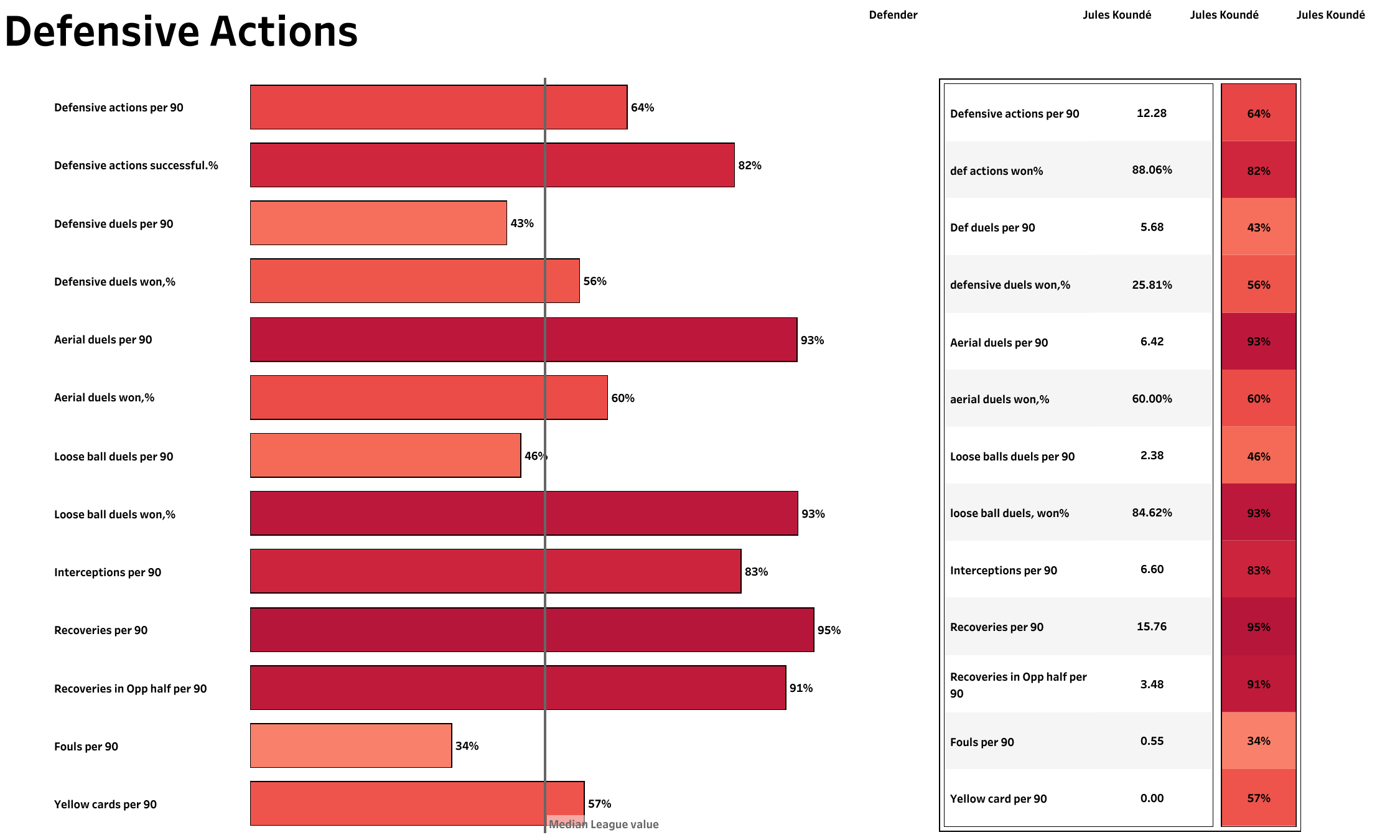 Kounde was the latest addition to the Barcelona defence. The above viz shows the defensive stats of the player in the five games he played in the UEFA Champions League. When looking at the above chart, the general rule is that the longer the bar, the better the performance — you can see the league average in the middle, and the % is the percentile rank the player is in. We can observe that the defender is a threat in the air and can also win the loose balls easily. Other than this, he also averaged more than six interceptions and 15 recoveries per 90 minutes. He will be the defensive commander for the Spanish club. 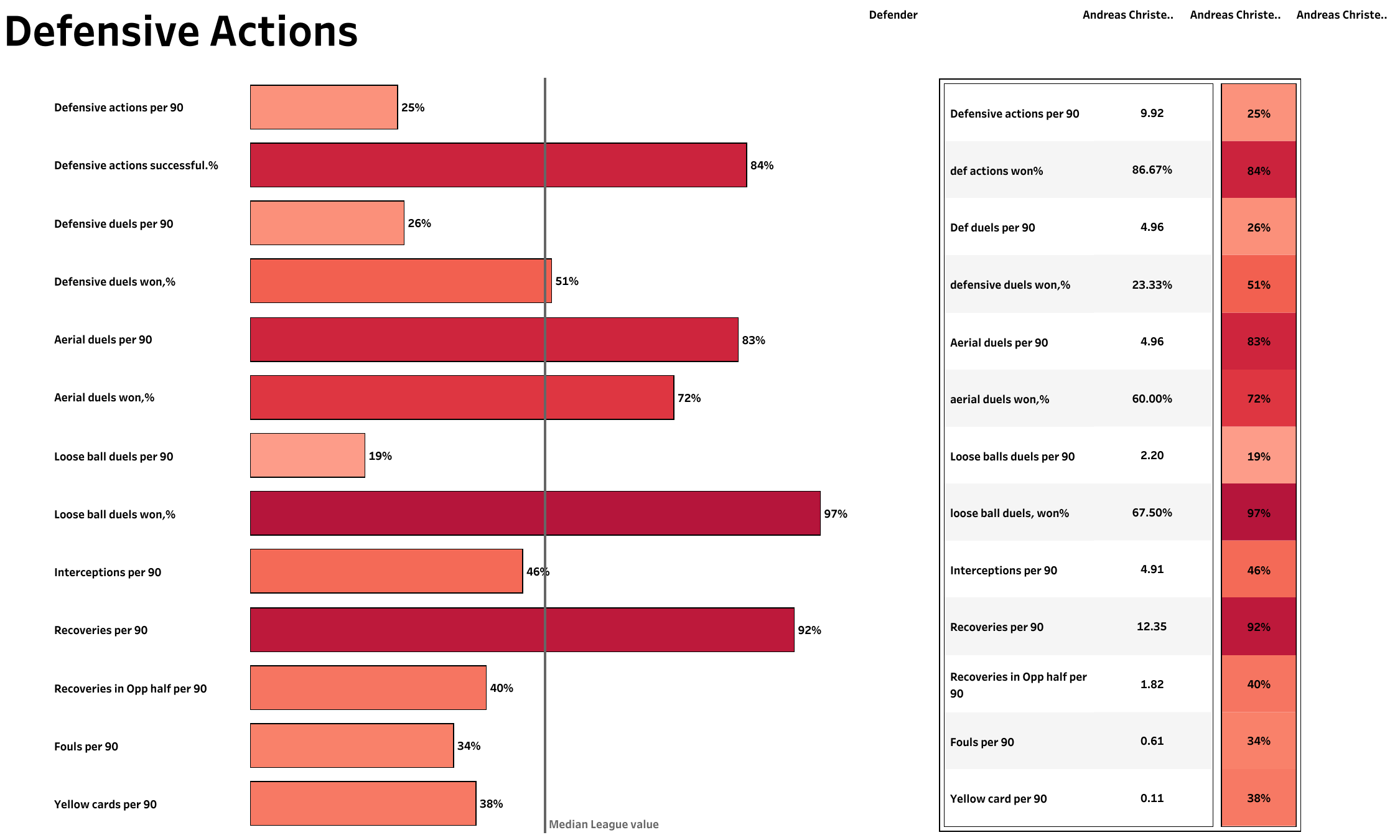 Christensen will be another quality player in the mix for Barcelona. He is a quality passer of the ball and can also defend loose balls and aerial passes. The above viz shows that Christensen also had a high recovery rate in last season’s UEFA Champions League campaign. His defensive action success rate was also high.

The other centre-backs were decent last season, with Araújo being the most versatile of them. He played as a right-back on a few occasions, and this shows that he will be a key member of the defence. Piqué could be benched in some of the matches due to his age factor and reduction in pace. García will always remain on the hunt for a start. 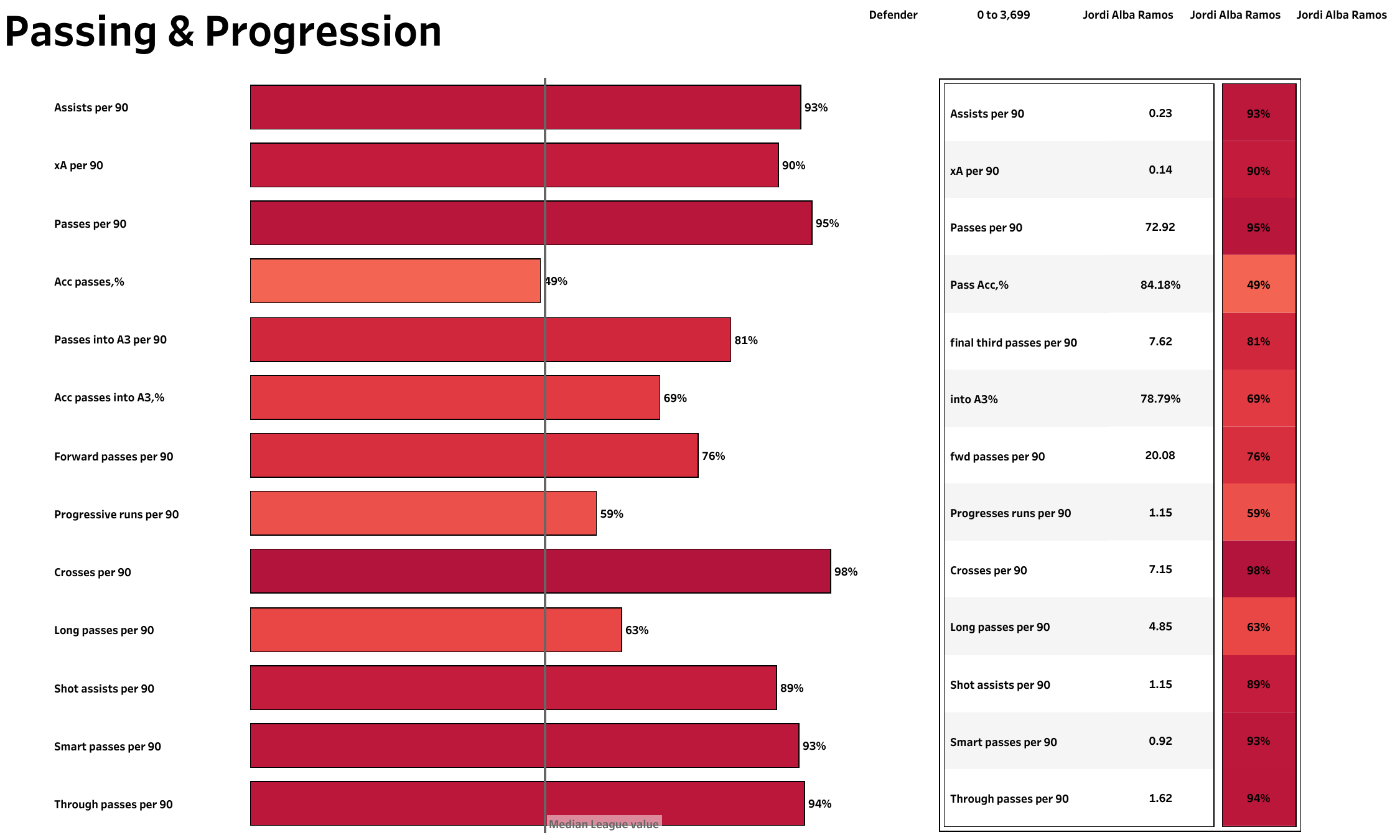 For Barcelona, Alba will always carry a lot of threats from the left side. He is an experienced full-back who has made a lot of attacking contributions throughout his career. The above viz shows the passing stats of the player from the UEFA Champions League campaign last season. Alba averaged seven crosses per 90 minutes and attempted more than seven passes into the attacking third. He will look to contribute more next season.

Barcelona have a good defence that could help them to win a championship next season. Xavi will hope that he can find the right combination and rotate these players to give enough rest to each of them.

Under the microscope: What could Andreas Christensen offer Barcelona’s back-line?