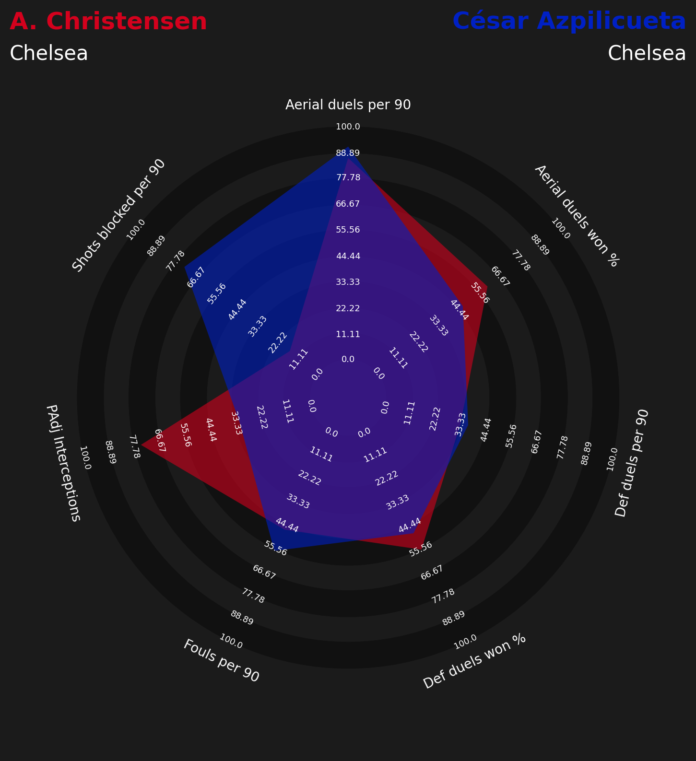 FC Barcelona have been active in the winter transfer window and have already made a signing in the form of Ferran Torres to reshape their squad for the next season. Xavi wants to bring more players who suit their game style and bring some more experience into the team. The Catalan Giants are behind Chelsea’s defensive duo of Andreas Christensen and Cesar Azpilicueta, who are out of contract in the summer. Xavi has played with Azpilicueta and is a great admirer of the defender.

Cesar Azpilicueta has featured in all the six Champions League group stage matches for Chelsea this season. Christensen, on the other hand, has featured in five matches. The Danish international player has scored a goal and has an assist to his name. Both these players have impressed with their passing and Barcelona-like ball-playing midfielders. 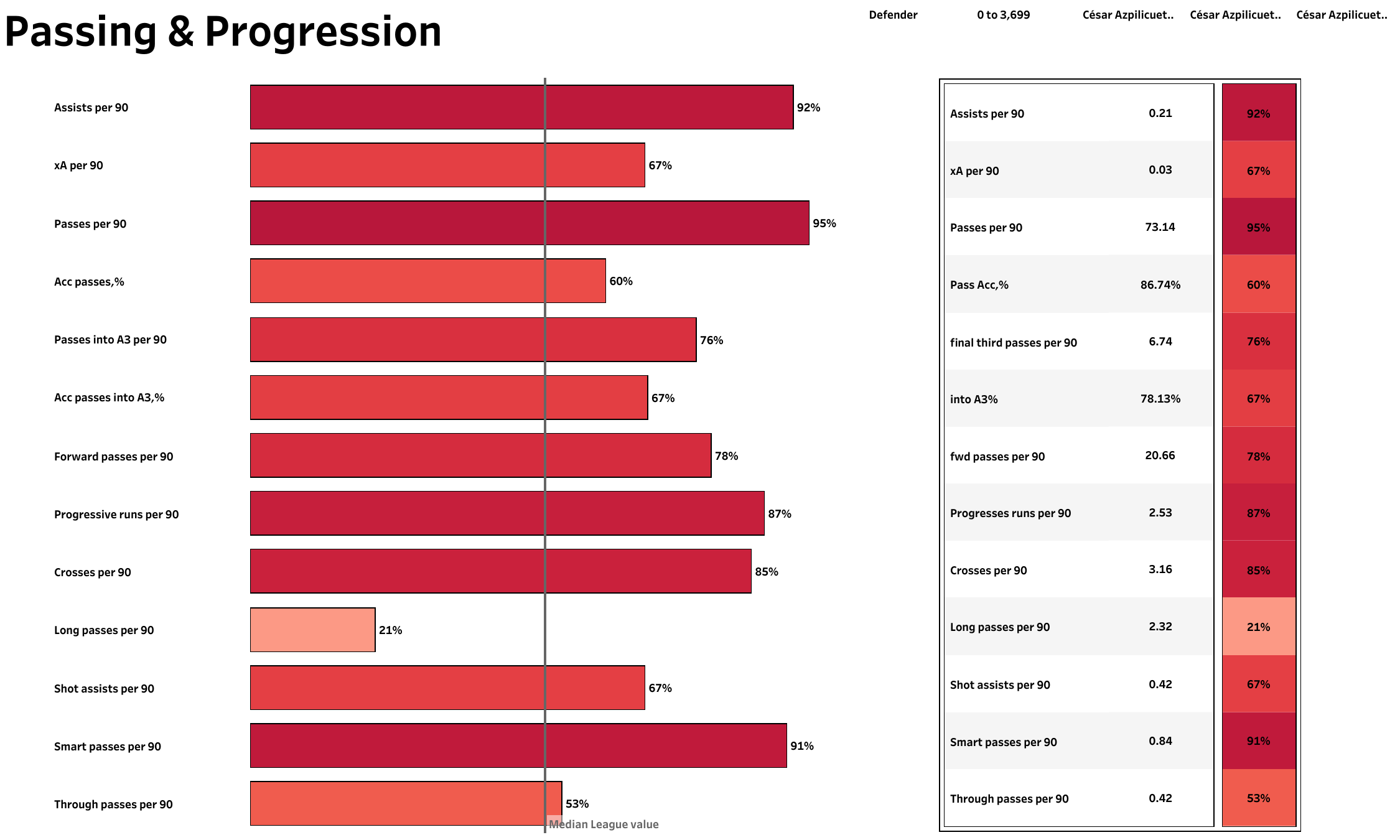 When looking at the above chart, the general rule is that the longer the bar, the better the performance – you can see the league average in the middle, and the % is the percentile rank the player is in. Azpilicueta has provided an assist in the first group stage match against Zenit St. Petersburg. The player averages more than 73 passes per 90 with an 86.74% pass accuracy rate. He has been an active crosser of the ball and mostly plays in the wing-back position. 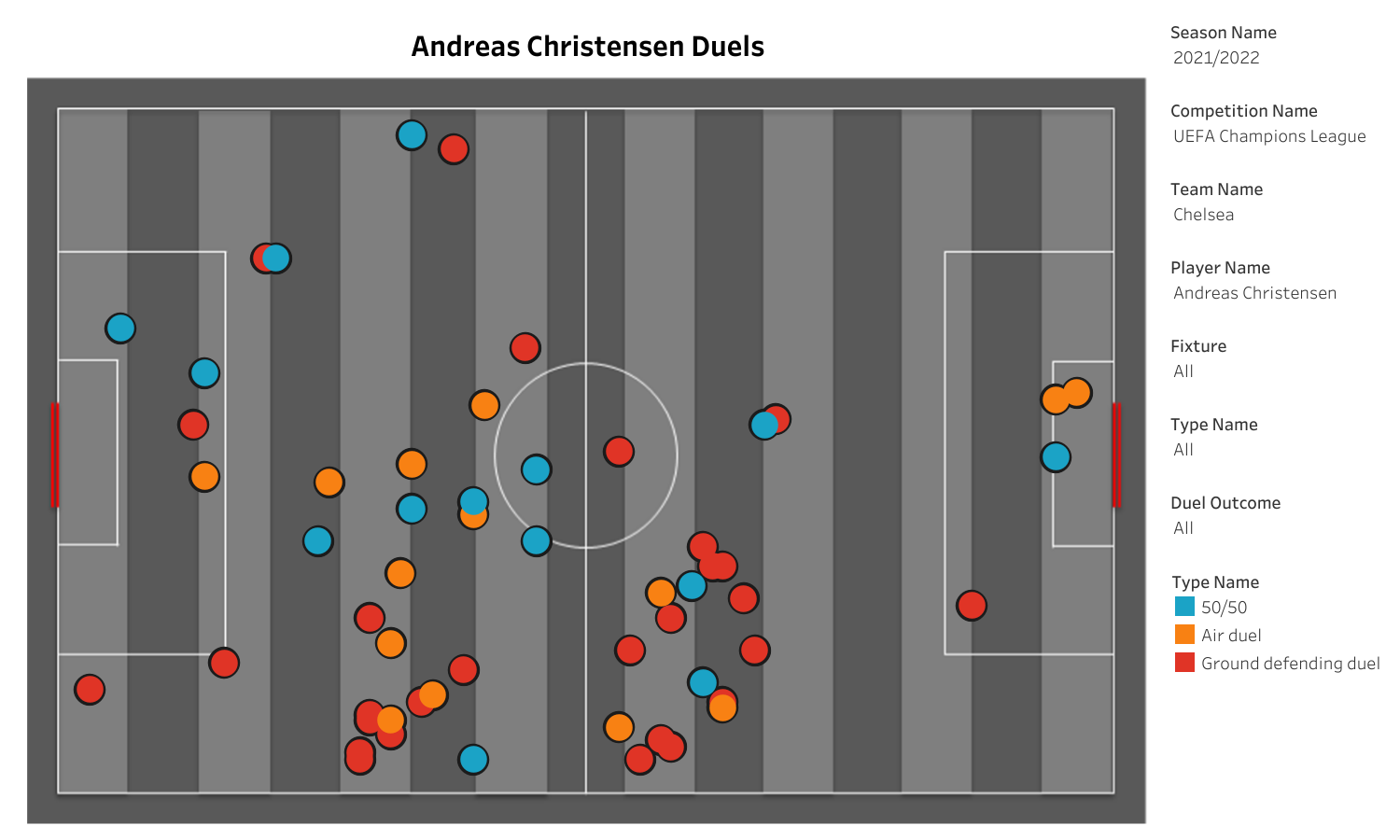 Andreas Christensen has also been an active passer of the ball for the Blues. He averaged more than 82 passes per 90 in the group stage with a very high passing accuracy rate of 95.45%. The Dane provided an assist in the last game played against Zenit. From the above viz, we can observe that Christensen has featured from the right side of the back three. Most of the duels have been contested in the middle third. 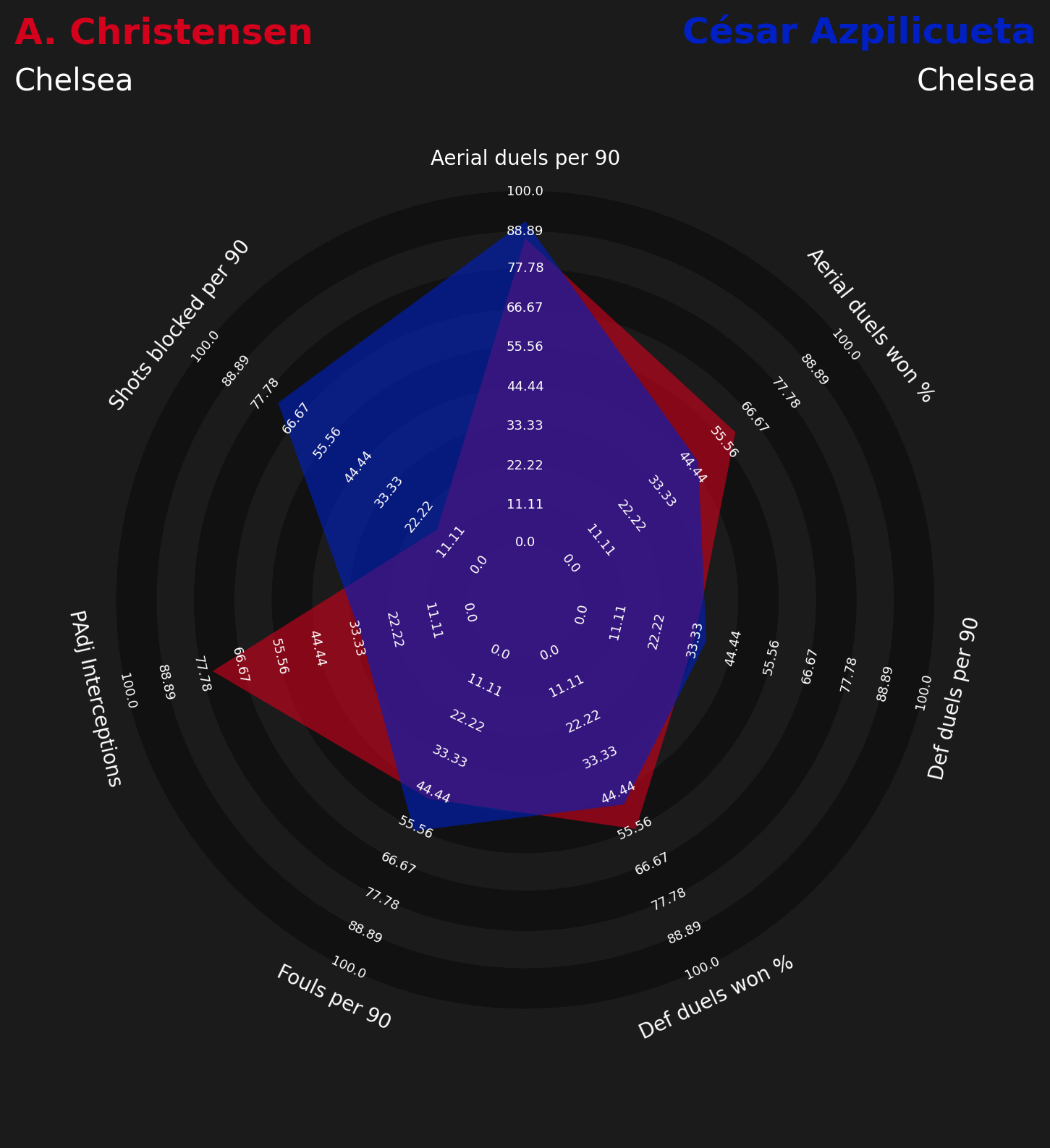 The above viz compares the stats of both these players in the English Premier League. Andreas Christensen has made 13 league appearances, and his teammate has two appearances more than him. The Spaniard has blocked more shots and has contested more aerial duels. Christensen has made more interceptions and has a high duels win percentage. Both these players have been impressive in their respective positions.

Cesar Azpilicueta can play in the centre-back, full-back, and wing-back positions. There are rumors that Xavi wants to sell Sergiño Dest, and that will leave them with only Dani Alves and Sergi Roberto in that position. Andreas Christensen has also gained plenty of experience as he is regularly playing first-team football for the past few years. The 25-year-old could offer a lot to the team in the future. The club will be closely monitoring their situation at Chelsea.

There Will Be No Repeat of La Remontada

No Messi, no problem: Barcelona cruise past Inter in a dominant...