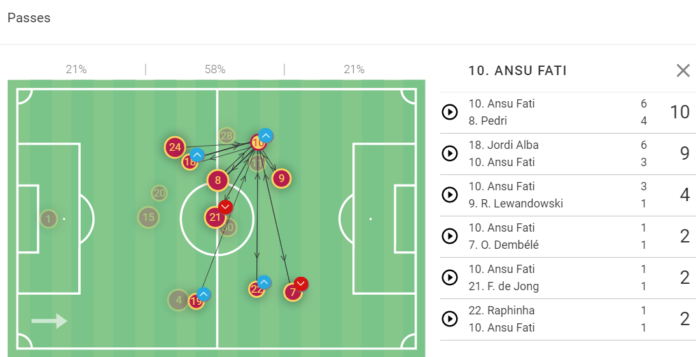 Ansu Fati signed his first professional contract with Barcelona in the 2019-20 season. He had already spent seven years with Barcelona and was listed as one of the top upcoming talents. He established himself in his first season by making 33 appearances in all competitions and scoring eight goals. The following two seasons didn’t go according to his plans. Injuries shortened his playing time, and he only made 26 appearances for the club. Last season, he returned after a nine-month absence and was honoured with the number ten jersey, which had previously been worn by the club legend, Lionel Messi. Now, the 19-year-old is fully fit and is a key member of the squad. His versatility in attack is one of the major reasons behind his success. The youngster has once again started well this season and some of the stats from the previous games show why he could become a game changer for Xavi’s team. 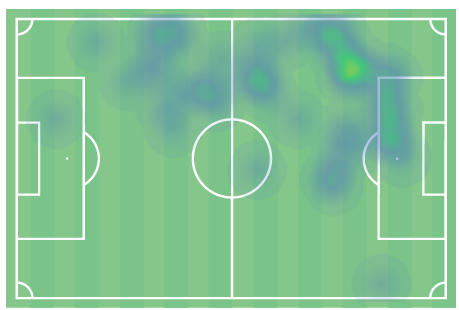 Fati has made two appearances in the LaLiga for Barcelona this season. Both appearances came off the bench, and the youngster has spent 69 minutes on the pitch. In those 69 minutes, he scored a goal and provided two assists. These three goal contributions came in the previous match against Real Sociedad. He was a super sub for Barcelona and helped his side earn their first win of the season. The above viz shows the heat map of Fati, and we can observe that Xavi has used him on the left side. 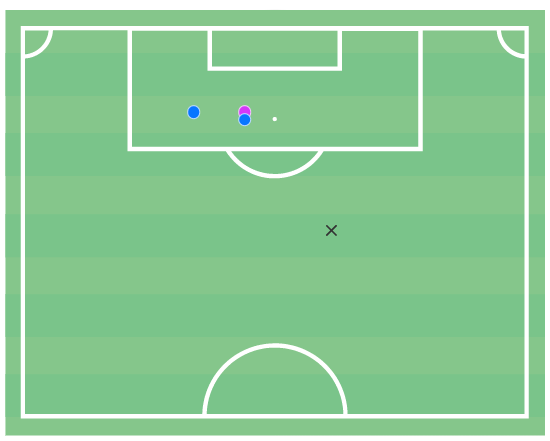 In both these matches, Fati attempted two shots each and only missed the target once. The only off-target shot was attempted from outside the penalty box. His overall xG is 0.76. If we look at the average shots per 90, then Fati averages more than five shots. This shows that if the youngster is given a chance from the start, he can trouble the opposition goalkeeper on more occasions. 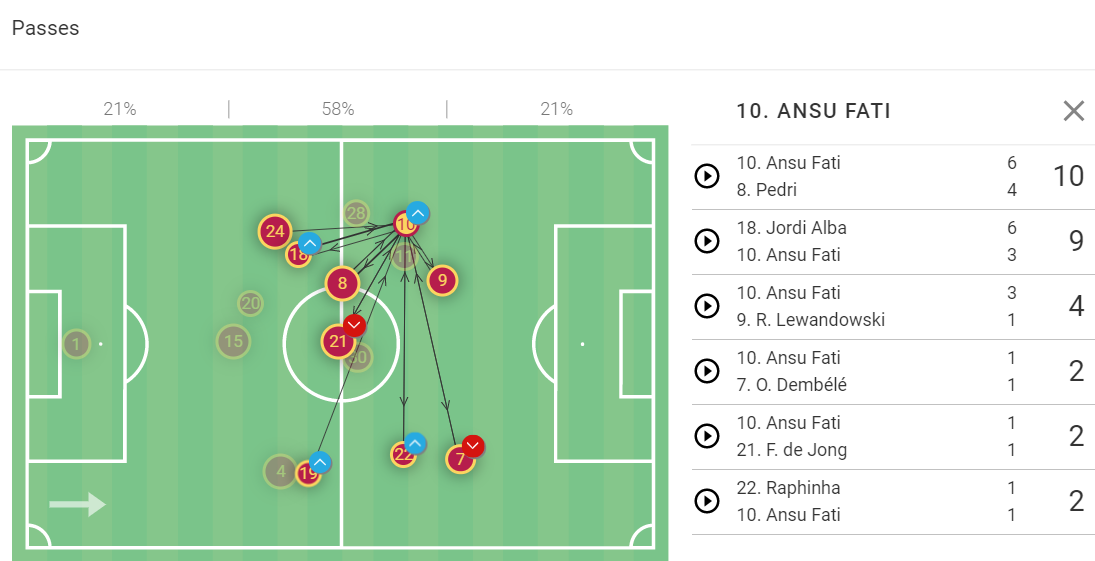 Fati’s two assists in the last game show why Barcelona have given him the number ten jersey. He is following in the footsteps of Lionel Messi and creating regular chances for his teammates. Overall, the youngster has attempted 30 passes with a 77% accuracy rate. Most of these passes have been simple passes. The above viz shows that Fati has been direct with his passing and is constantly looking for forward players to create a one-touch play with them. 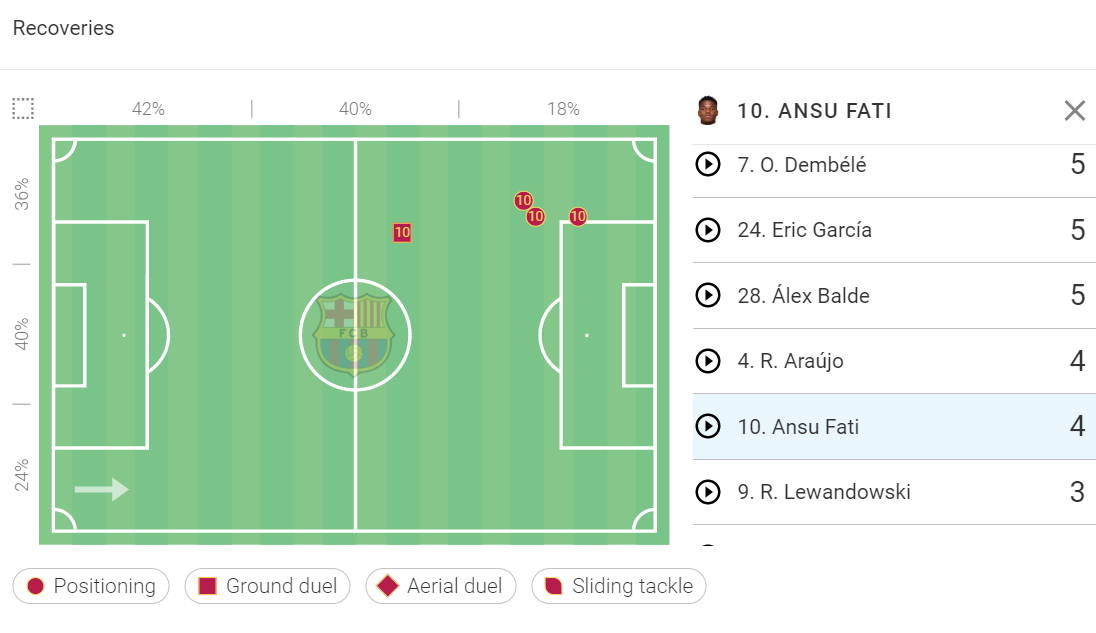 Fati’s contributions don’t end here. He has won the ball in crucial areas, and that has allowed his team to keep the attacking momentum. The 19-year-old made four crucial interceptions and five recoveries. All these recoveries have been made inside the opposition’s half, with four coming in the last match.

Fati will be eager to earn his first start this season. Ousmane Dembélé has been a regular in the last two games. Xavi started with Raphinha and Ferran Torres on the opposite wings. His starting XI has failed to make much of an impression in these games, and he might make some changes for the next match. Ansu Fati is one of the names that could be seen on the starting sheet for the next match and in the following matches. He has a bright future at the club.