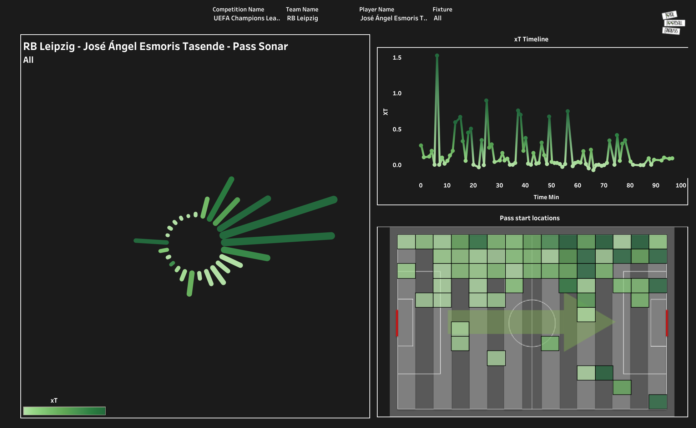 Barcelona have come to life under new coach Xavi, a former player. The Spanish club have shown consistency since Xavi’s appointment and have moved up the domestic league. This has almost guaranteed them a spot in the UEFA Champions League next season. The Spanish club is also looking for some of the players who could take them to newer heights. One spot that Barcelona is looking to strengthen is their left-back position. With Jordi Alba aging, the Catalan side is targeting a few options, and one of them is RB Leipzig’s left-back, Angelino. The former Manchester City man made a permanent move to the German club this season and has a lot of attacking potential.

Angelino is a versatile player who can play as a left-back, a wing-back, or as a left midfielder for his side. He played a great role in his side’s third-place finish in this season’s UEFA Champions League group stage table. RB Leipzig were drawn with the likes of Manchester City, PSG, and Club Brugge. Angelino provided three assists in the five appearances he made and was always a threat going forward. 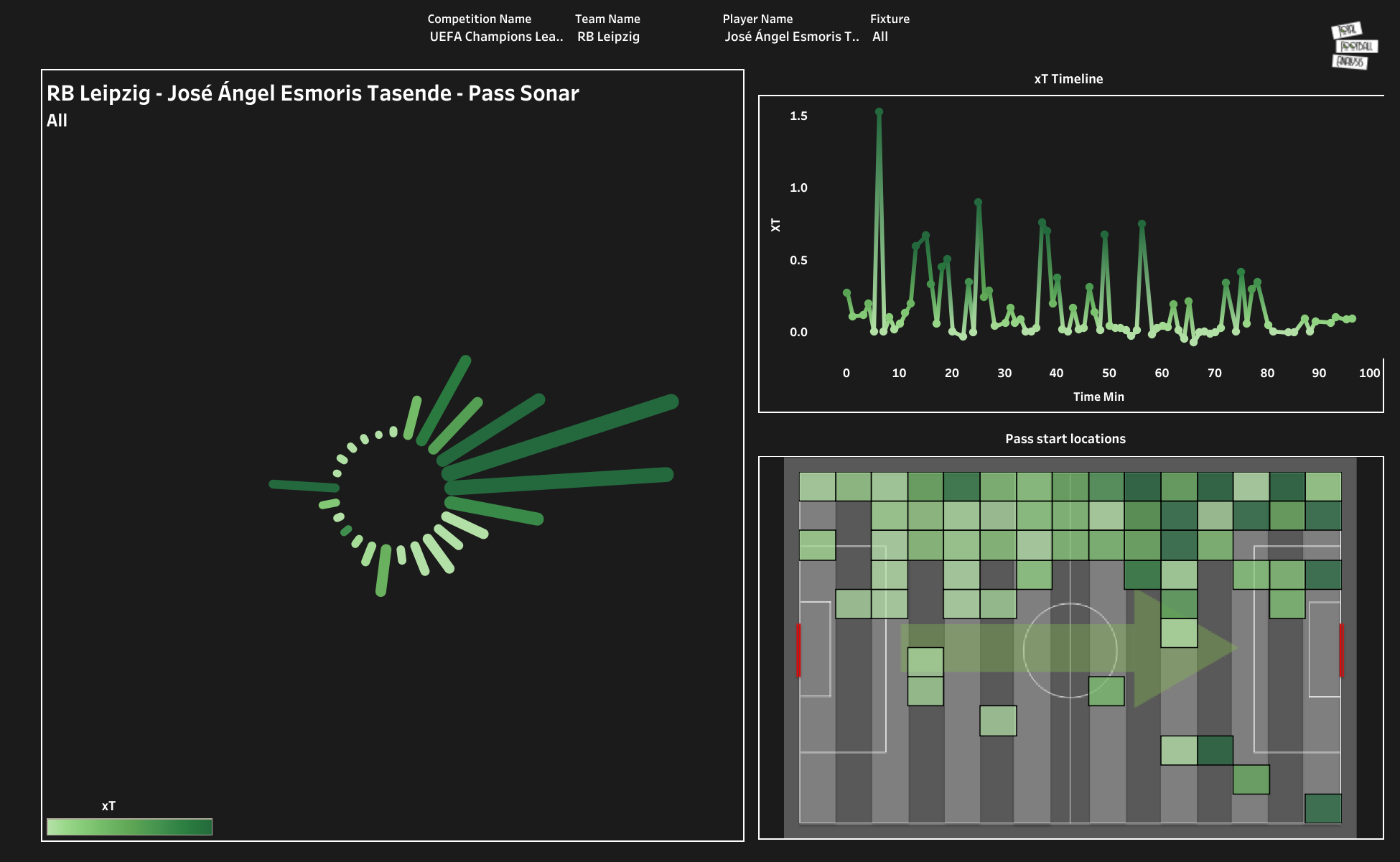 Angelino attempted 187 passes in the five matches he played in the Champions League. The above viz shows the pass starting location of the 25-year-old Spanish player. He likes to stay wide towards the left side and makes full use of the wide line. The xT timeline shows that he has created a lot of threats towards the start of the match. He has created more threats in the first half compared to the second half. The 187 passes attempted by him include 26 crosses, 40 long passes, five smart passes, and ten through passes. He provided two assists in the same match against PSG, and one assist was against Club Brugge. 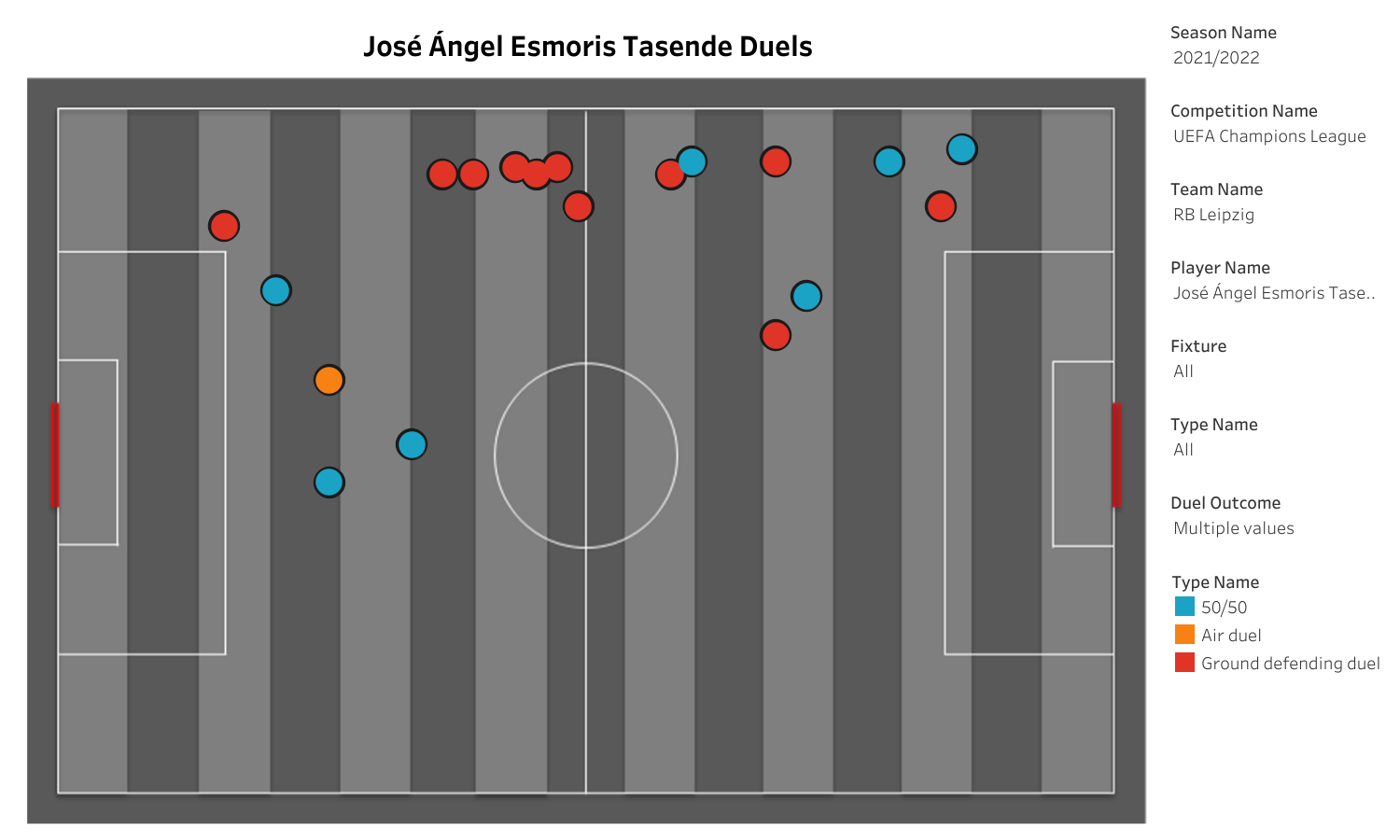 The above viz shows all the duels that either ended in neutral results or were won by the player. Angelino has won most of his duels in the middle third. These include 11 defensive duels, seven loose ball (50/50) duels, and one aerial duel. 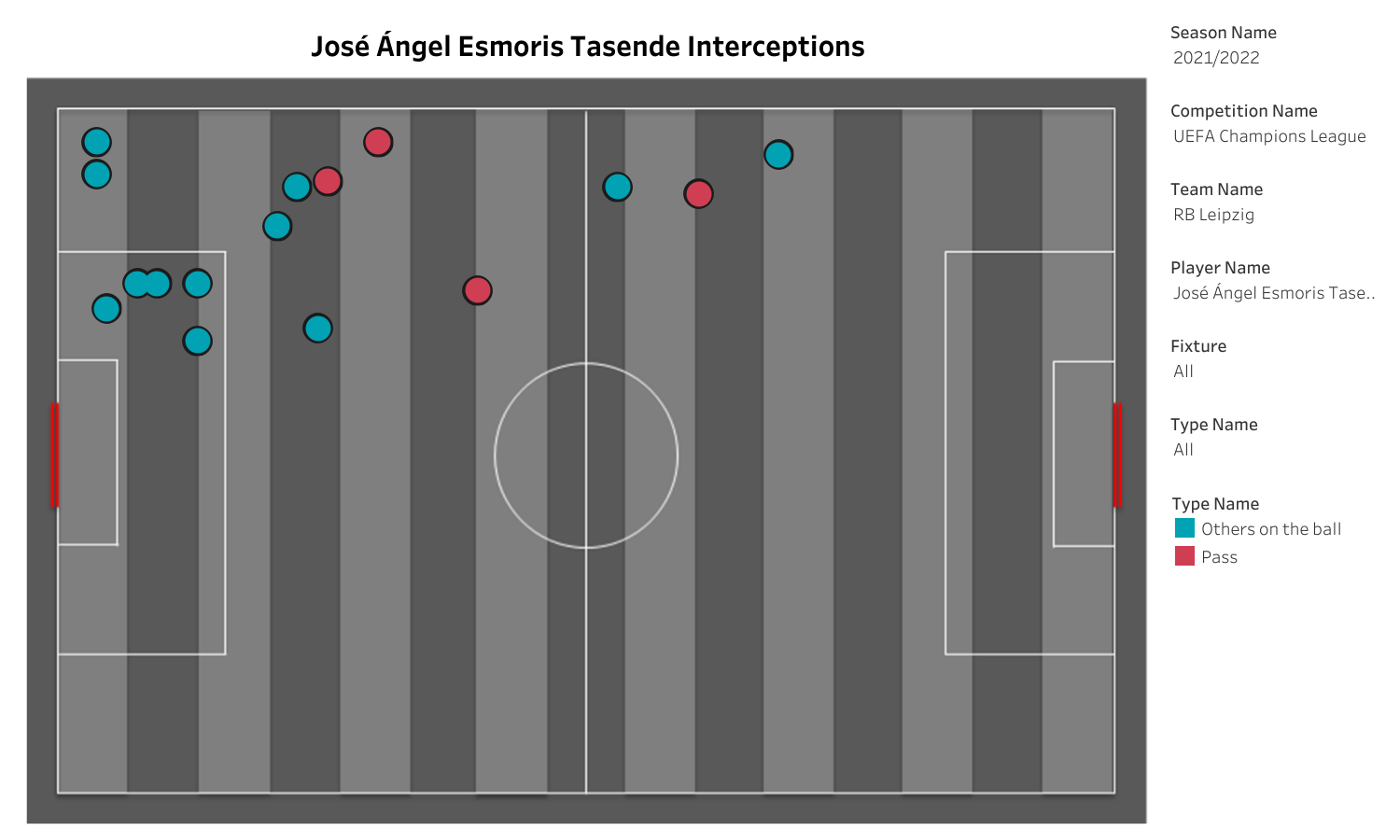 Angelino has always created attacking threats whenever he steps on the pitch. The Spanish player likes to go forward and has the potential to score goals. He is one of the few left-backs who is linked with a move to Barcelona. The Spanish club will look to sign the best replacement for Jordi Alba and boost their chances for more glory in the coming years.

Barcelona come from behind and snatch the points from Rayo