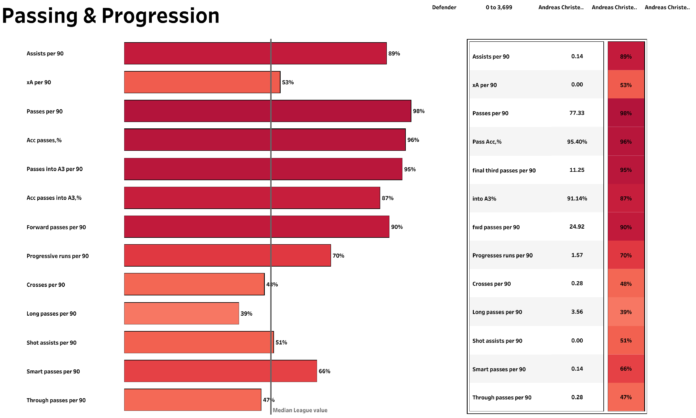 Barcelona have finally completed the signing of 26-year-old Danish defender, Andreas Christensen, from Chelsea. The player signed a four-year contract that will keep him at the club until 2026. Christensen was promoted to Chelsea’s first team in 2013. He was loaned out to German club Borussia Monchengladbach in 2015 for two years. After his return, Christensen helped his side to win the UEFA Champions League, UEFA Europa League, and English Premier League. Now, Barcelona have acquired the services of the ball-playing defender. Some of the stats mentioned below from last season show how the player could contribute to Barcelona’s success next season.

Christensen had an injury-hit season, and that limited his game-time on the pitch. He made 31 appearances in all competitions for the Blues. He scored two goals and provided an assist last season. 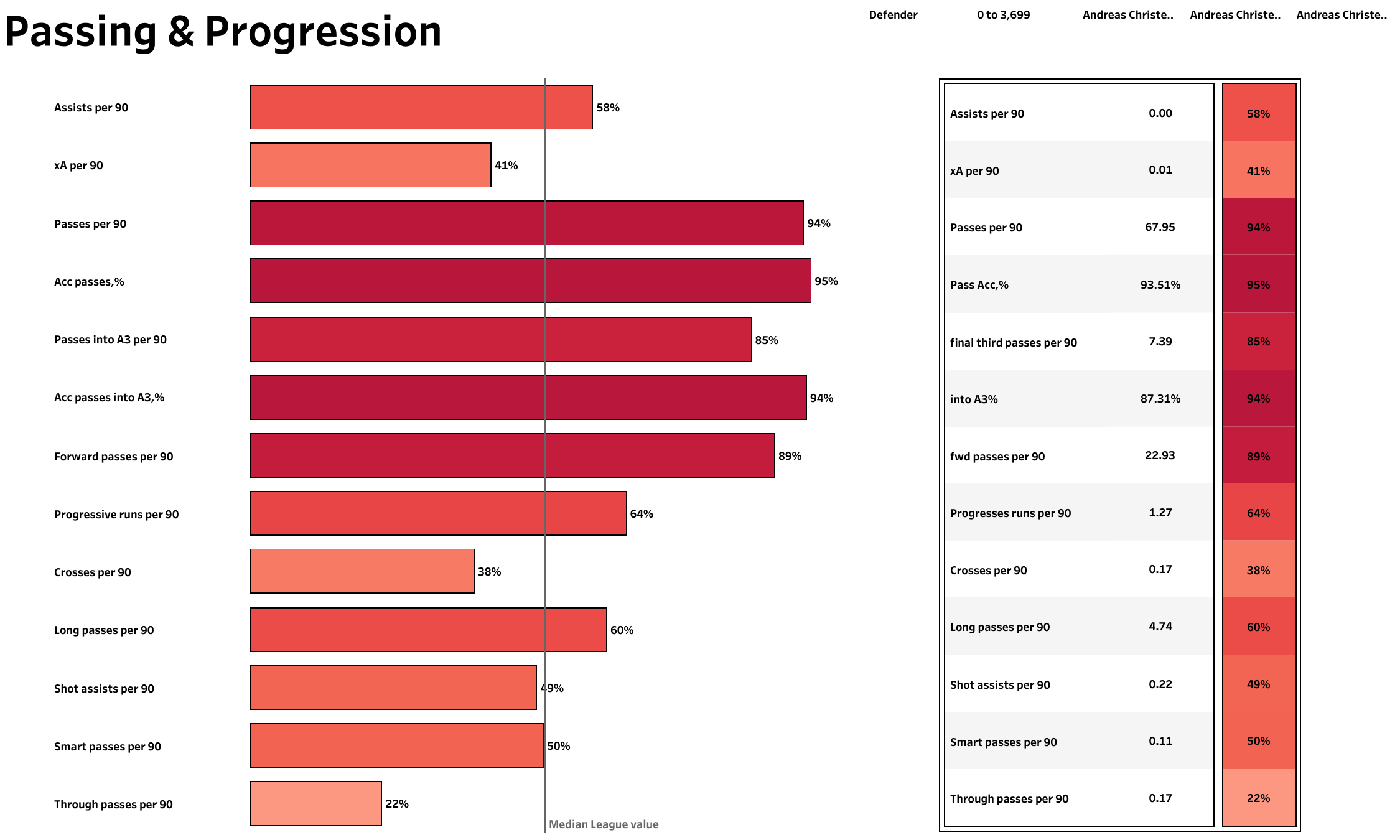 Christensen likes to keep possession of the ball and create some plays from the back. The above viz shows the passing stats of the defender in the English Premier League along with the percentile rank amongst the other defenders in the league. When looking at the above chart, the general rule is that the longer the bar, the better the performance — you can see the league average in the middle, and the % is the percentile rank the player is in. We can observe that the player had a high percentile rank for attempting passes, along with a high passing accuracy rate. Christensen averaged more than seven passes into the attacking third per 90 minutes and once again, had a high accuracy rate. This shows that Christensen can pass the ball from the back, and that suits Barcelona’s game style. 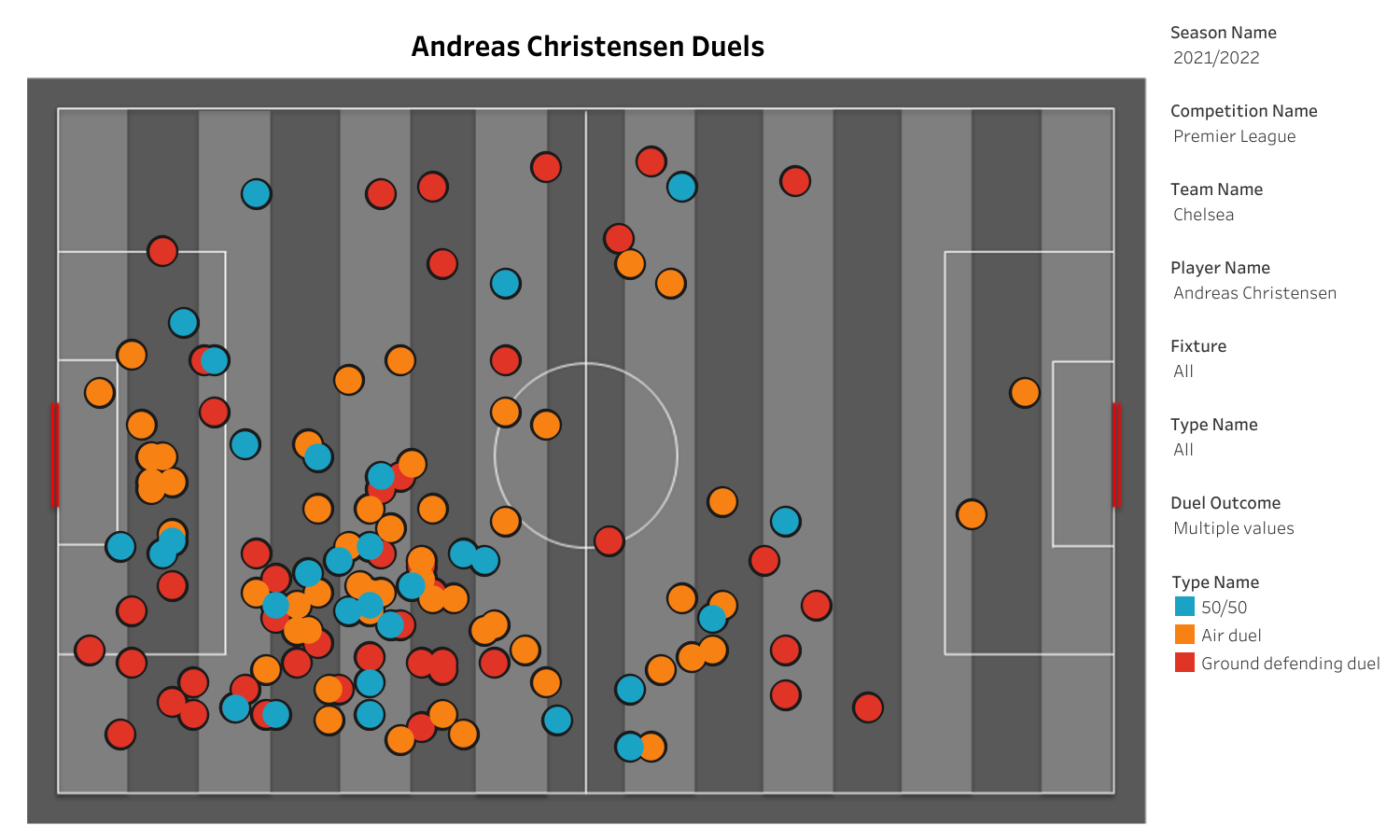 Christensen was involved in 9.9 defensive actions per 90 minutes and had a high success rate of 86.67%. This shows that the Danish defender only lost one or two defensive actions during the matches. The player averaged 4.96 defensive duels, 4.96 aerial duels, and 2.2 loose ball duels per 90 minutes. He won 23.33% of his defensive duels, 60% of his aerial duels, and 67.5% of his loose ball duels. Christensen played as the right centre-back and won most of the duels in the middle third. 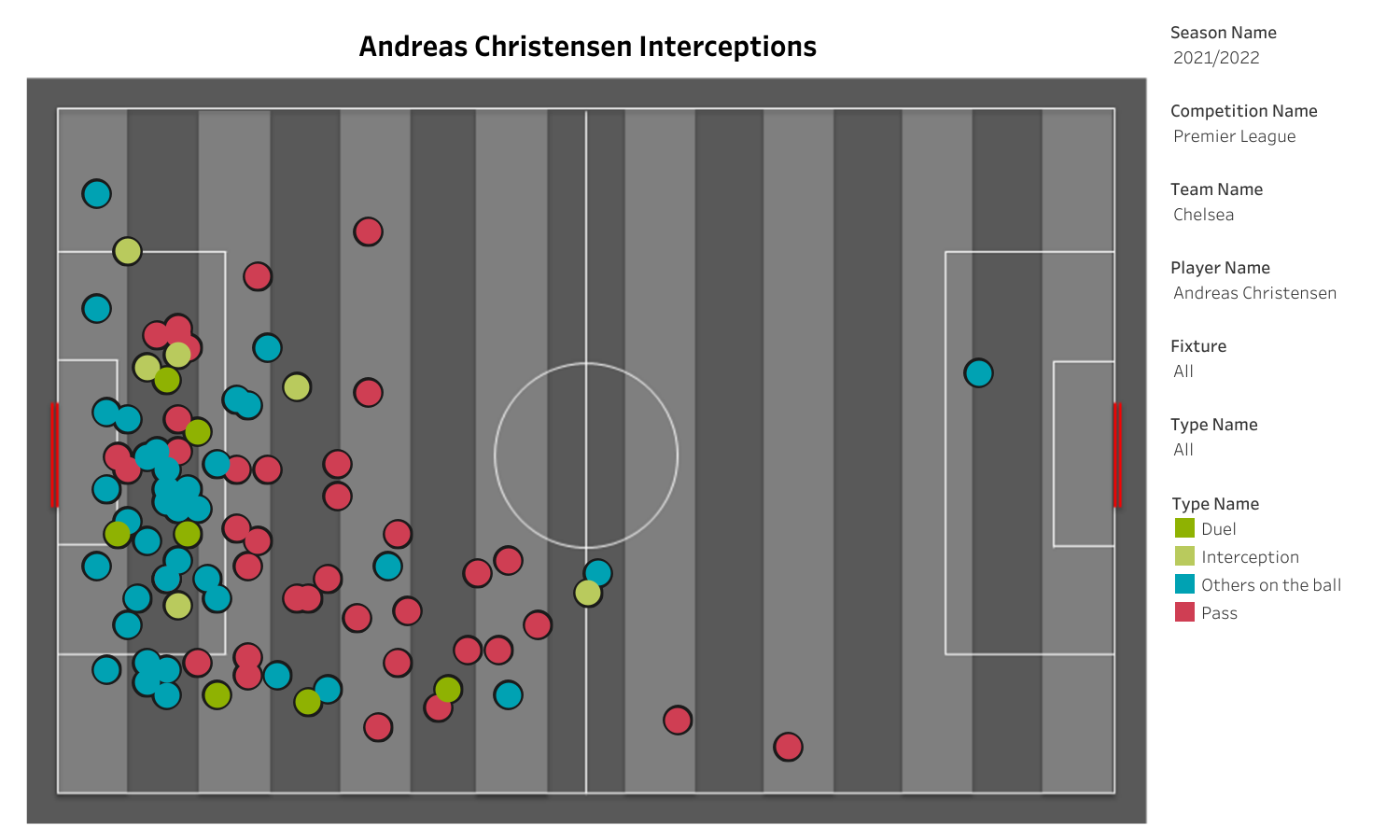 Other than this, Christensen averaged 4.9 interceptions per 90 minutes in the English Premier League. The above viz shows all the interceptions that the player made, and it shows that the defender intercepted most of the passes outside the penalty box. Adding to this, he had a high recovery rate of 12.35 recoveries per 90 minutes. 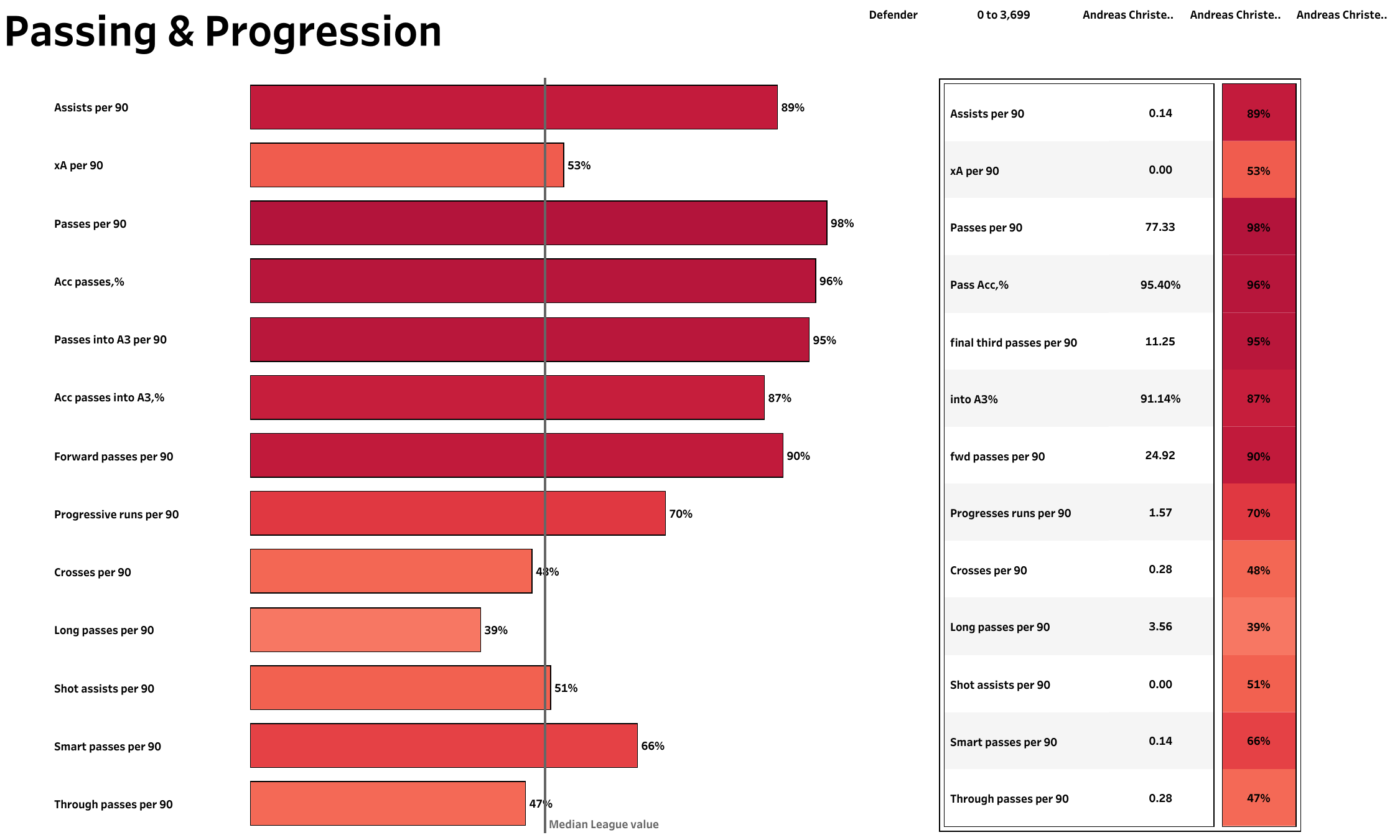 Christensen made eight appearances in the UEFA Champions League. He scored a goal and provided an assist in the elite competition. He continued his good form of passing the ball and averaged 77.33 passes per 90 minutes with a high accuracy rate. The passing stats were better in the UCL than in the English Premier League.

The Danish defender could fit into Xavi’s plans from the start of the season. Andreas Christensen can hold the ball and deliver passes with a high accuracy rate. His duel win percentage is also high, and the player loves to play high up on the pitch. He is just 26 and could offer a lot to the Spanish club.

“I need to play”: Midfield maestro disappointed with treatment at Barcelona