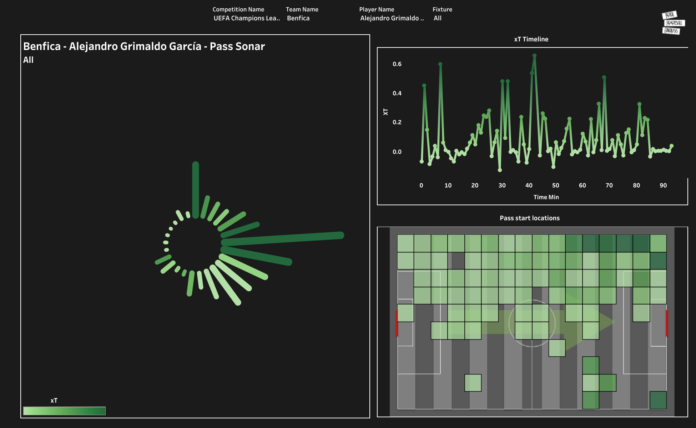 Barcelona is actively eyeing strengthening their squad for the next season. They are looking for players to sign for various positions, and one of them is for the left-back role. With Jordi Alba getting older, they needed some fresh legs on the pitch. The Spanish club has already set their sight on some of the available options, and one of them is their former academy graduate, Alex Grimaldo. The La Masia product is currently playing for the Portuguese side Benfica and has made some important contributions on the pitch.

Alex Grimaldo has made 11 appearances in the UEFA Champions League 2021/22 season so far. These include four qualification appearances along with six groups and one knockout stage appearance. His only goal contribution came against Bayern Munich away from home in the competition in the form of an assist. 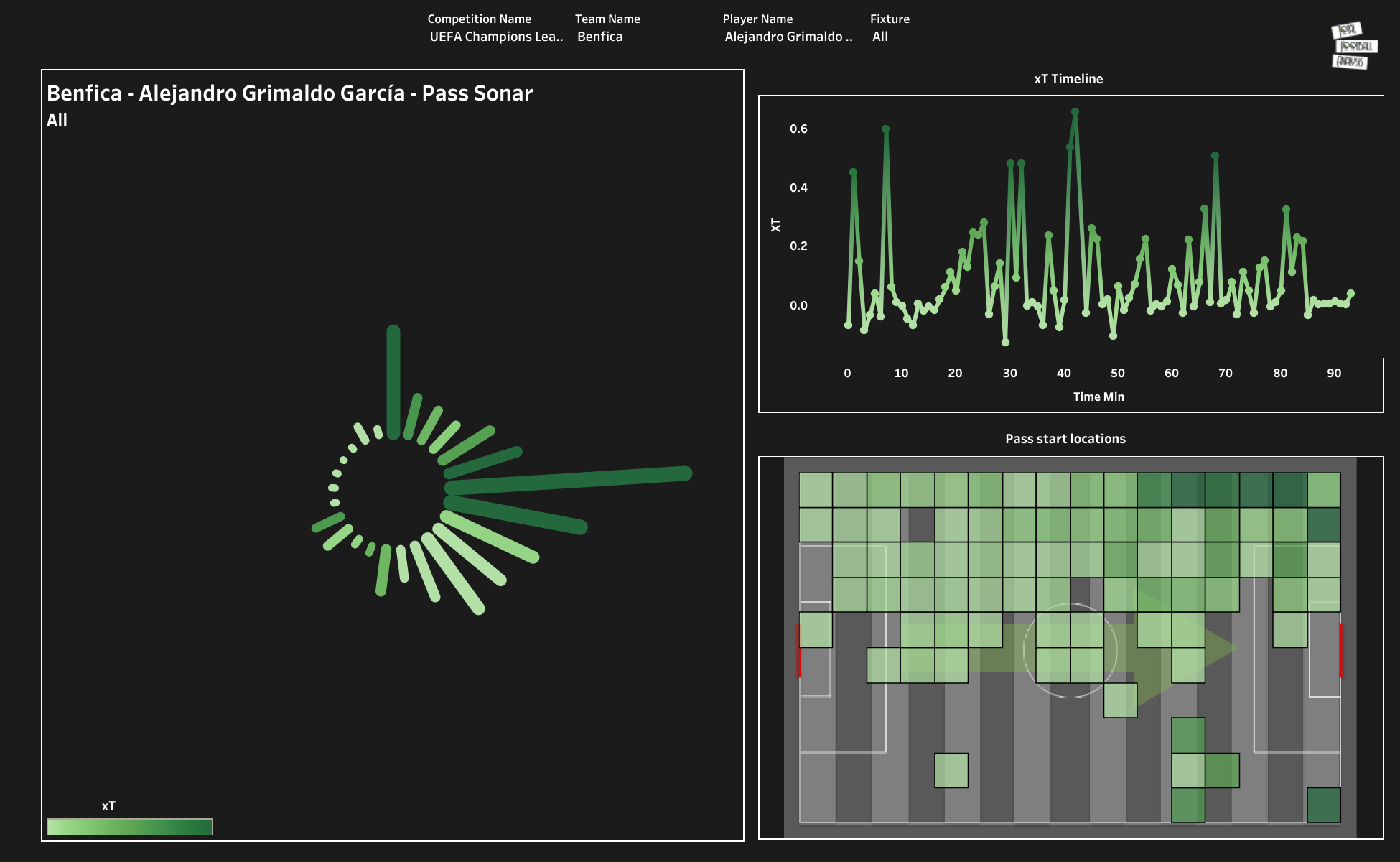 Alex Grimaldo has attempted 386 passes so far, and the most in a game came against Dynamo Kyiv in the group stage. The pass start location map shows that the full-back has covered a lot of ground on the pitch, and the greatest threat is created by passes attempted from the wider positions. He created a lot of threats towards the start of the match as well as the end of the first half.

His 386 passes included 27 crosses, 17 long passes, 11 smart passes, and eight through passes. Alex Grimaldo has attempted the most passes towards Julian Weigl. A total of 55 passes have been attempted towards the former Borussia Dortmund man, but they haven’t created any threats in the match. The highest threat is created by 12 passes towards Goncalo Ramos. 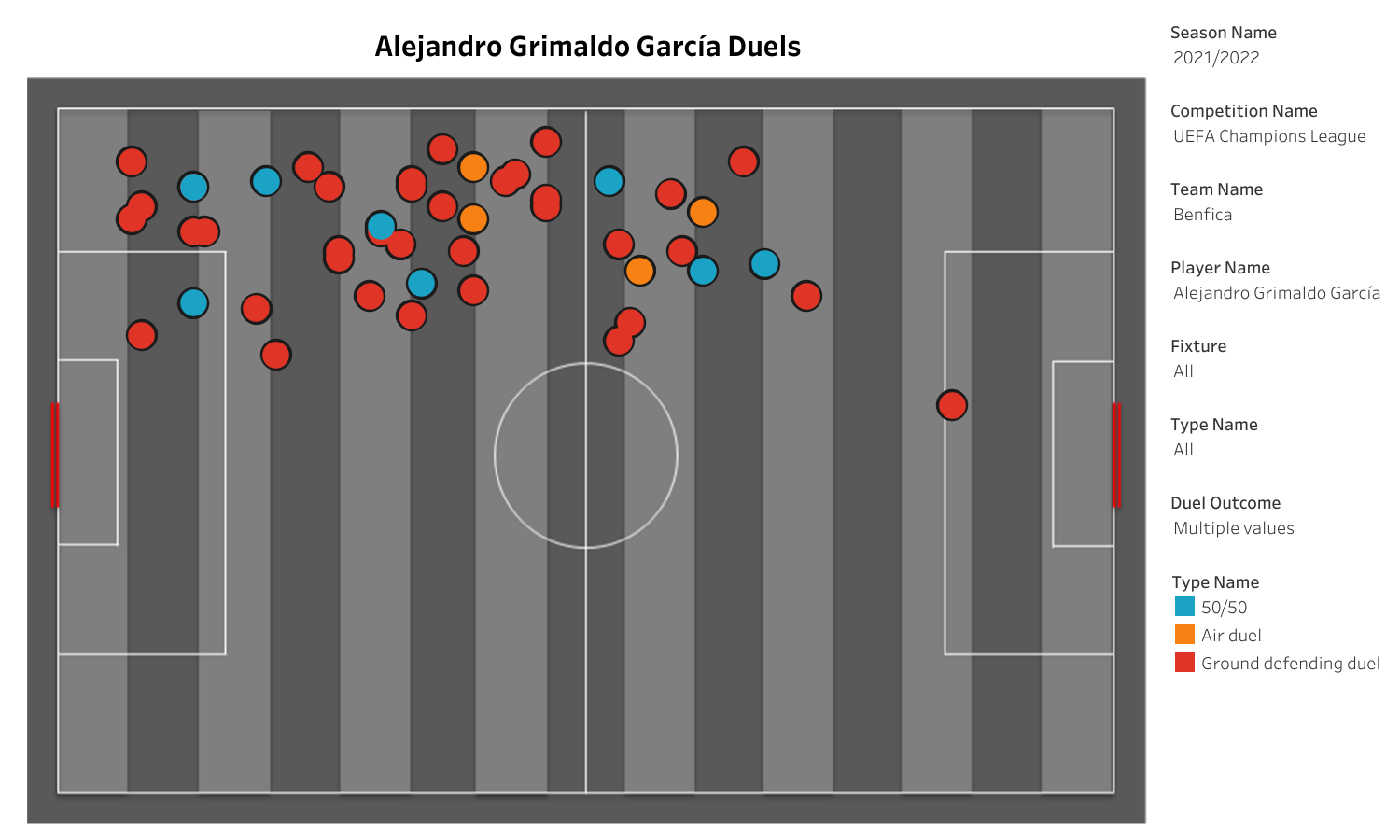 The above viz shows all the duels that Grimaldo has won or have ended on a neutral result. We can observe that he has won a lot of ground-level defensive duels. He has won most of the duels inside his half. The Spanish player has managed to win four aerial duels, along with eight loose ball duels. 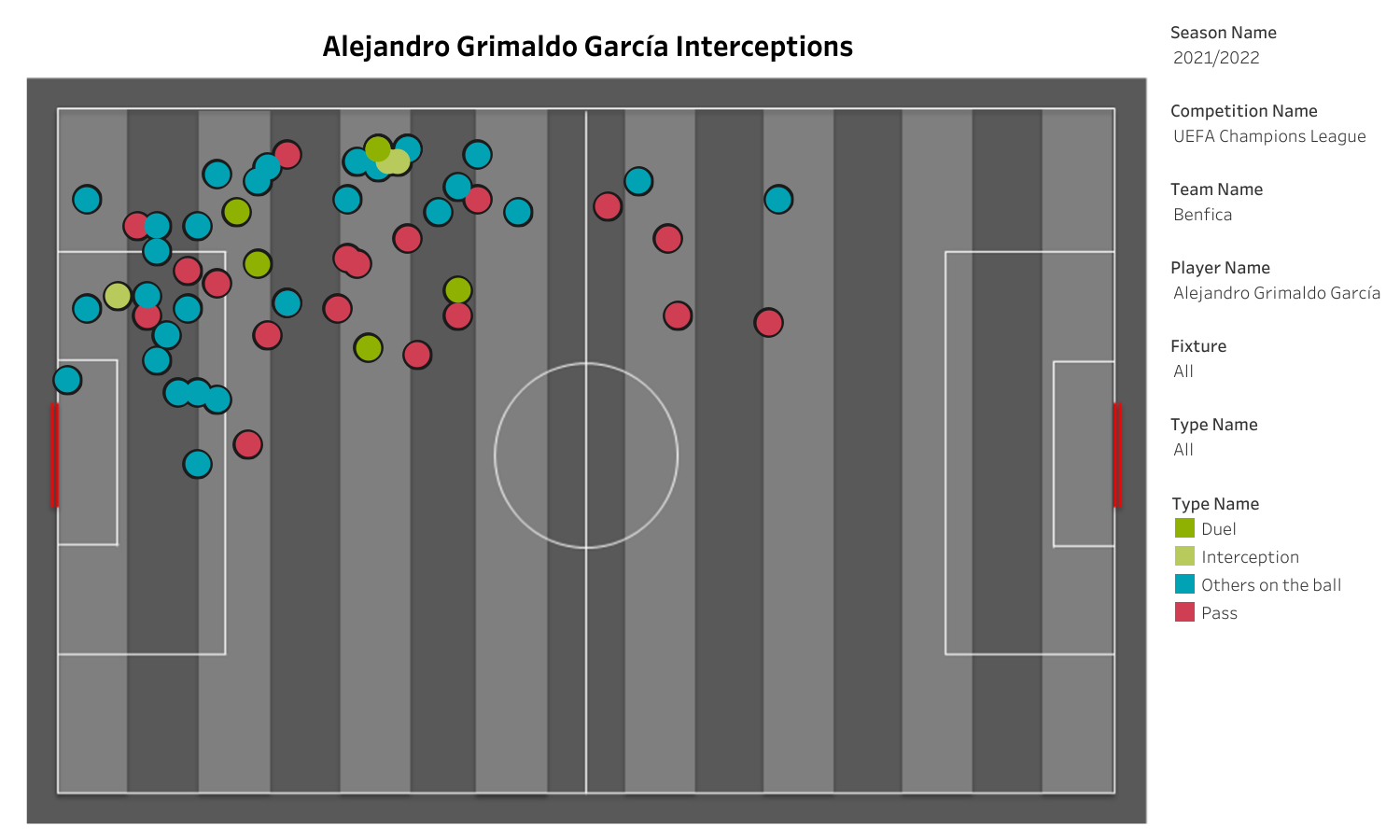 Alex Grimaldo already knows the way that his former side plays. He left the club to spend more time on the pitch. Barcelona will be eyeing a move for the full-back in pursuit of adding more silverware to their cabinet.

No Messi, no problem: Barcelona cruise past Inter in a dominant...